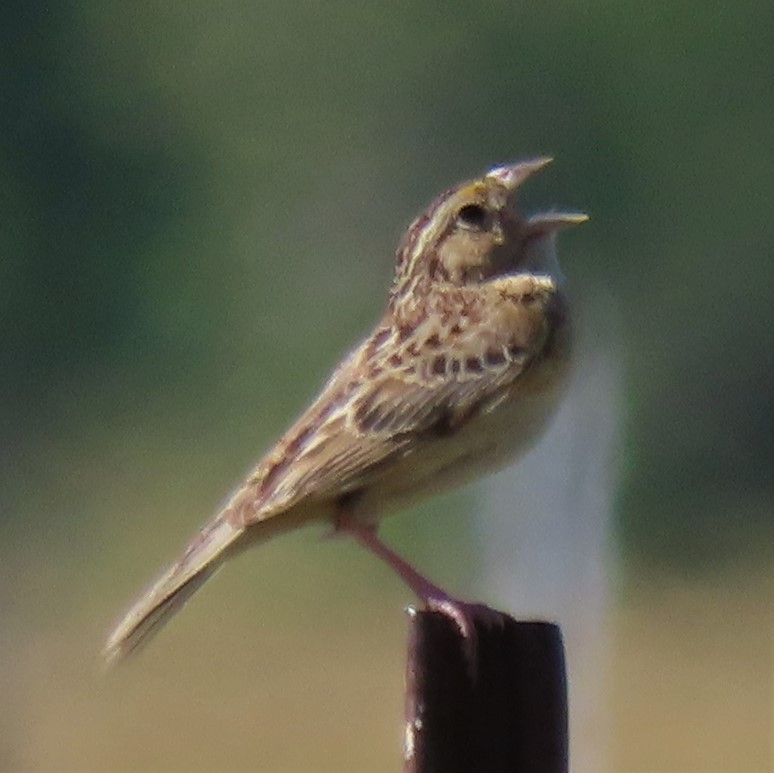 Grassshopper sparrow, Ammodramus savannarum, doing what they love to do best, sitting on top of a fence post singing its wheezy insect-like song. 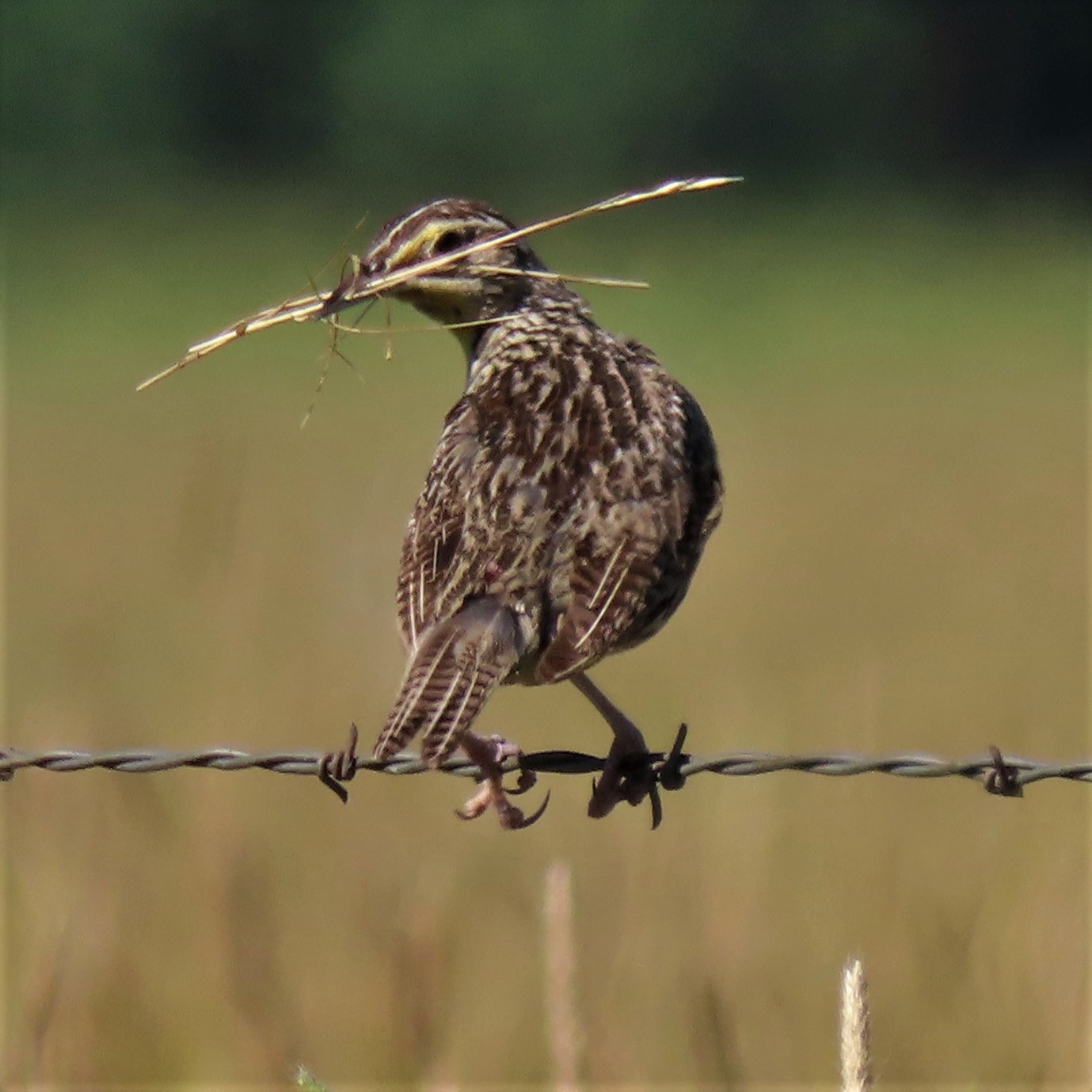 Western Meadowlark, Sternella neglecta, with nesting material in its beak. Probably its second round of nesting for the season. 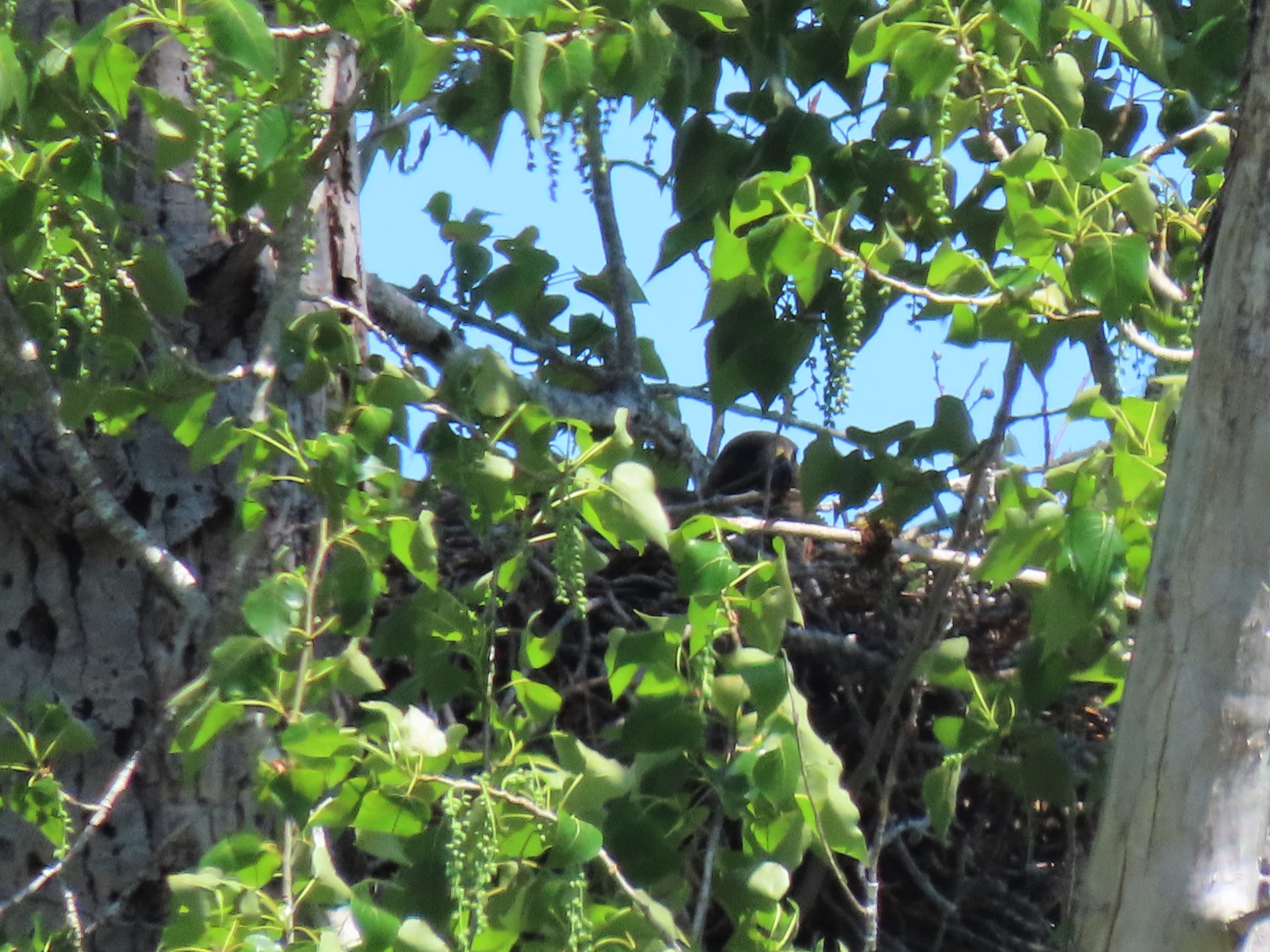 This is the same Red-tailed hawk, Buteo jamaicensis, I wrote a blog about last year. It was good to see them nesting again this year. 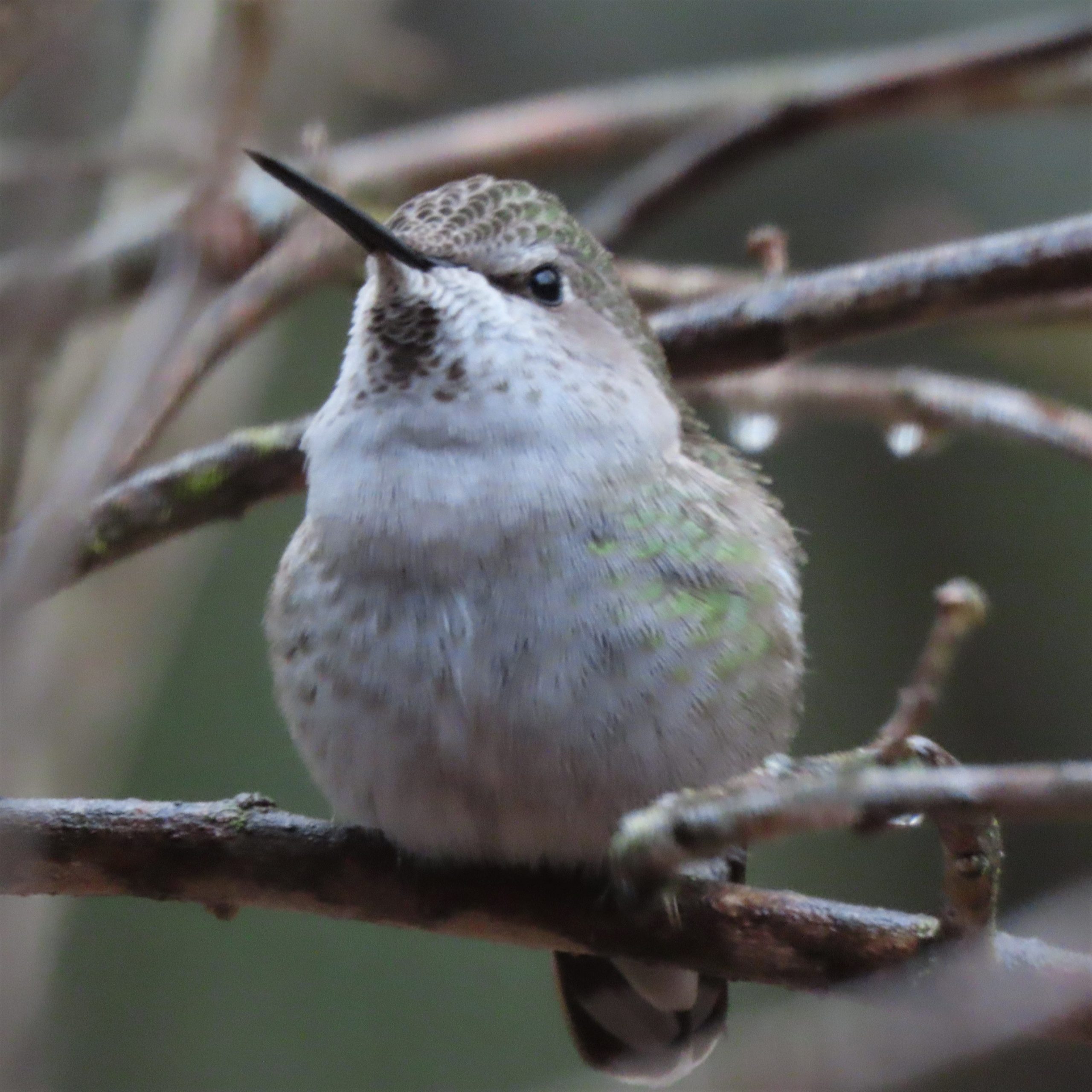 A juvenile Anna’s hummingbird, Calypte anna. which was so relaxed and and allowed me to take this photo! Good to know they are breeding in the valley. 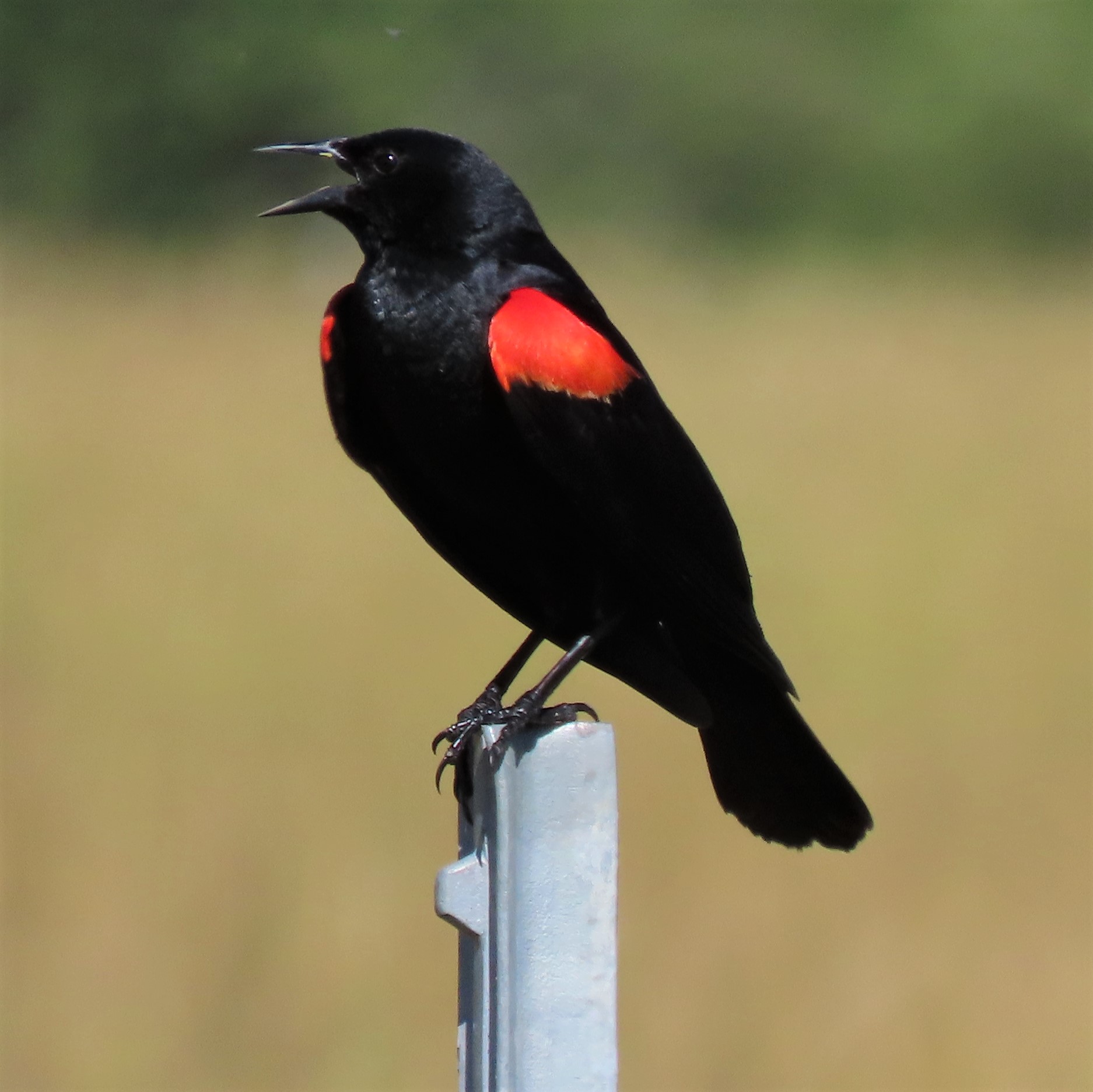 Red-winged blackbird, Agelaius phoeniceus, male singing to protect its territory from other males. 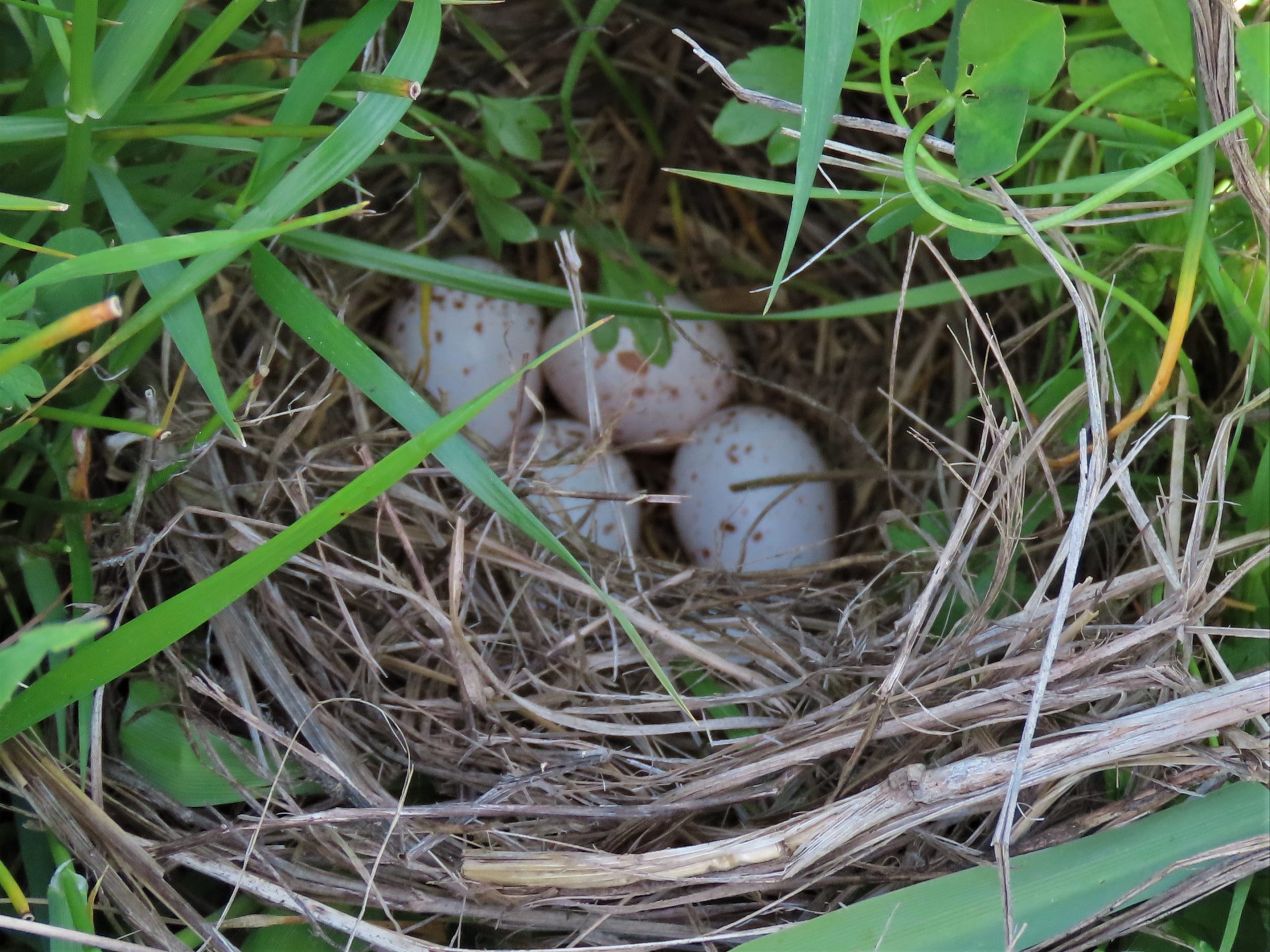 The first Western Meadowlark nest with eggs I have found on the Mitigation lands, though there are probably at least 50 or more breeding pairs! 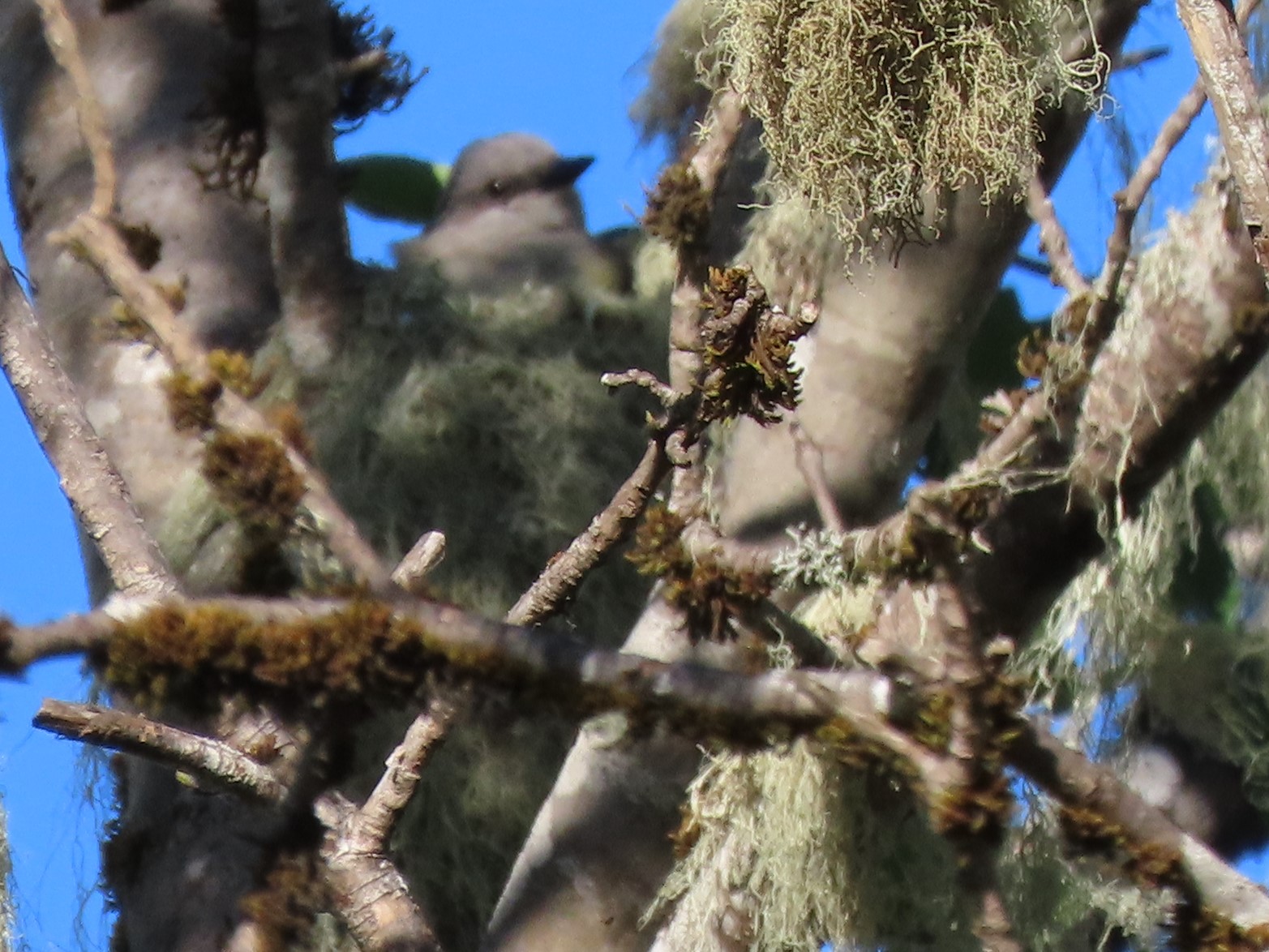 This very fuzzy photo was taken from far away, with the wind blowing, and lots of branches in the way. It is a female Western Kingbird, Tyrannus verticalis, sitting in a lovely lichen filled nest. 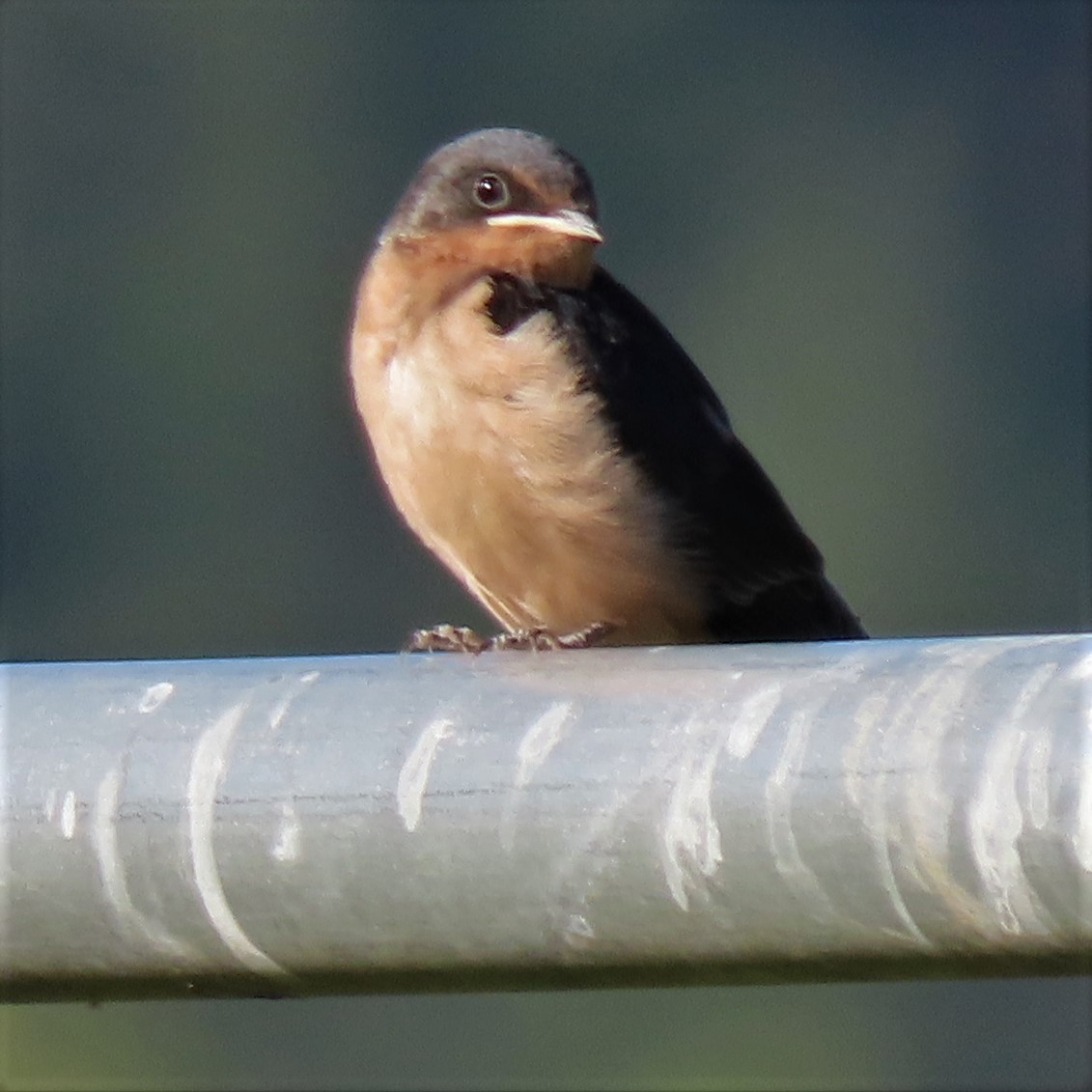 This was one of 6 juvenile Barn swallows,  Hirundo rustica, that was being fed by its diligent and hard-working parents as they sat and waited on this shade structure.

It has been a while since we have been able to produce our weekly blog. May is one of those busy months on the project where all of us are working diligently in the field to accomplish some important goals, such as monitoring North Coast Semaphore grass and Baker’s Meadowfoam populations and treating invasive plants. In addition, I have just wrapped up our annual spring breeding bird survey.

Last year I described this extensive point-based process in detail. This survey is part of our MMP we adhere to, or the Mitigation and Monitoring Proposal. The survey protocol was created by the Point Blue Conservation Science organization from Petaluma, California. This organization was originally called the Point Reyes Bird Observatory and has been collecting breeding and migrating bird information since 1966. Their work has expanded a lot in the last 6 years that we have been conducting the breeding bird survey here, and we hope to work with them more in the future.

This year (as in the past) I had seven wonderful volunteers to help out during the course of a week and a half, most of whom are associated with the Peregrine Audubon Chapter. Roles for the bird surveys include a recorder, to write down the birds that get called out, a person to keep track of the time, and a photographer. All of us use our ears and eyes to see as many birds in a 3-minute period as we can. Keith Leland came just about every day and his brother Kent came two days. They are fantastic photographers and took some wonderful photos (which I, unfortunately, did not have for my blog). Helen Menasian served as our patient and neat recorder. Mike Curry, Dave Bengtson, Lee Farese, and Chuck Vaughn all signed up to help listen and look for birds.

This year I expanded the breeding bird count to include our upland parcel located off East Side Road. This area has a nice array of habitats that includes two woodlands, two grasslands, and three created wetland areas. We now have four new points and with the removal of some of the redundant points there is a total of 56 points to collect bird data from. The points represent GPS spots that have been mapped and located in the three main habitat types we have present in Little Lake Valley. The habitats are wetlands, grasslands, and riparian areas. The purpose of this count is to check in and keep track of the numbers and variety of birds that are breeding in those areas, pay attention to the differences within those habitats, and to see if there are any, positive or negative, effects from the mitigation work itself. All this data will be eventually entered into an excel spreadsheet to make those comparisons and draw conclusions.

March, April, and May were drier than the last few years, so areas that are normally so wet rubber boots are required were easily accessible. The dry conditions may impact the wetland bird numbers. Luckily, the valley floor has a high-water table, so the grasses are still green with only a slight reduction in height. Grasshopper sparrows seemed to be more plentiful than last year, but I will know more when I have a chance to look at the data from this year and compare it to past years.

Each breeding bird count I participate in helps me to focus on the amount of work it takes for parent birds of all species (except the brown-headed Cowbirds!) to raise their young. So many birds are flying around franticly gathering insects and Lepidoptera species up in their mouths. Caterpillars, katydids, mosquitoes, and the many Odonata, or dragonflies, are also preyed upon. Today we saw many dragonfly wings littering the ground under a group of swallows sitting on an electrical wire line. Nest building is always a wonder, as each species is particular about what they use and how they build their nest. The difference between a Killdeer nest and a Marsh wren nest is mind boggling. The Killdeer basically scratch a small area out on the ground, a slight depression with a few rocks, while the diminutive Marsh wren weaves a complicated elongated nest with a side entrance and often creates at least 2 to 5 “dummy” nests to fool their predators. This is a project I look forward to participating in each year as it gives me an opportunity to tune in to the conditions in Little Lake Valley and our Avian residents’ behavior.