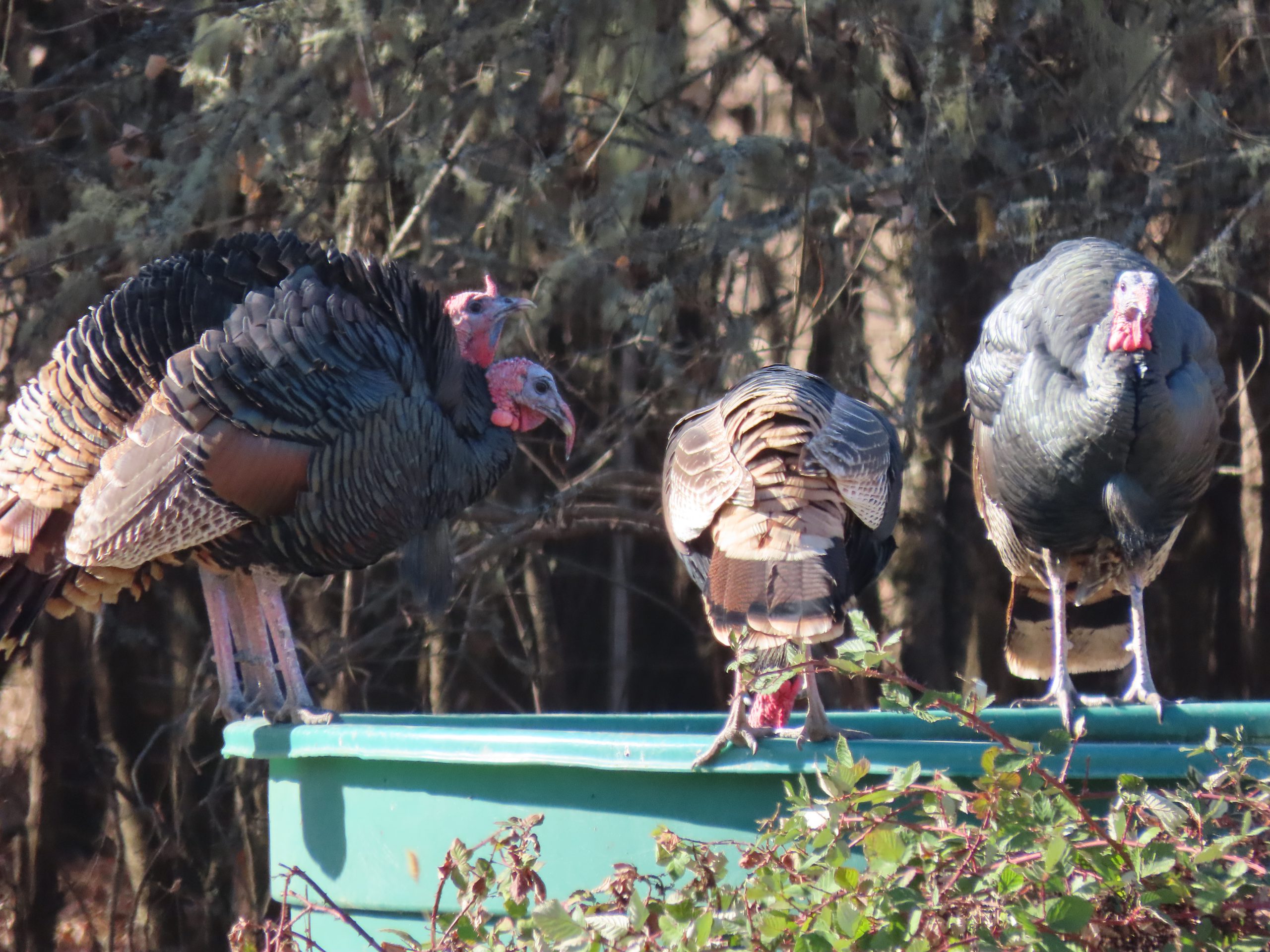 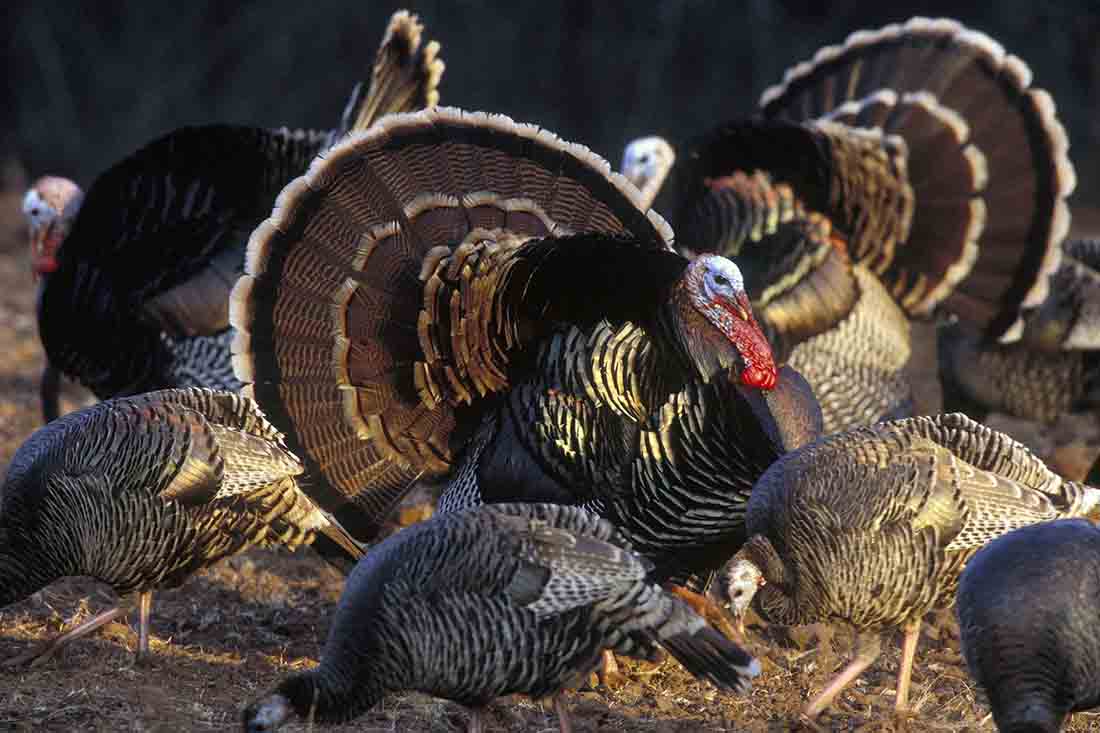 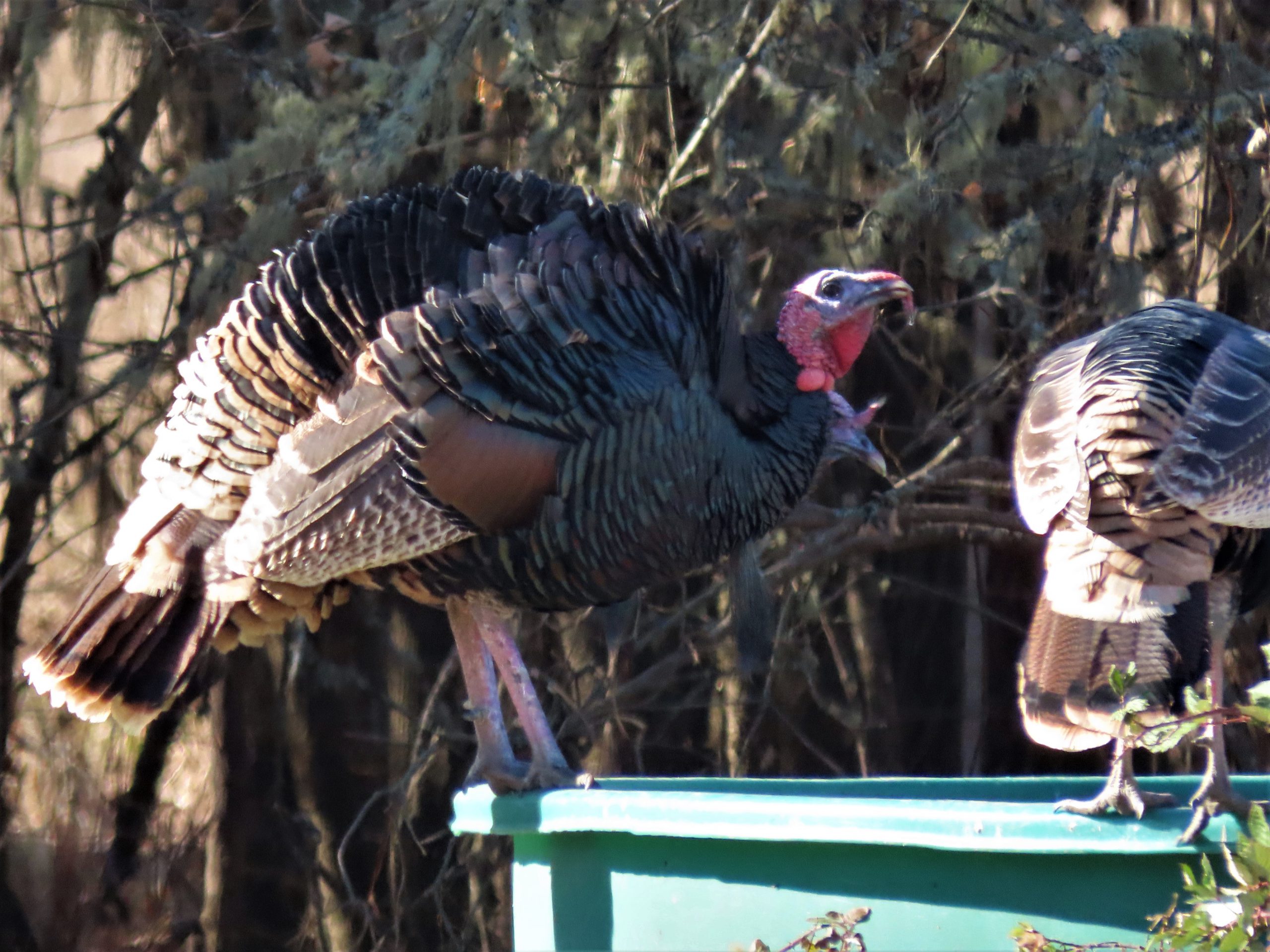 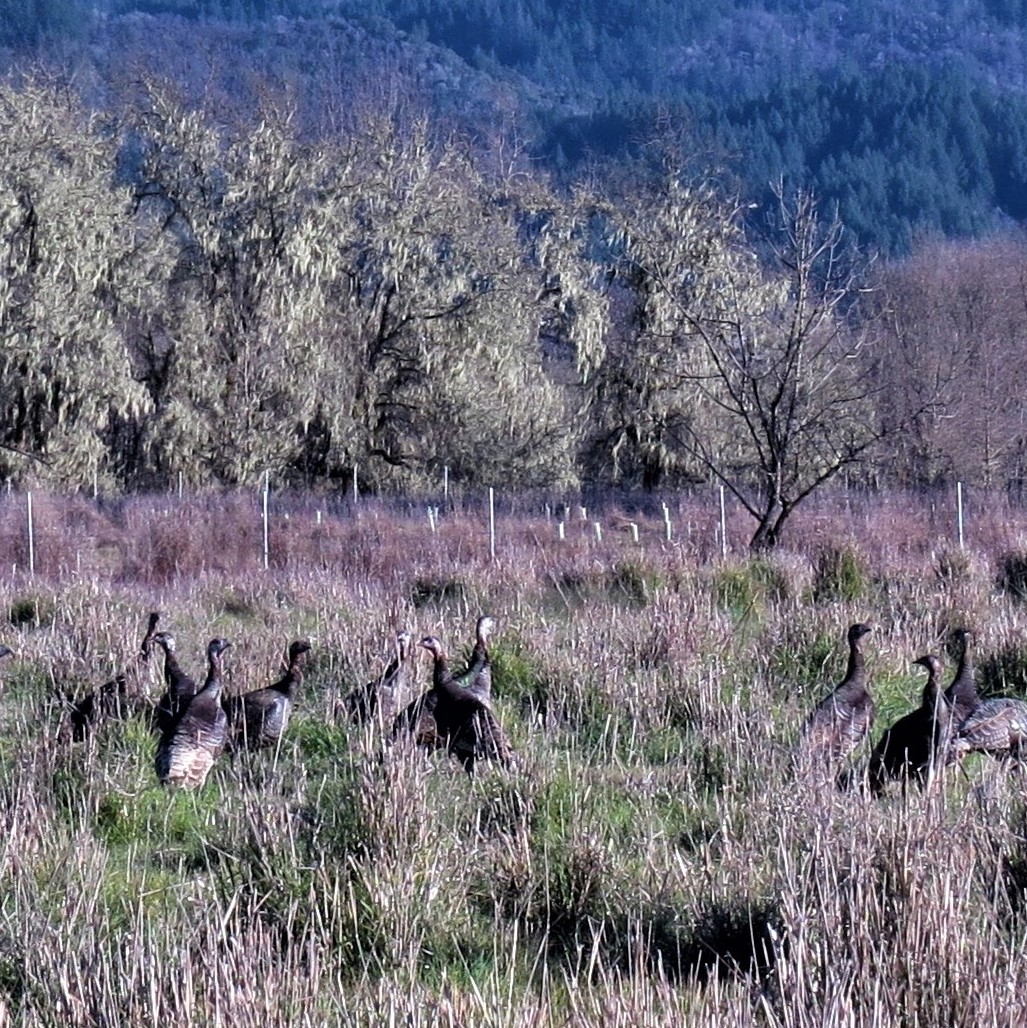 As Thanksgiving approaches, I always want to write about our Wild turkeys that are found throughout the area in grasslands, wet meadows, mixed forests, and on the drier hillsides. Last year I wrote about how these turkeys are not native to this area and talked about their impact on the native animals such as our amphibians and reptiles.  These last few weeks walking out in the Willits valley I have seen many of these large birds. One day in particular I observed them gathering around one of the water troughs for the cattle, taking deep long drinks of water. Their clucks and yelps got my attention at first, and some of the males were fanning their tails out as the females milled around with their young, or ‘poults.’

Here are some facts I have learned about the Wild turkeys. They are large, ground dwelling birds with powerful legs, fan shaped tails, and a red fleshy lobe called a “wattle” that hangs from their chin. Male turkeys, also called “toms” or “gobblers,” sport a “beard” consisting of a tuft of black filamentous feathers protruding from their breast. Females, also known as “hens,” are smaller than the males, and have less impressive plumage. Young male turkeys are called “jakes” and have shorter tail feathers and a shorter beard than the adult males. Turkeys have a keen sense of hearing despite having no external ears and have excellent eyesight. They have an extremely wide field of vision because their eyes are located on opposite sides of their head.

They are relatively fast and can run at speeds of up to 20 miles per hour. They are also short-distance fliers when they need to scramble and can reach speeds of up to 55 miles per hour. A full-grown male turkey will measure up to 4 feet long and may weigh up to 30 pounds. With a 6-foot wingspan, they are one of the larger forest birds, roosting in the evenings in the tree canopy. A turkey’s diet consists of seeds, nuts, fruit, insects, small lizards, snakes, and pretty much whatever small animal they can catch. Turkey calls can be quite loud. On a clear, quiet day, a gobble made by a male turkey can be heard from a mile away.

As I watch these interesting birds, I notice how much they communicate with each other and how they are continually interacting. This flock of almost 30 individuals is a family of sorts and since it is not mating season, they all seem to be getting along.  Benjamin Franklin wrote that the Wild turkey would have made a better choice for the national bird of the United States than the bald eagle. Although the turkey was a little vain and silly, it was a bird of courage, and would not hesitate to attack British troops that invaded his farm yard with a red coat on. It is astounding how well the Wild turkey has adapted to living all over California in many habitats and this makes me think Benjamin was right!