Whose Homes are These? 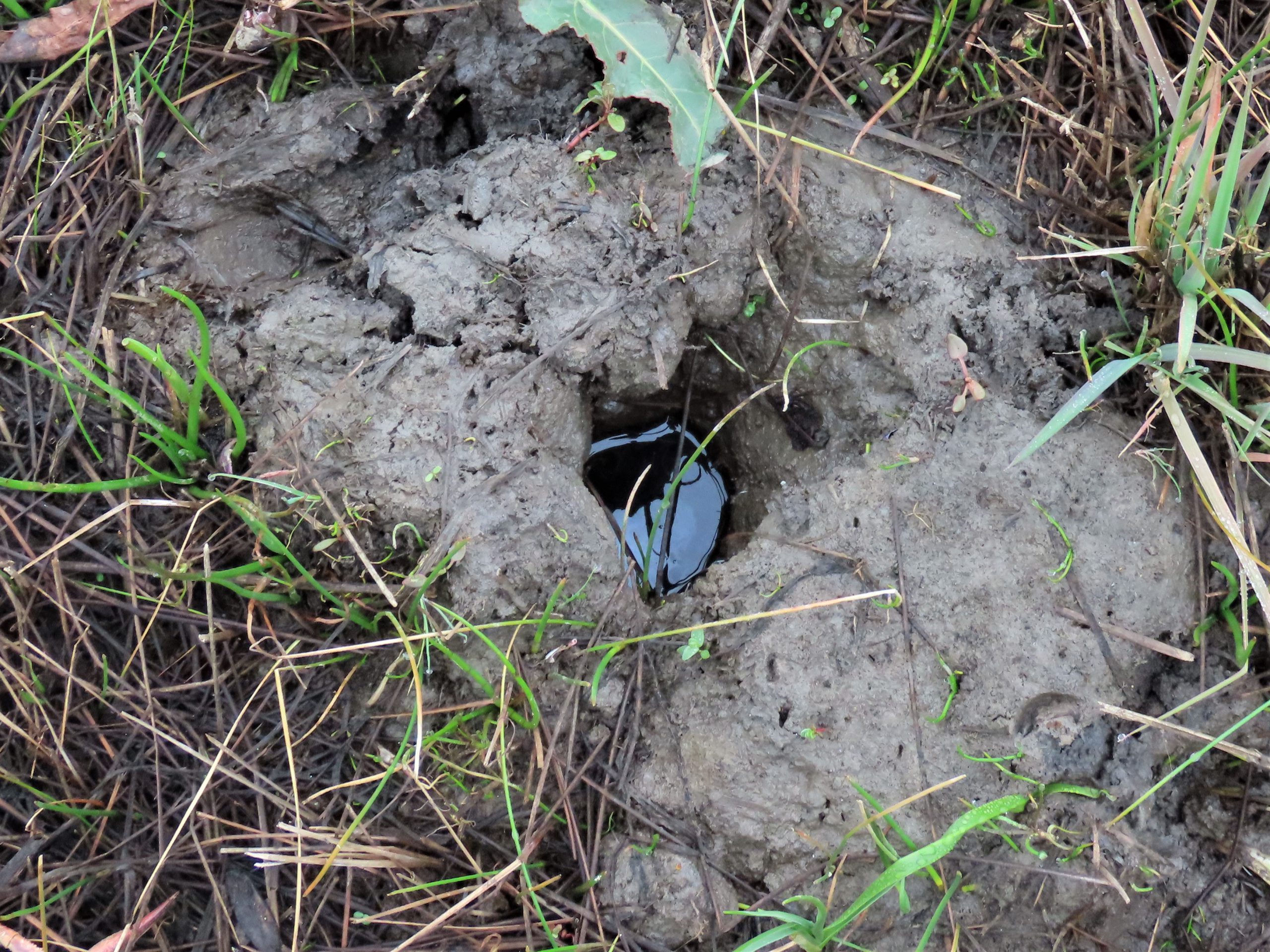 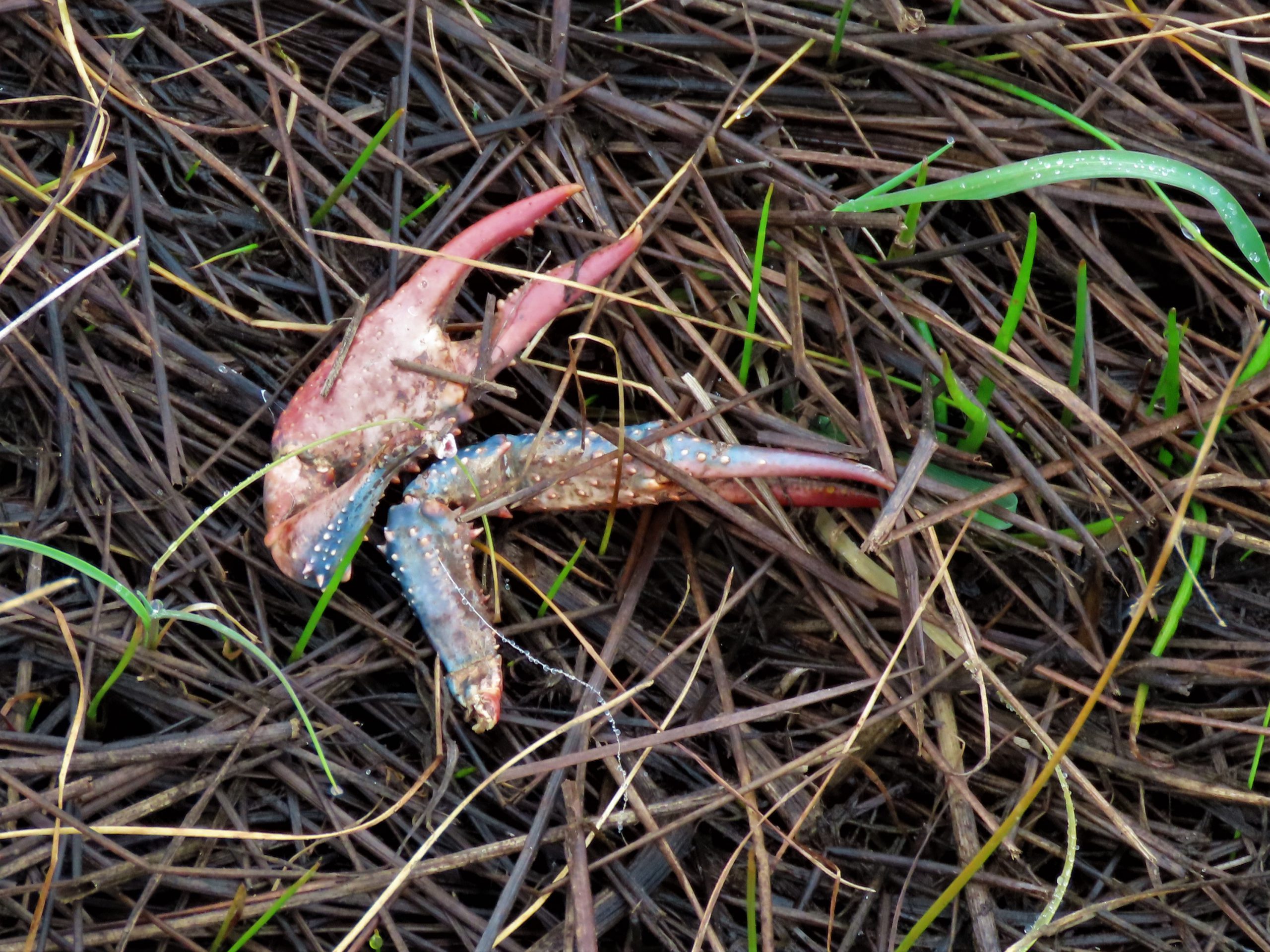 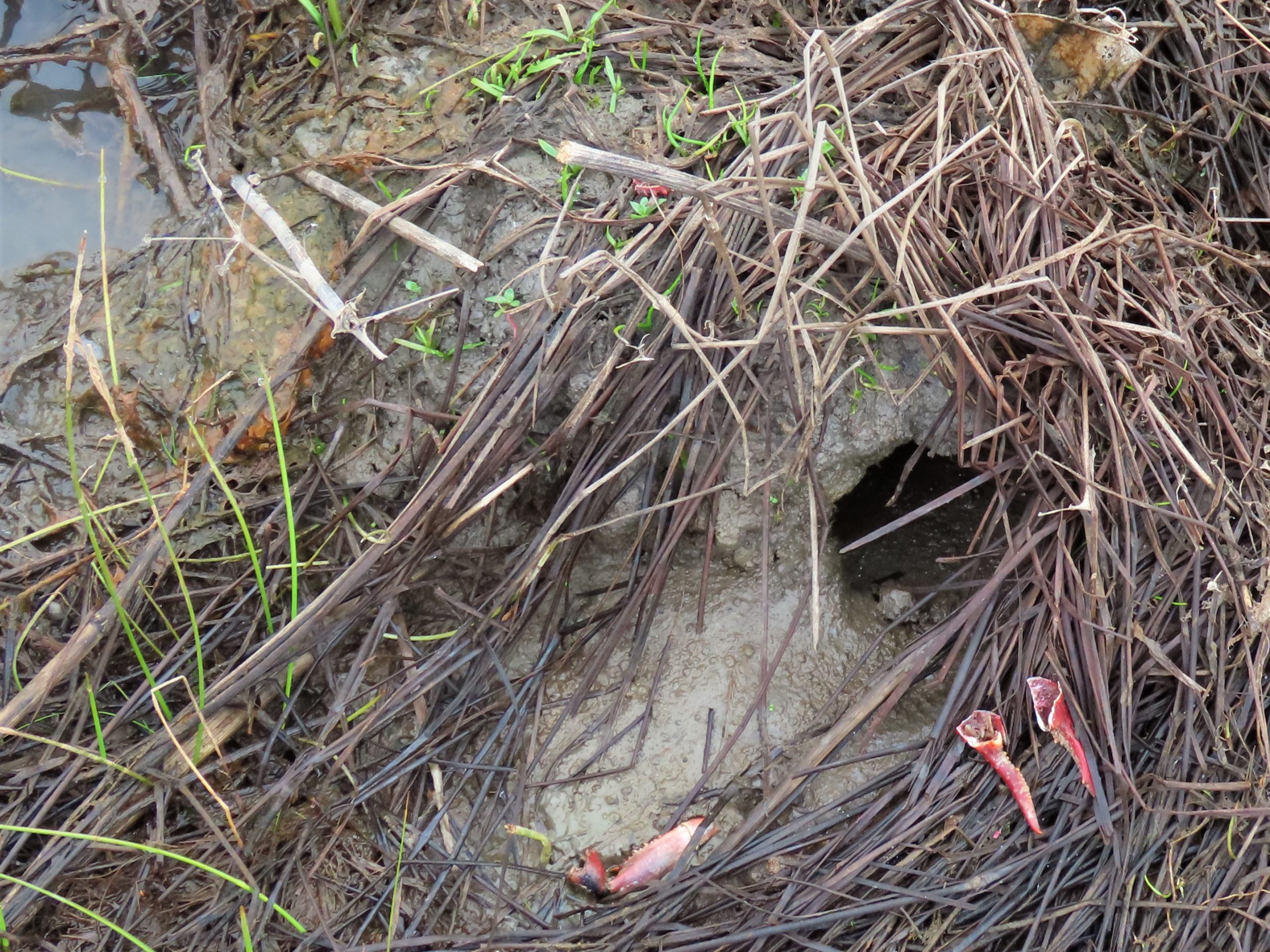 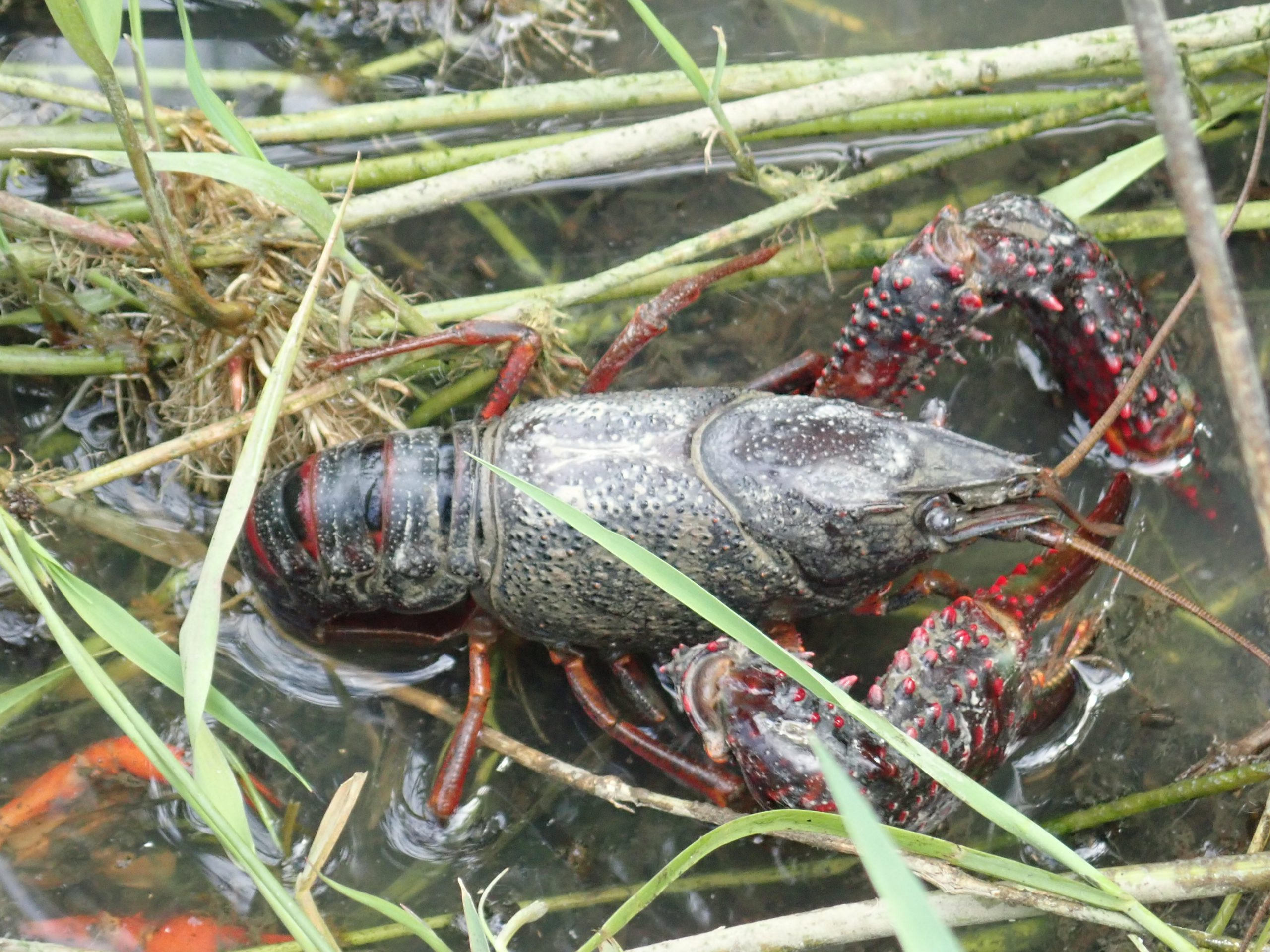 Finally…a cool, almost moist day and I am out in the northern wetlands walking around looking at some very interesting mounds of wet clay. What are these burrow-like things? Some look like little volcanoes, others like caves flooded with water. Further upland there appears to be dozens of gopher and vole mounds, but these can’t be from gophers because they seem freshly made and are filled with water. As I peer into one of them, I see the inhabitant looking back at me then quickly disappearing. It is a crawdad! As I continue walking out into the not-so-wet wetland area, I begin to see many crawdad parts strewn around. This crawdad is good source of food for much of the wildlife that live here such as foxes, raccoons, river otters, and a variety of bird species too. Many creatures have been feasting on these juicy morsels. No wonder the crawdad I observed disappeared so quickly!

This is the non-native and invasive Red swamp crawdad, Procambarus clarkii, and it has established itself in the Little Lake Valley.  It is native to northern Mexico and southern and southeastern United States. According to a study called “Removal Efforts and Ecosystem Effects of Invasive Red Swamp Crayfish (Procambarus clarkii) in Topanga Creek” by the Southern California Academy of Sciences in 2015, California Red swamp crayfish  have spread far across the globe, posing an invasive threat to freshwater species abundance and community diversity (Ficetola et al. 2011). …This crustacean grows rapidly, maturing within three months after hatching, and can reproduce twice a year in warm conditions (Barnes 1974; Vodopich and Moore 1999). Large healthy females typically produce 600 viable young furthering their ability to spread quickly (Barnes 1974; Vodopich and Moore 1999). Procambarus clarkii are omnivorous consumers of an array of plant and animal matter such as macrophytes, detritus, amphibian eggs and larvae, aquatic invertebrates, and small fish, thus affecting the riparian food web on a polytrophic scale (Momot et al. 1978; Momot 1995; Stenroth and Nystro¨m 2003). The article goes on to show how this was measured and what the results implicated. This is an aggressive predator on native aquatic species!

One of the impacts of this extremely adaptable crawdad that researchers have found is that it preys on native California newts and has been implicated in the disappearance of these amphibians from aquatic systems. This is of grave concern because the California newt has been listed as a species of special concern in California. The Red swamp crawdad also impacts the only native crawdad left in California, the Shasta crawdad. It is endemic to Shasta County and it is listed as endangered because of water diversions, predation, and competition from another non-native crawdad called the Signal crawdad.

In conclusion, as much as these creatures are truly interesting with their bright red claws, interesting burrows, and being an important food source for wildlife, it is worrisome that we have so many living in our Outlet creek watershed.