What Are the Elk up To? 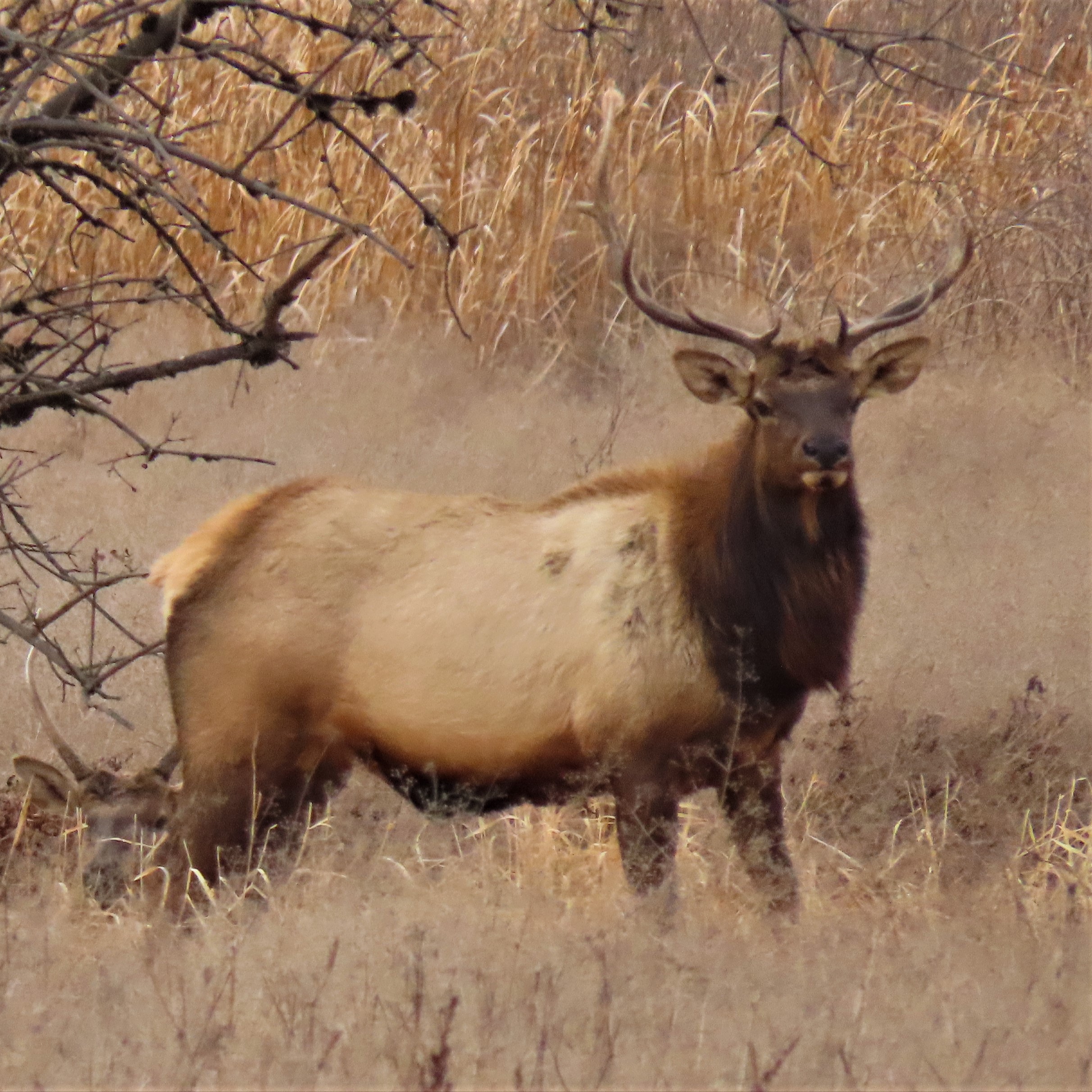 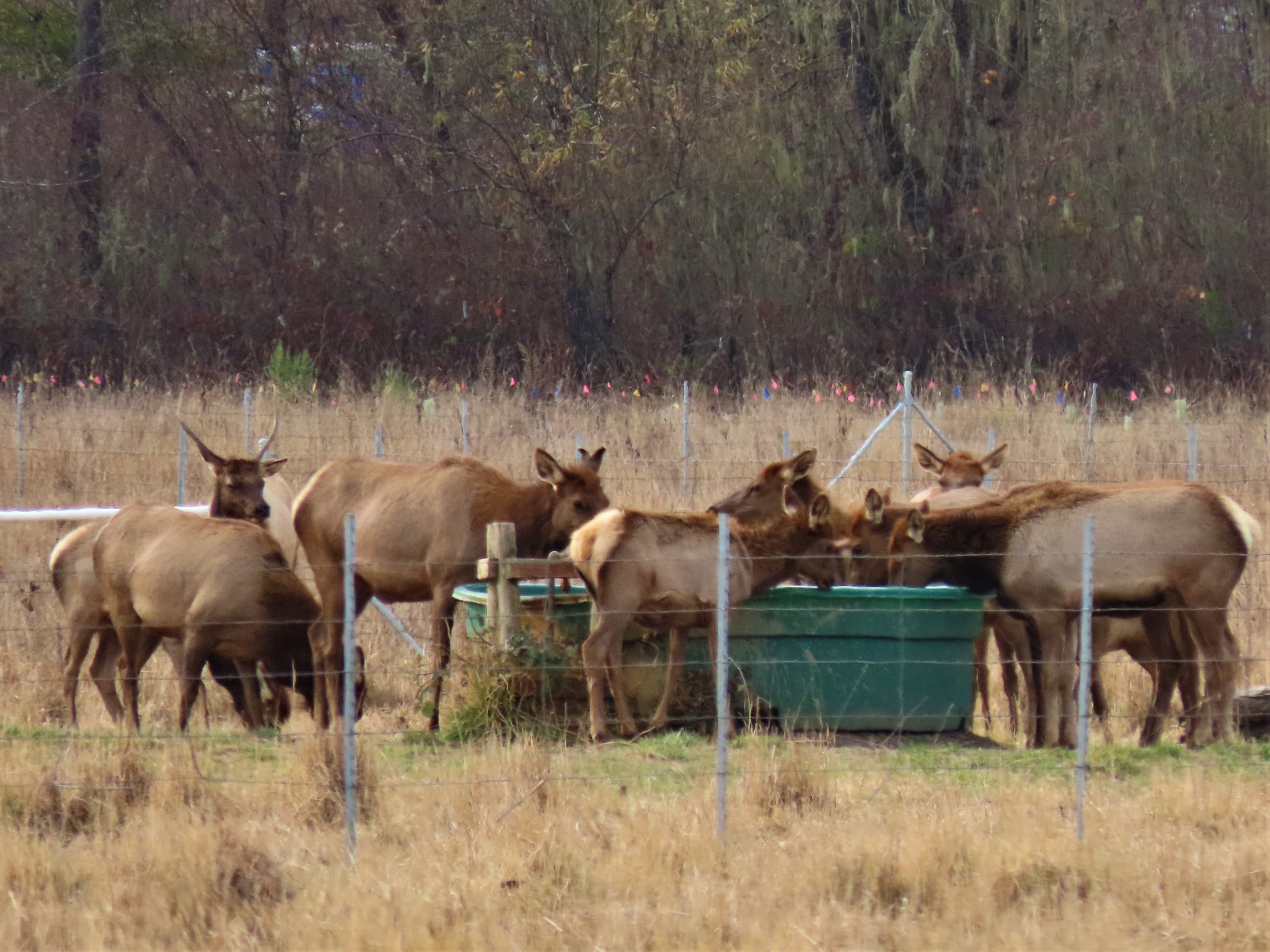 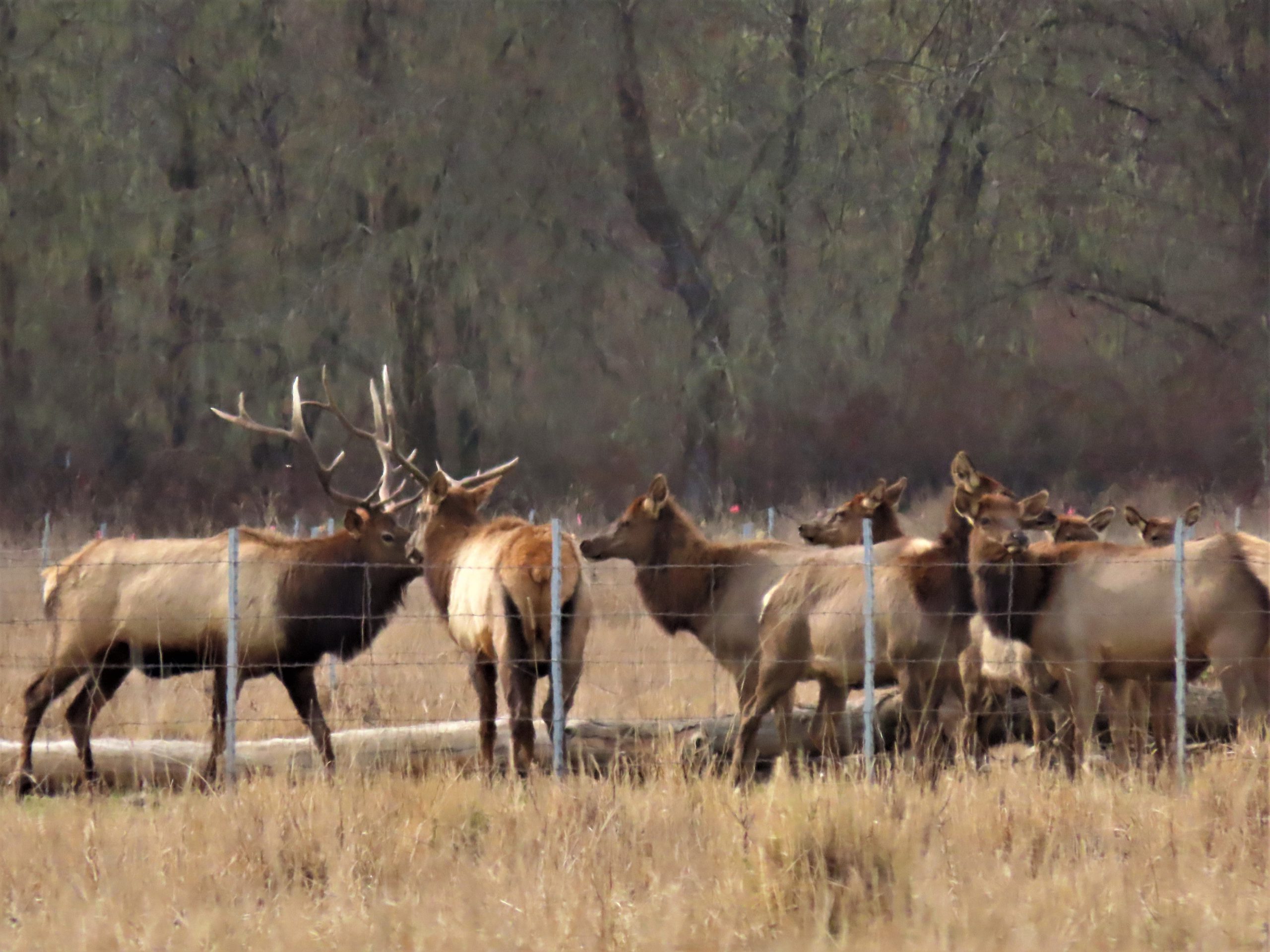 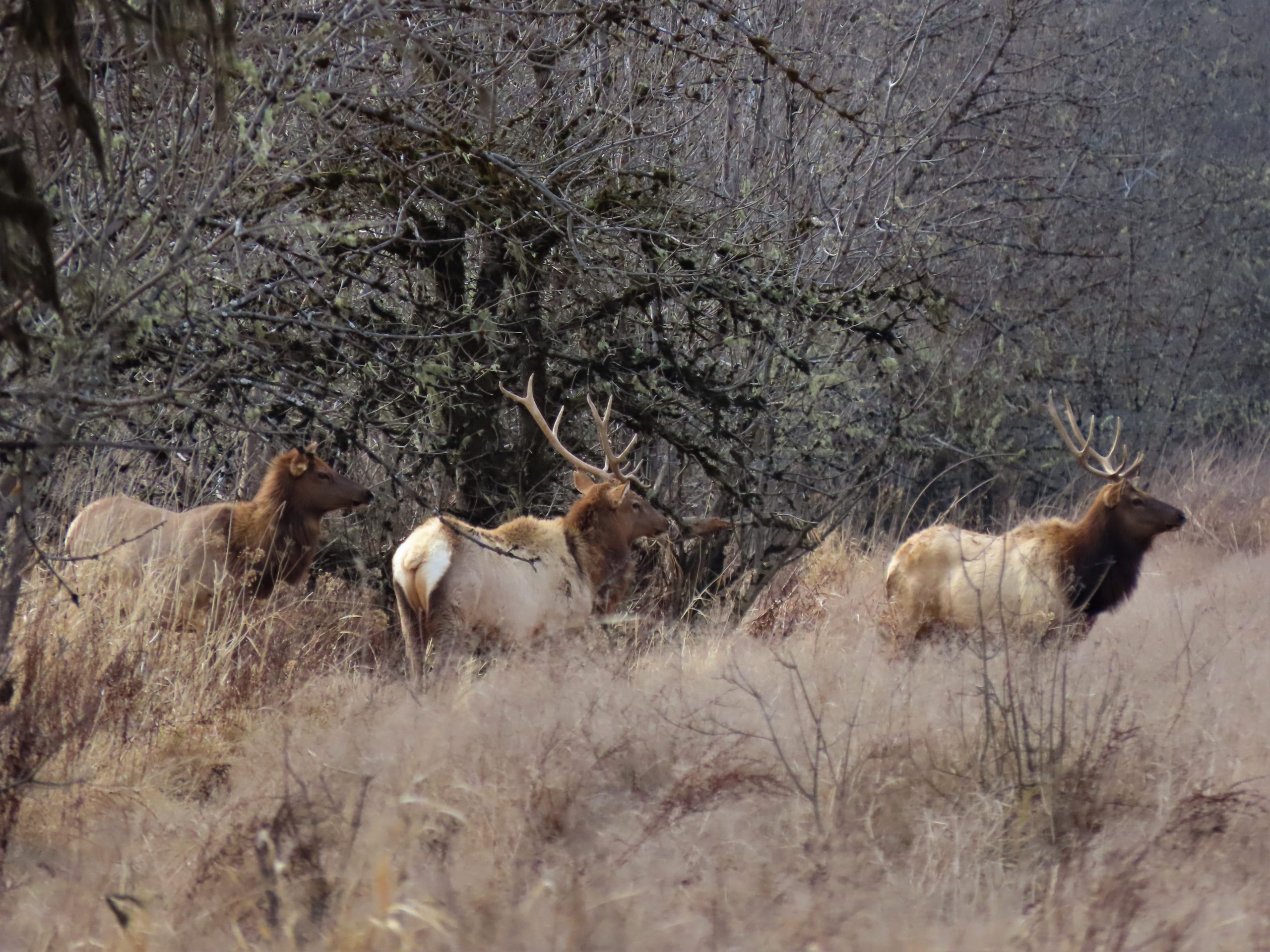 As winter is quickly approaching the elk are showing themselves more each day. The pressure for mating and keeping a harem is not as important for the dominant bull, though there are nineteen or so cows and calves who are still together with this very large bull. Each time I see this herd there are other younger bulls that have joined it. Besides this large herd, I have been seeing other smaller herds consisting of bulls with two to twelve cows and lone cows with a couple of bulls. The main herd seems to be dispersing throughout the valley with some groups of bulls up on the hillsides. As the rains fill up the wetlands on the north end and eventually the south end, the areas where they can browse and graze gets restricted.  The herd eventually moves to the east upper end of Reynolds Highway. Just before this last significant rainfall event, the herd was using the cattle troughs for watering and the valley was a consistent place to make observations. The young calves were out in the open, sometimes playing and frisking among themselves just like other babies across the species spectrum.

One of the physical characteristics that stands out as I observe the Tule elk is how their coats have thickened, especially around the bull manes, which has become shaggy and much more reddish brown. On many of the younger bulls, parts of the spikes or branched antlers have broken off.  Some unfortunately lost all of one side of their antlers. This happens due to their love of practicing sparring and the fact that the younger bulls have antlers that are not as thick or strong as the full-grown bulls. If they get into a tussle or spar with one of the older and stronger bulls, their antlers often times break.

Watching these elk, I think about how they are a symbol of conservation efforts in California over the last century and that they are considered an important umbrella species as their range and ecological niche covers such a large area of California’s landscape. As stated in “A Citizen’s Guide to the Tule Elk of California”, by the Center for Biological Diversity, “Protecting the landscape for large, free roaming species (like Tule elk) enhances the conservation and protection of so many species in California.”  Tule Elk are both grazers and browsers and have co-evolved with native species including California native bunchgrasses, California native oaks, shrubs and herbaceous forbs. They are a keystone species endemic to California and can help enhance the survival of other important native species.

It is with a feeling of gratitude that I reflect on our small but significant herd of Tule elk in the Willits Valley. Thankful that they have chosen to be a part of this ecosystem. What their affect will be in the years to come we can only speculate but I for one think it will be a positive one. 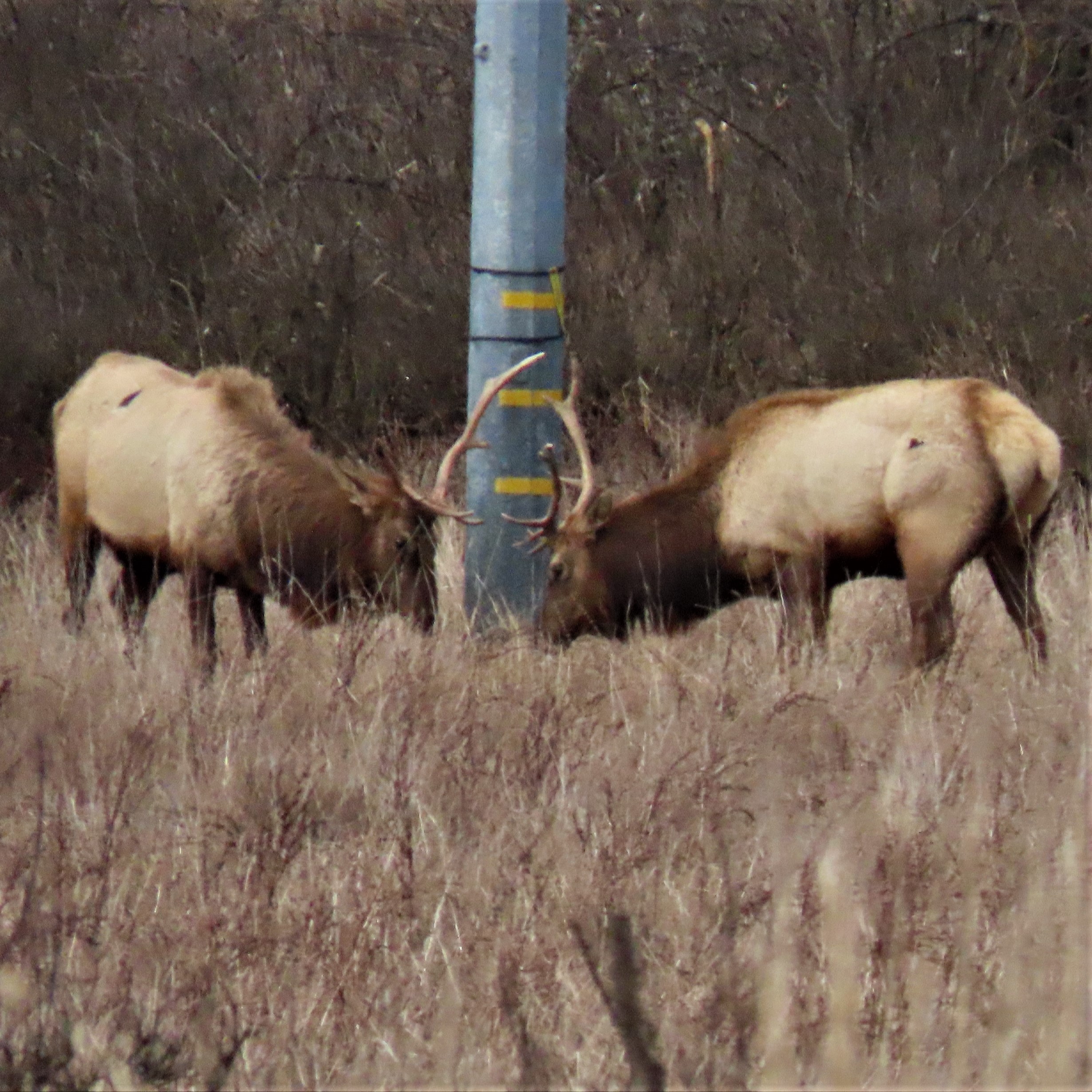 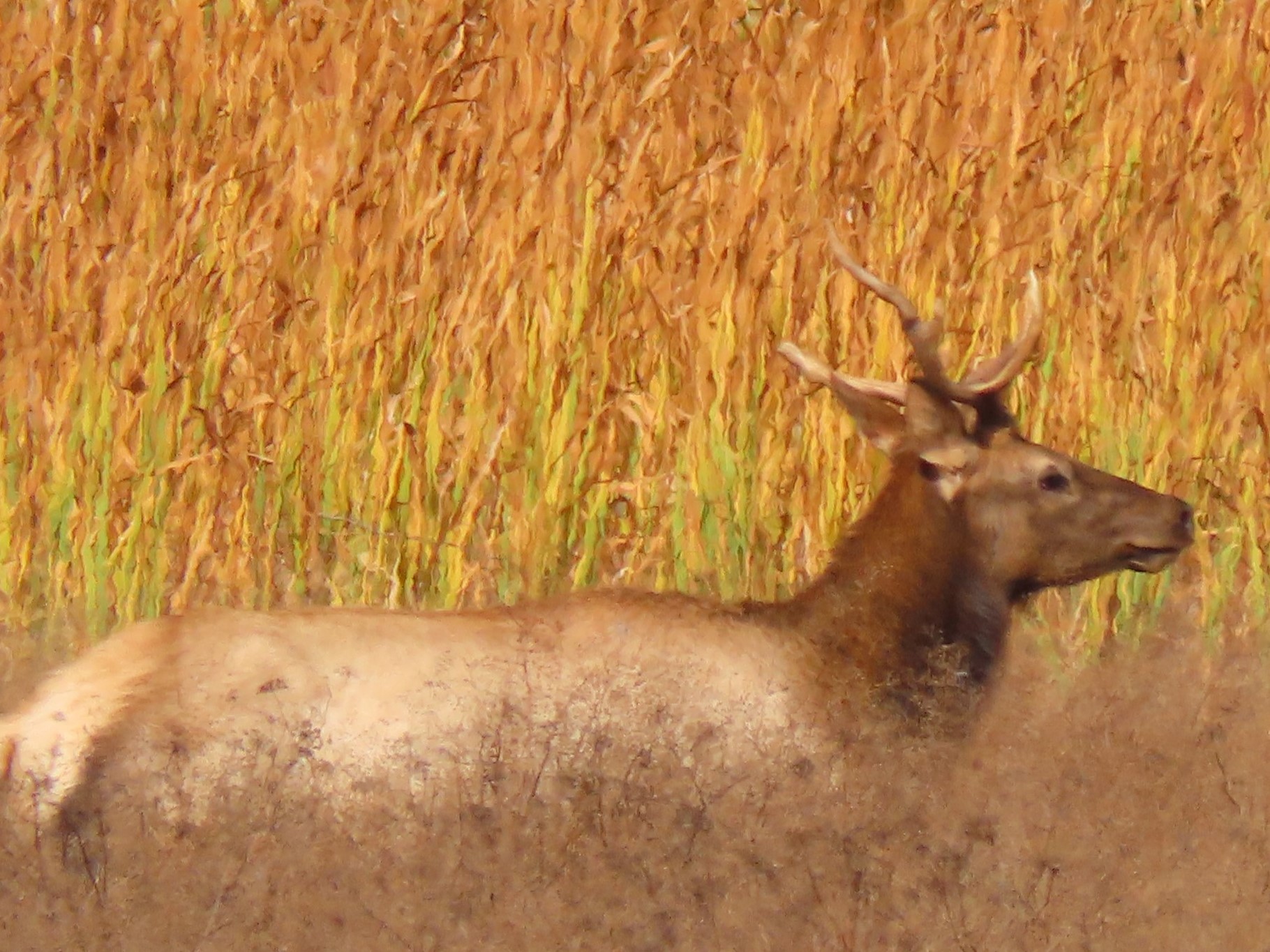