What are the Beavers Doing Now? 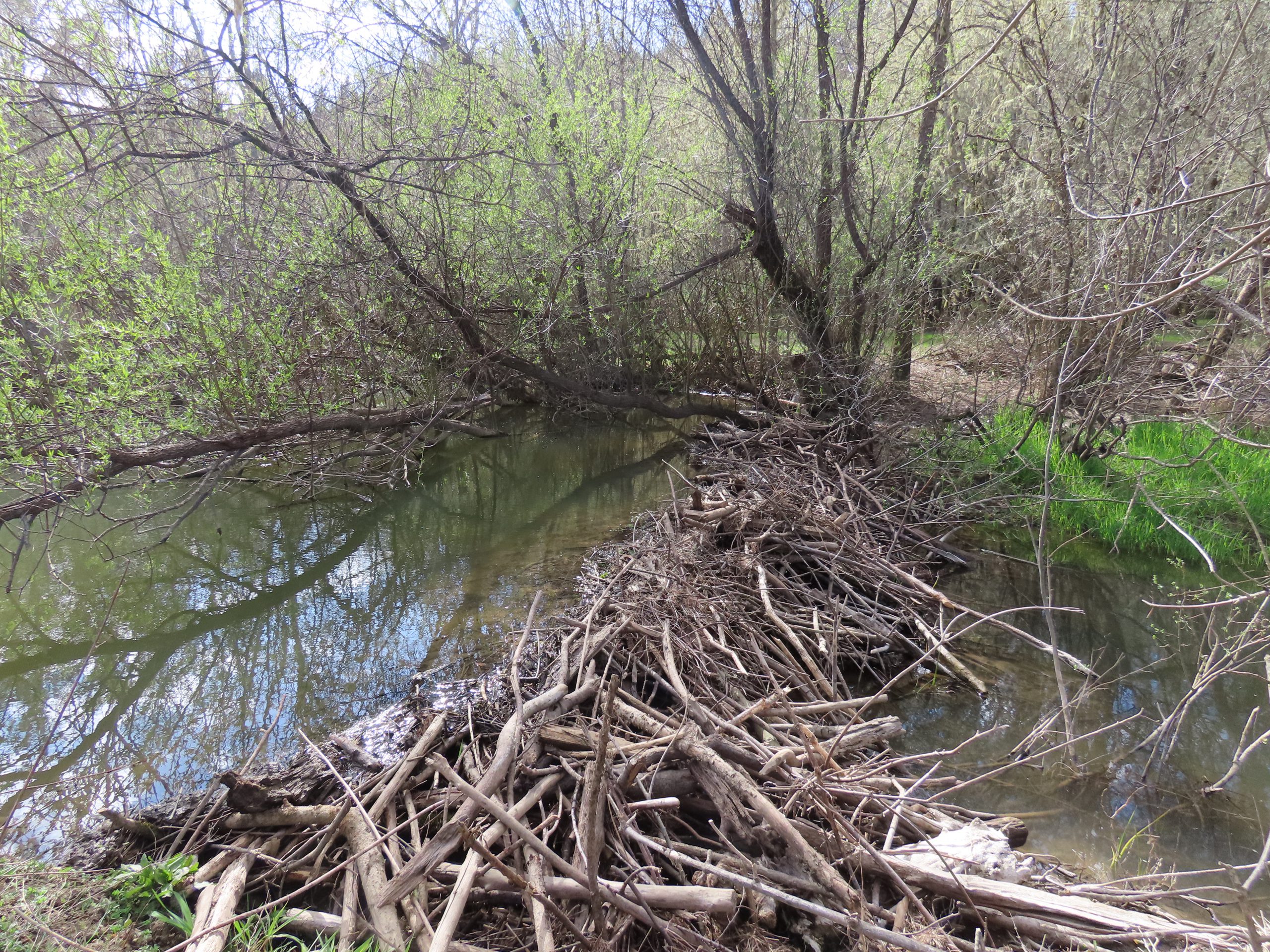 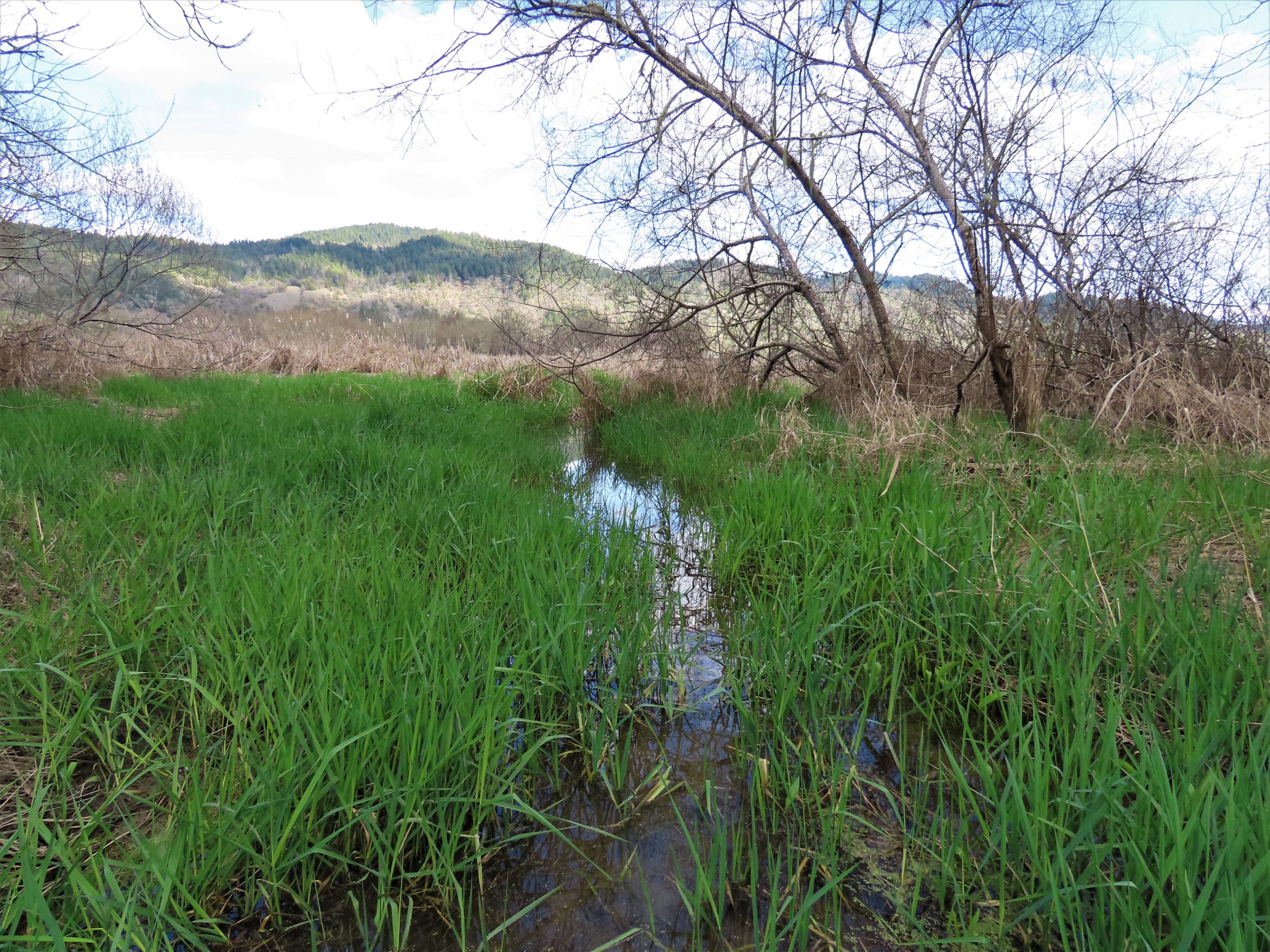 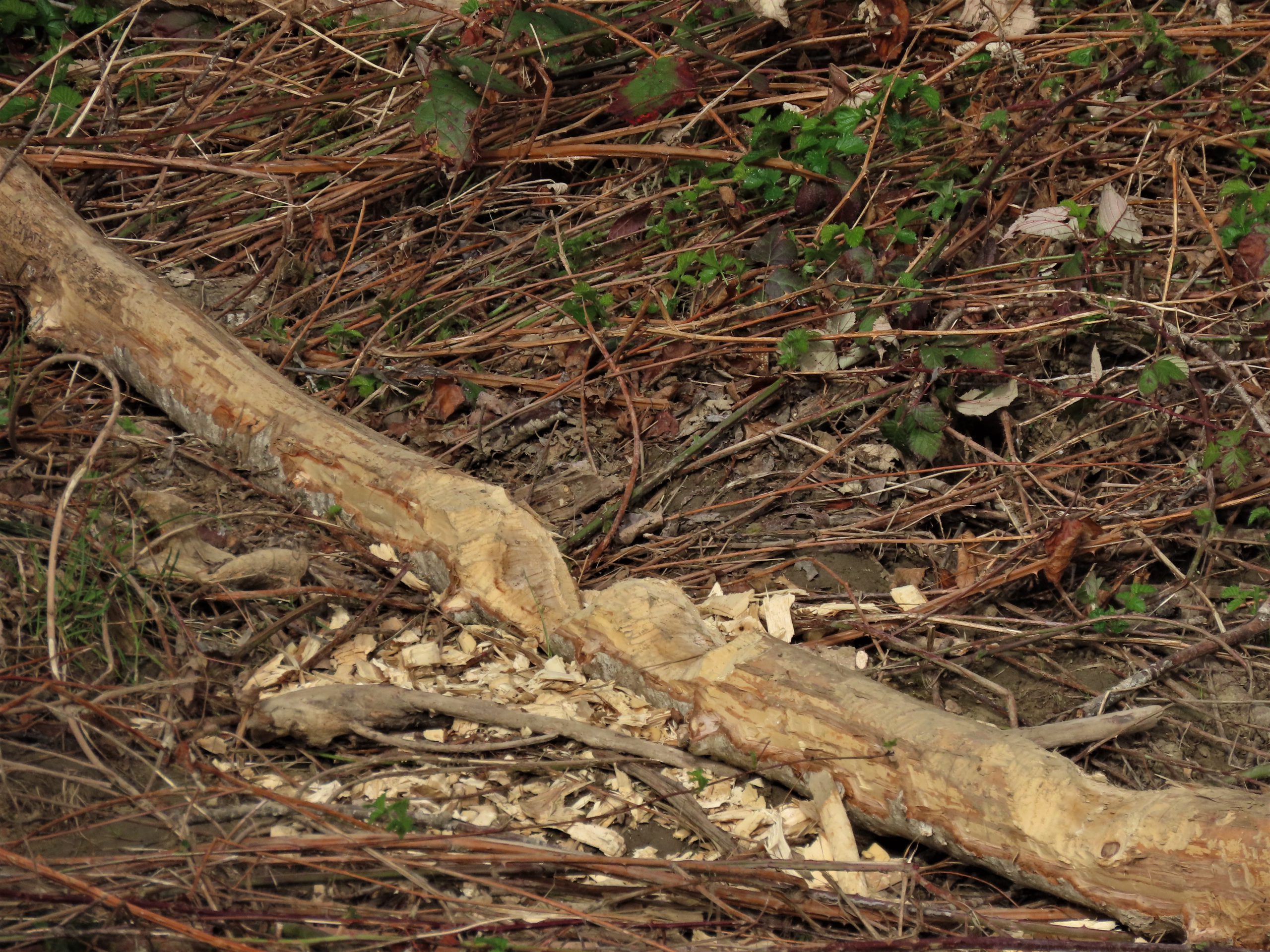 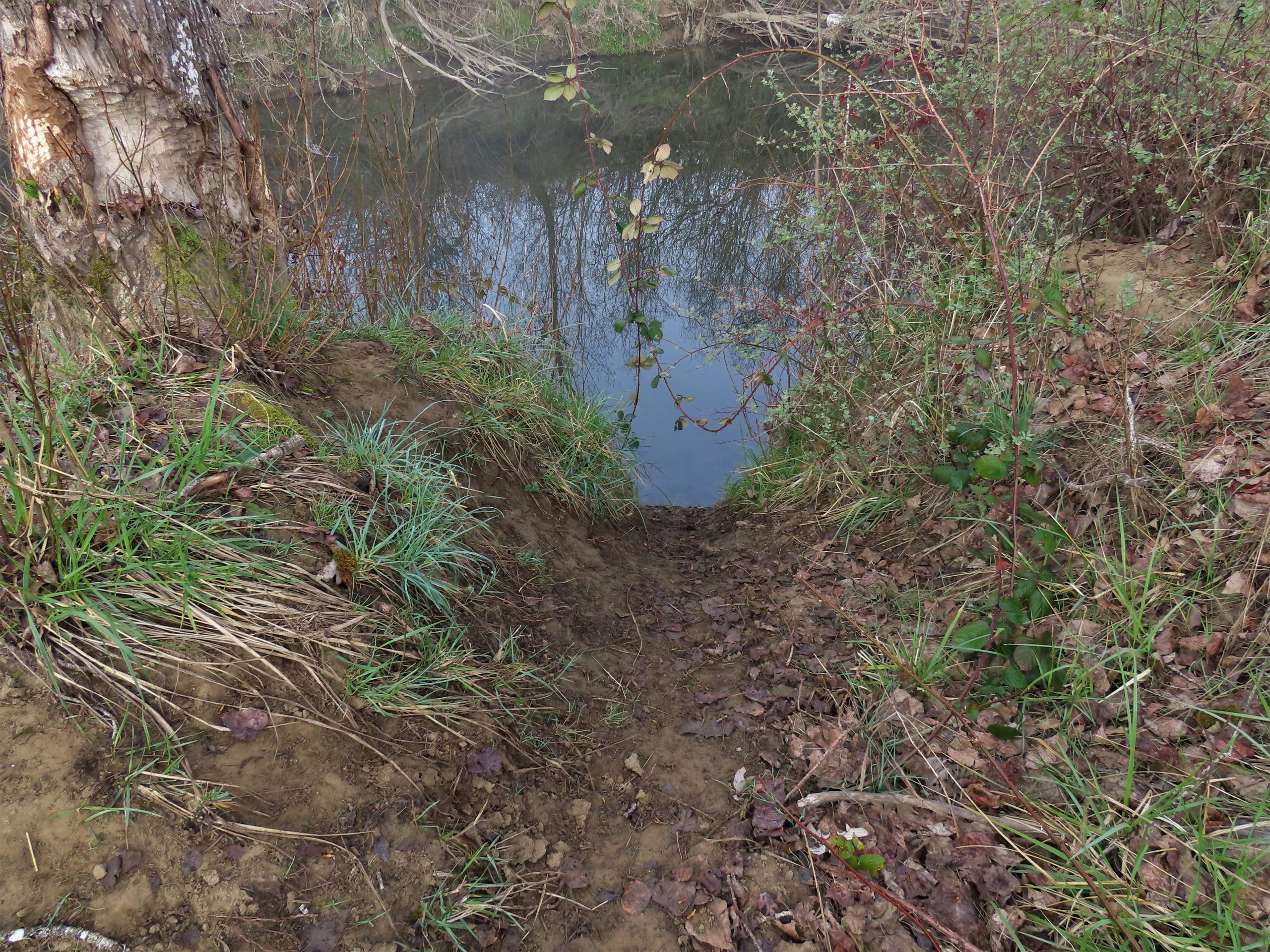 Today there is one animal I am interested in finding signs of and that is the American beaver, Castor canadensis. My colleagues have been observing trees that have been worked on by them in the vicinity I am walking and sure enough, I see a small walnut tree that has been chewed on by beavers. A long narrow log that has fallen on the ground (probably helped by a beaver), has “chew marks” all along it, the telltale signs of those very sharp beaver teeth. We have set up a wildlife camera at one end to get a better idea of who these beavers are. I have talked about their natural history in other blogs, but I will review some of the interesting facts anyway!

The beaver is one of the few mammals that significantly impacts an ecosystem by altering the water flow of streams and rivers, ultimately benefiting many other animals. Watching these beavers, we have in the valley has taught me what that really means. The occupied sections of creek where the beavers have built their dams have retained water through the summer all the way up to winter of this year. The beavers are constantly trying to capture and retain more water. They are experts at this because their lives depend on it of course! There are many predators that would love to eat a beaver. It is the second largest rodent in the world and can grow to more than 52 inches long and weigh over 48 pounds. That is a great meal for coyotes, black bears, cougars, northern river otters, and fishers. Even eagles, owls, and hawks will try to eat the young beavers, or “kits” as they are called. Therefore, beavers must build ponds that are deep enough to deter their predators.

So, the first thing that needs to happen is a dam must be built to hold back the water. It just so happens that they help many other animals while they do it! Beavers are physiologically made for doing the engineering job of building a dam. Their head is massive, and they have powerful jaw muscles. Their chainsaw teeth have iron in them, creating a very hard enamel that is a bright orange color. Behind these rodent teeth is a layer of softer dentin that wears away faster than the enamel layer which creates a razor-sharp edge. These sharp teeth allows them to snap a tree as thick as your arm in two or three bites, and they can chew through a tree trunk as thick as your body in less than an hour (according to a book a friend gave me, called ”The Superpower Field Guide BEAVERS” by Rachel Poliquin). Besides procuring dam material, the beavers’ strong physical features also allow them to get their food. It eats the inner cambium layer of trees, twigs, small branches, pond weeds, water lilies, and other plants in its environment since it is a vegetarian. The logs and sticks that are left over from eating become the building blocks of their dams.

Creating dams is not the only engineering they do; they must make the pools deep enough to deter predators and they must have access to other sources of wood to eat. Therefore, they begin by digging out the mud at the bottom of the pools. They carry it up with their front paws and add it to their dams to make them stronger or pile it along the banks. Then, in order to ensure there are more avenues to areas with food, and since they need to swim to find that food, they build channels out into wet areas. I have a photo of one of these channels I found along Outlet creek. There were many more of them, some 4 to 5 foot deep. That is a lot of digging! Another thing I noticed was that there were still smaller channels for water to travel in around the dam. This not only is a relief valve to maintain the integrity of the dam, it also allowed deep water to still be upstream and downstream from the dam area. It wasn’t just one deep pool they had created; it was 2 or 3 pools with several dams. These are very busy beavers! Along the creek banks I also notice areas which act as “slides” to make it easier for the beavers to get in the water in a hurry.

It is with great respect and admiration that I look upon the work that these beavers have done. As the air fills with the myriad of waterfowl that has benefited from their work, I am grateful they have chosen our valley to live in.   ​