Three Species of Snakes in the Valley 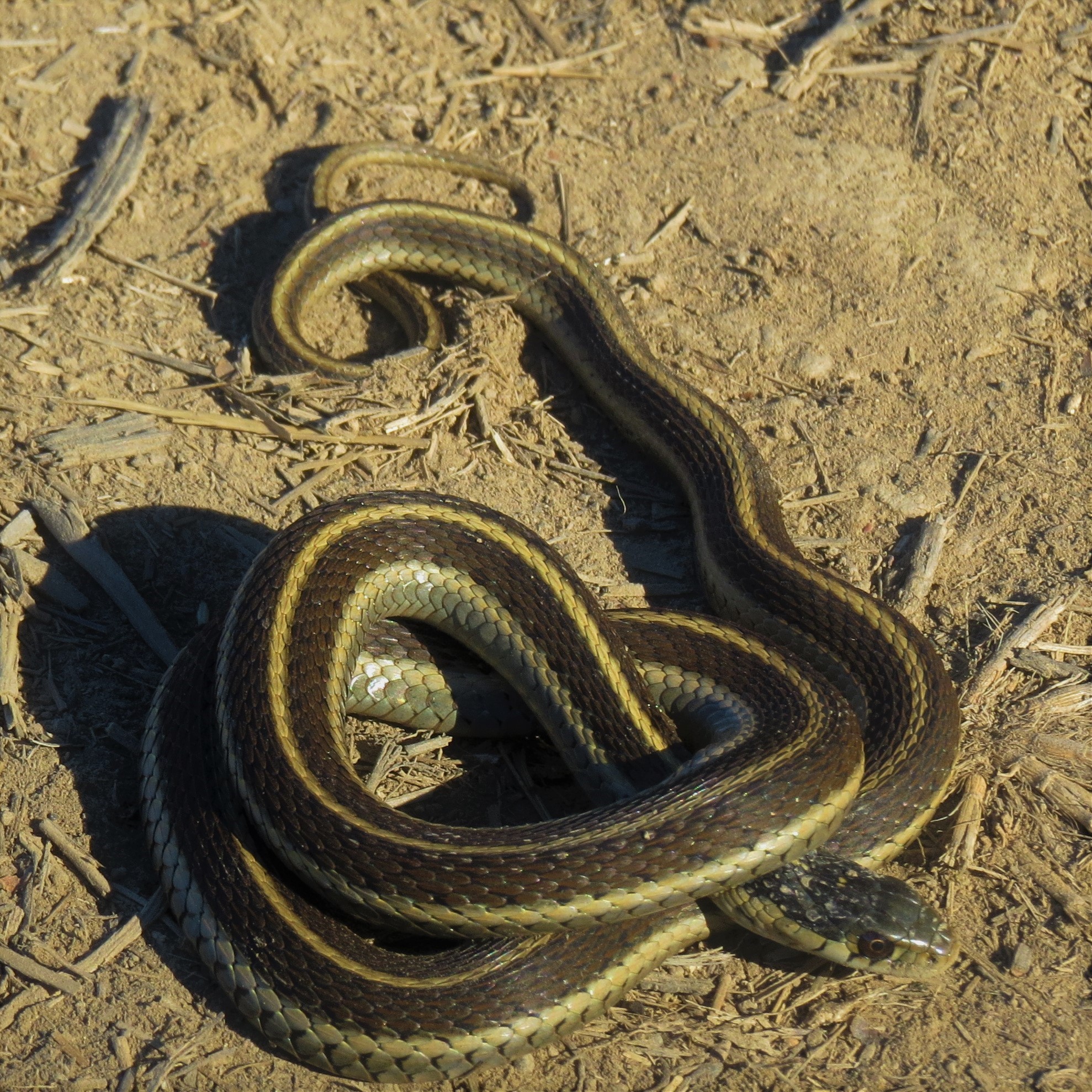 This Western Terrestrial Garter snake, Thamnophis elegans, is our most common snake in the Little Lake Valley. 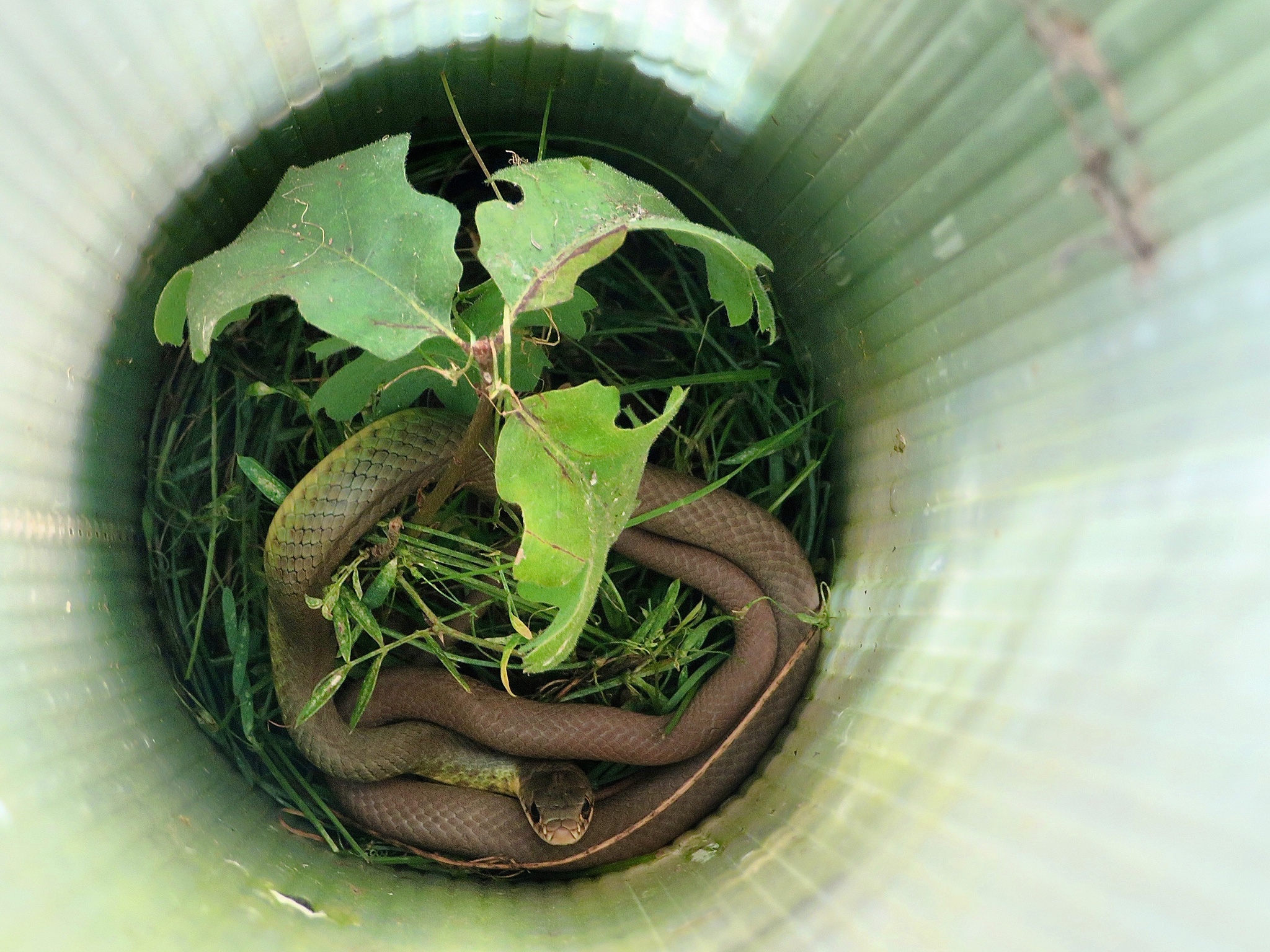 A rare look at aWestern Yellow-bellied Racer, Coluber constrictor mormon, in one of our oak tree protection tubes. Probably enjoying the protection afforded by the plastic tube and getting a rest in too! This photo was taken by Ross Wilming one of the ICF botanists working on the monitoring of native plants on the Willits Bypass Mitigation lands. 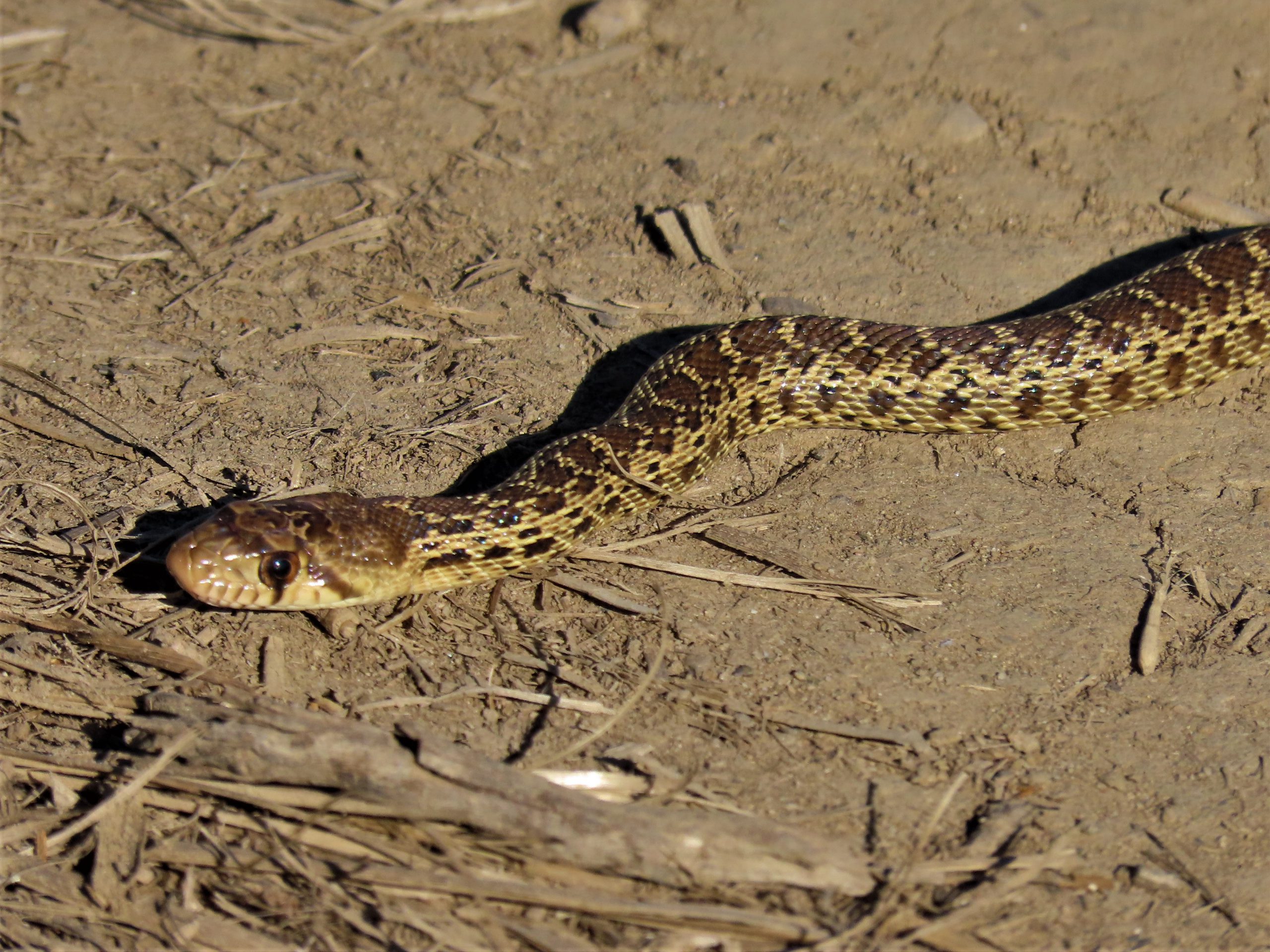 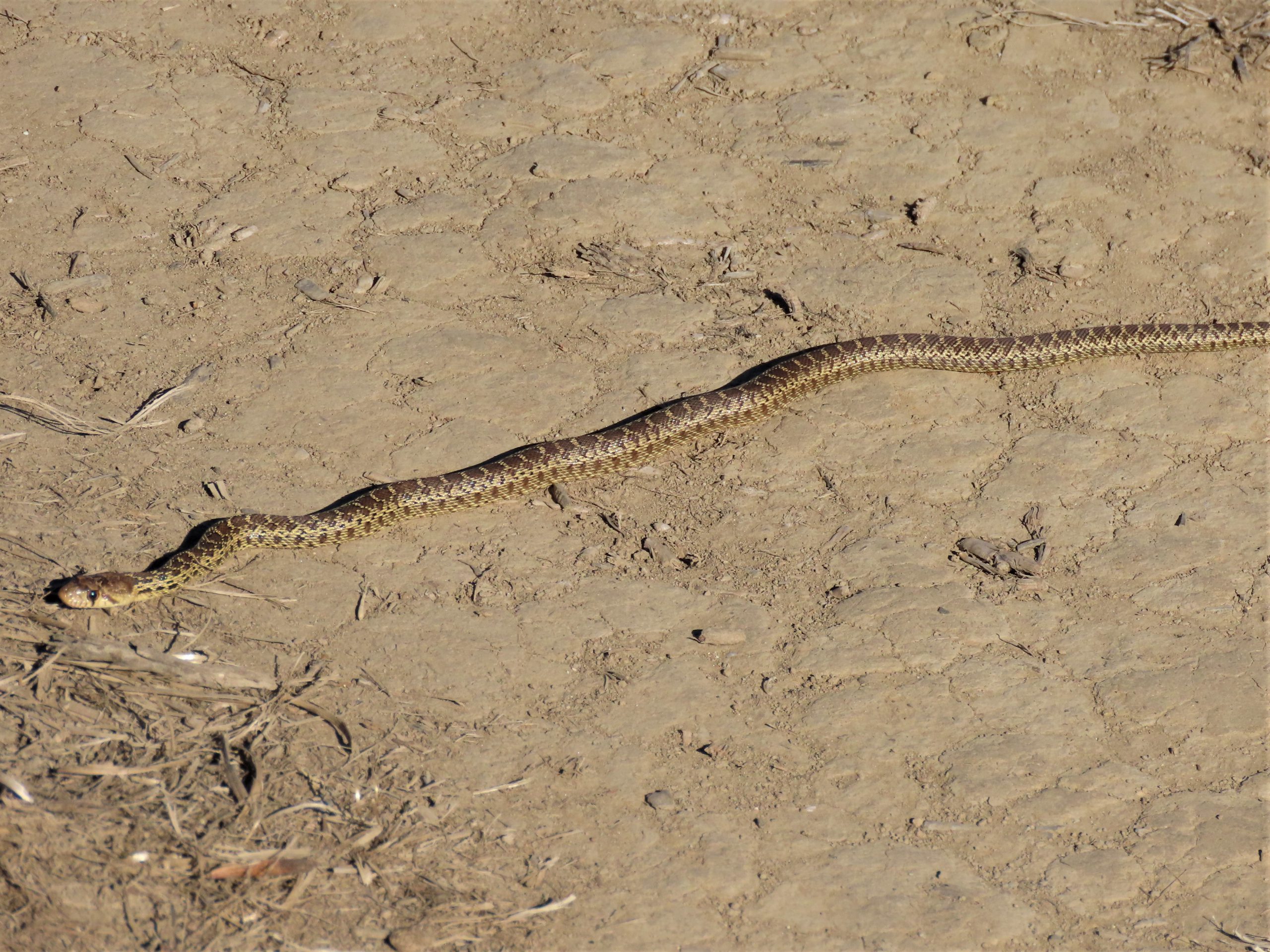 The upper two photos are of a Gopher snake, Pituophis catenifer, which is often misidentified as a Western Rattlesnake.

One of the animals we do not see much of in the valley are the snakes. Except in the early springtime when the frogs are everywhere, and along the riparian corridors, one can see many garter snakes about but generally these creatures are secretive and hidden. It is always with joy that I spot one along the road and get a chance to watch their behavior.

The Western Terrestrial Garter snake, Thamnophis elegans, is our most common snake and can grow up to 43 inches in length and usually has a well-defined, often yellowish or white middorsal stripe extending the length of the body. There is also a pale stripe on each side and the coloration is variable, sometimes having flecks of scattered white or red blotches. They occur in a great variety of habitats -grassland, brushland, woodland, and open forest, from sea level to high in mountains. The garter snake’s favorite hunting grounds include stream banks, springs, and lakes as they are semiaquatic and eat leeches, fish, salamanders, frogs, toads, tadpoles, and snails. Garter snakes also hunt on higher ground for lizards, small mammals, other snakes, and occasionally birds (including eggs and nestlings) and carrion! This garter snake is truly a flexible eater which allows it to be successful in many habitats.

Garter snakes have many predators in the valley from Red-tailed hawks to raccoons. They are also eaten by opossums and Wild turkeys which are both introduced animals and not native to the west coast. Turkeys are voracious eaters of all things that move before them!

The cryptic coloration of the garter snake helps them blend in to their environment and be less vulnerable to predation plus besides being mildly venomous, (we are not much affected by this venom) they secrete an odorous substance from their cloaca that they will smear on themselves and their attacker. They will do this if they are threatened so it will likely occur when captured by a human!

The Racer, Coluber constrictor, is aptly named as it often looks to be ‘racing’ above the ground, but, despite their name, they only move at speeds of 4 miles an hour. This is not a commonly seen snake and I have only seen two of them in the valley.

It is a plain, thin snake, yellowish-brown to olive colored above with unmarked pale whitish or pale yellow below. In California it grows to under 35 inches but on the east coast it can get up to 75 inches. This subspecies, Coluber constrictor mormon – Western Yellow-bellied Racer, is found throughout most of California north and west of the Sierras. It is also found south along the coast to the Baja California border and Santa Cruz Island.

The species name ‘constrictor’ can be misleading because it does not constrict its prey, it uses its powerful jaws.

Young racers eat small animals such as insects, spiders, small rodents, frogs, and reptiles. As they get bigger, they eat prey such as nestling birds and eggs, rabbits, turtles, and larger rodents. They are found in many of the same habitats as the garter snake -open woodlands, grasslands, riparian areas, and wetlands.

Another snake I see regularly in the Little Lake Valley, is the Gopher snake, Pituophis catenipher. This snake is unfortunately often confused with rattlesnakes and often needlessly killed. The first distinguishing characteristic between the two snakes is the shape of the head. Our Pacific coast rattlesnake has a diamond shaped head with eyes that stand out from the head and are hooded by a large scale. The Gopher snake has a thin shaped head, with eyes that are flat against the skull. Even though the coloration on both is similar, our rattlesnakes have distinctive black and white banding that runs from the tail end of their bodies to where the rattles meet. This black and white banding can sometimes be quite extensive and cover a quarter to half their body length. Gopher snakes are patterned the same all the way to their sharply pointed tails. Another thing that can be confusing is that Gopher snakes use mimicry to fool predators and prey. They shake their tail rapidly like a rattle and hiss loudly to make you think they are a rattlesnake. However, since they do not have rattles at the end of their tails, the sound is much quieter. Here is a link to a great poster illustrating these differences. http://www.californiaherps.com/images/signs/rattlesnakedifferences.jpg

Gopher snakes are common in the countryside where humans live. They are super rodent eaters and love to live where mice, voles, and rats live. Whenever I see one at my house, I am happy that this snake has chosen my yard and garden to live in. They are richly colored and patterned with brown, gold, cream, and black to reddish orange. Their smooth scales make them look almost painted.

Snakes play an important ecological role in the Little lake Valley and wherever they live, not only keeping rodent populations under control but providing food for many bird and mammal predators. They get mixed responses from many people, but I always strive to point out their beauty and importance.