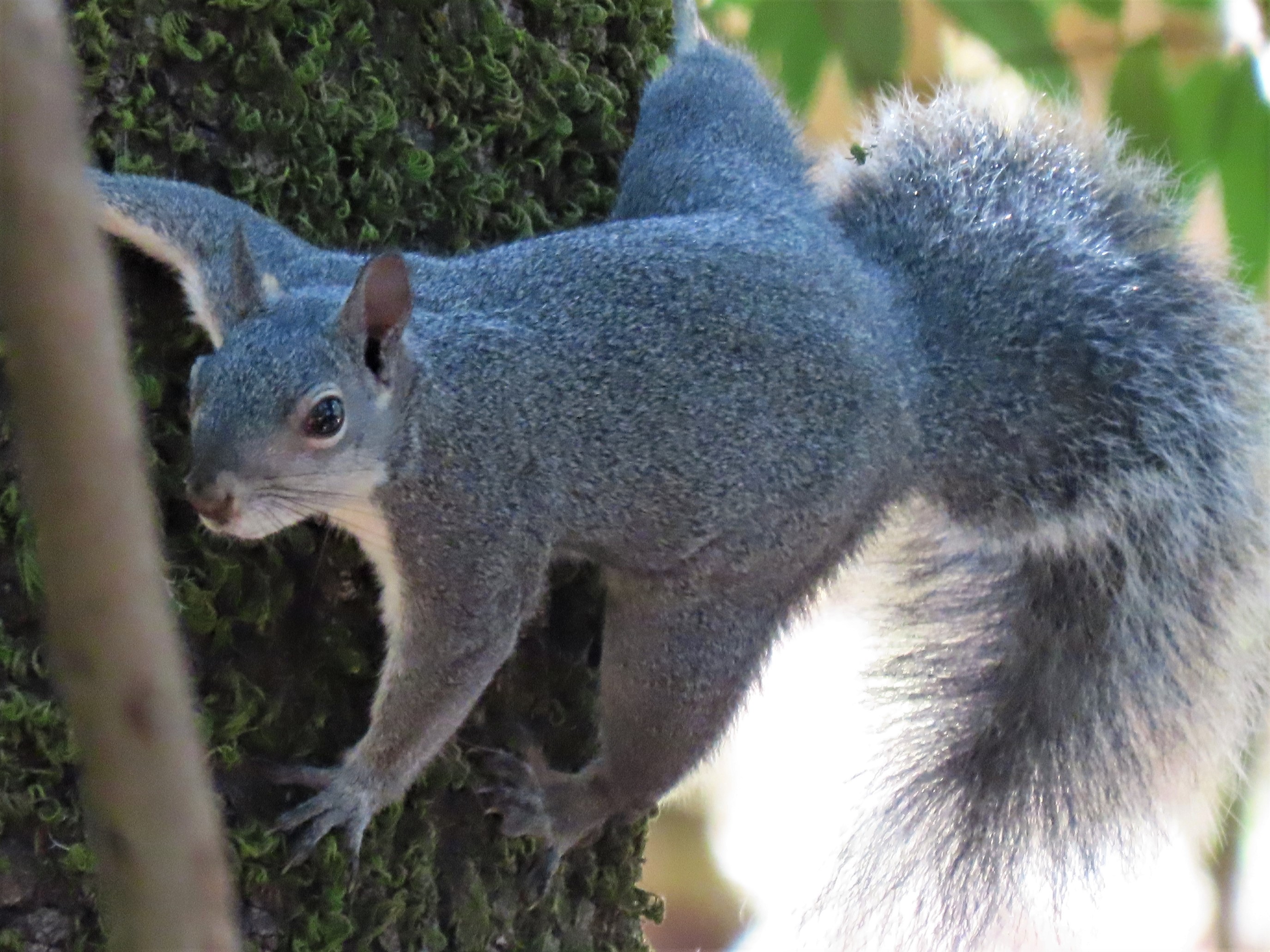 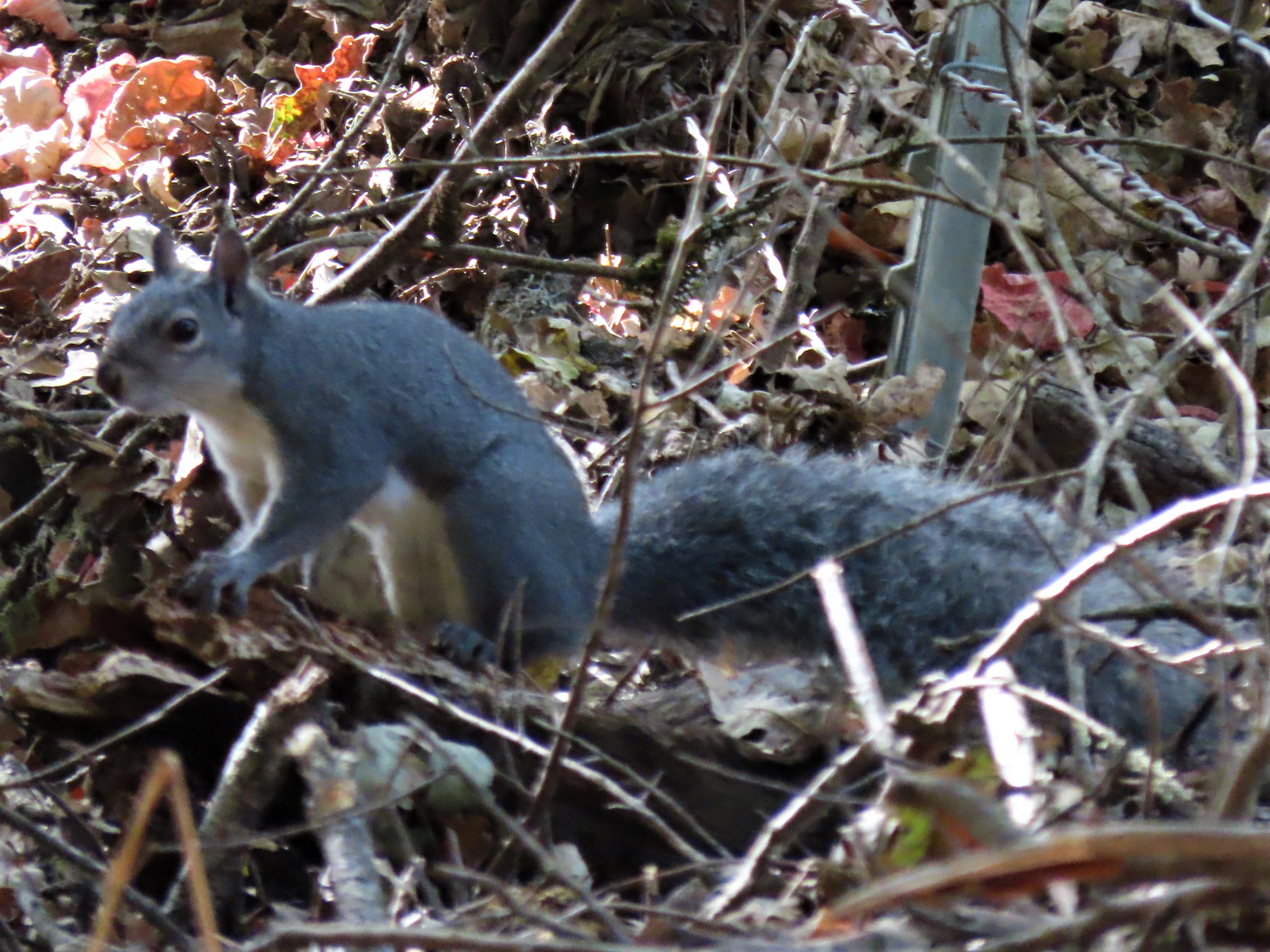 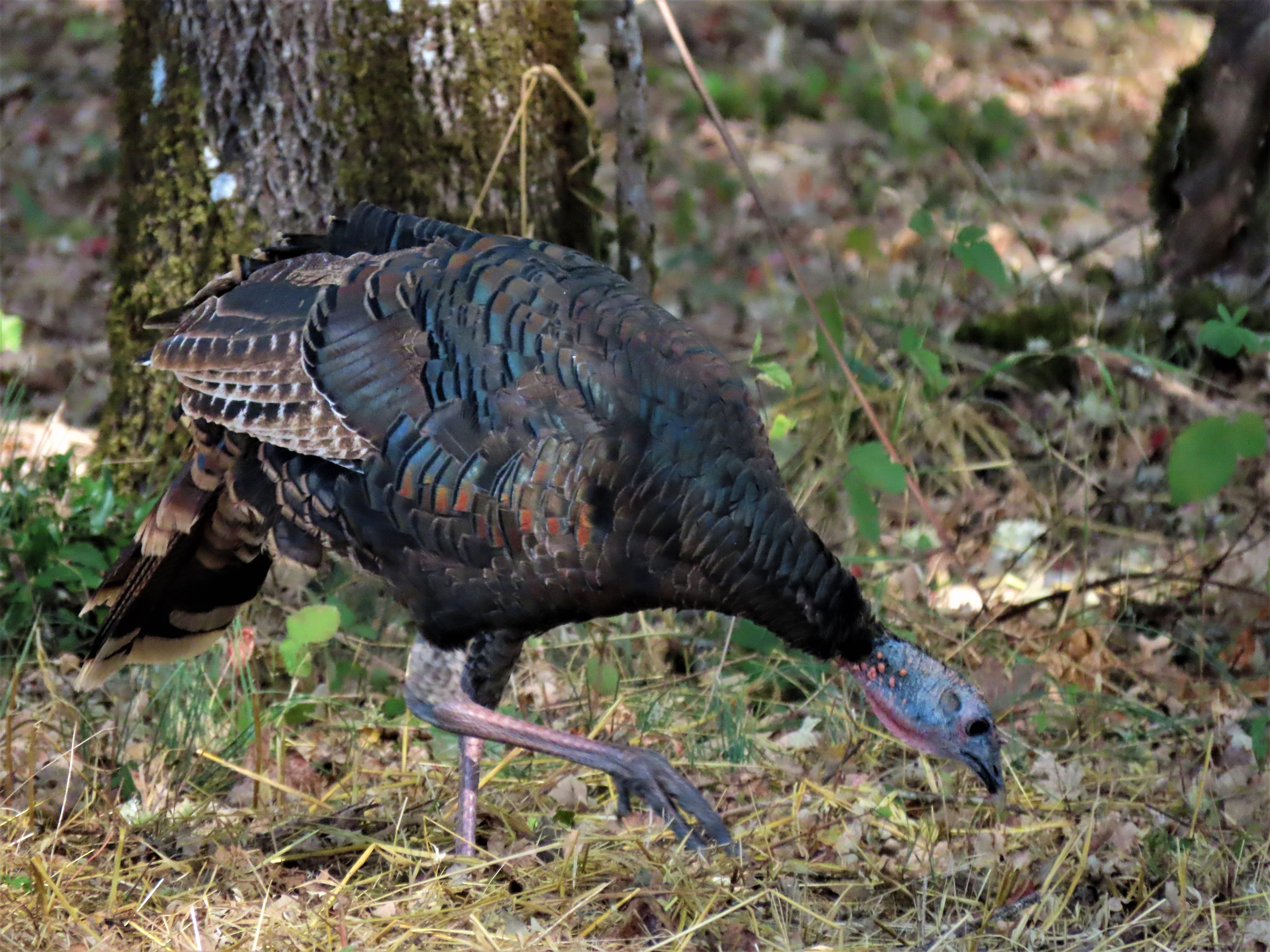 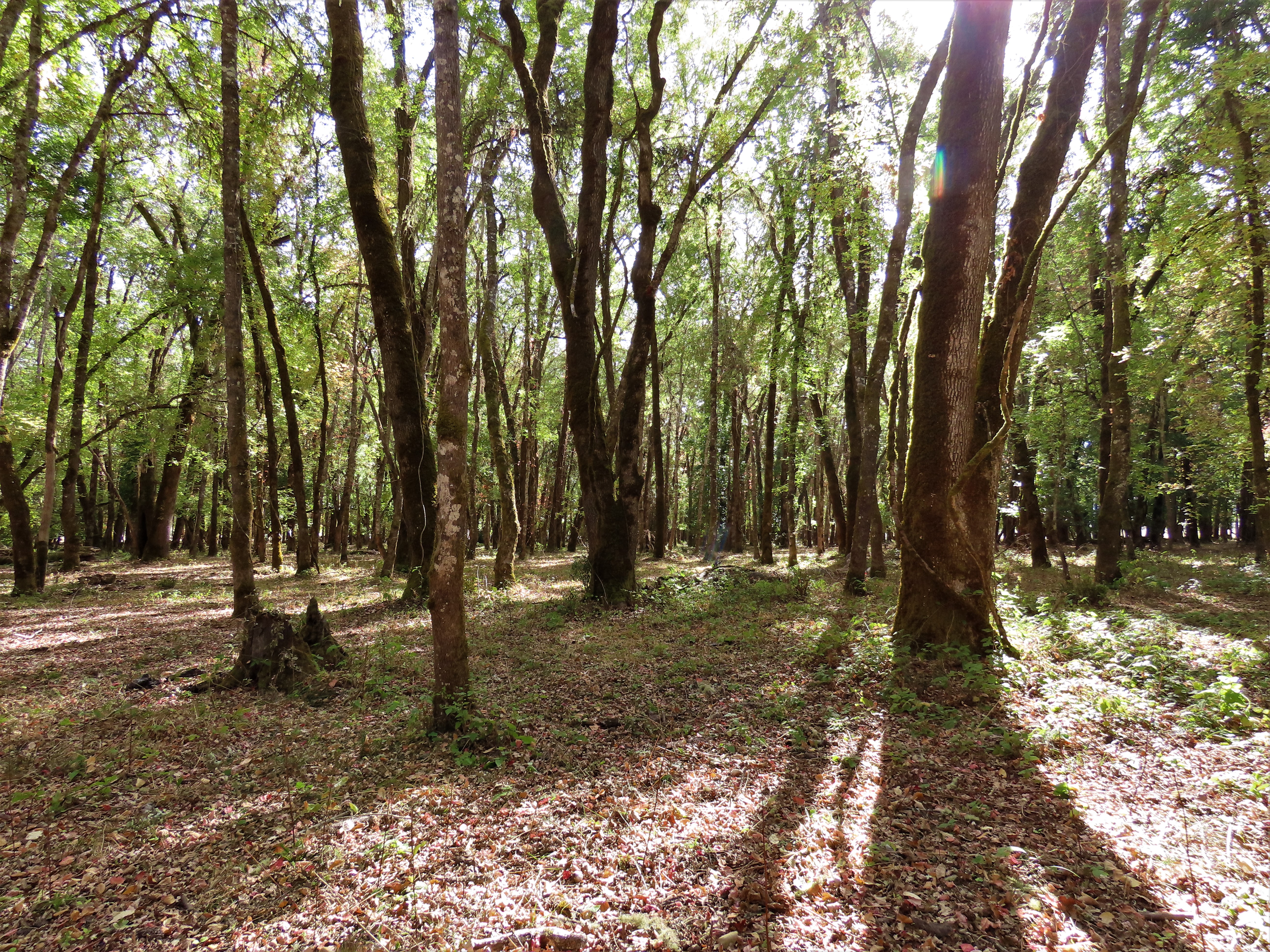 There are many Western Gray squirrels, Sciurus griseus, in the oak and ash tree woodland we call “Plasma” in the Willits Valley. This year there are some very large and beautiful valley oaks there that have plenty of acorns. It is delightful to watch these squirrels scurrying around gathering their winter food stores together. One digs a hole and puts an acorn in, then digs it up and eats it. Perhaps it’s thinking I will steal its cache of acorns, or maybe it just got hungry!

The Western Gray squirrel is the largest native squirrel found in western coastal United States. It is mainly gray above and speckled with many white-tipped hairs and has a very white underside. It has large ears that can be rusty colored on the backside in the winter months. Its large bushy tail is useful in balancing on tree limbs and for shade on hot days. These squirrels need to live where there are enough trees with touching branches so it can go from tree to tree without running on the ground. The California Ground squirrel and the Northern Flying squirrel also live in the Willits Valley, but they are very different in looks and in habits from the Gray.

The Western Gray squirrel make their nests, called “drays,” out of leaves and twigs that can measure more than 2 feet in diameter. Drays are at least 20 feet off the ground. Young are born in the spring or earlier in southern parts of the state.  Usually they have between 3 to 5 young that are only about one inch long. It takes 10 weeks before the young are finished with nursing, but they may stay connected to the nest until they are 6 months old. Extra food is collected and taken back to the nest or buried around their home range. The buried food is called a cache and can be found months later by their good sense of smell. Caches are usually used in the colder months. Sometimes new trees will sprout if the caches are not dug up. Nuts are their favorite food but will eat berries, seeds, buds, sap, fungi, and insects. Even bark is consumed in times of scarcity and winter months. Squirrels chew on antler sheds for the minerals and will eat the occasional baby bird for the extra nutrients.

I look up at the trees and watch these squirrels jumping from tree to tree above my head, chattering as they leap through the air. Such acrobats! It is hard to believe that their populations have dropped precipitously in some urban areas where the Eastern Gray squirrel and the Eastern fox squirrel have been introduced, such as the town of Sacramento and Washington state. The morning has gone and as I return to my car, I look back at the woodland in time to see a large flock of Wild turkeys move in. They are also happy about the abundant acorn crop this year and they are major competitors with the Western Gray squirrels. I leave them to their battles and wonder who will win out this time.