The Small and Active Townsend’s Warbler 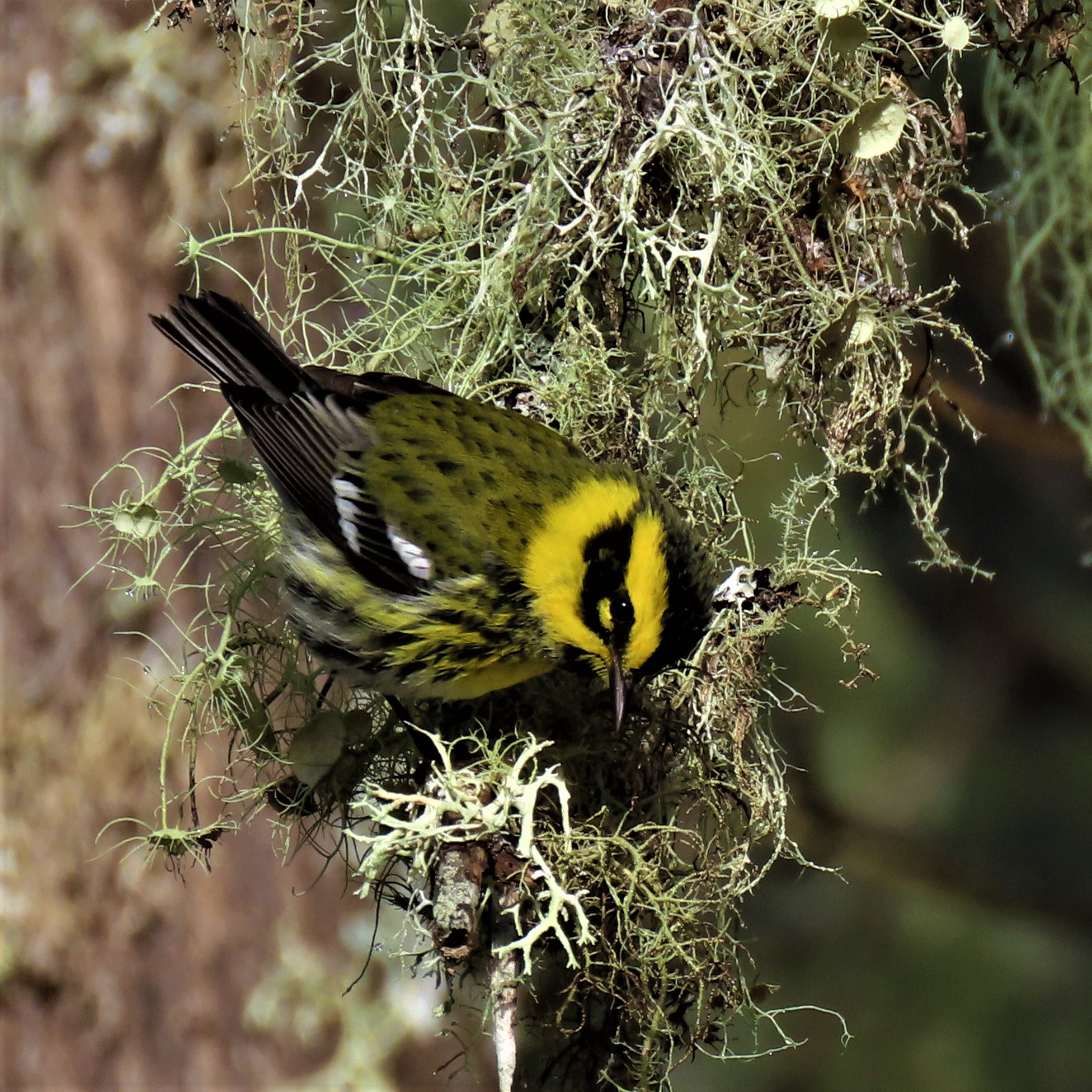 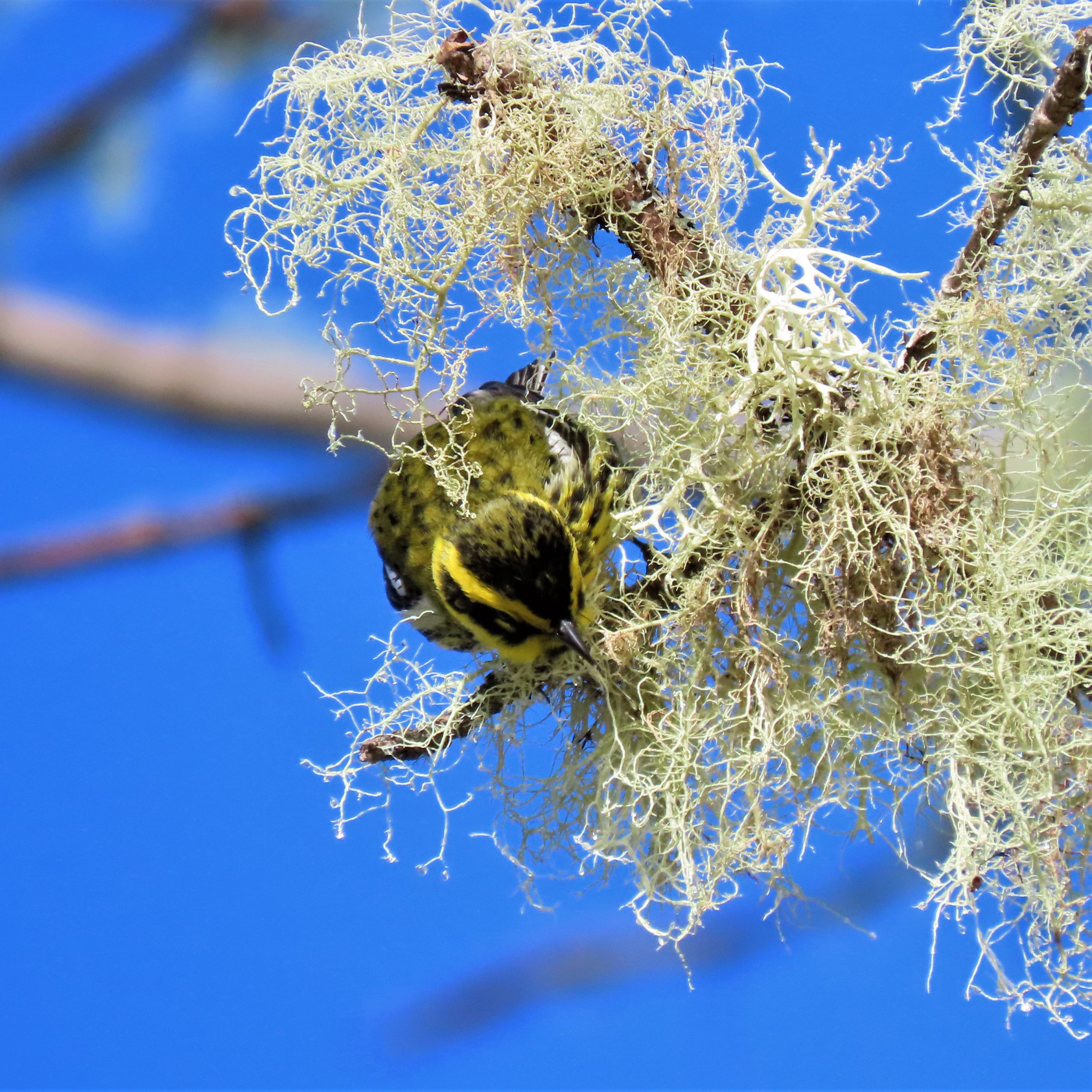 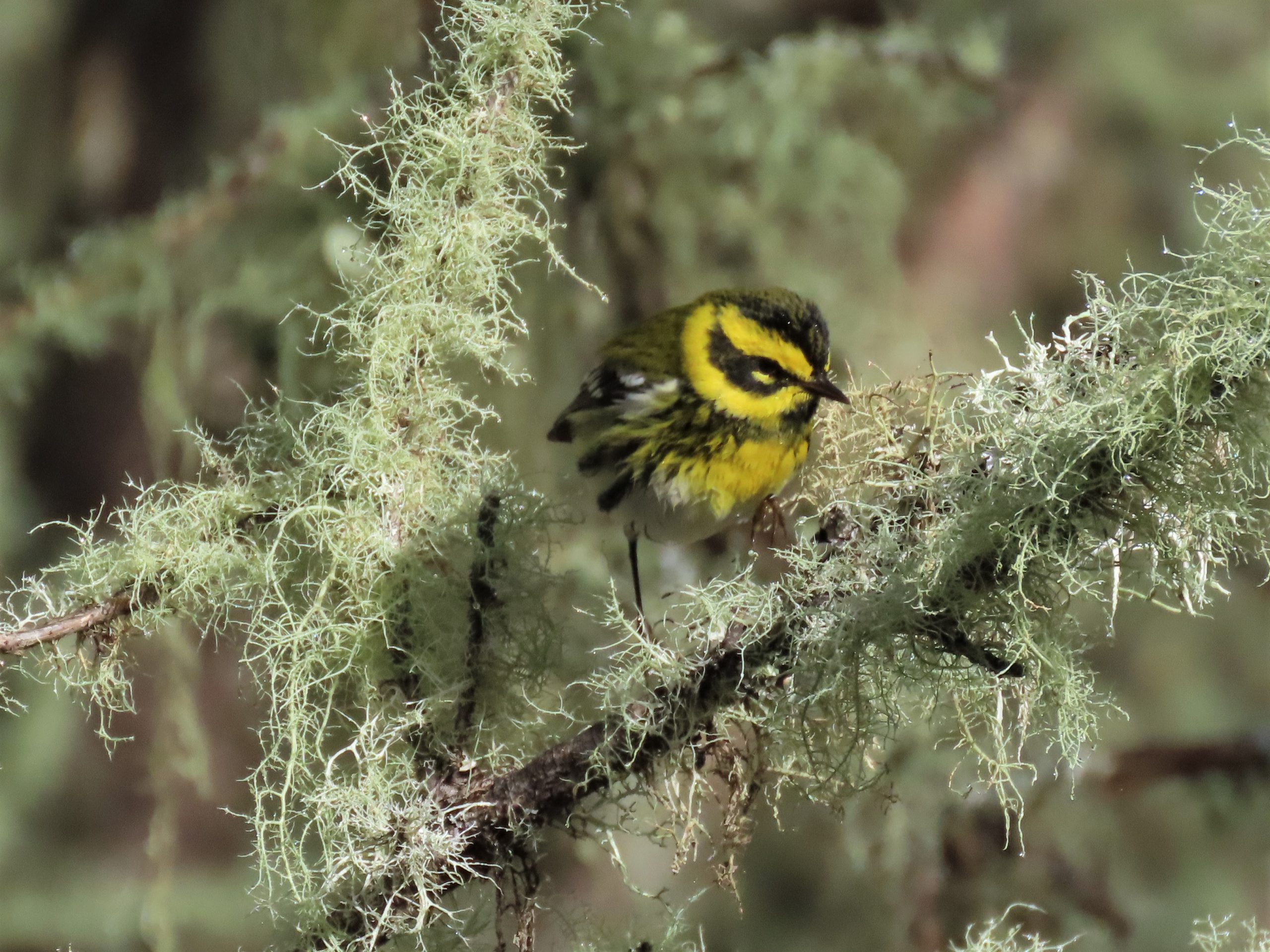 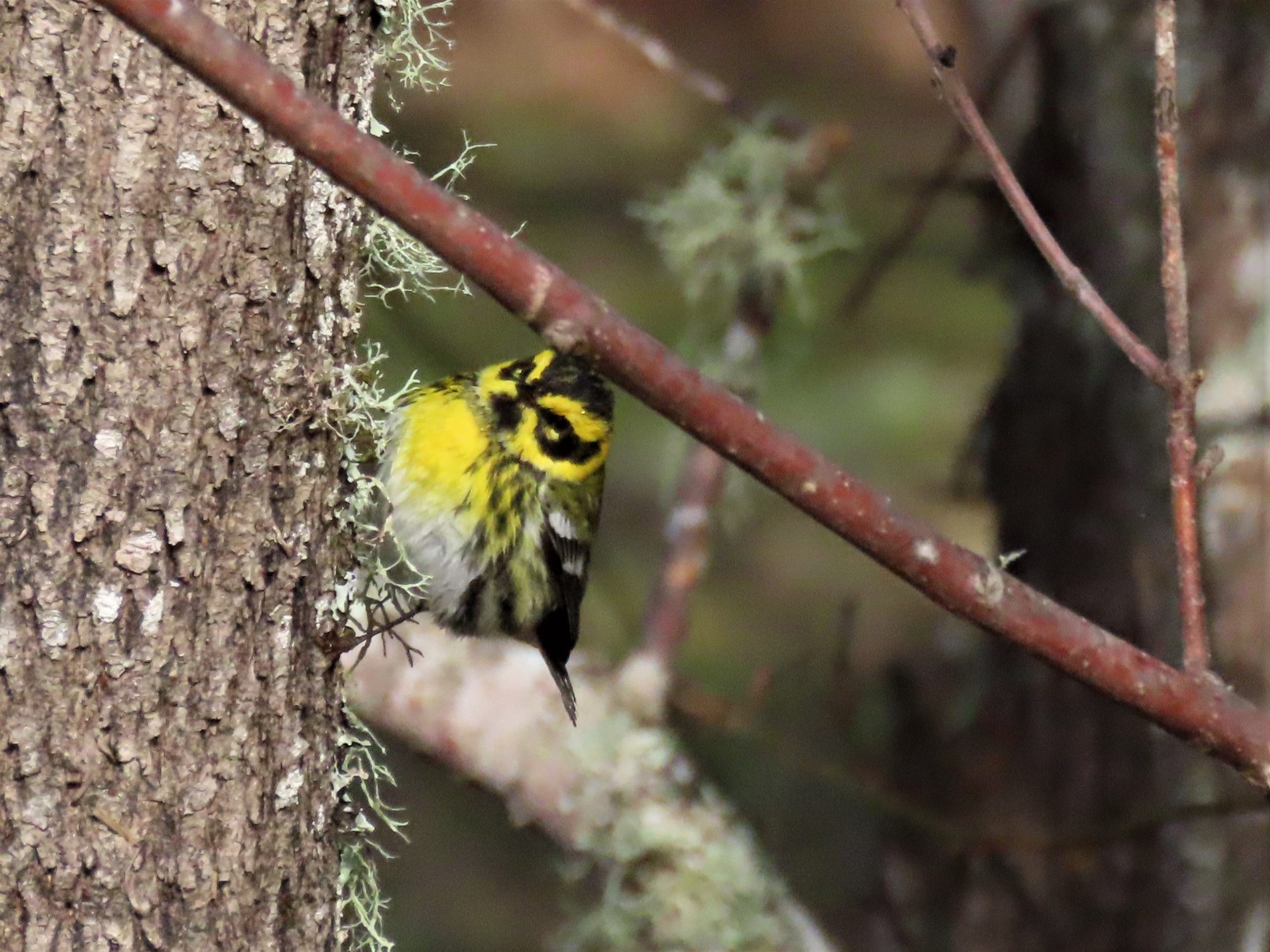 In one of my walks out on the north end of the valley, as I was observing the lichen hanging from the trees in the ash forest, a brightly colored active bird caught my attention. It was flashing black and yellow as it clung upside down to the branches that were covered with lichens. Its small thin bill seemed to be prying into every crevice for a morsel of food. This behavior is called “gleaning” and is a feeding strategy used by many birds such as Chestnut-backed chickadees and Ruby-crowned kinglets. They catch invertebrate prey, mainly arthropods, by plucking them from the foliage, crevices in the bark, and twigs and branches. This is an important function for the health of the trees. Their diet mainly consists of beetles, aphids, spiders, and especially caterpillars during nesting season. The focus it had was impressive and I was able to get close and get some photos.

Most of these warblers travel to Mexico or Central America during the winter but small numbers of them stay and winter along the Pacific coast north to Oregon, Washington, and even up to Vancouver. This year I have seen Townsend’s warblers on the Mendocino coast, my own backyard, and now for the first time I saw them in the valley. When they are breeding here in the spring, they usually like to stay up high in the conifer treetops, protected from predators. This makes them hard to see so I am thrilled to be getting such a great view!