The Important Job of Scavengers 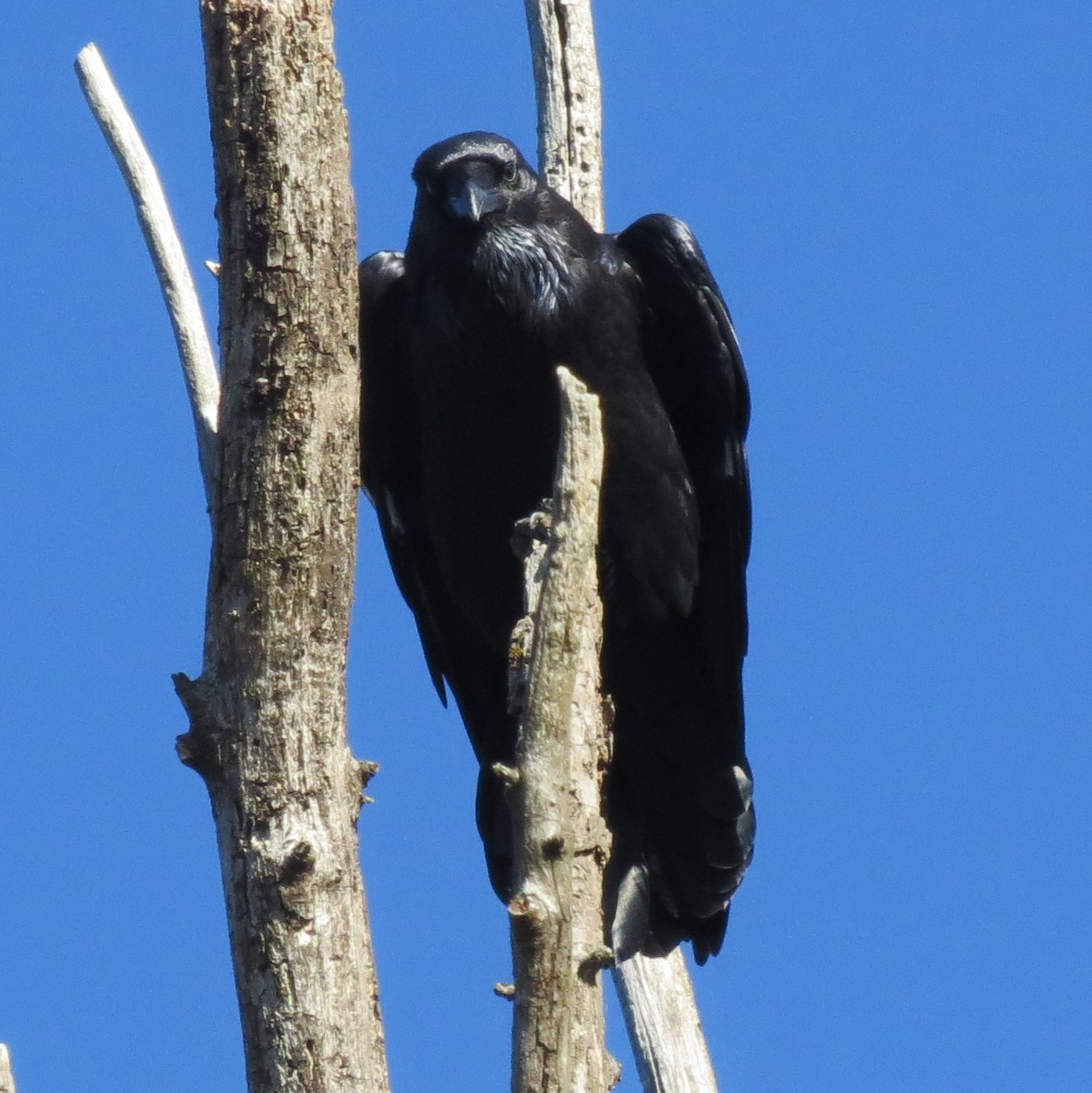 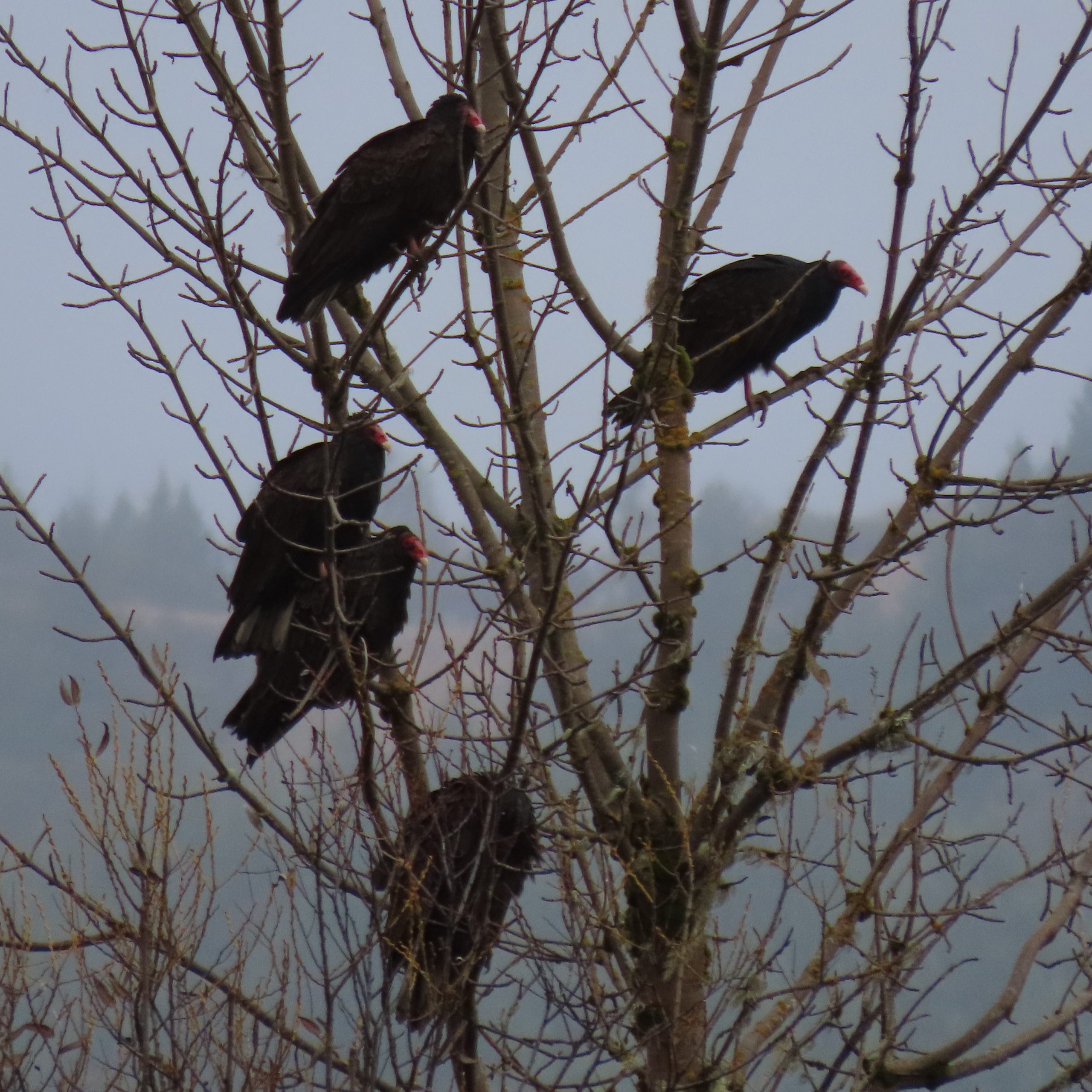 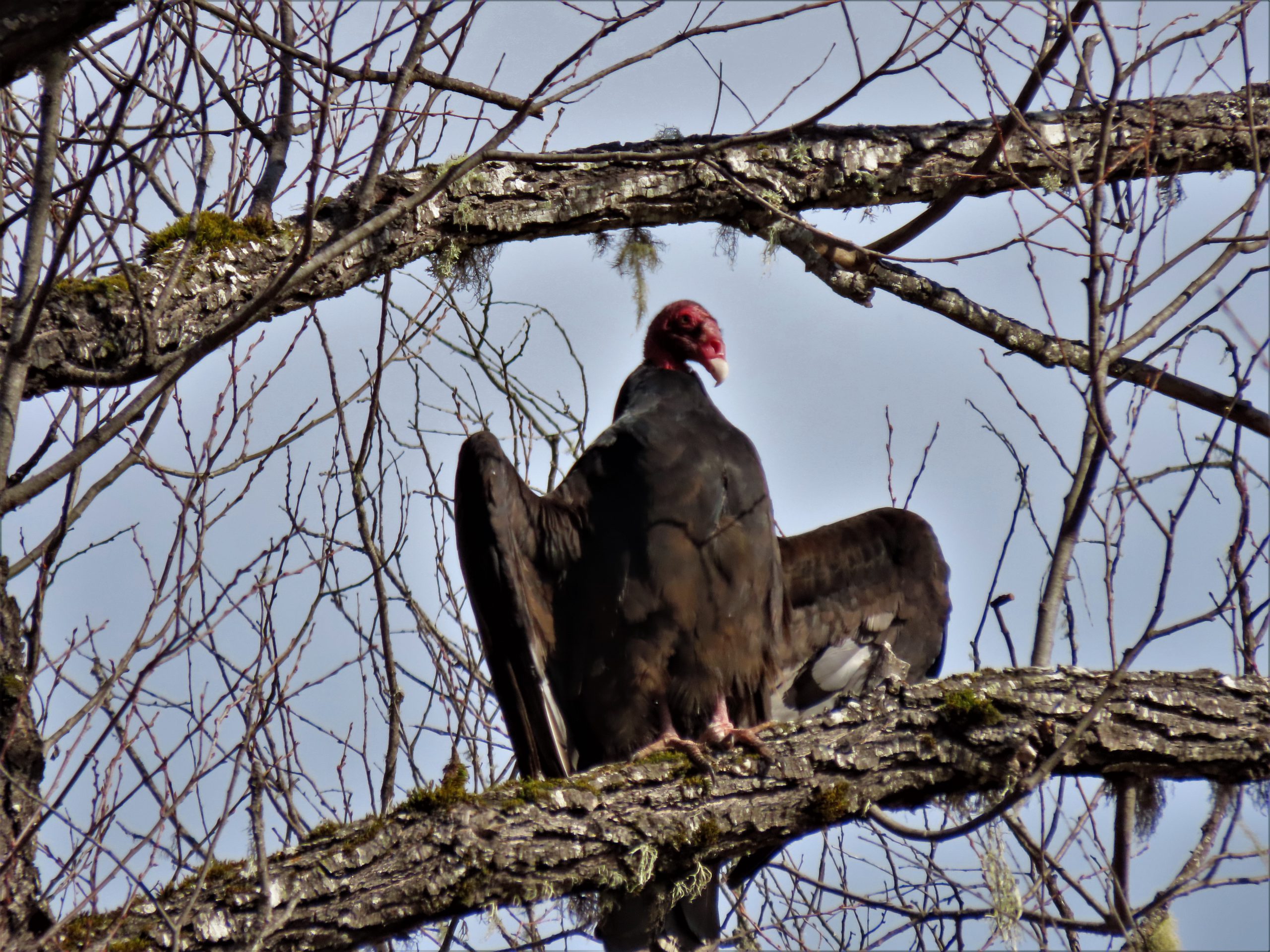 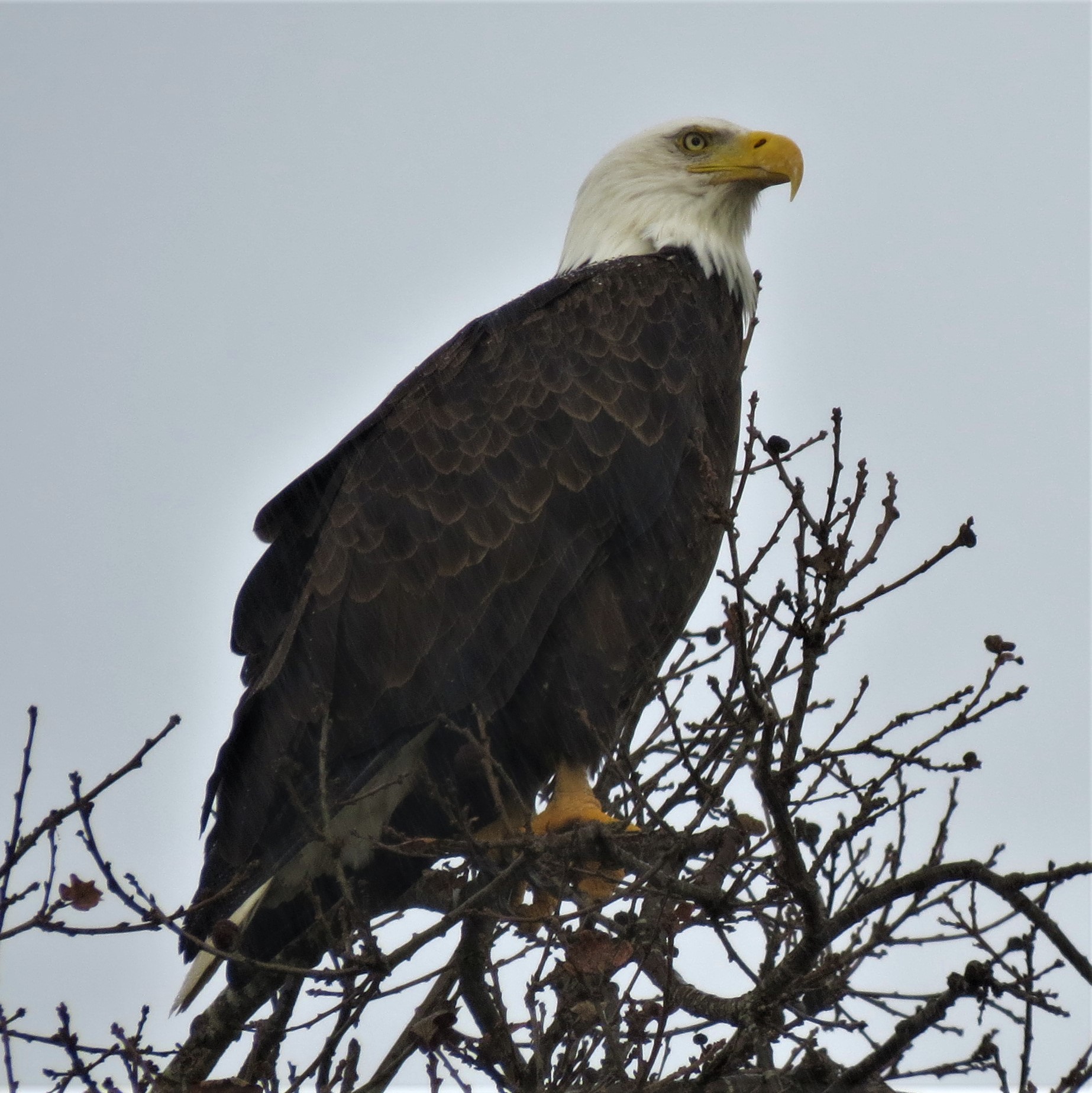 A couple of weeks ago we had a female elk get hit by a car on Hwy 101 just north of the Willits on-ramp. No people were hurt but unfortunately the elk died from the collision. The RCD decided to take the opportunity to learn what animals would come scavenge the carcass and set up a game camera. During the next two weeks I visited the site several times to see how the scavengers were progressing.

The site where the cow elk lies was not hard to find because of the large flock of turkey vultures that hung around the area. There were always at least 6 or 7 and one day there were more than 20 turkey vultures in the surrounding trees and on the cow elk itself. A couple of those days were extremely cold, down in the lower 20s or lower, but that did not deter the Common ravens and the Turkey vultures from showing up first thing in the morning.

The haunches, or the rump area, was the first part to be eaten by the scavengers. Video footage shows coyotes and foxes feasting through the evening.  Wary for sure, they never got comfortable enough to eat a huge meal and seemed to keep looking around distractedly. During the day it was a different story. The ravens and vultures seemed to settle in and stay for the long haul, eating for what seemed like hours until an unexpected visitor showed up.

The video captures this surprising event as the ravens and vultures all stop eating, and in unison, evacuate the area. It looks like there was a disaster such as an earthquake but instead down drops a regal Bald eagle right on top of the cow elk! It looks around for a moment and then digs in. The antics of this eagle and its associates is entertaining to watch! One of the Common ravens shows its true nature here, testing and pulling on the tail of the much larger and more powerful eagle while the vultures are focused on the task at hand with just a few disagreements between each other.

All three of these birds are performing an important function for the environment, facilitating decomposition of the carcass and keeping nutrients cycled in the ecosystem. Without them we would have problems with disease spreading and animals such as feral pigs would become more of an issue than they already are! Just think of how smelly and putrid it would be. Therefore I, for one, am grateful to this natural sanitation system and am in awe of how balance is achieved in our natural world.