The Great Blue Heron Compared With the Great Egret 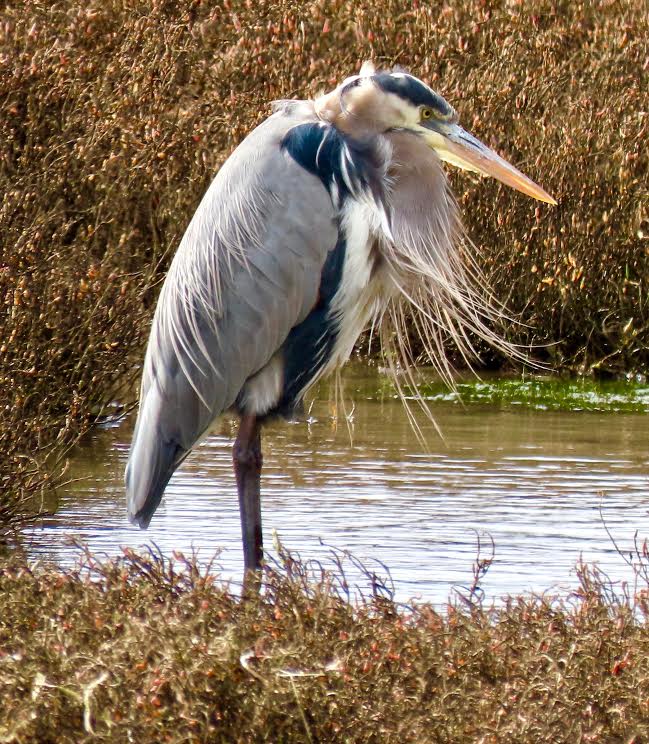 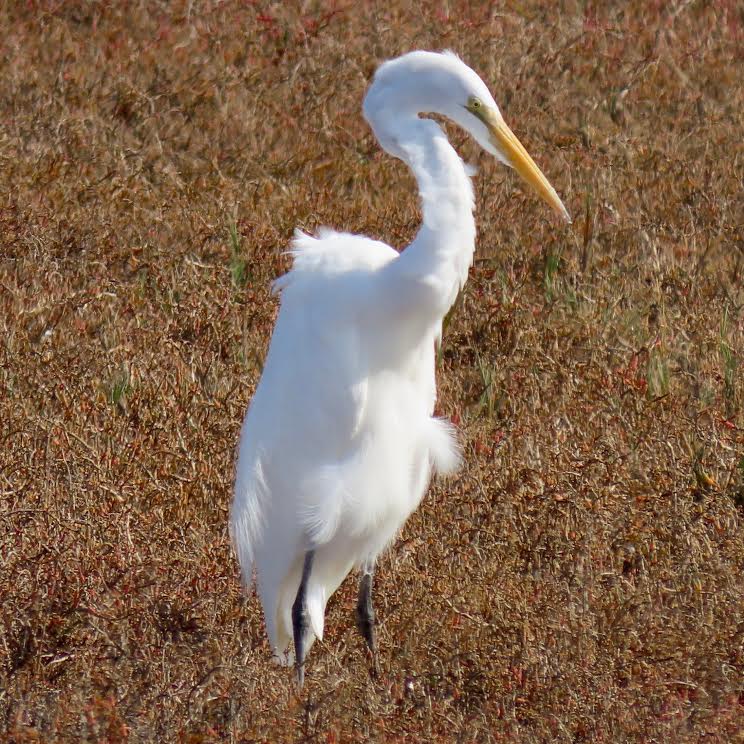 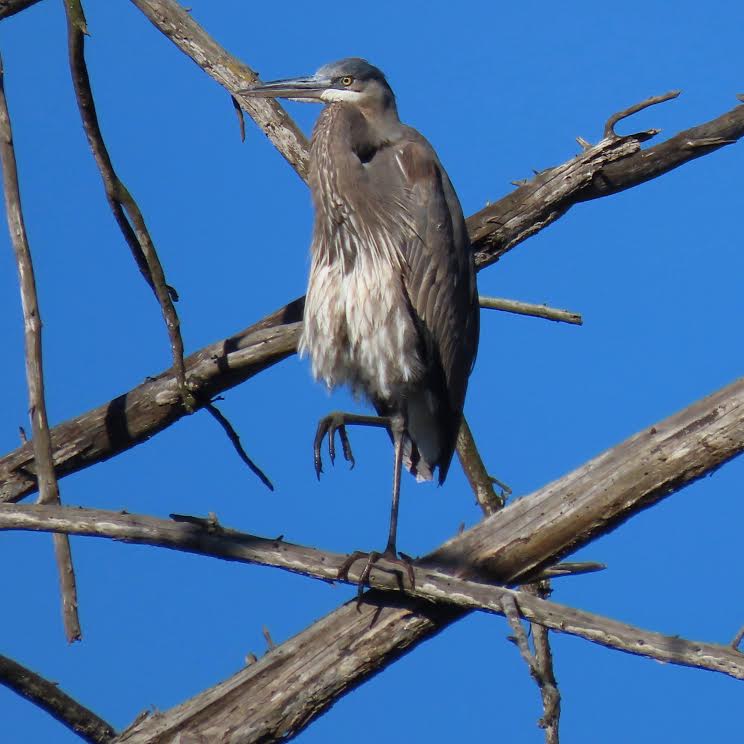 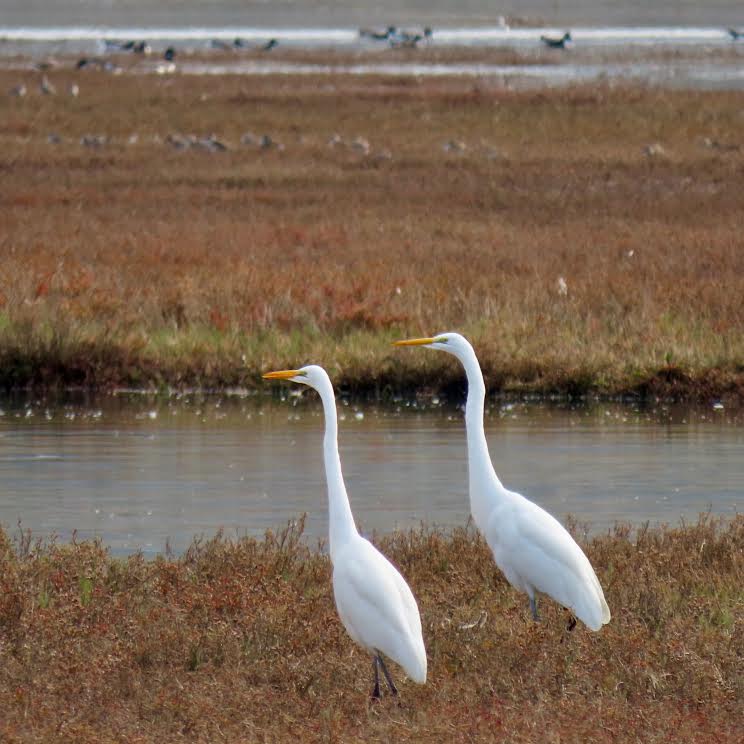 Walking around the valley grasslands and riparian areas I always come across the Great blue heron, Ardea herodias, hunting in the fields. It is looking for those Pocket gophers or California voles that may have been drowned by the recent flooding or are on the surface because it is just too wet out there. The other large bird I see out there hunting for the same food is the Great egret, Ardea albus.

Although both are herons, these are two very different colored birds. The Great blue heron has blue-gray coloring and accents of black, which makes it a very striking bird. The Great egret is completely white and stands out against the landscape.

The Great blue heron is the largest heron in North America. It is 36 to 54 inches long and has a wingspan of 66 to 79 inches. There is a white subspecies of the Great blue called the “Great white heron” found in Florida, the Yucatan, and in the Caribbean, but I have never seen this form in California. One interesting fact I learned about this heron is that they have specialized feathers on their chest that continually grow and fray. You can see these feathers in the photos. The herons comb this “powder down” with a fringed claw on their middle toes, using the down like a washcloth to remove fish slime and other oils from their feathers as they preen. Applying the powder to their underparts protects their feathers against the slime and oils of swamps. Everywhere I travel in California I see this heron in the fields, river and creek areas, and even right on the ocean floating on the sea kelp! It is a very adaptable bird and since the habit of shooting them for target practice has stopped their numbers have increased.

Measuring in at 37 to 41 inches tall and a wingspan of 51.5 to 57 inches, the Great egret is just a little smaller than the Great blue heron. However, it is still much bigger than the smaller egret that lives here called the Snowy egret. Like the great blue, the Great egret loves to eat all kinds of fish, amphibians, rodents, crustaceans, and even other birds like ducklings. They also have long, beautiful plumes that are used for courtship. In the late nineteenth and early twentieth centuries, more than 95% of Great egrets in North America were killed for their plumes, almost causing their extinction. Plume-hunting was banned in 1910, although some poaching still continued, and Great egret populations quickly began to recover. I often see them together with the Great blue herons and in some marshes all three species can be observed hunting closely. In the Willits valley, we don’t see as many Snowy egrets, but the Great blue heron and the Great egret are a common sight. Keep your eyes open for their beautiful flight, heads tucked in an ‘S’ shape and long legs out behind.