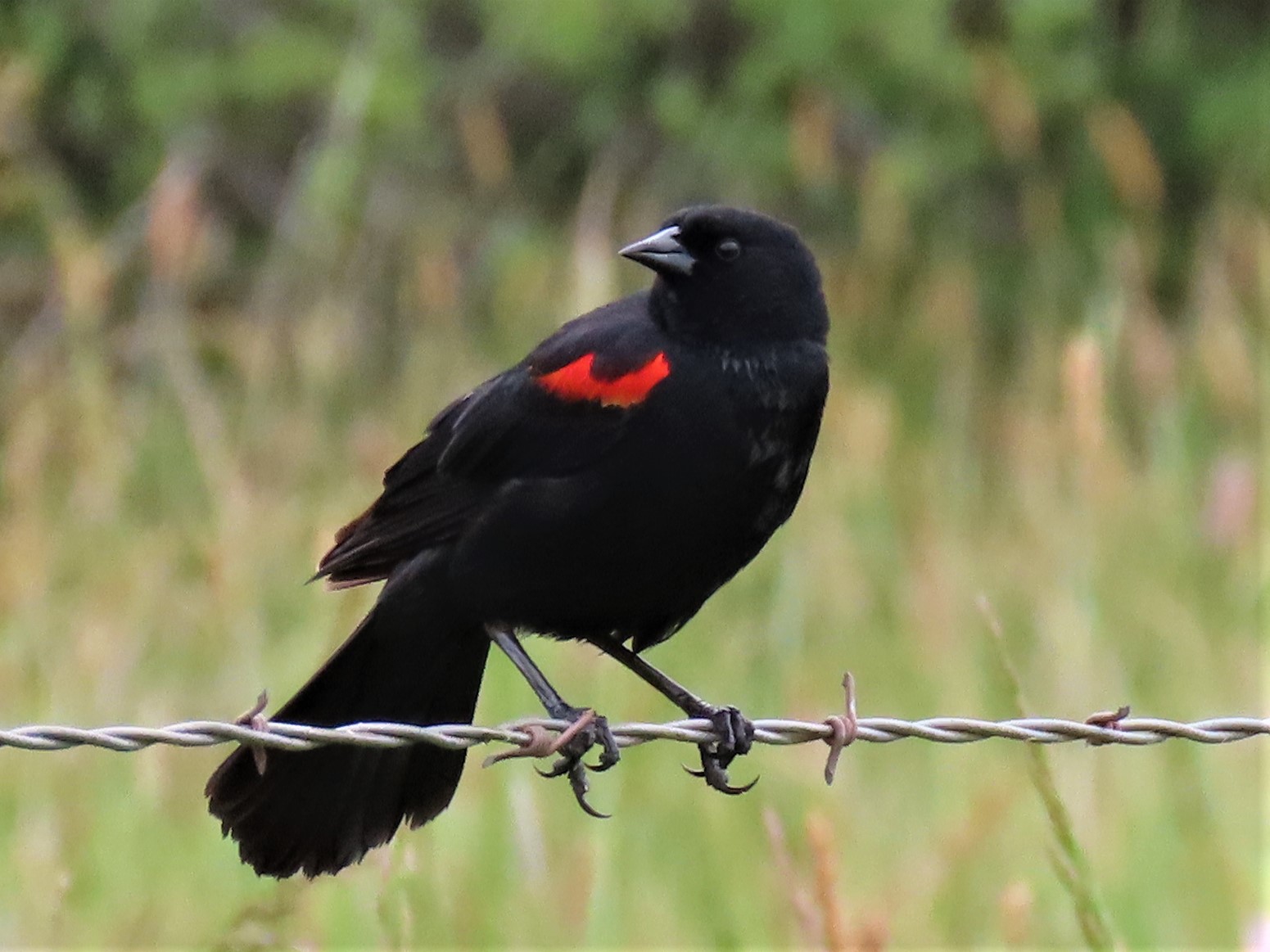 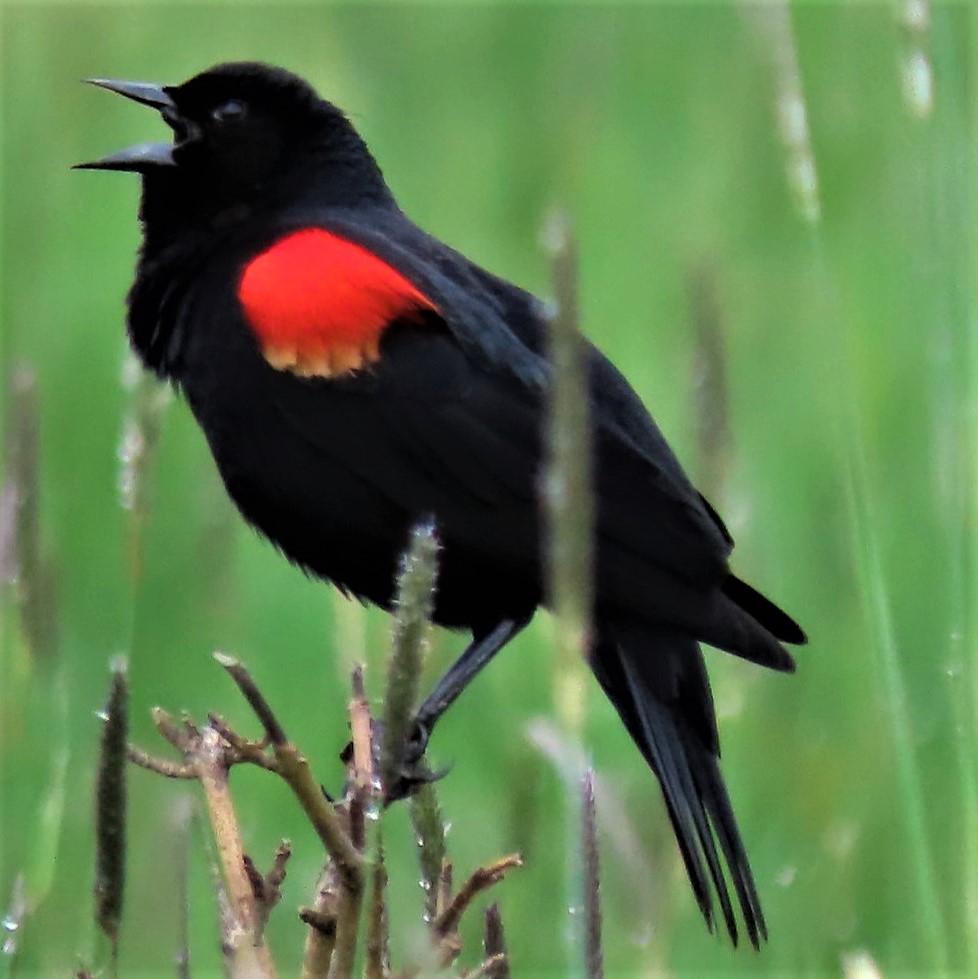 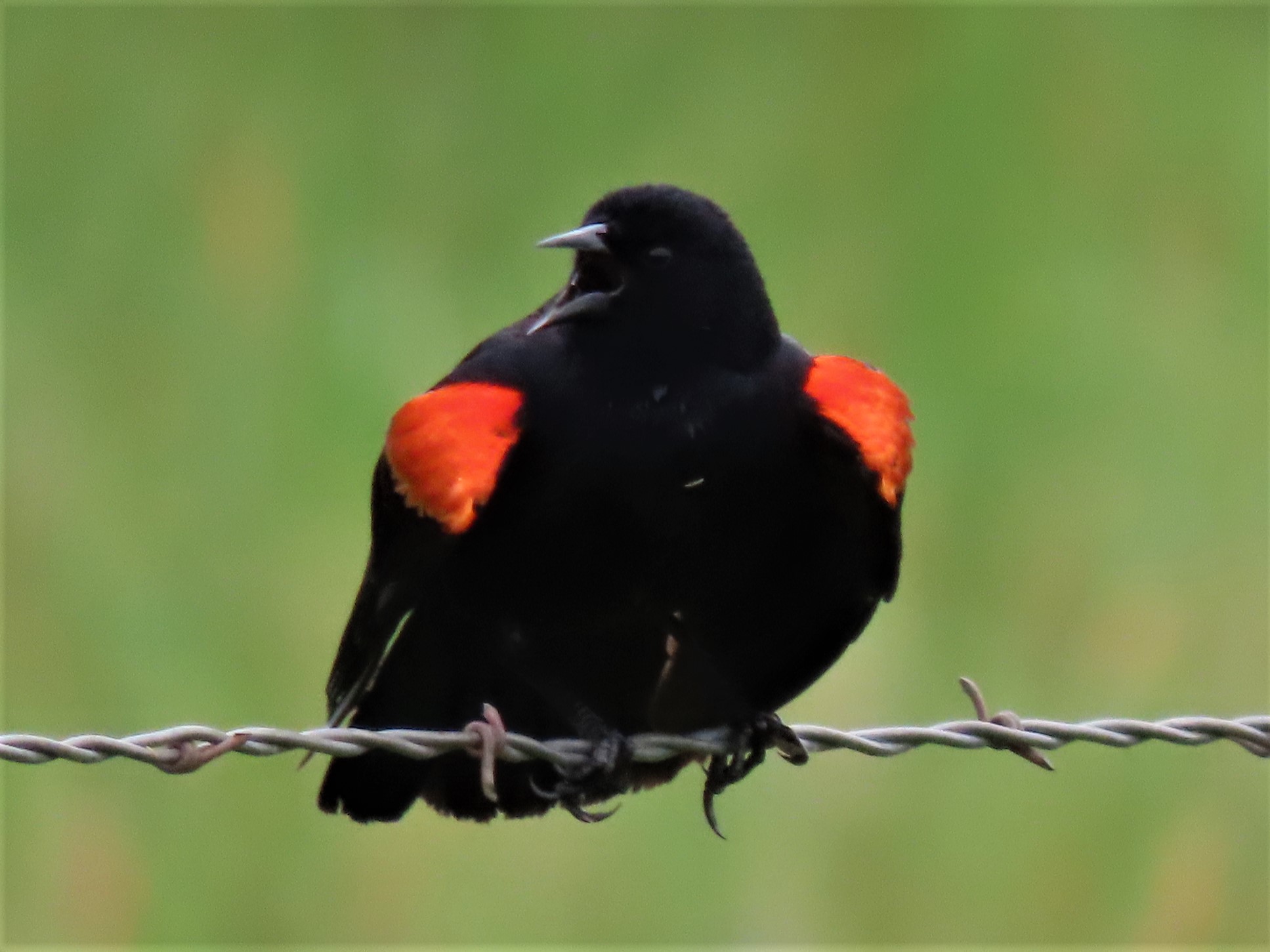 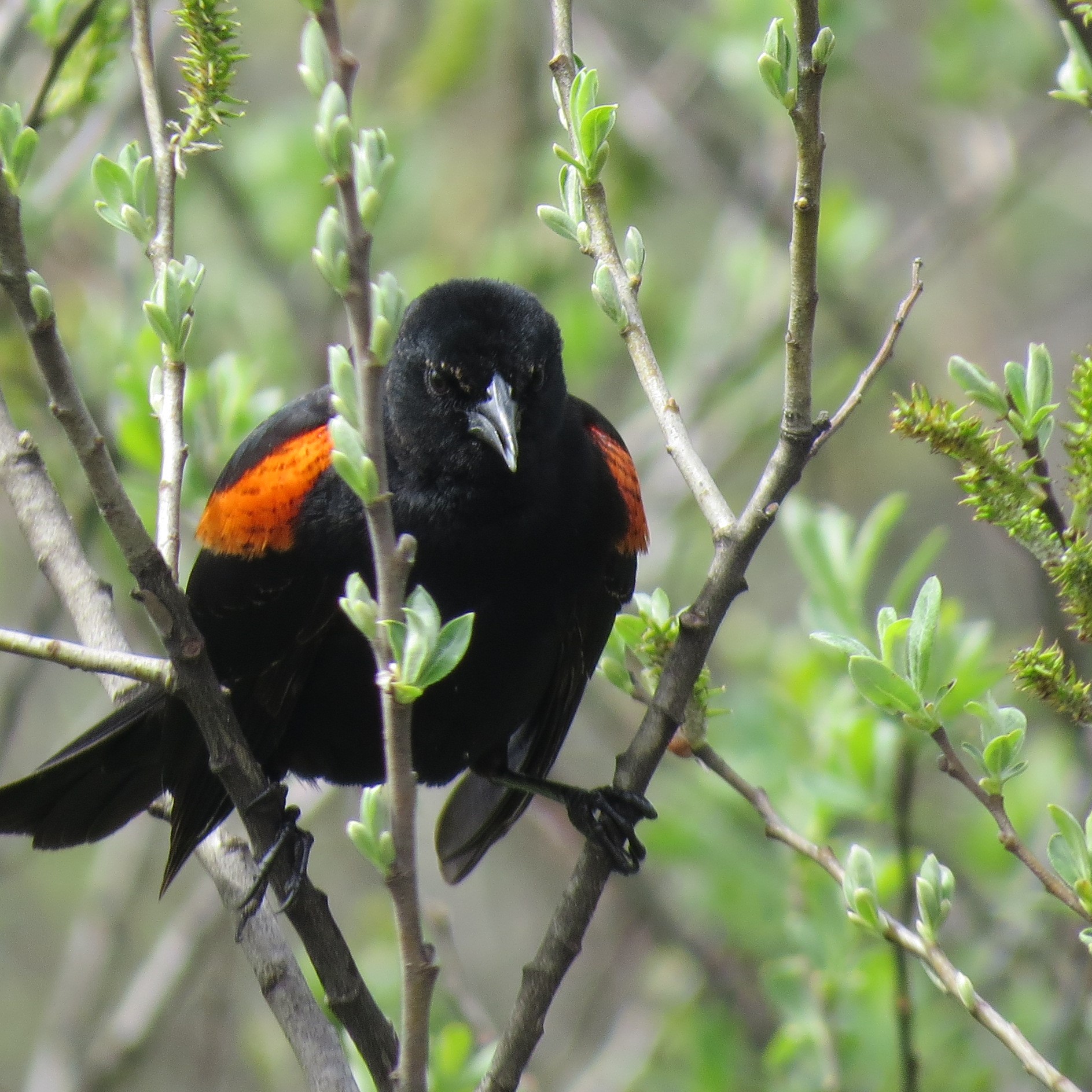 This time of the year, one bird that seems to be everywhere, with its dashing scarlet epaulets blazing out, is the Red-winged blackbird, Agelaius phoeniceus. This bird’s habitat includes wet meadows, riparian corridors, freshwater and brackish marshes, and lakes and ponds with cattails. Its unique vocalizations of liquid gurgling ‘konk-la-ree’ or ‘ook-a-lee’ ending in a trill fills my ears as I walk through the valley. They are indeed very busy with the task of proclaiming territory, guarding nest sites, and attracting females. Some are feeding young already. With this long protracted dry spring, many birds may attempt to have more than one or two clutches of young.

The Red-winged blackbird has many interesting traits. First, the male is fairly easy to identify because its name describes it so well. Red-winged blackbirds exhibit sexual dimorphism, meaning the males and females do not look like each other. Many birds exhibit this condition, with the males and females of the same species displaying different physical characteristics. The female Red-winged blackbird does not have the bright red patches on the shoulders, called epaulets, that the mature male redwings have. They are darker brown overall and have heavy streaking along their breasts with a pale eyebrow over a broad dark eyeline. She is colored perfectly for blending in with the grasses and cattails her nest is made in. It is easy to lose sight of where she lands in in an open grassland.

Redwings are not monogynous but practice what is called territorial polygyny, with individual males holding territories on which multiple females nest simultaneously. That is why they seem to spend so much time chasing other males away from large areas. They are protecting multiple nests. The females also have been found to have multiple mates, somehow escaping the notice of the main male, to procreate with other males in the area who are doing a good job defending their territories.

If it were not for those pale bluish-green eggs it would be very difficult to find one of their nests. The nests are usually built in emergent elevated vegetation or shrubs, but rarely in a low tree. Taking only 3-6 days to build, the nests are woven out of sedges and grasses and lined with finer shredded vegetation. We have found many of their nests tucked way into the crowns of the Reed canary grass, Phalaris arundinacea, sometimes out in the water.

Even though this makes sense for nest protection, I was still puzzled as to how it worked if the young fell into the water while fledging out of the nest. I learned through more research that the young redwings can swim quite well at 5 to 6 days old. Now that is a handy trait for a bird that nests over water!

The young are fed insects exclusively and I have observed the female redwings making numerous trips back and forth from trees and other brushy areas with their mouths full of what looks like caterpillars. As they drop down out of sight, the young noisily greet them. They can make a huge impact on problem insect populations and so do their part to keep a balance in the world.

After the nesting season ends in late June and July, these birds gather through the fall and winter in large mixed flocks. A couple of years ago in the month of September, I counted a flock of over 2,000 Red-winged blackbirds mixed with Brewers Blackbirds, European Starlings, and even some Brown-headed Cowbirds. These large roosting flocks make quite a din when they land in overhead trees!

Each spring season the Red-winged Blackbirds add color, song, and beauty to our environment. They are an interesting bird to spend time watching.