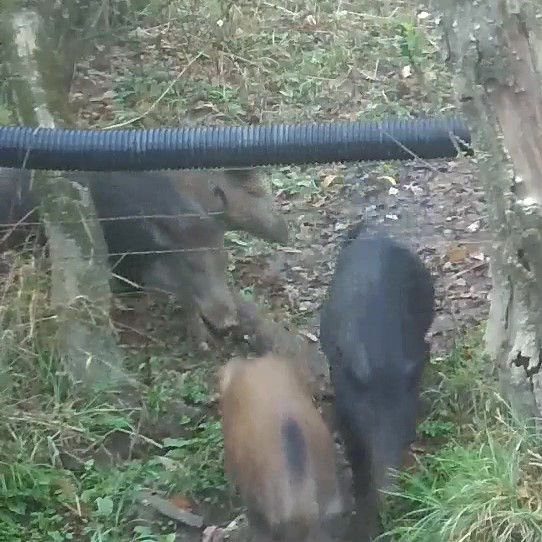 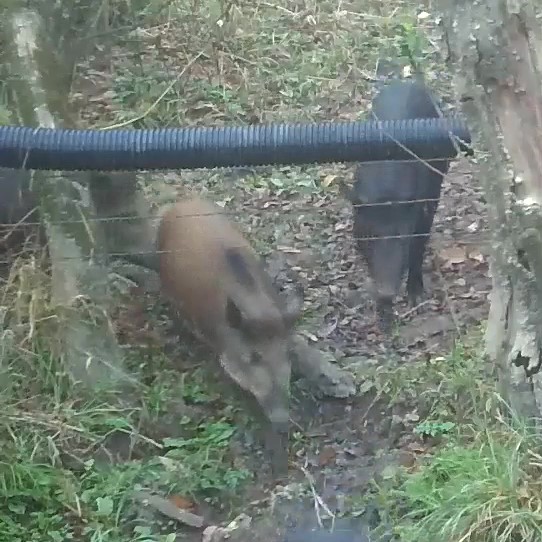 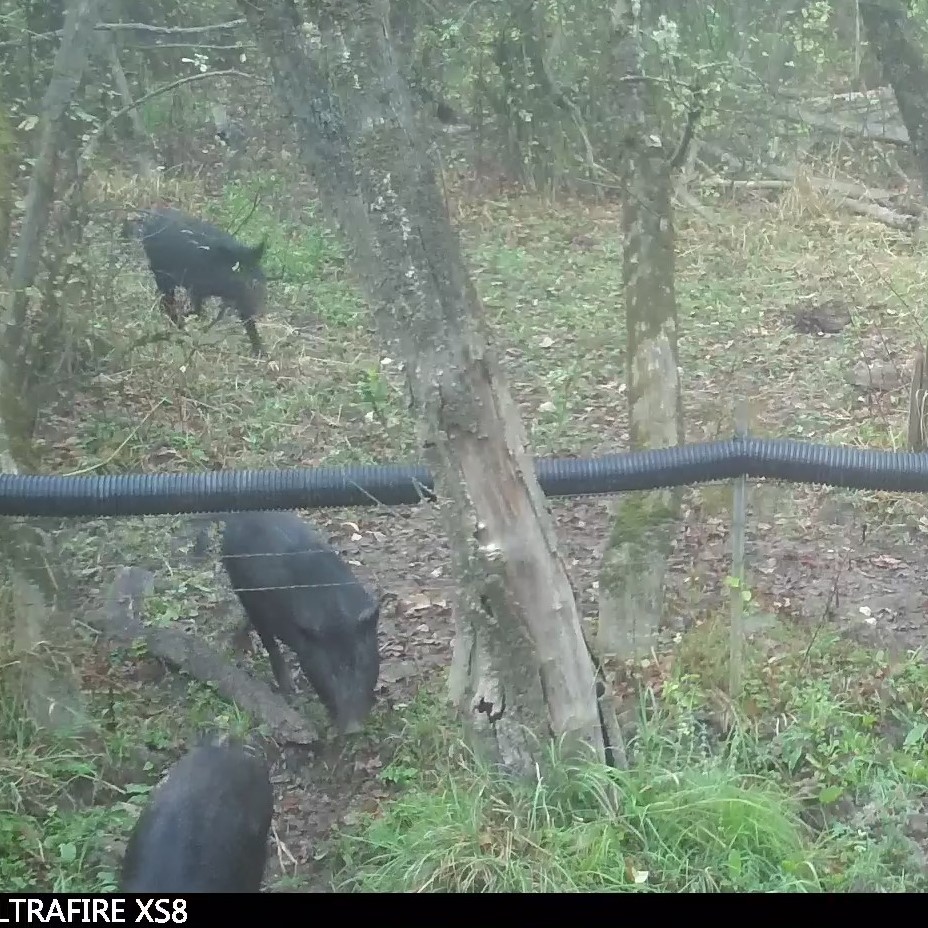 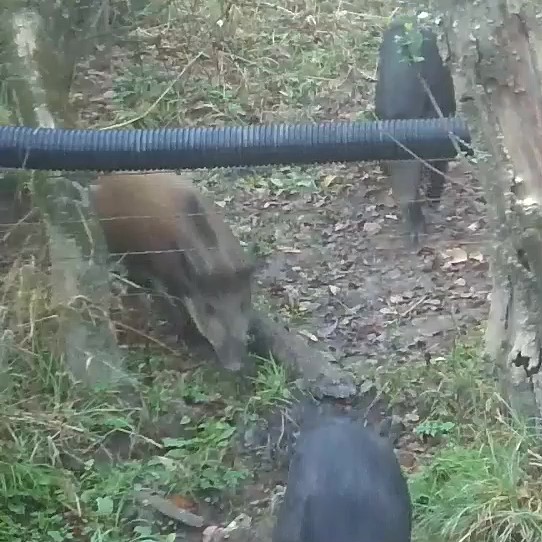 Today I want to talk about the feral pigs that have recently become a serious problem on the mitigation lands. The last few years we have seen some pig activity but this year it appears we have as many as 30 pigs that are roaming the valley digging up whatever they can. Besides damaging the many native plantings that are part of the mitigation project, the pigs may be having an impact on the native animals as well.

These feral pigs have not always been part of the landscape in California. In 1769, Spanish explorers introduced domestic swine to California as a food source and to clear land. Allowed to roam freely, these domesticated pigs eventually inhabited most regions of California as feral hogs. In 1925, the European wild boar was imported to Monterey County for hunting purposes and successfully interbred with already established feral hogs. These hybrids have since spread naturally throughout much of California after introduction.

Feral pigs can reproduce at a young age. A female can have her first litter at 7-months old and she can have around 12 to a litter. Fifty percent of those would normally be female and these hogs can have up to three litters a year. This exponential growth means that if there are 36 pigs in an area, in one year it can grow to 232! No wonder many agencies and landowners are worried about controlling these critters.

A study published in the Oxford Academic Journal of Mammalogy, Volume 90, issue 1 Feb 18, 2009 states, “There is recently reported evidence suggesting active predation by wild pigs in oak woodlands of the Diablo Range, in the central coastal region of California. Seven (13%) of 53 pig stomachs collected during 1 year contained rodents, especially California ground squirrels (Spermophilus beecheyi) that were unlikely to have been scavenged.” This brings up another possible threat to the native populations of mammals in our area. One of the important roles that the small mammals serve in the ecosystem is to provide a prey base to the predators that depend on them, such as coyotes, foxes, bobcat, raptors, and others. With the introduction of such voracious and fast reproducing, aggressive animals like the feral pigs, the ecosystem is altered dramatically and can cause the decline of native flora and fauna.

Pigs also carry diseases that can spread to humans. Three diseases of the most concern are swine brucellosis, pseudorabies, and tularemia. Feral hogs harbor other diseases as well.

As I walk around the valley lands and see the areas of pig rooting it is truly astounding to witness these impacts firsthand. Their snouts are leathery and long which enables them to be the ultimate natural rototiller. The erosion and disturbance to the ground creates conditions favorable to invasive plants and destroys the soil’s capacity for retaining moisture and nutrients. We are now working with CDFW on solving this problem in order to preserve the native plants and animals.