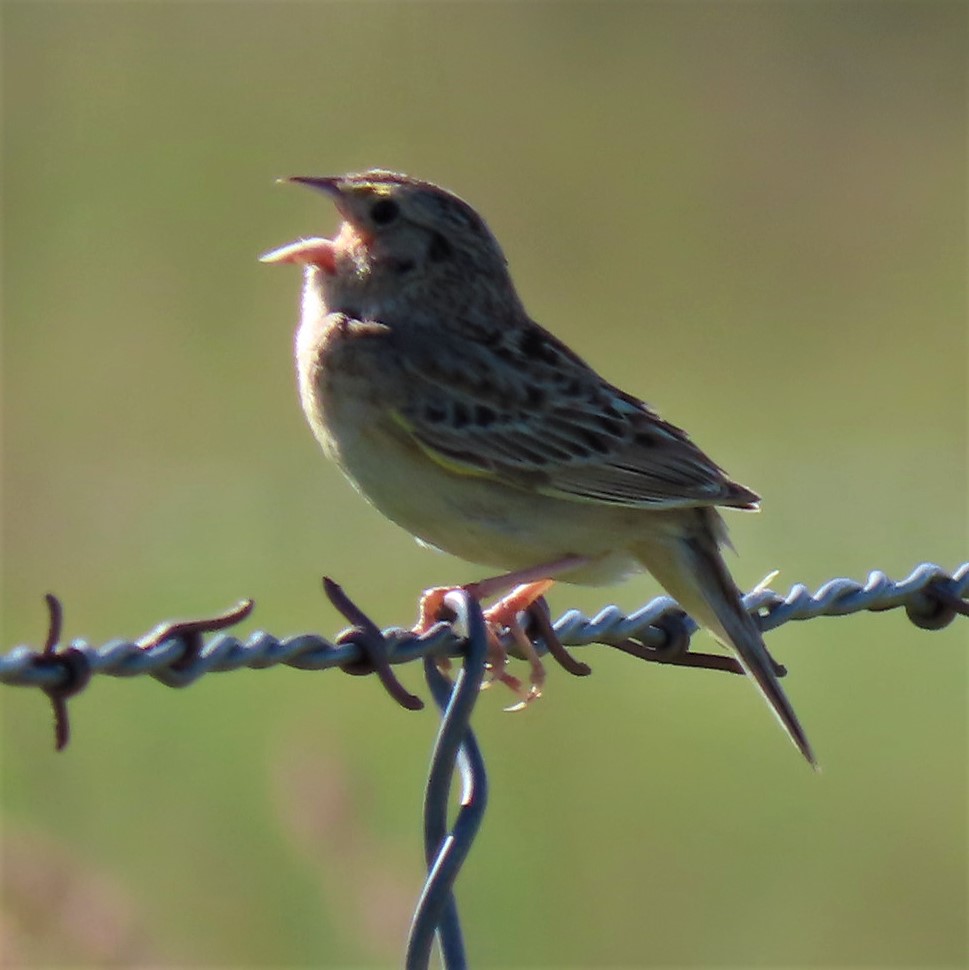 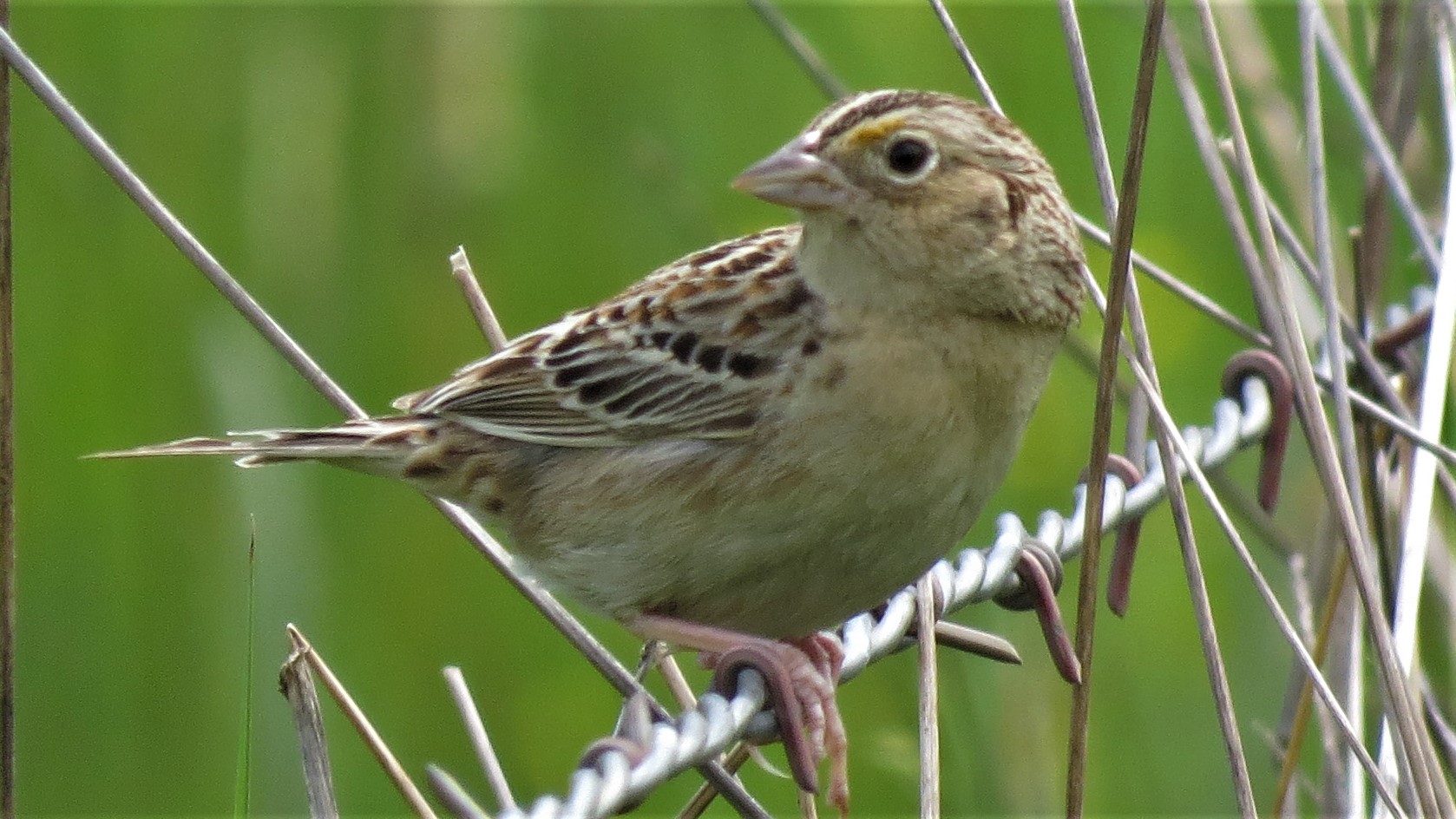 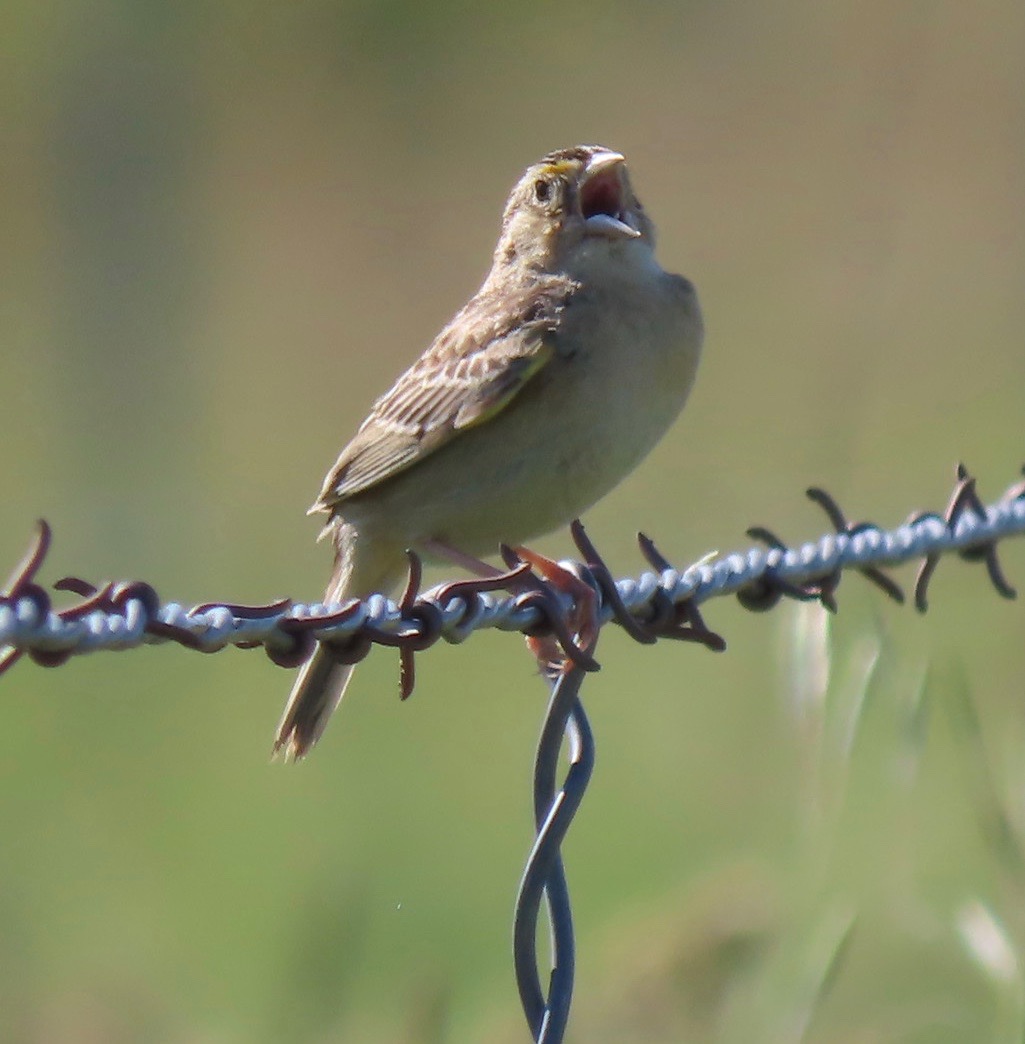 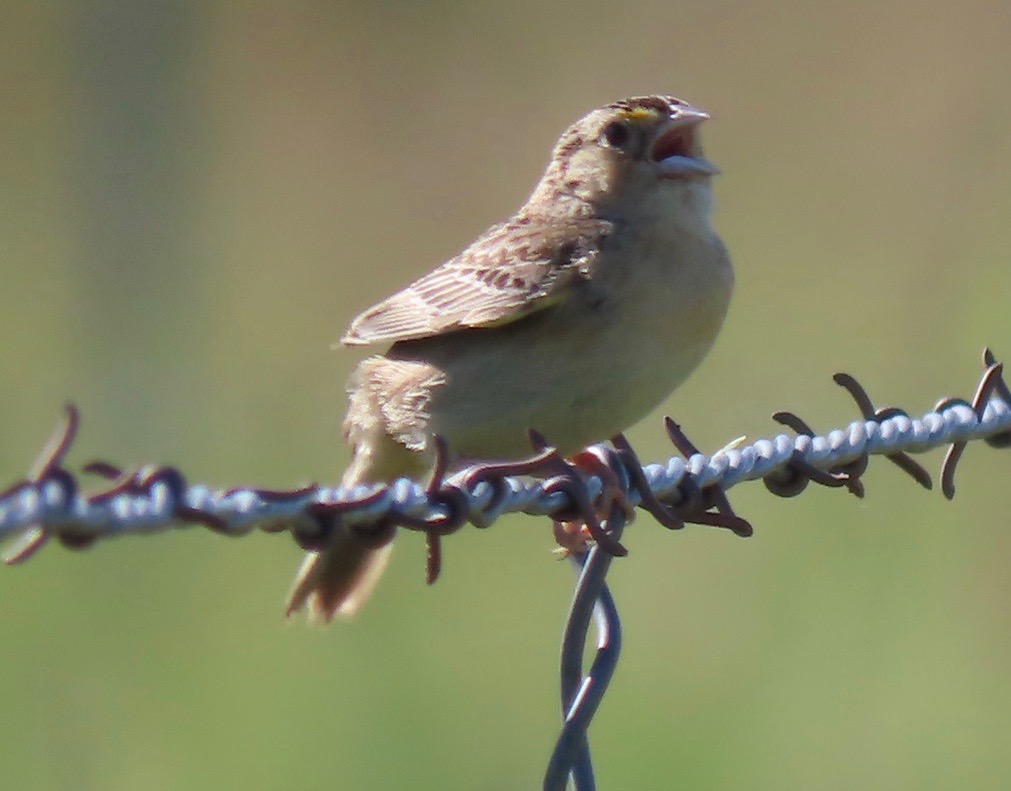 Sometimes it is the bird that is not so colorful or flashy that catches my attention. Today as I am walking around the grassland fields in the south end of the valley, I hear the high trill of the Grasshopper sparrow, Ammodrumus savannarum. This little, short tailed, large billed sparrow has a song, that many of my friends have a hard time hearing. It is a series of very high, insect-like trills and I have to be quite still and listen carefully to fully appreciate its beauty.

The Grasshopper sparrow is very fascinating bird,  it does not have much color on it, besides brown, black, and white,  but has  a yellow to orange line in front of its eye. Since it lives in the grassland and spends most of its time on the ground, this bird seems secretive, it is difficult to spot. Grasshopper sparrows run along the ground searching for their favorite food, grasshoppers! The only way I see them is when they are up on a dock plant or on a fence singing loudly with their mouths wide open. I love this high insect like song that is repeated over and over again. This fairly drab bird seems to light up when it is singing so brightly, throwing its whole body into the singing.

The Grasshopper Sparrow occurs in California primarily as a summer resident from March to September the breeding season extends from mid-March to August . It has been listed as a species of concern here in California because it has seen a decline of 72%. We are lucky to have several breeding pairs in our valley grasslands The winter status of this secretive species is obscure, though it is generally considered rare and appears with greatest frequency on the coastal slope of southern California.

Its nest, which even though I have searched extensively, I have never seen, is built on the ground, often at the base of a clump of grass within an extensive patch of tall grasses or sedge. The nest is usually domed with overhanging grasses and sedge, woven into the adjoining vegetation, with a side entrance. The inside is lined with fine grasses and occasionally hair. The eggs are white with reddish to brown spots.

Maybe one day I will see one of the Grasshopper sparrows fine nest creations but in the meantime I will enjoy seeing them on the fences or grass stalks singing with all their hearts.