The Crowned Sparrows are Back! 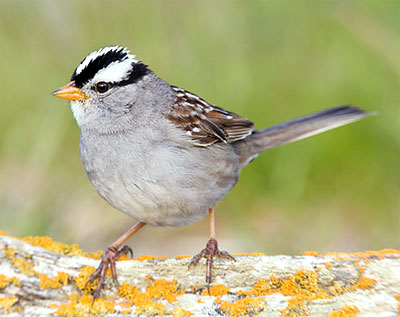 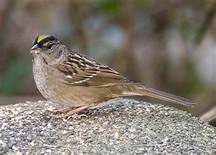 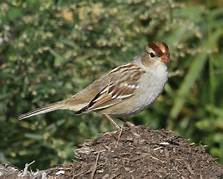 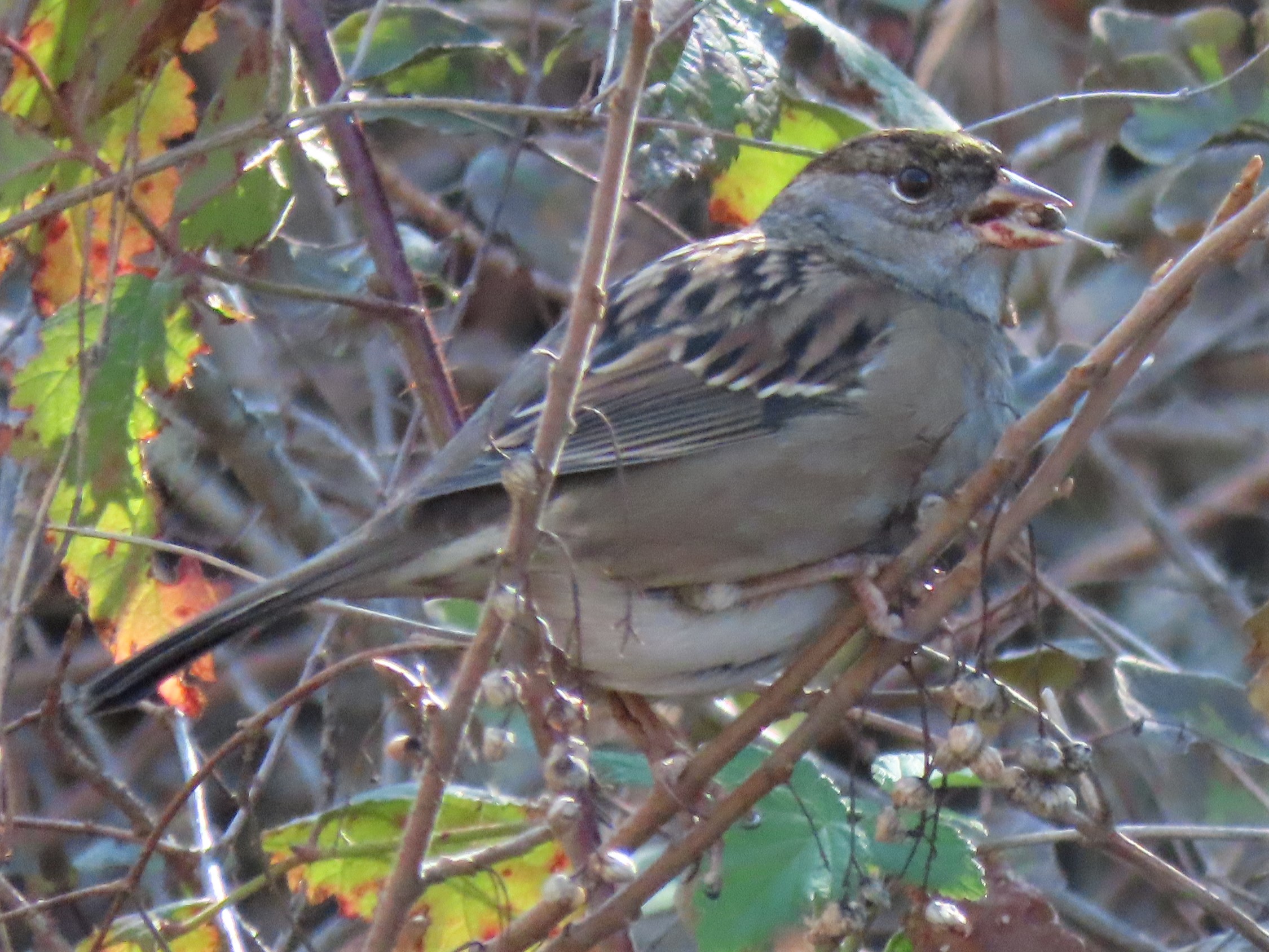 This time of year, the birds that come back to winter in the Little Lake Valley begin to fill the void that those spring nesters have left. They don’t sing as much and are not as brightly colored, but they are a wonderful presence. Today I am looking at the two “crowned” sparrows that have recently returned from their nesting grounds, the White-crowned sparrow, Zonotrichia leucophyrs, and Golden-crowned sparrow, Zonotrichia atricapilla.

The White-crowned sparrow is a resident of the coast year-round. Some spend the summer in the mountains and up north but come to our area in the fall and winter. Its song is a common sound in Fort Bragg, Mendocino, and other coastal areas. When it arrives here in the fall singing its lovely whistling notes, I am transported to the coast (having lived there for four years!). As I listen to this song, I think about how this bird species is one of the most studied in all of animal behavior. Different subspecies of the White-crowned sparrow sing uniquely different songs, which allows scientists to recognize the individual subspecies and then even tell where they have migrated from. White-crowned sparrows that breed in Alaska and arctic Canada spend the winter over much of the continental U.S. and Mexico. Birds along the Pacific Coast and in parts of the interior do not migrate north and south. Rather, they migrate into the inland valleys not far from where they nest. So, this time of the year we have a mix of sparrows, ones that have just come from the coast or mountains, and then others who come down from the far north regions.

When these sparrows arrive, I begin to have problems in my garden with the lettuce and other greens being nibbled or eaten down to the ground if they are newly planted. This is when I bring out the netting to keep them out! As I am walking in the valley, I observe them doing the same to the grasses and other sprouting plants that have come up since the recent rains. Seeds, berries, and vegetable matter make up most of their food in the winter, even though in the spring they feed their young mostly insects. This means that they live in somewhat different habitats during the spring and winter seasons. The high protein caterpillars, available on the native plants in the coastal areas, and the lack of competition, allow them to rear up clutches of healthy young.

One of the conservation issues negatively affecting these smartly patterned White-crowns, are the neonic-pesticides found in seeds on some agricultural land. It acts as an appetite suppressing drug and they stop eating. When a bird is migrating, it needs to put on weight before it departs for the winter area. Scientists are attributing the lack of weight gain to the birds’ migration cycle being disrupted. Populations of White-crowned sparrows have been declining.