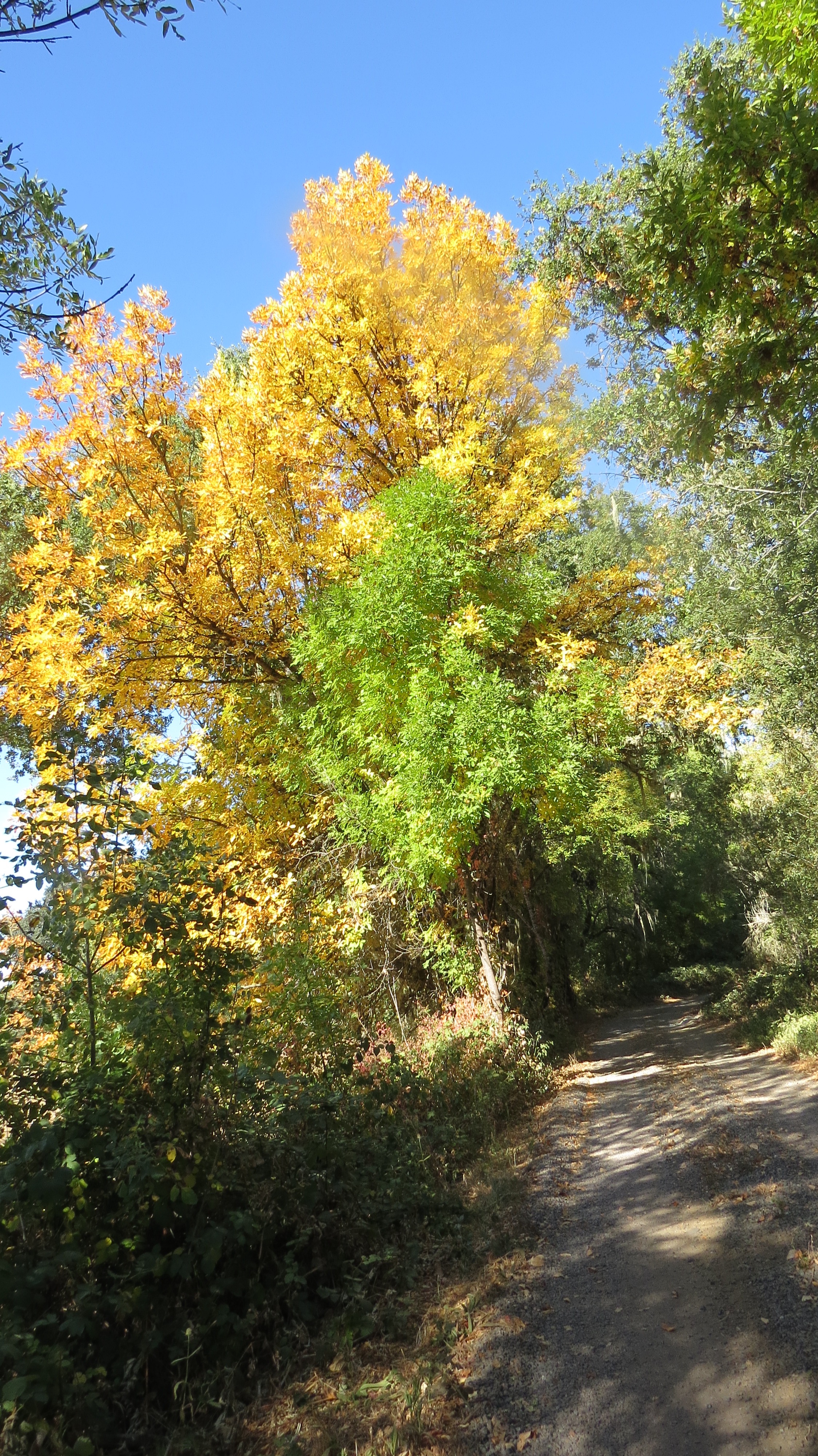 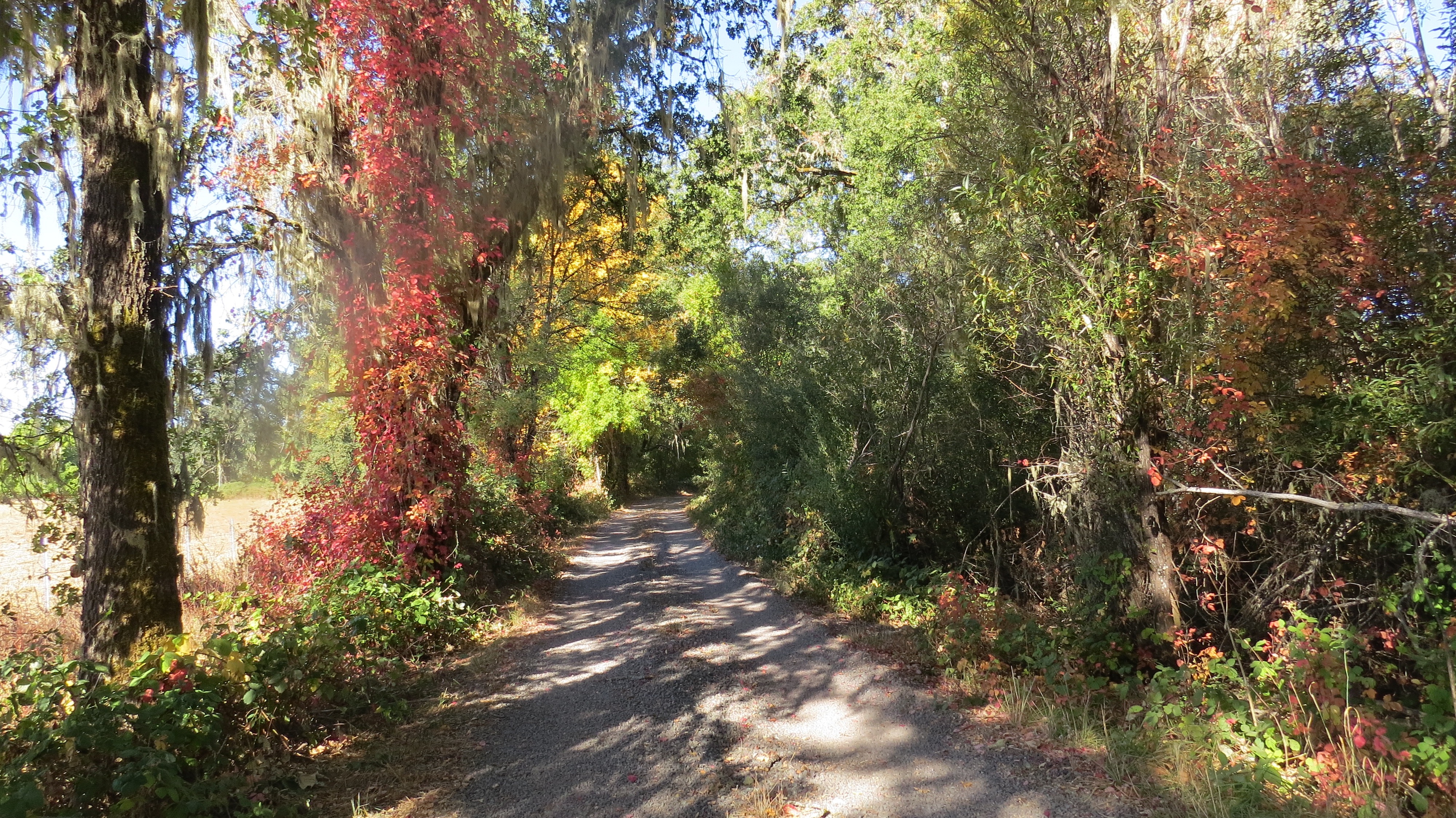 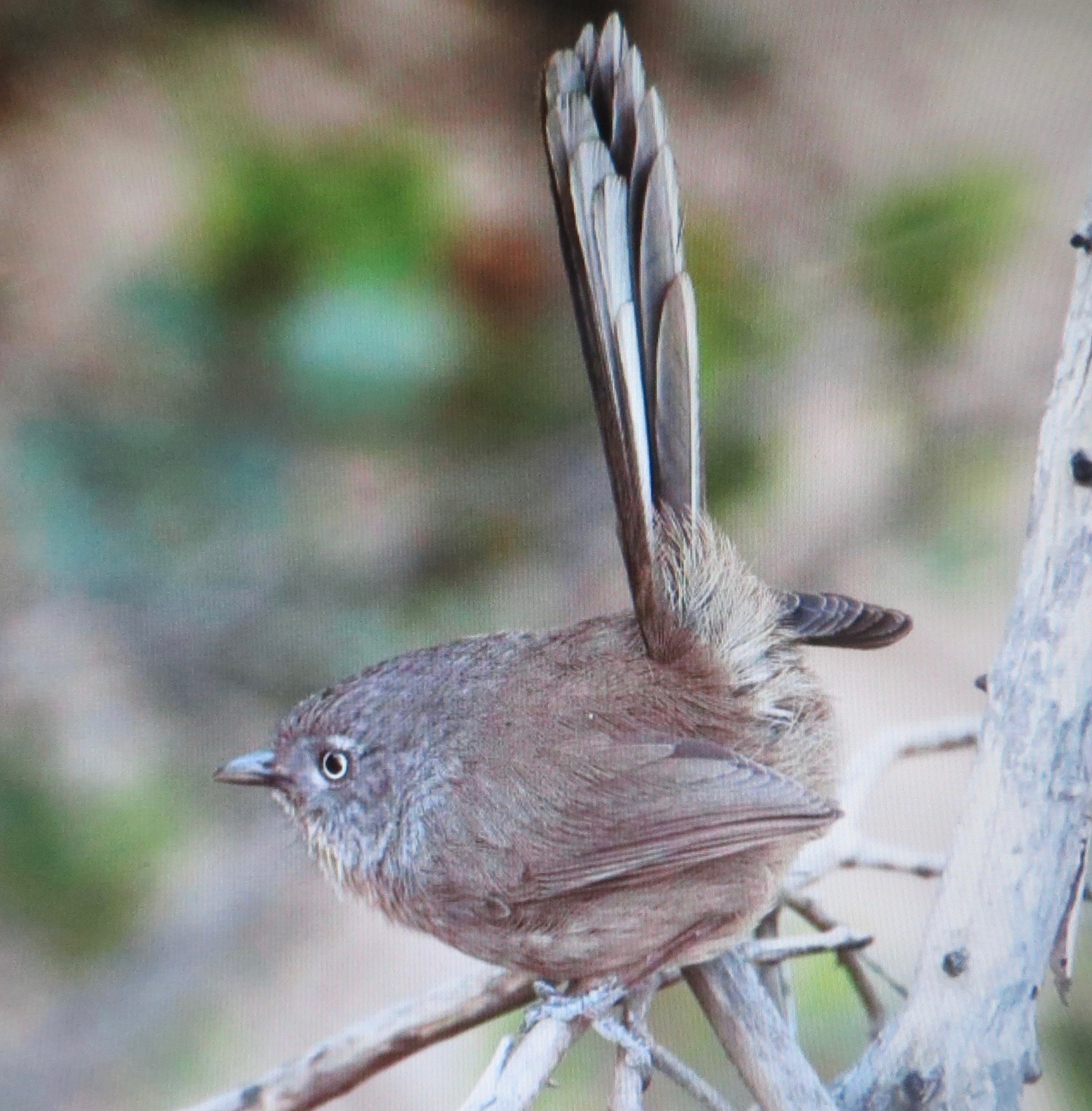 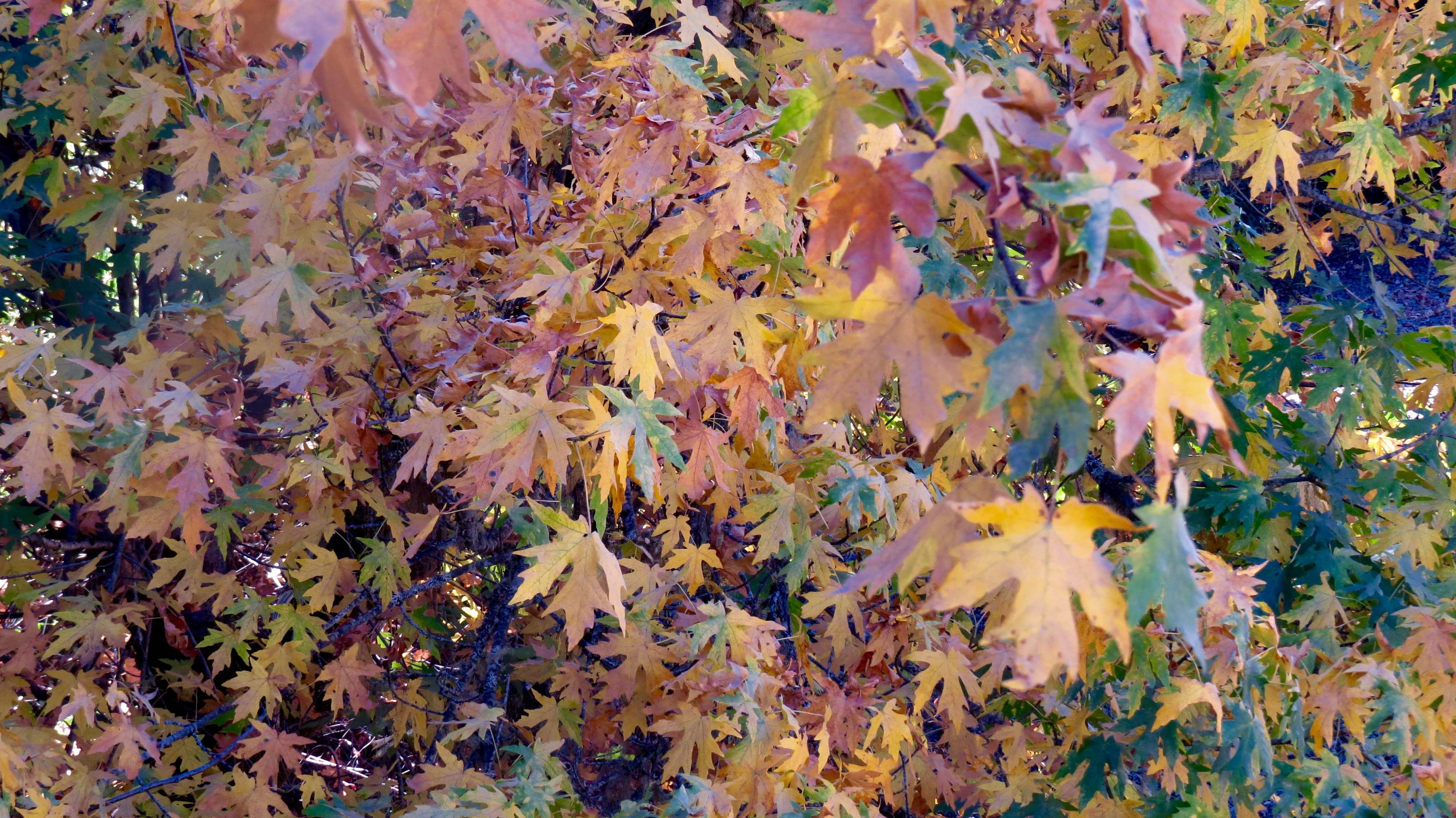 This is a fine autumn day. The morning was cool enough for me to start the day wearing layers including a down vest. Now the temperature is approaching hot so I am down to my t-shirt layer! The sky is a clear, brilliant blue with not a cloud in sight. There seems to be an expectant quiet all around as everything waits for the first rains to come in. The Ash trees have begun that shift into yellow torches, some are just barely yellow while others are fully aglow. The contrast with the poison oak, which I featured on the last blog, in its scarlet and orange, is a glorious palette of fall. The equinox has now passed and the days have begun to feel shorter but there are other signs of the changes that for me stand out as much.

In the morning, as light begins to fill the valley floor, the lack of songbirds is, of course, significant but there is one that has been singing all spring and now stands out as one of the few still singing, that is my reminder each year that fall has arrived. It is the Wrentit, Chamaea fasciata, the ping pong ball bird! It is singing right now as I am walking along and it was the first bird I heard this morning! It has a song that sounds like a bouncing ball and it is brownish-gray, has a long tail and a has a contrasting white eye. This bird can be hard to spot because it hides in the coyote bushes or other shrubberies though I have found they can be very curious about what is going on in their environment and will come out to see what I or other creatures are up to. I could not take a photo of this allusive bird so I have taken one from the Cornell site, www.allaboutbirds.org.  It is a great and informative site about all birds.

Here are some interesting facts about this bird: it is endemic ( only found) on the western edge of North America,

The Wrentit is one of the most sedentary birds:: it only travels 1,300 feet from where it was born. They mate for life, both males and females help rear the young, and they scold other birds or even people that get near to their territories. They build their nests with strips of bark from the stems and trunks of Cal Sage, Coyote bush, Poison Oak , and other shrubs, which are woven together with spider webs to form a cup that is then lined with finer plants such as soap plant, grasses, and lichen. It takes 6 to 7 days to build.

I am going to share their conservation status because this bird is facing some significant challenges, this is from the same site from Cornell:

Wrentits are common birds, but populations declined by almost 1% per year between 1966 and 2015, resulting in a cumulative decline of 31% over that period, according to the North American Breeding Bird Survey. Partners in Flight estimates a global breeding population of 1.4 million Wrentits with up to 93% living in the U.S. and up to 7% in Mexico. Partners in Flight rates them a 14 out of 20 on the Continental Concern Score. The Wrentit is listed on the 2016 State of the Birds Watch List which includes species that are most at risk of extinction without significant conservation actions to reverse declines and reduce threats. Wrentits live in areas that are prime commercial and residential real estate, especially on the California Coast. Conversion of scrub and chaparral habitat to residential and commercial development reduces populations and creates habitat islands, isolating populations and potentially leading to loss of genetic diversity.

Today I heard and or saw 39 species of different birds. I counted around 275 individual birds that were out and about on this hot fall day. Only a few of these were migrants into our valley for the fall and winter times. More bird species of migrants will be arriving shortly, especially after the first rains fall. Our fall and winter migration species include many raptors such aw Bald eagles, Prairie falcons, and Ferruginous hawks, it also includes many species of waterfowl, such as Pintail, Green winged teal, and Northern Shoveler ducks. It is exciting thinking of the arrival of all of those birds!

In the meantime, at this point in the early fall, the Wrentits, that are resident out here (meaning they live here year-round), are singing their unusual song.

While I am out here listening to the singing of a few of these wonderful birds, I am aware that this mitigation land provides a marvelous habitat for them and it makes me so happy to know it will be here for many future generations of wrentits.