The American Pipit: One of our Fall and Winter Visitors 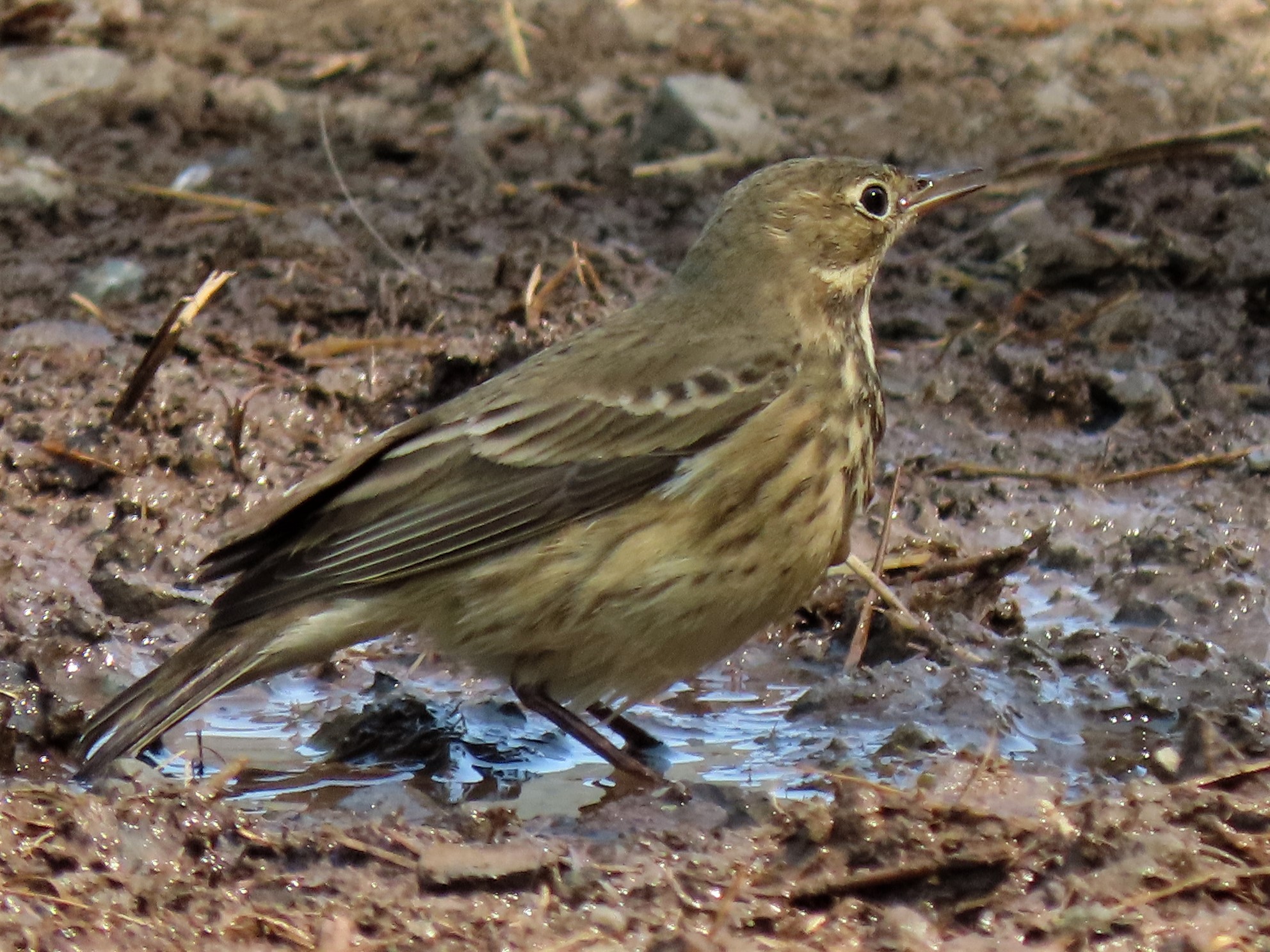 In the smoke-filled pasture there was a perky, tail bobbing American pipit. 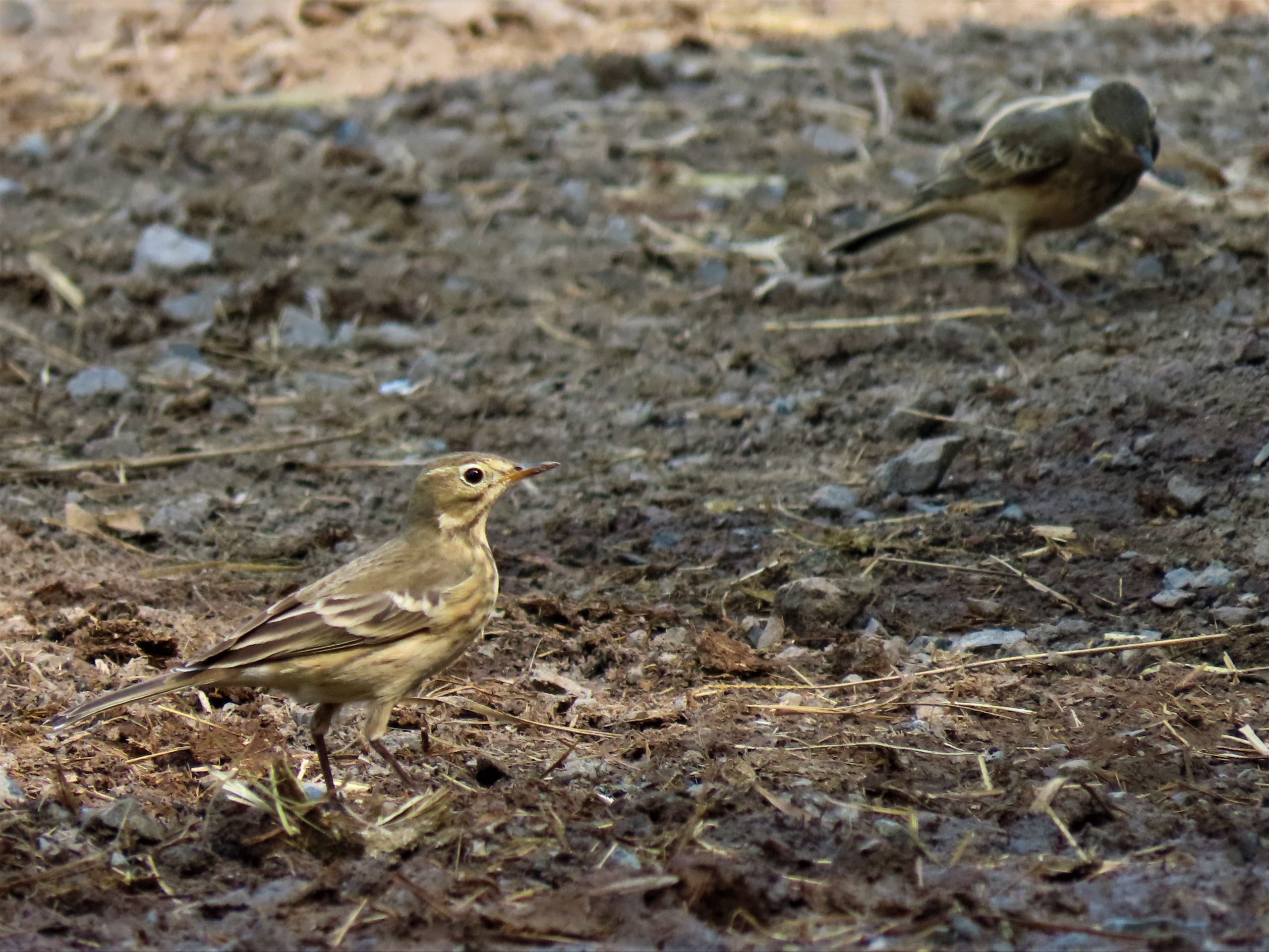 There were about 30 pipits grazing for insects like grasshoppers. 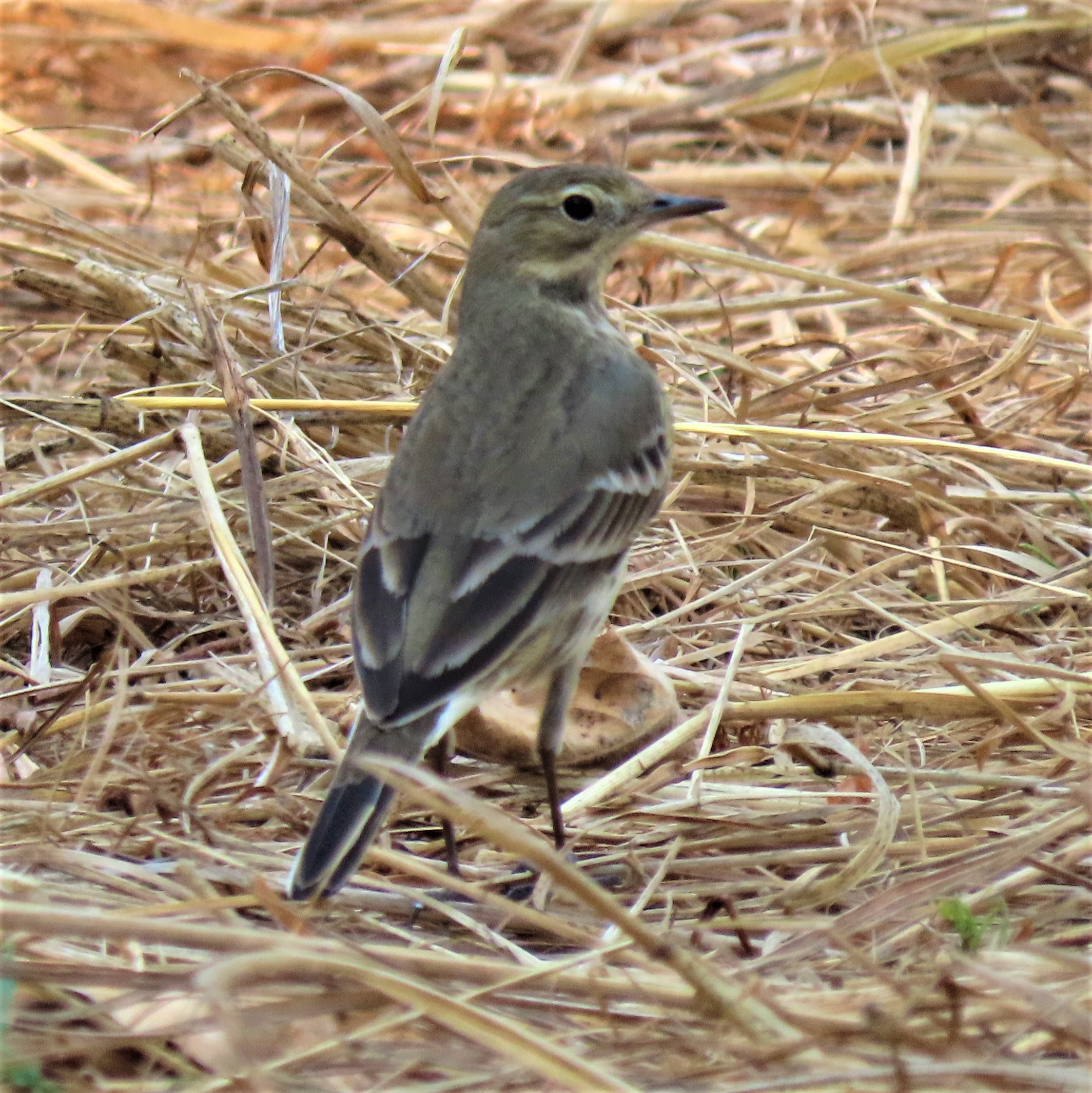 This sparrow-sized bird has a uniform brown crown and upperparts buff with streaks: its’ outer tail feathers are white. 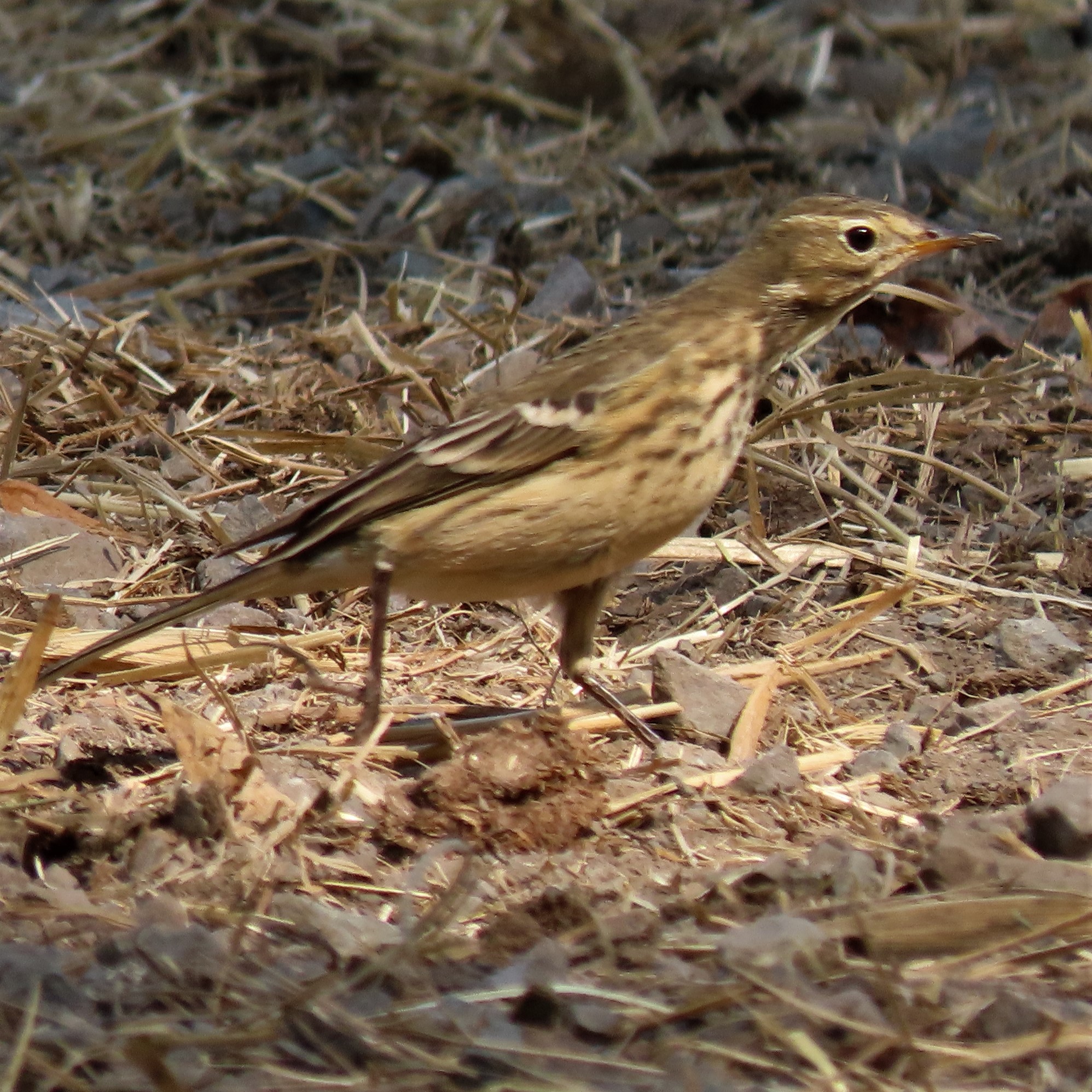 These pipits never stop moving, searching for insects, bobbing their tails up and down as they walk along.

Today the smoke is back, and I am disappointed, it was delightful to have blue skies for a few days. Donning my mask, I head out to the northern pastures of Little Lake Valley. Photography will be challenging for sure. The valley is full of sparrows, all kinds of them. The crowned sparrows are back from their breeding areas on the coast and farther north. White-crowned and Golden-crowned sparrows dart in the dust of the roads but what catches my eye is a more slender buff-breasted, tail bobbing group of birds out in one of the pastures where the cows are resting in the shade of the Ash forest.

Excitedly I realize that these are American Pipits, Anthus rubescens, back from their northern territories where they nest. They are among the few species of American songbirds that nest both in the Arctic tundra and in Alpine meadows. Afterwards, in the fall and winter, they travel to lower elevation valleys throughout northern California and the tip of Central America. The flock in this field may be staying for the fall and winter months or be on their way to far away Panama.

It is such fun watching their antics as they forage for insects such as grasshoppers (of which there seems to be hundreds), hopping up to catch one as it jumps away, stalking them along the ground with their tails bobbing like a Spotted Sandpiper. American Pipits, not a particularly striking bird, have a soft brown crown and upperparts. Their buff colored breast with streaks and their white outer tail feathers do help to identify them from other small sparrow-sized birds.

A fun fact I have learned about Pipits is that they have a long hind toe (called a hallux) and toenail, like the group of birds called longspurs. This may be a helpful adaptation for walking on unstable ground such as snowfields and mudflats. The American Pipit used to be known as the Water Pipit and is now split into multiple species. They are a resilient bird. An alpine population of seventeen nests in the Beartooth Mountains of Wyoming was buried in a snowstorm for 24 hours. It was observed that all the nestlings that were eleven days or older and some of the ones that were younger survived the ordeal! This tells me that these little energetic birds are stronger than they look!

As I move closer to get better photos they keep moving away, making their ‘pi-pit’ sounds just beyond the reach of my camera. I stop and let them be, thinking about the kind of journey they have had, through lots of smoke, wind, heat, and even snow in the north. It is with awe that I stand observing them.