So Many Brush Bunnies! 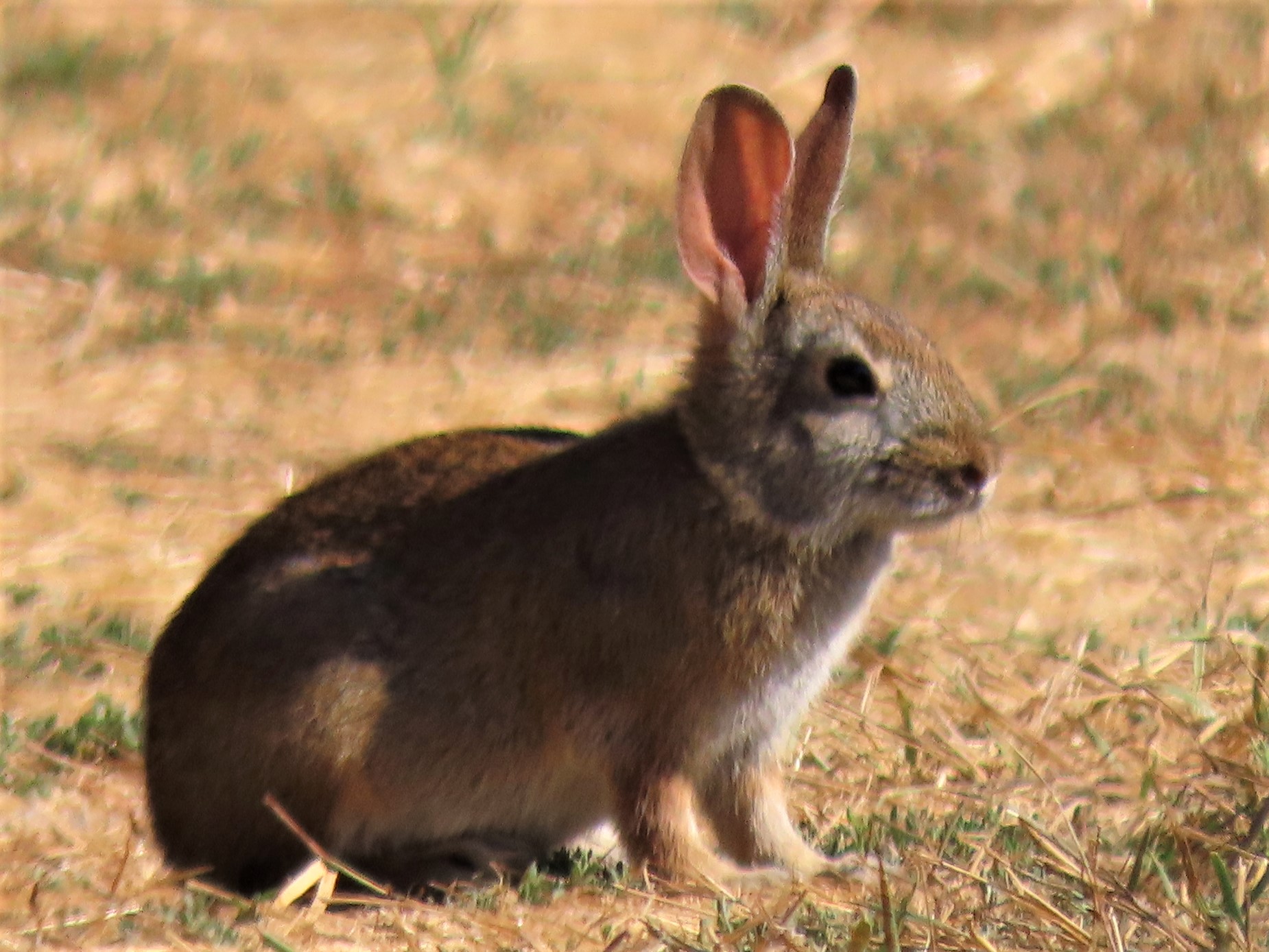 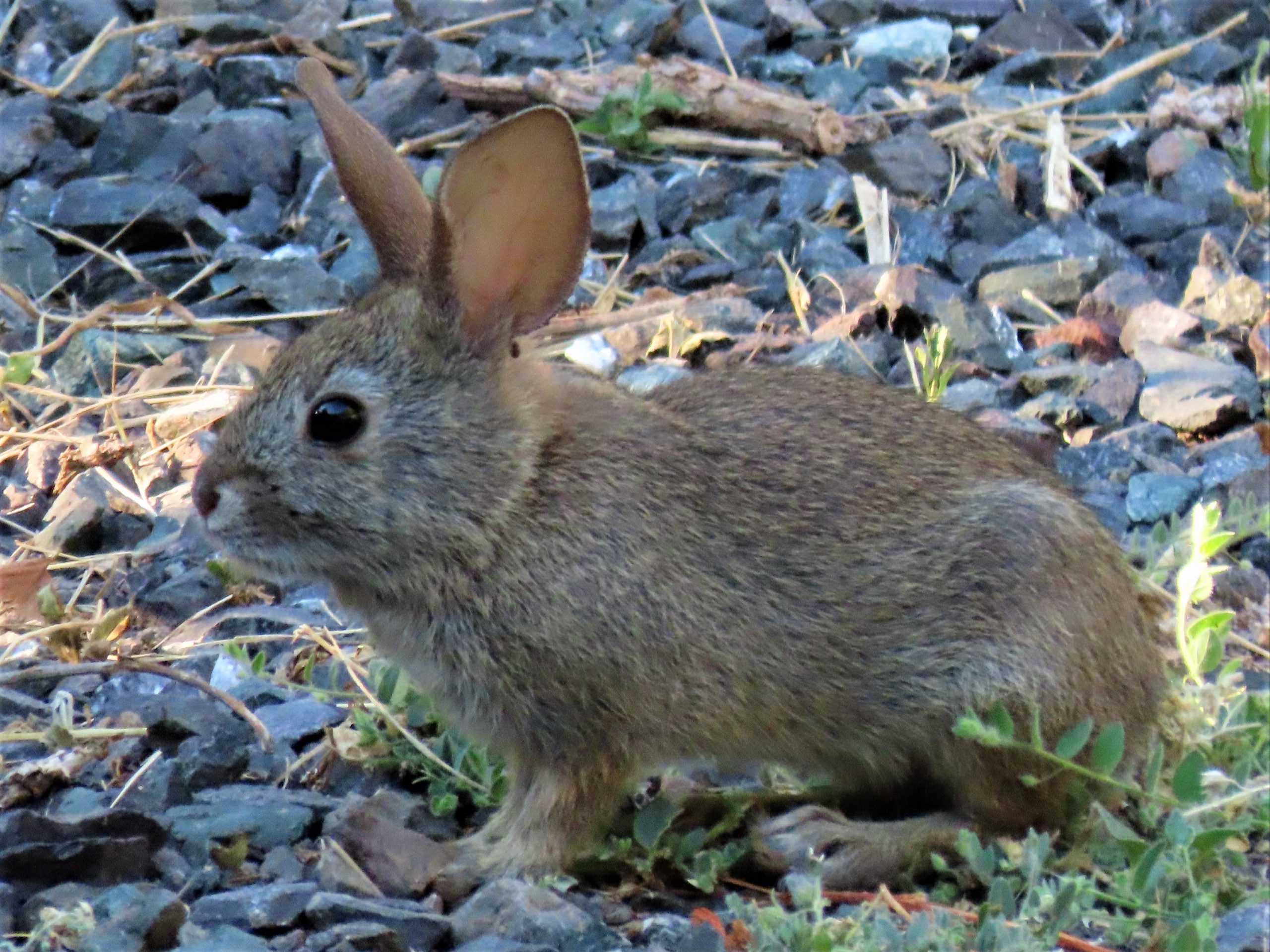 This is a baby brush bunny which is very aware of its environment. Look at those ears! 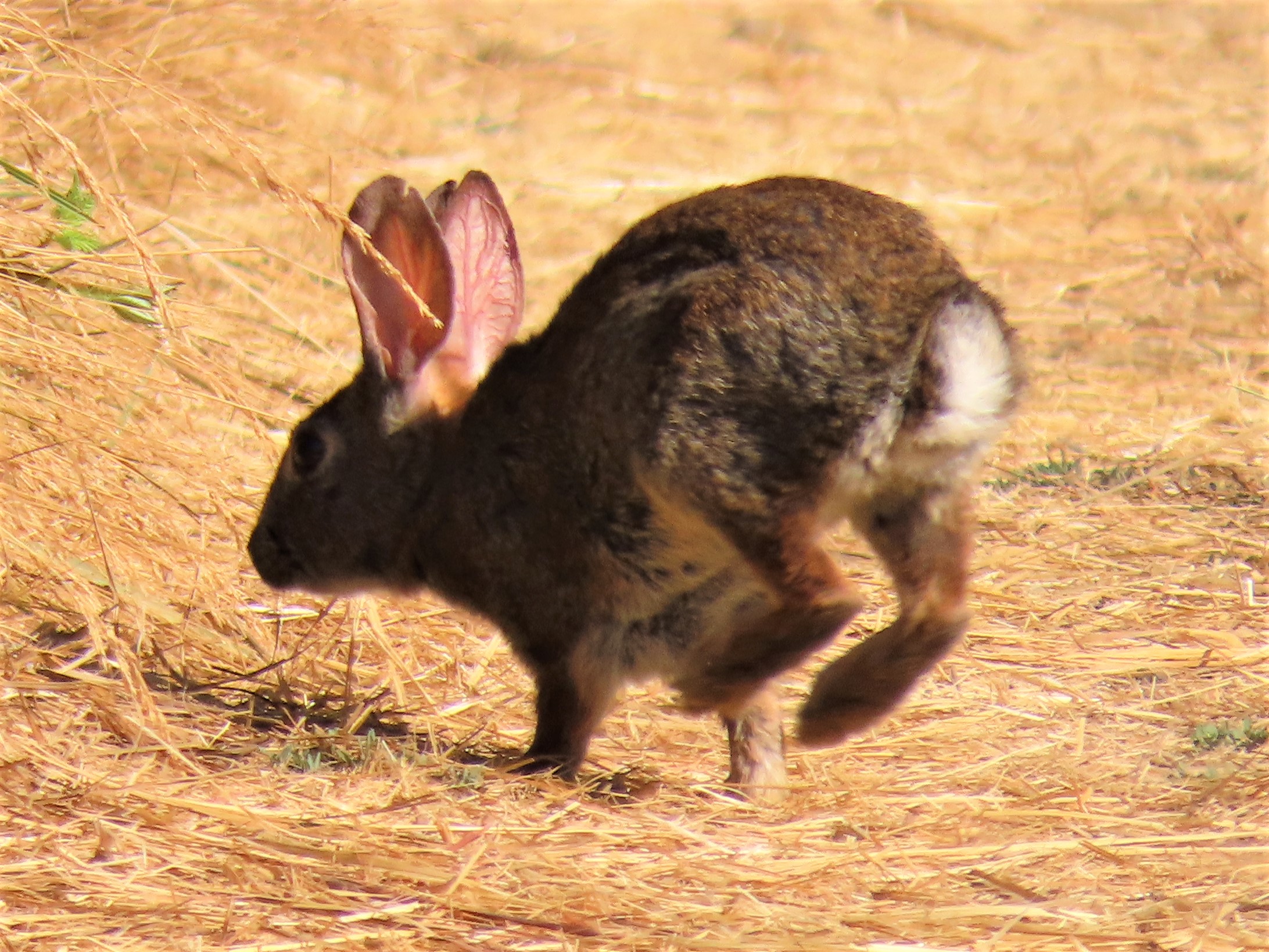 Notice the white “cottontail” that flashes as it hops away. 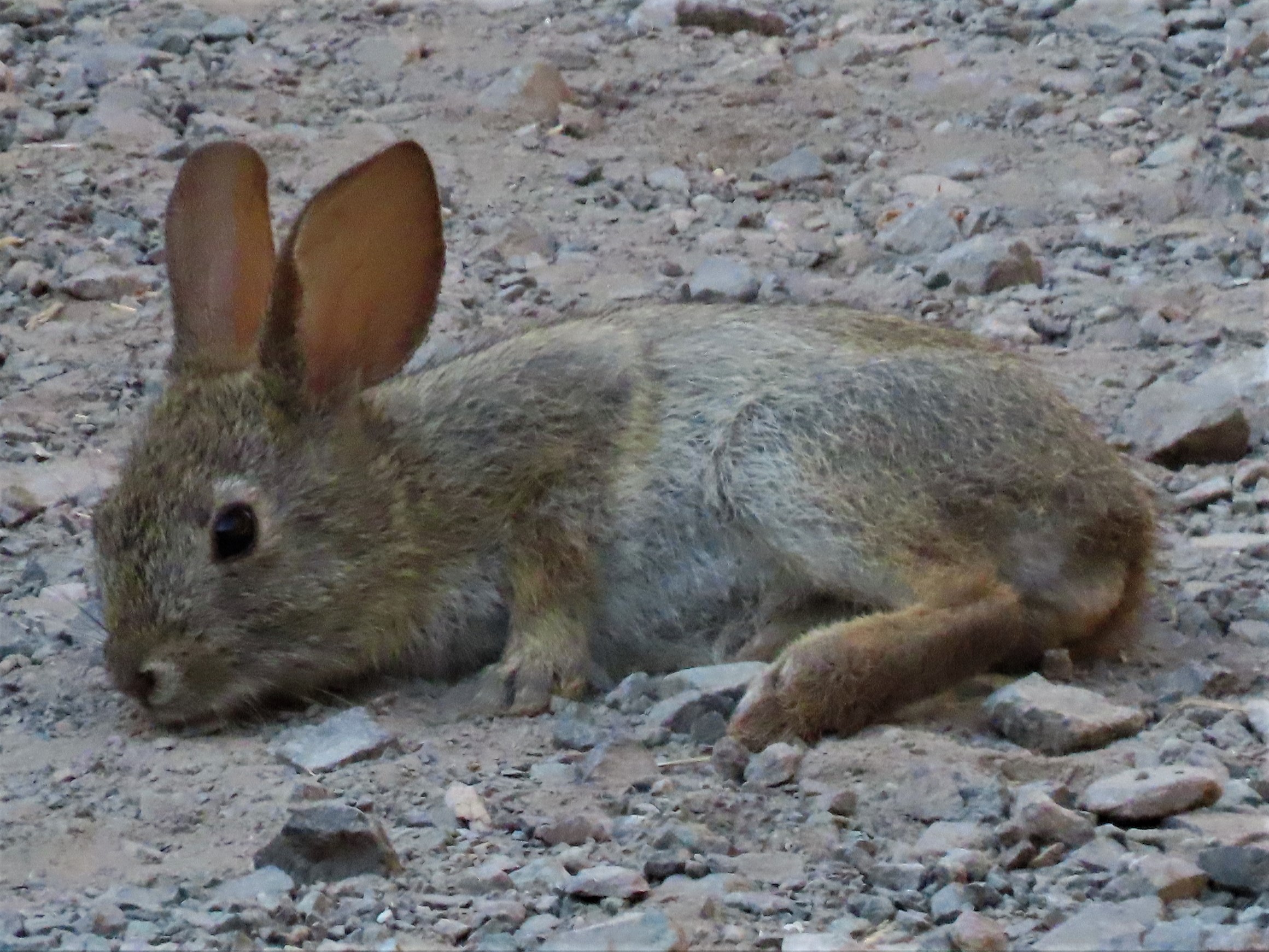 As I watched, this baby bunny took a dust bath just the same way the quail do.

In the last few weeks of this very strange summer one thing that has been apparent no matter where I have walked in the Little Lake Valley, is the large number of small mammals, especially rabbits, that are out and about. As I walk past the pastures, riparian areas, grasslands, and wetlands, there is always the sound of rustling as meadow voles and field mice run along their narrow paths. There is also an amazing amount of rabbits on all the paths I take. Jack rabbits and Brush rabbits are the two kinds I see but since I have not been able to get a photo of those super-fast Jack rabbits, today I will write about the small Brush rabbit, Sylvilagus bachmani.

The first thing to say about rabbits is that they are not in the rodent family. They were once grouped with rodents but are now called ‘Lagomorphs’ and classified in the taxonomic order Lagomorpha, which means “hare-shaped.” The three types of Lagomorphs are Rabbits, Pikas, and Hares. Even though these three groups have the chisel-like upper incisors of rodents, they also have something that differentiates them. Lagomorphs have a second tiny pair of upper incisors behind the first incisors.

Another difference is that they are strict vegetarians with an inefficient stomach, one that has trouble doing the digesting of this roughage. They must eat their food twice. The first round defecated is partially digested green material that they then re-eat to get the nutrition they need. I learned this the hard way when my youngest daughter wanted to raise rabbits. My husband and I built a rabbit home that was above the ground so we could gather the bunny “poop” for compost. We learned quickly that the bunnies did not stay healthy unless they could re-ingest their pellets.

We do not have Pikas here because they are high elevation Lagomorphs, living on mountain tops. We do have Jack rabbits and they are easily identifiable by their long ears and long back legs. We also have some escaped European rabbits which are much stockier and bigger than our native Brush rabbits and can be multicolored, white, black, brown, and gray.

These Brush rabbits are the most common rabbit seen in the valley area, even though they are shy, nervous creatures at the bottom of the food pyramid. Luckily for them they can have five litters in one year from February to August, with litters of three to four young. Brush rabbits can protect themselves from the many predators by sitting perfectly still for long periods of time and escaping at 20-25 mph, running in a crazy zig zag pattern to fool their pursuer. They do not dig burrows but will occasionally use other specie’s burrows. They live in brush piles and thick shrubbery, often containing networks of trails and escape routes. They thump their back feet when startled. There are 13 known subspecies of Brush rabbits. Sylvilagus bachmani is found from Western Oregon to Baja California.

Watching the lively antics of these rabbits I remember a fun fact just as the bunny I am watching does it! Rabbits “binky” when super-happy, being an expression of joy, they will run and jump up, twisting their body and flicking their feet. It is a definite expression of joy and I am delighted to witness it.