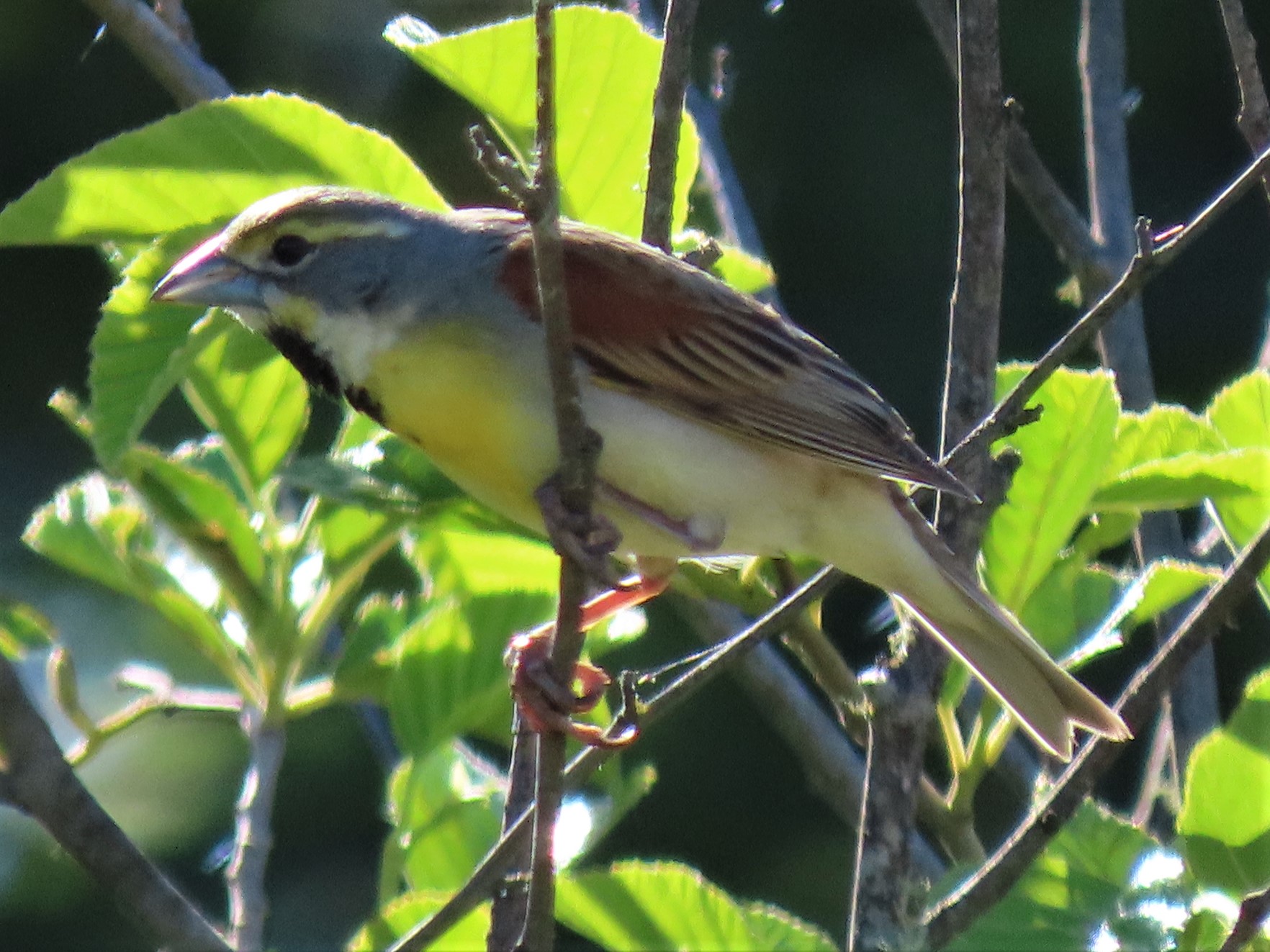 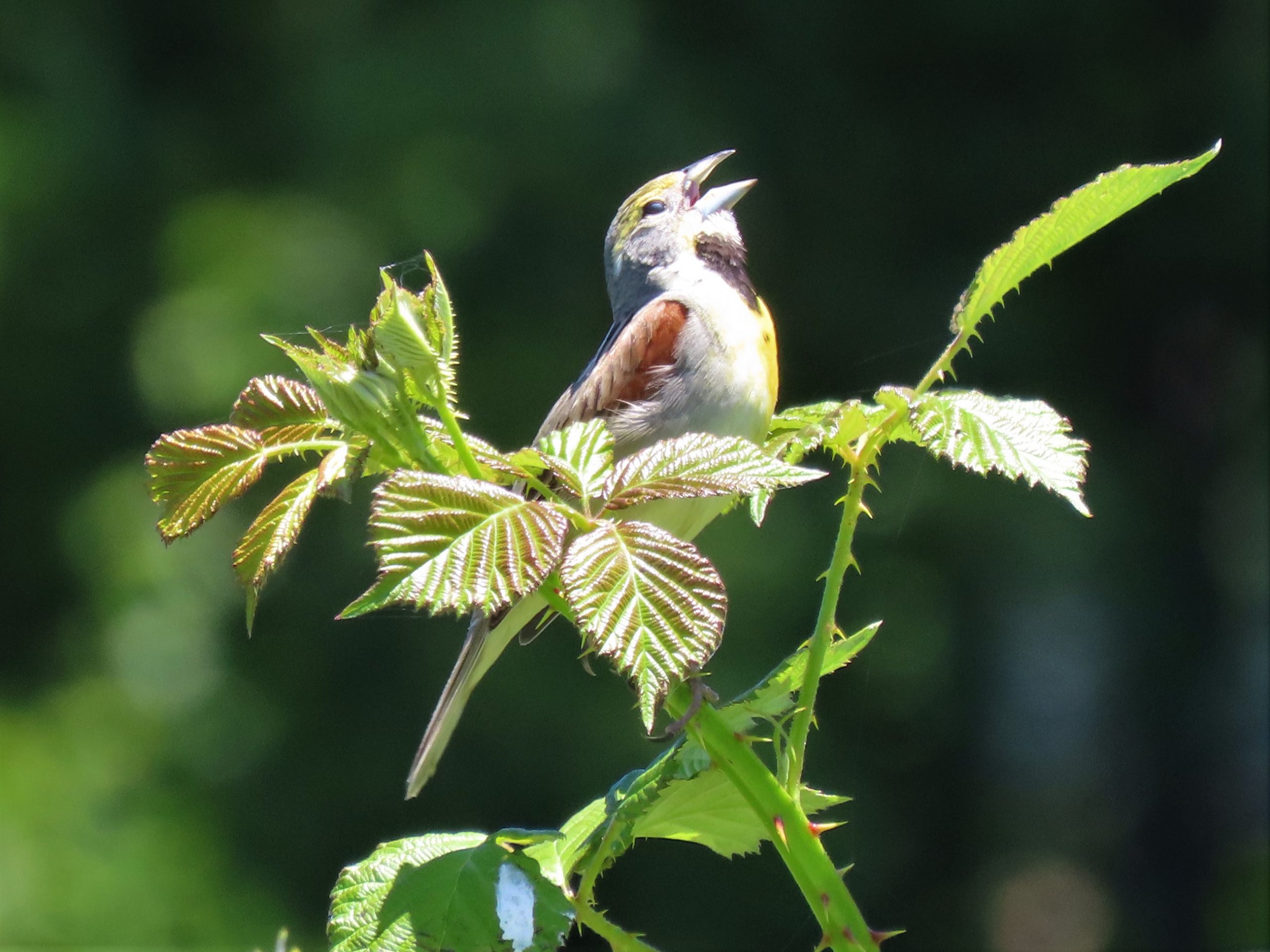 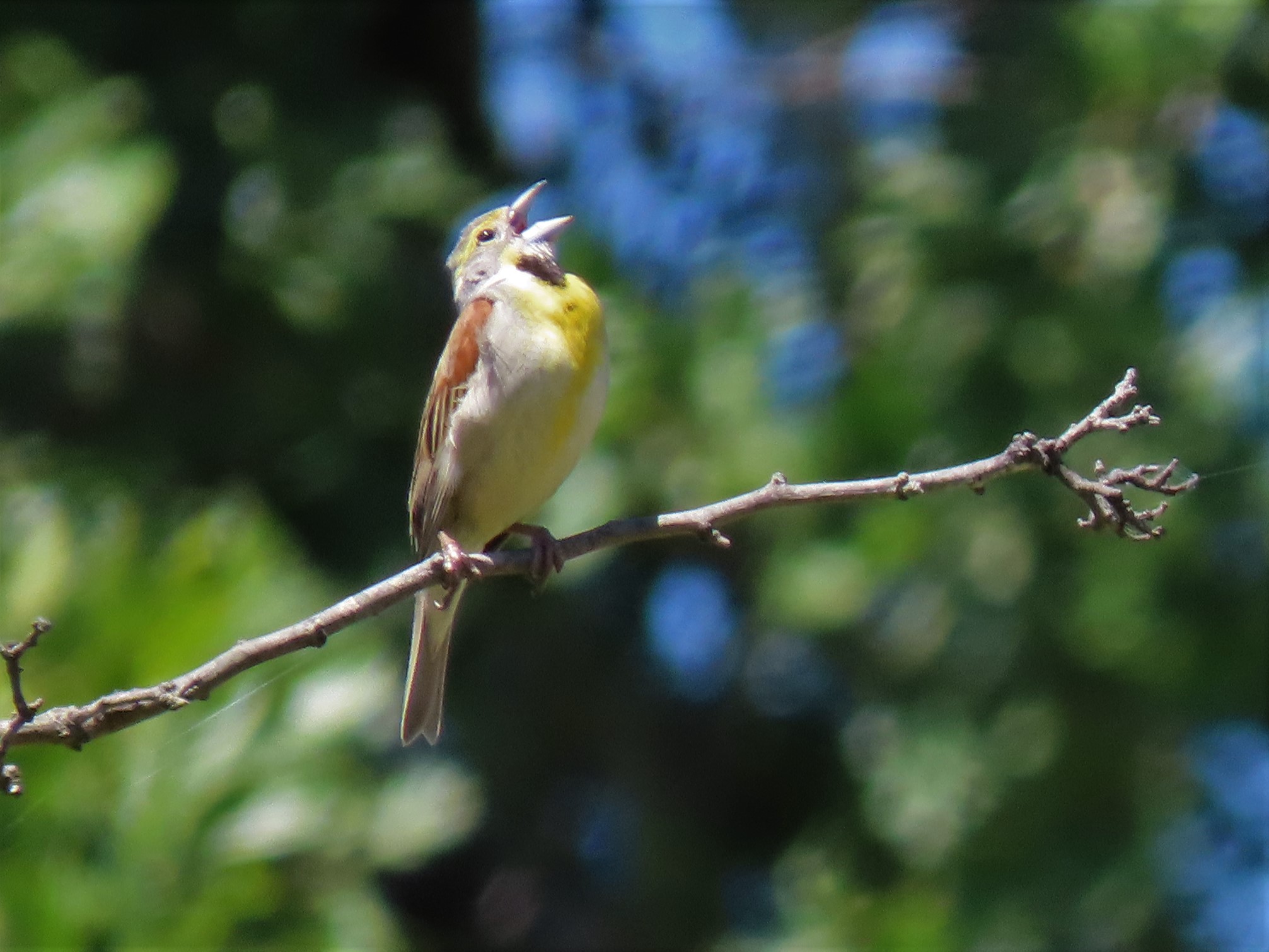 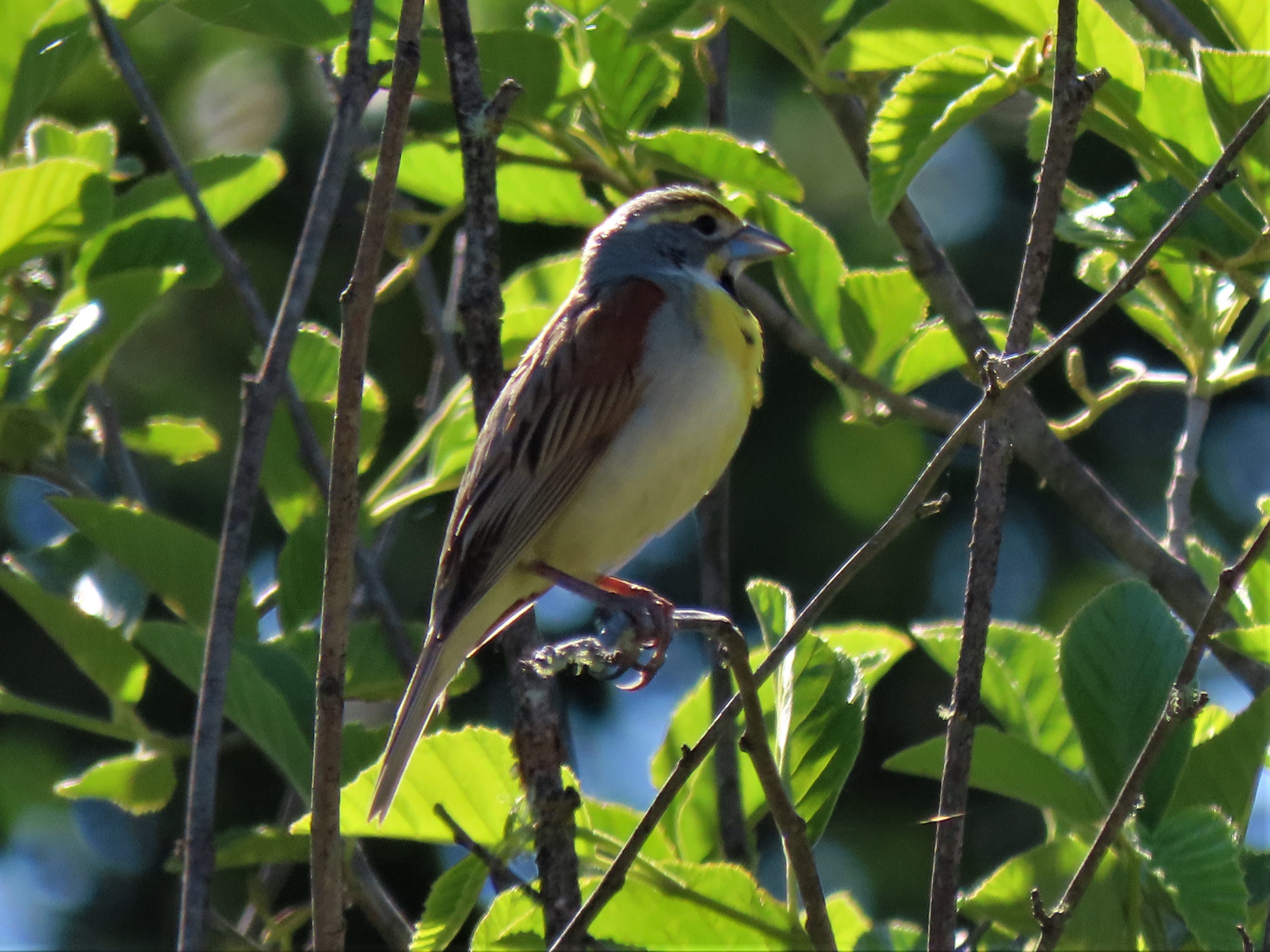 As I was driving the utility terrain vehicle out to a nesting bird survey on the mitigation lands, I was stopped by an unusual bird song along Davis Creek. As I got out to get a look at the bird, the song got louder. This was not a song I recognized. A song I had never heard before! This got me very excited and as I looked with my binoculars towards the singing bird and focused on it, another shock hit me. This was a bird I had never seen before. It looked similar to a Western Meadowlark, but the bill was not long and pointy. It was more like a Bunting bill, conical and bluish. It had a black triangle on its chest with yellow around it like a Meadowlark, but its shoulders had striking chestnut to rufous colored patches. The broad eyebrow stripe was white and yellow and extended from the beak to the back of the head.

As I was looking at this bird I had never seen before (in real life that is) the name Dickcissel came to me. Somehow this bird, from my bird book perusing, was in my memory banks. At least that is what it seemed. I took out my phone to check my Sibley app I use to help identify birds. I put in the name Dickcissel to see if by chance I had got it right. To my amazement, when I looked at the image of a Dickcissel, there it was, my mystery bird. It was a breeding adult male. It turned out to be the 3rd ever record of a Dickcissel in Mendocino County and the first one to appear in early summer.

So, what is the big deal about this bird being here now? The Dickcissel, Spiza americana, is a bird of the North American prairies. They are commonly found in the middle of the continent and occasionally found in the eastern portion of the country. They are spring migrants and spend most of their time in South America, many in the Llanos of Venezuela. They fly up to the North American prairies to nest and raise their young then return to the vast tropical South American grasslands in the late summer. Its bill, which is large and thick, tells us it is a seed eater though during nesting season it eats insects such as grasshoppers, caterpillars, and beetles. The females nest on the ground in clumps of grass. The males are often polygynous, mating with more than one female and do not participate in the raising of the young. They spend their time providing defense of the territory and fending off predators. This bird is mostly solitary and territorial in the breeding season, the rest of the year they are extremely gregarious. Wintering birds gather in massive flocks, occasionally numbering in the millions.

As I watch this male Dickcissel singing his heart out, I wonder how he got here. Is he trying to find a mate or staking a territory? He is a long way from the plains of Kansas, Nebraska, and Texas. How will he do during migration when he is trying to get back to Venezuela? This roaming bird holds a lot of mystery to me, many unanswerable questions. Luckily, I captured many good photos of him so that this special observation can be documented on the E-bird site or on Mendobirds.

When I return the next week, he is gone. I am very grateful to have had the opportunity to see a Dickcissel right here in Mendocino County!