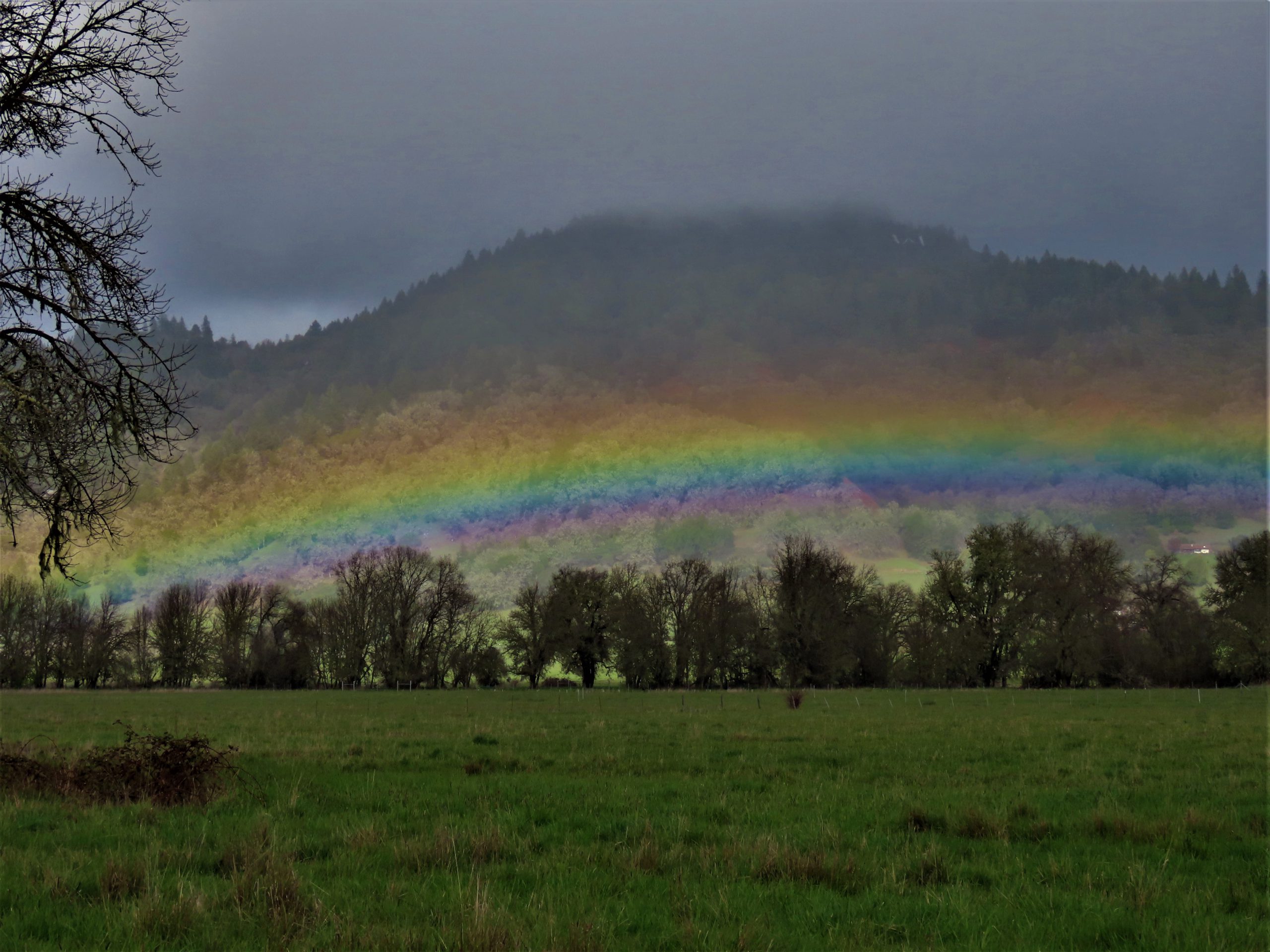 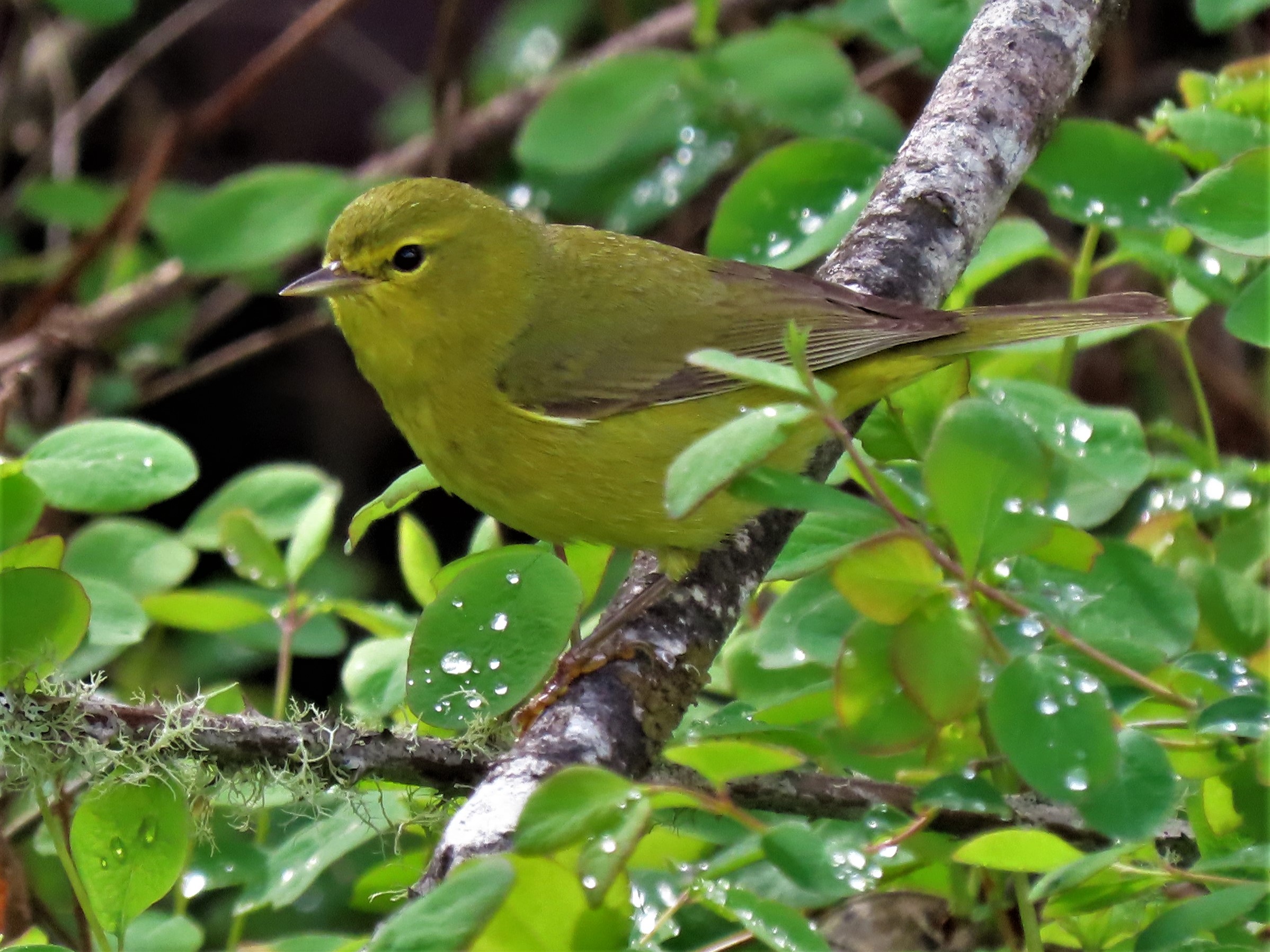 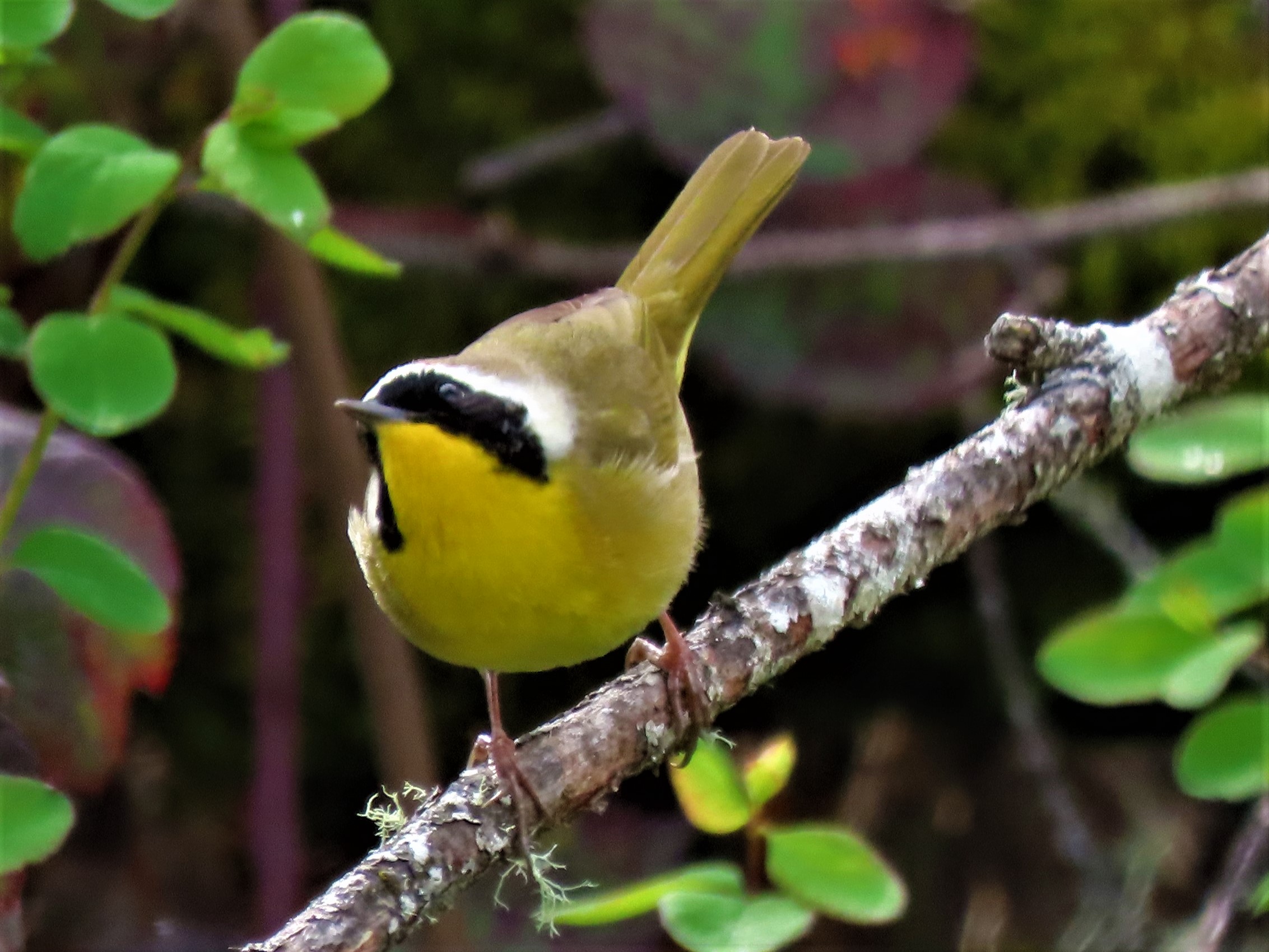 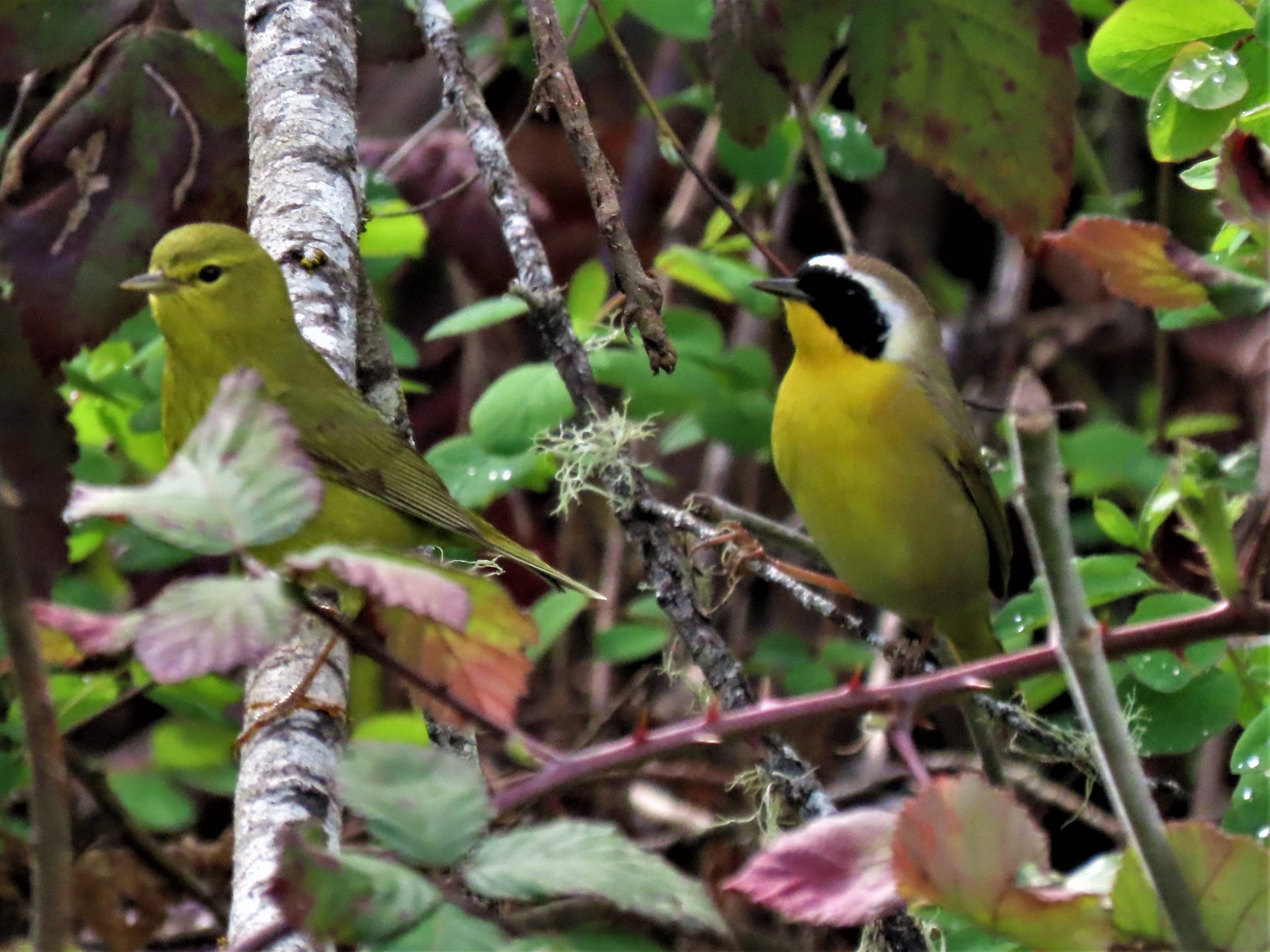 The days are running into each other as spring comes into full force. Time has become more spacious with the situation we are all in. Observing nature around us can be a way to relax and feel connected. As I take time to observe the changes that spring brings, I have begun to hear the new songs of our neotropical migrants coming to nest and raise their young. A while back in February and early March we began to see our first neotropical birds arriving, the swallows. Neotropical birds are birds that breed in Canada and the United States during our summers and spend our winters in Mexico, Central America, South America or the Caribbean islands. The next Neotropical to arrive came in the middle of March. It is the Orange-crowned warbler, Leothlypis celata, a small, grayish to olive-green bird that is drab yellow overall. Its lovely trill of a song is one of the first to be heard in early spring. The trill can be confused with the song of the Dark-eyed junco, who is not a migrant and begins singing in January. The way I tell them apart is that the junco’s song has a steady, unwavering staccato rhythm. The Orange-crowned warbler on the other hand has a song that can remain on a single pitch or oscillate slightly in the middle and end on a distinctive rising or falling note – chee chee chee chew chew. The song pattern varies enough that individual males can be told apart by the version they sing. Four distinct subspecies nest in North America and they are distinguished by their coloration. We have the subspecies called Leothlypis celata subsp lutescens which is the brightest yellow.

These lively warblers build their nests on the ground. This may be to avoid nest predation. I have found several right next to walking paths. Warblers are gleaners who play an important part in insect control on our trees. They spend much of their time looking for and eating small invertebrates such as aphids, ants, beetles, spiders, flies and caterpillars. Warblers also eat berries, fruits, seeds, and will use sap wells drilled by woodpeckers. It is always a thrill to hear the first Orange-crowned warbler in my neighborhood knowing that they have successfully made a long journey and that spring is on its way!

While I am trying to take a decent photo of this fast-moving warbler another striking warbler comes into my view. It is my first Common yellowthroat, Geothylpis trichas, of the year. Now this is what I think of as a spectacular warbler with a bright yellow chest and belly and a black and white mask that make it stand out from the vegetation. Last year I wrote a blog about this striking bird, having observed one with a few insects in its mouth to feed some babies. It is early for feeding and this bird appears to be checking me out carefully as I take photos. The Common Yellowthroat is a gleaner of invertebrates, picking off small insects from bark and leaves on or near the ground. They live in areas that have dense vegetation and some water such as marshes, wetlands, and riparian areas though they can also be found upland where there is dense vegetation. Since Common yellowthroats are migrant birds they are only here until August or September. Then they fly down to warmer areas such as the central coast of California or all the way down to Central America. As I watch the Common yellowthroat an Orange-crowned warbler lands on the branch next to it and I get a chance not only to compare them, but I also take a photo and hope for the best. The yellowthroat song is completely different from the other warbler. It is a witchy-ta, witchy-ta, witchy-ta, with a loud harsh chip as their call note. Of course, the coloration is distinctively different and even the shape of the two birds appears different. The Orange-crowned seeming slenderer, longer in profile whereas the Yellowthroat seems rounder and shorter.

I wonder how these two get along and what their interactions are like. They both nest on or near the ground and eat the same food. Do they fight for territory? Or is there just enough difference in their habits that they can live harmoniously? As I watch they go their separate ways, probably back to the more important work of finding a mate. With a renewed sense of gratitude for the bounty of spring I continue down the path.