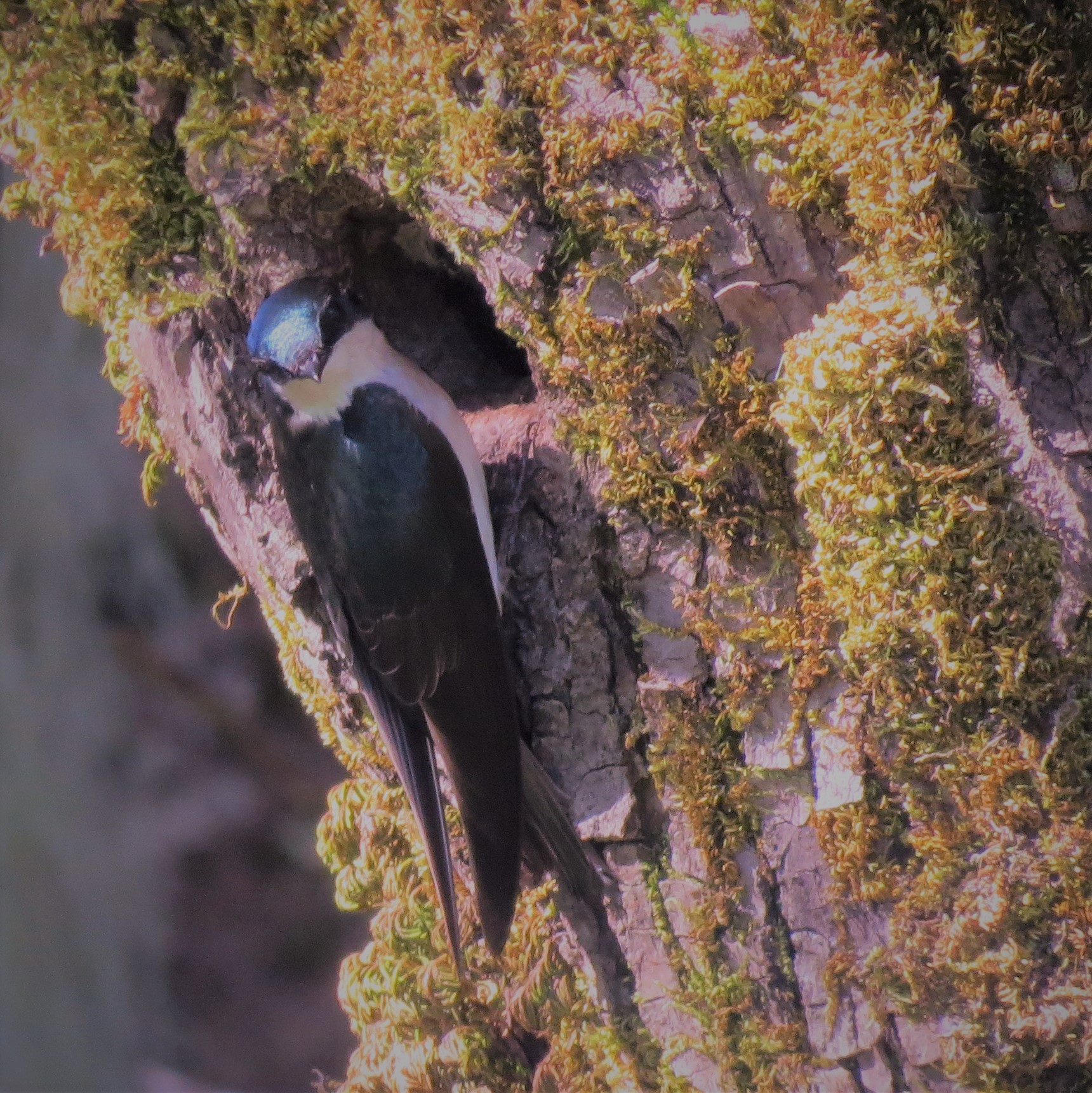 A male Tree Swallow, Tachycineta bicolor, checking out a tree cavity for nesting. 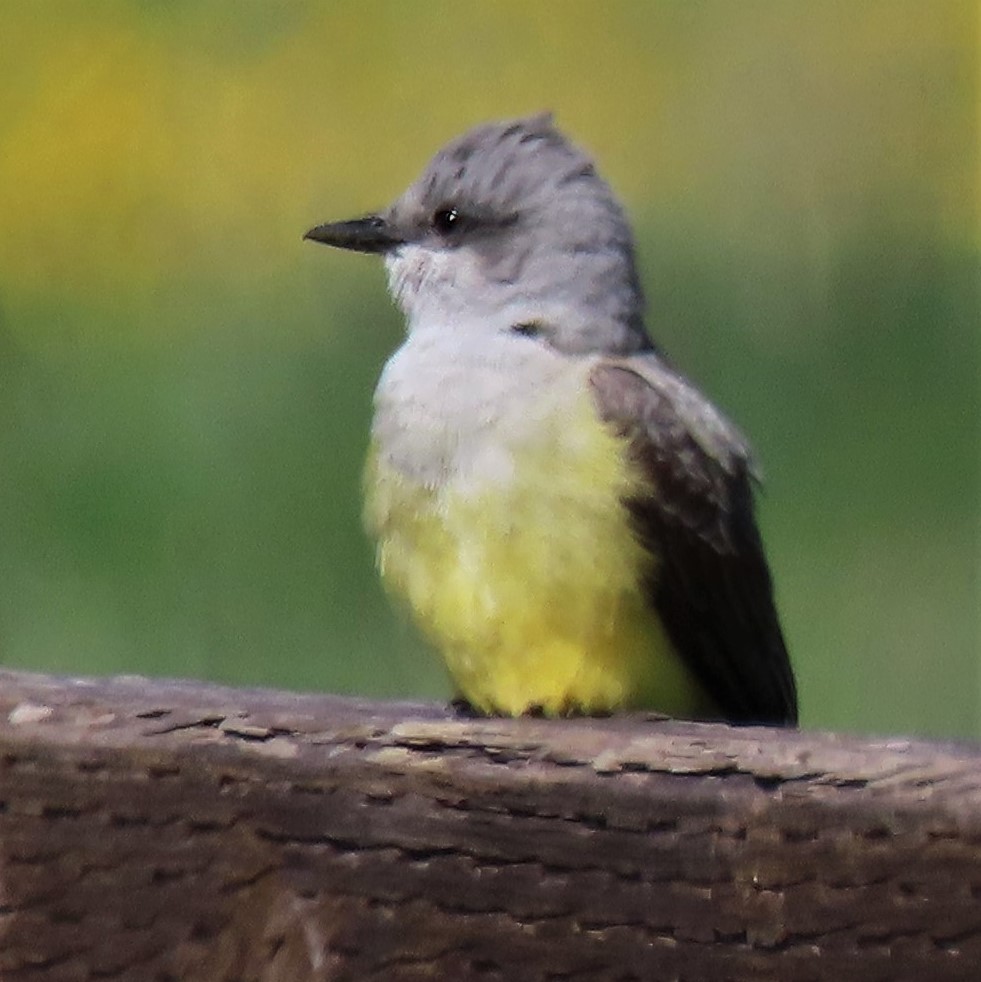 The Western Kingbird, Tyrannus verticalis, looking out for insects to eat. 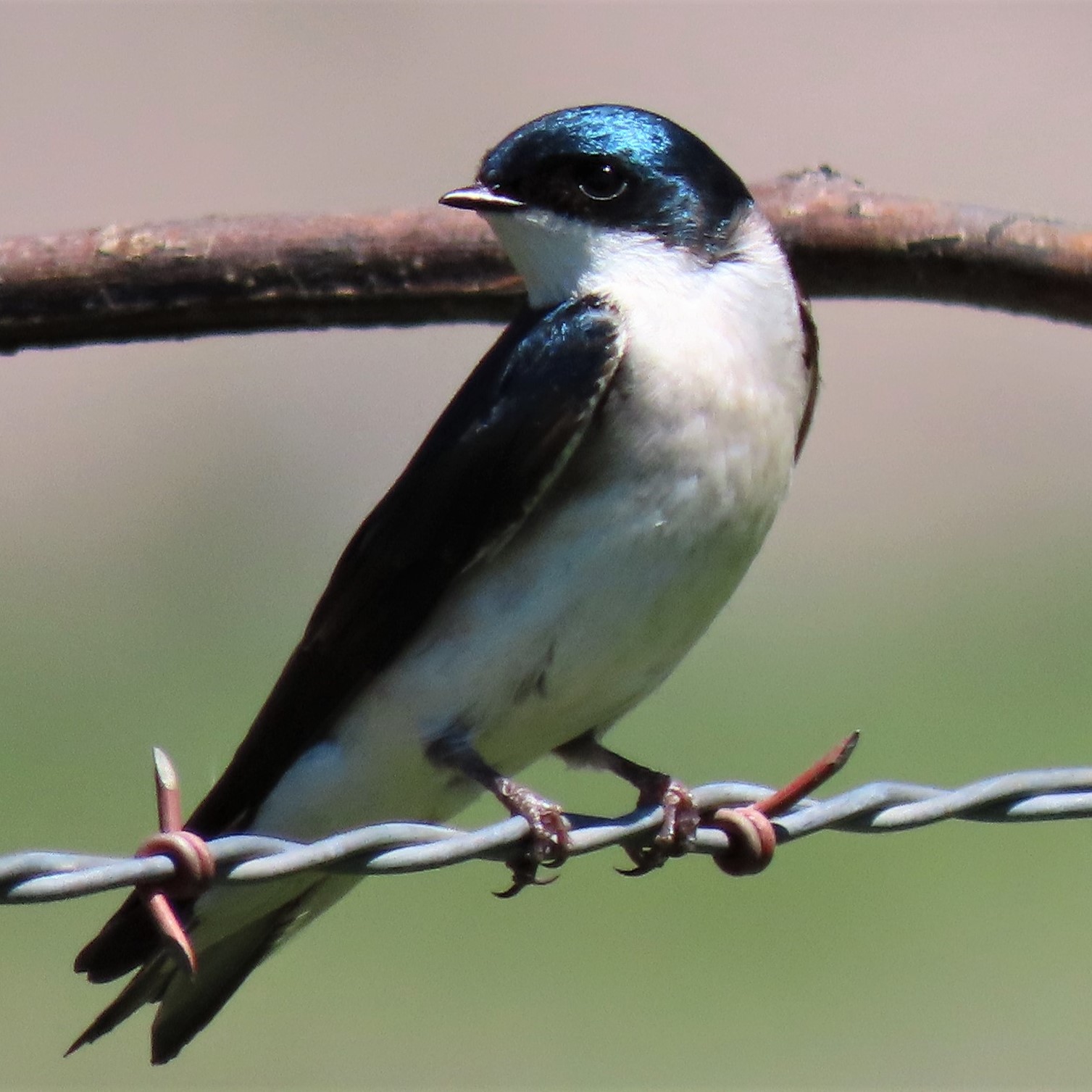 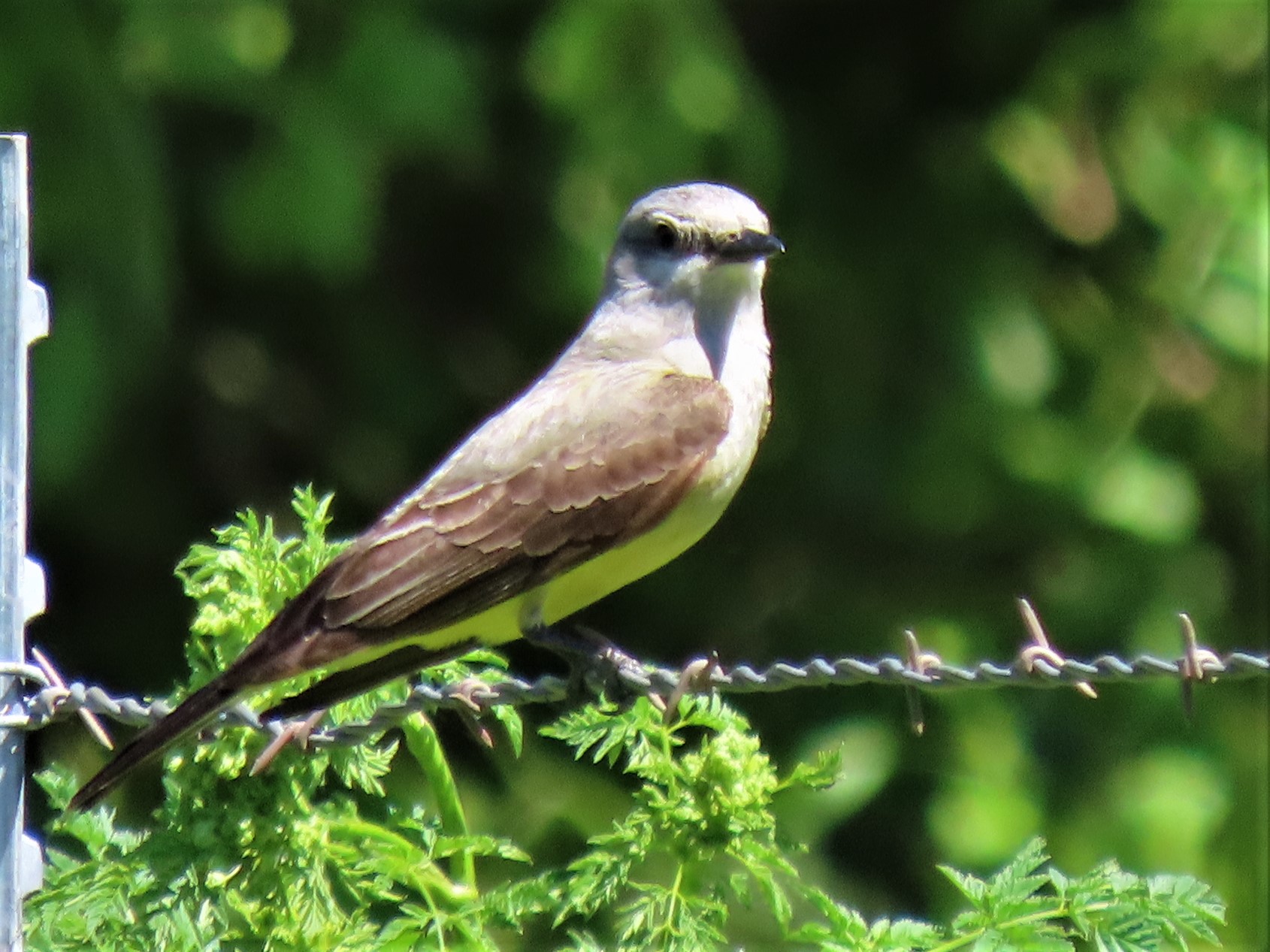 This Western Kingbird just arrived on the mitigation lands last week and once it finds a mate will be nesting soon.

This time of the year is an exciting one in the world of birders because the great migration is on. Regions across the United States experience a shift in the bird populations as the winter migrant species move on to their breeding grounds and the spring migrants move in. On the east coast, such as in northern Ohio near Lake Erie, there are famous areas where for the first two weeks of May thousands of birds move through. Some 35 or more species of warblers alone can be seen in important areas such as Magee Marsh and at the Ottawa Refuge in Ohio. For birds migrating up the Pacific Flyway this spring, California is a major stop. During spring migration, more than a billion birds will make their way over the state. Here in northern California and specifically in Little Lake Valley, we have our own amazing migration of spring birds arriving from such faraway places as Argentina. Some of these birds travel mostly at night, going north all the way to Canada and Alaska, but some come right here to nest. Many of these are neotropical migrants and can be super colorful. Each year I must write a blog about them because it is always such a miracle that they show up at all given the journey of sometimes more than 1000 miles they undertake to get here. We have many wonderful and beautiful resident songbirds of course, but the songs and color of these neotropicals add complexity and excitement to each spring morning.

Today I am highlighting only two of the species that have arrived to nest in our Little Lake Valley area. Swallows are among the first birds to arrive and I even saw some in January this year! We have several species that nest in different habitats on the mitigation lands but one of the most plentiful is the magnificent blue-green Tree Swallow (Tachycineta bicolor) with its bright white underside and thin black eye mask. Female Tree swallows are duller and brown on their upperside. They nest in tree cavities and will readily use a nest box. Oregon Ash trees seem to be their favorite nesting site here, but I have seen them in many species of oak trees also. They are highly social and will nest closely with other Tree Swallows. In the Ash woodlands, here on the mitigation lands, there are areas where 20 or more Tree swallows are nesting. These areas are full of the chittering high notes of these lively birds. They prefer to nest near open areas of water because they eat insects that they catch on the wing.

According to the Cornell Lab site, www.allaboutbirds.org, Tree Swallows eat all kinds of flying insects: dragonflies, damselflies, flies, mayflies, caddisflies, true bugs, sawflies, bees, ants, wasps, beetles, stoneflies, butterflies, and moths, as well as spiders, mollusks, and roundworms. Their prey may be smaller than a grain of sand or up to two inches long. They chase prey in the air, with acrobatic twists and turns, and sometimes converge in large numbers on an insect swarm. During the breeding season, Tree Swallows eat high-calcium items like fish bones, crayfish exoskeletons, clamshells, and eggshells of gulls or loons. Unfortunately, their population has declined 49% from 1966 to 2014. This is a drastic decline and one I have noticed in the last 5 years in the Little Lake Valley. This is another aerial insectivore that is in decline which may be due to chemicals that are used for agriculture and for the killing of weeds. The Tree swallow is especially vulnerable to the loss of natural nest cavities due to tree cutting and deforestation plus competition from two invasive bird species, the European Starling and the House Sparrow.

The next neotropical songbird that I want to talk about and that arrived later than the Tree Swallow is the Western Kingbird (Tyrannus verticalis). This is a lovely flycatcher with an ashy-grey head and a lemon-yellow chest and is smaller than a robin but larger than our resident Black Phoebe. It has a black tail with white outer feathers that is noticeable when it is flying. The most outstanding characteristic of the Western Kingbird is that it avidly protects its territory from even the largest birds. I have seen a pair of them chasing a Bald Eagle! Plus, they are very noisy, not really being a songbird, they do have a dawn song that is a series of ‘kip kip kip’ sounds that descend rapidly with a buzzing sound added. They use a loud ‘kip’ sound as a call also. I recommend spending some time watching this wonderfully entertaining bird. Since this species has been able to adapt and increase with human civilization it is commonly seen on our electrical wires and often nests on the utility poles. Like the swallows, kingbirds eat many kinds of insects and arachnids that they catch while flying.

Our homes are graced with these lovely neotropical birds for only a short time so be sure to take some time to pay attention to their antics! Enjoy the springtime show.