Flowers of Winter: The Mosses 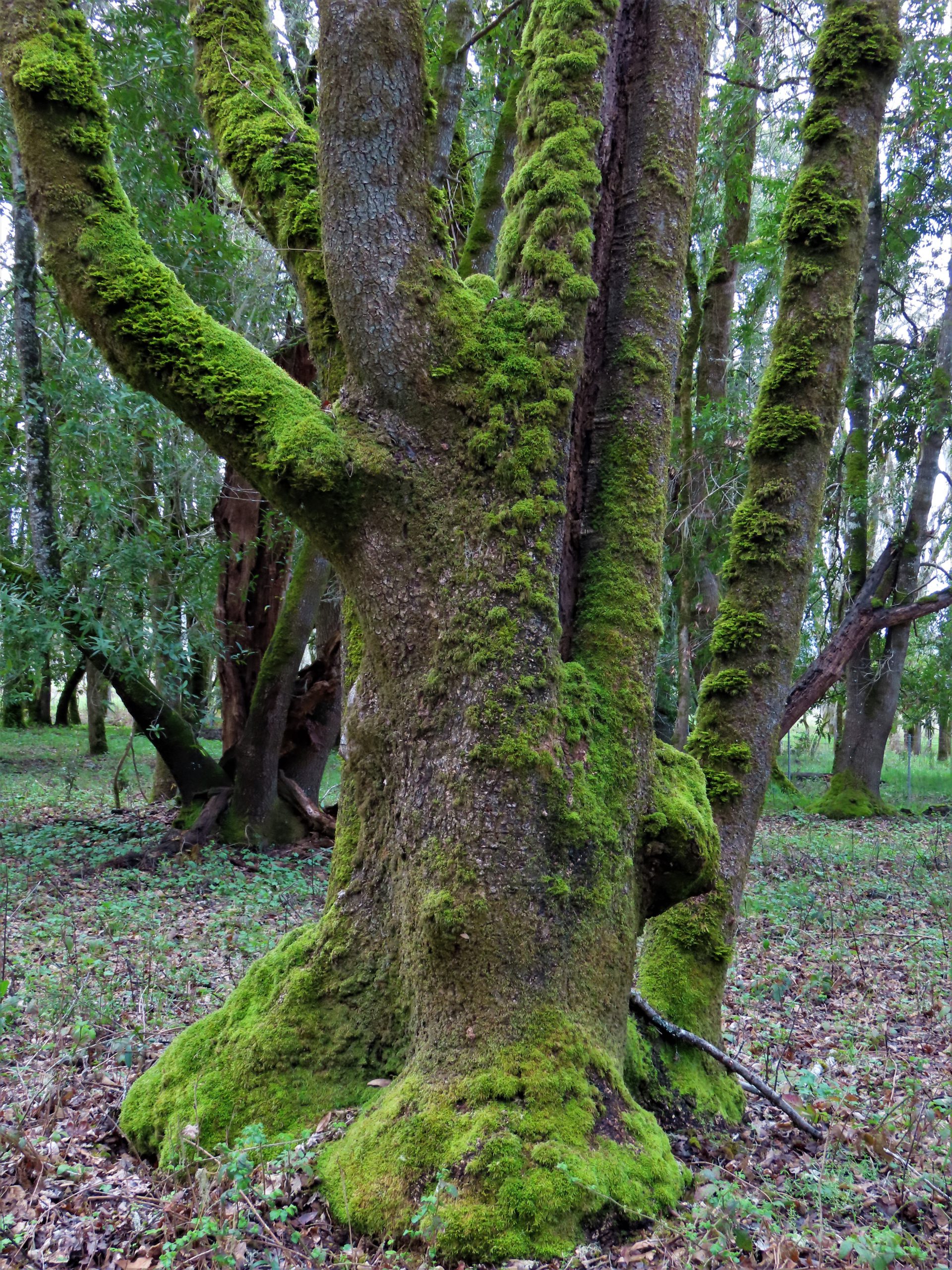 One of the Valley oaks in the Plasma(S1) woodland with many species of mosses growing on its trunk. 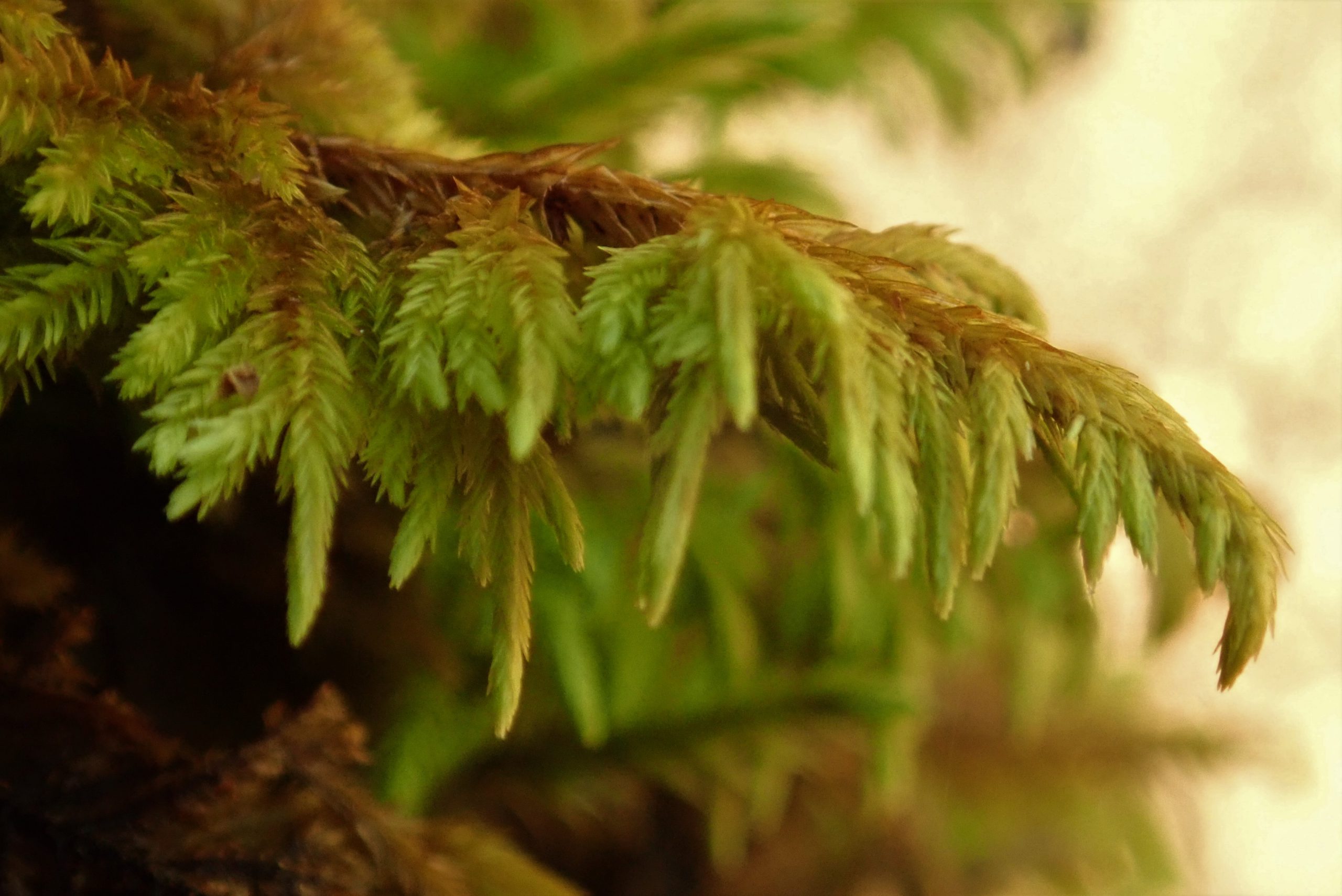 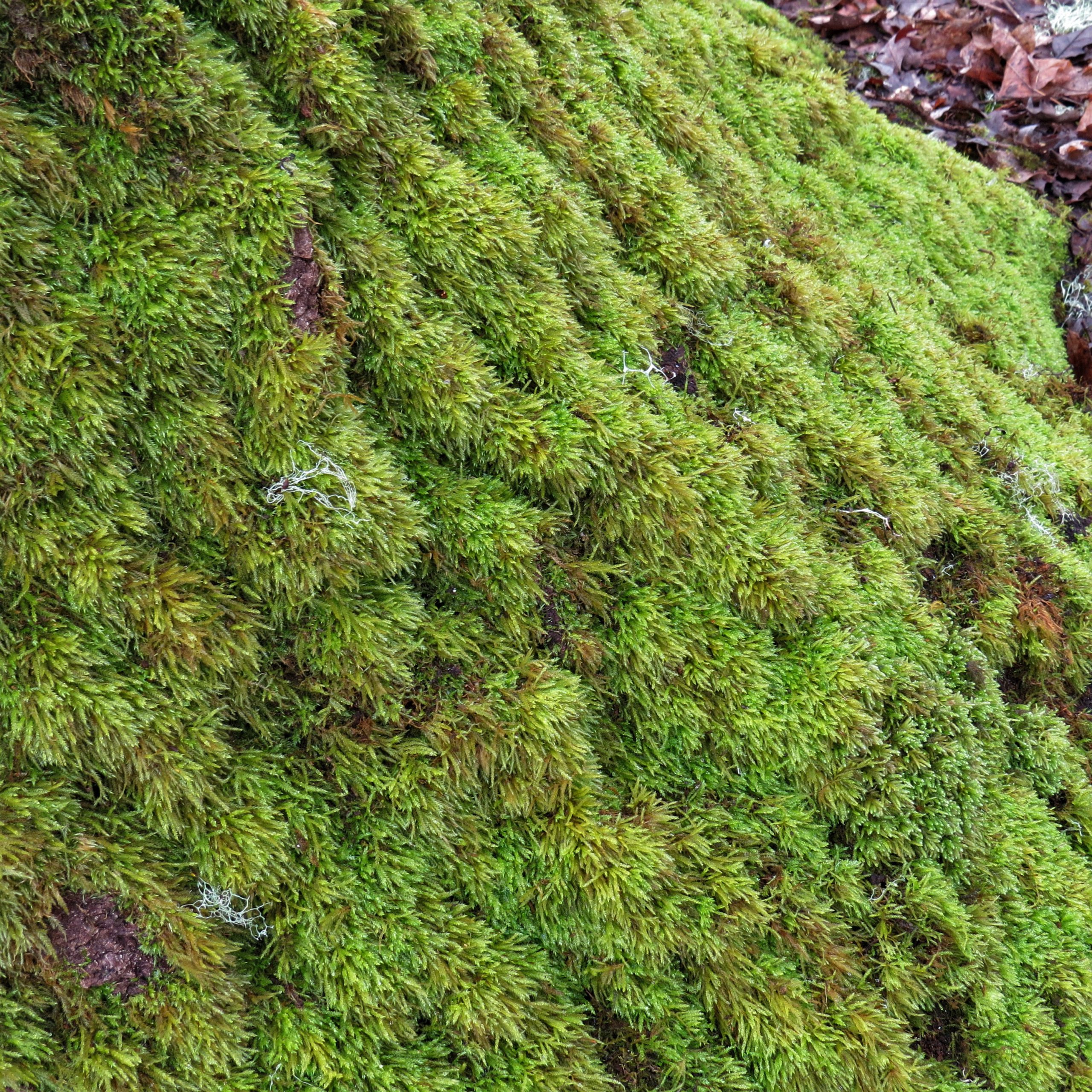 Often the base of a large oak will be a good area to look for different kinds of mosses. Here two of the most commonly found mosses are Isothecium cristatum, and Antitrichia californica. 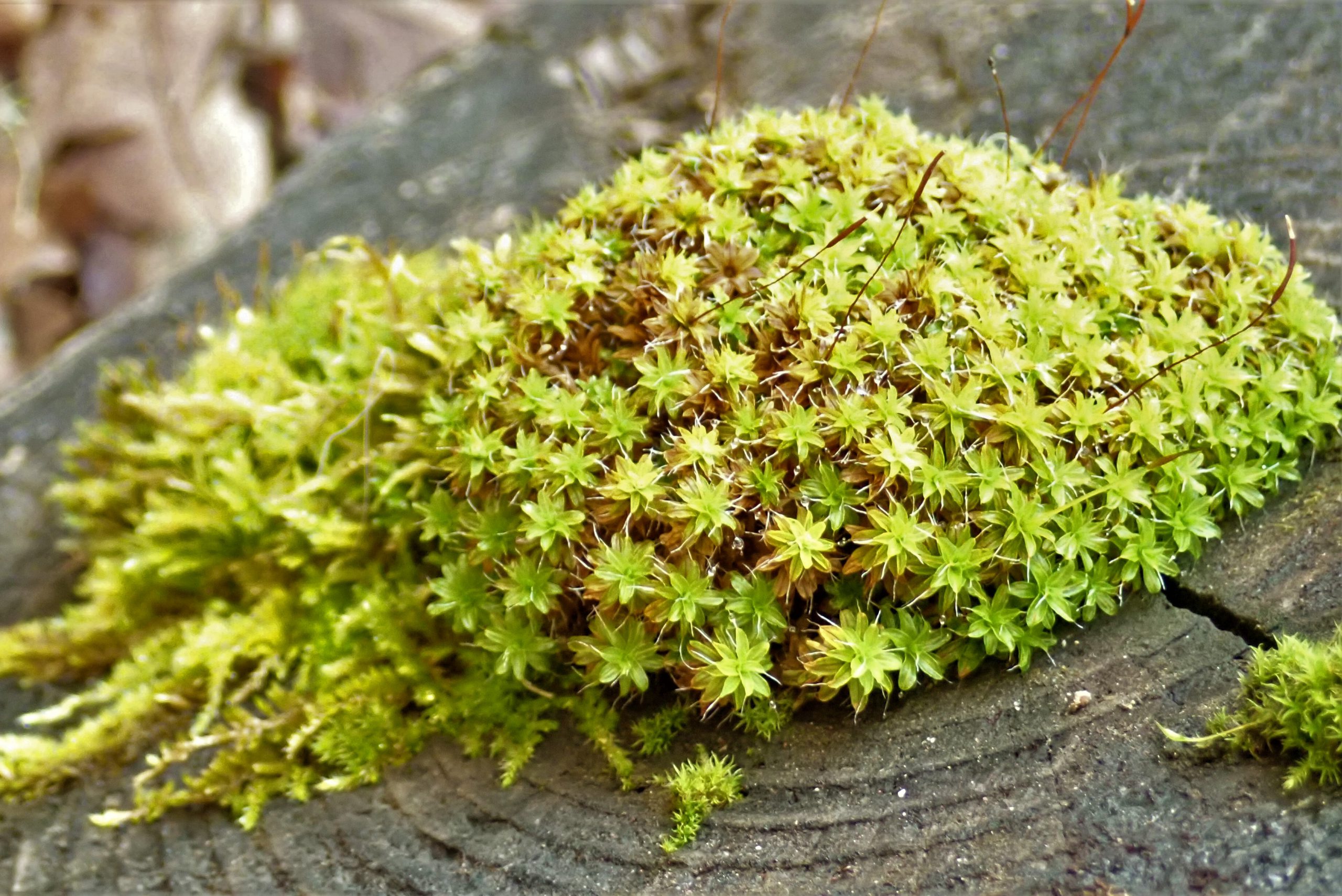 One of the common star mosses, Syntrichia princeps, on a fence post. 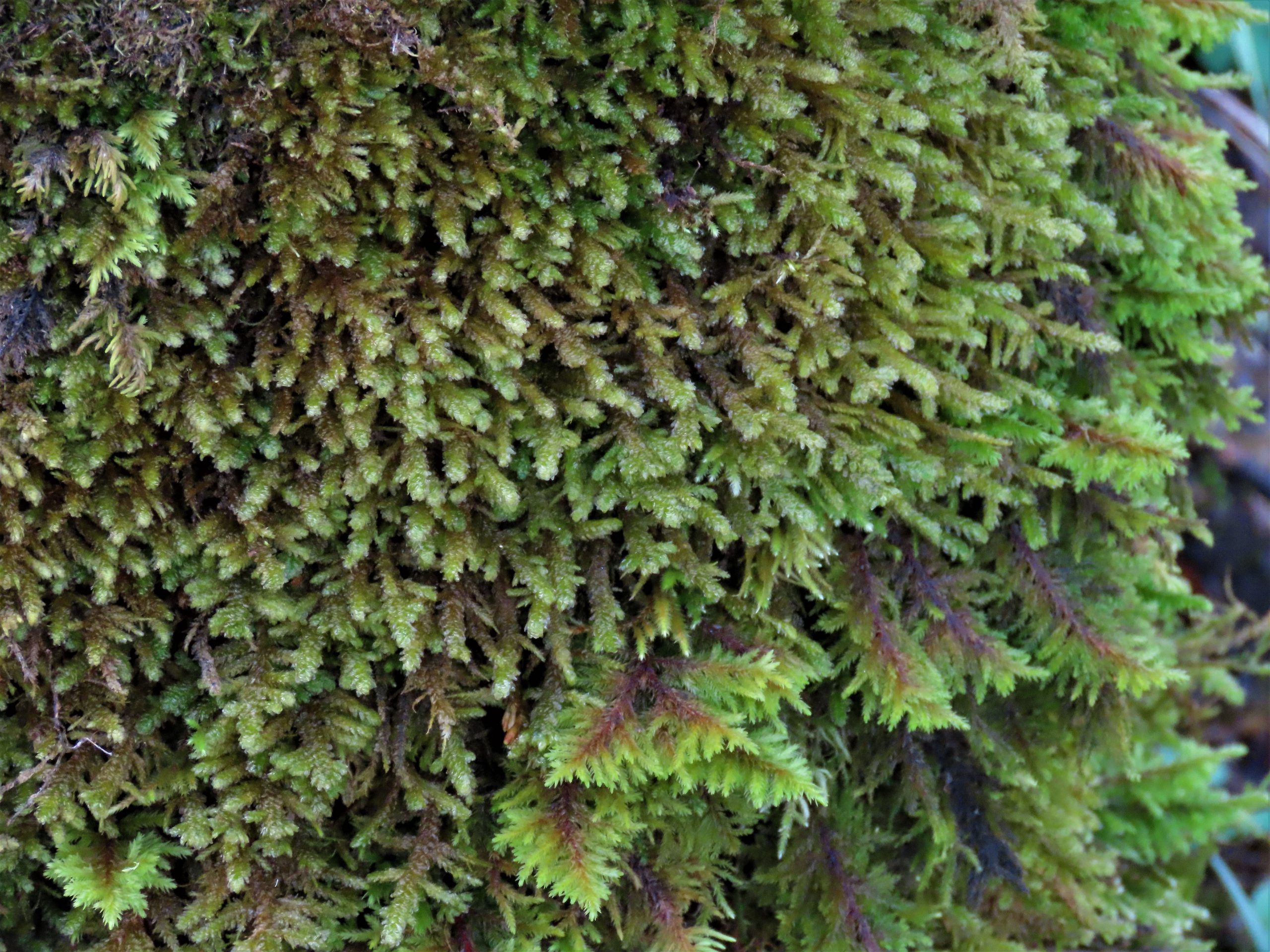 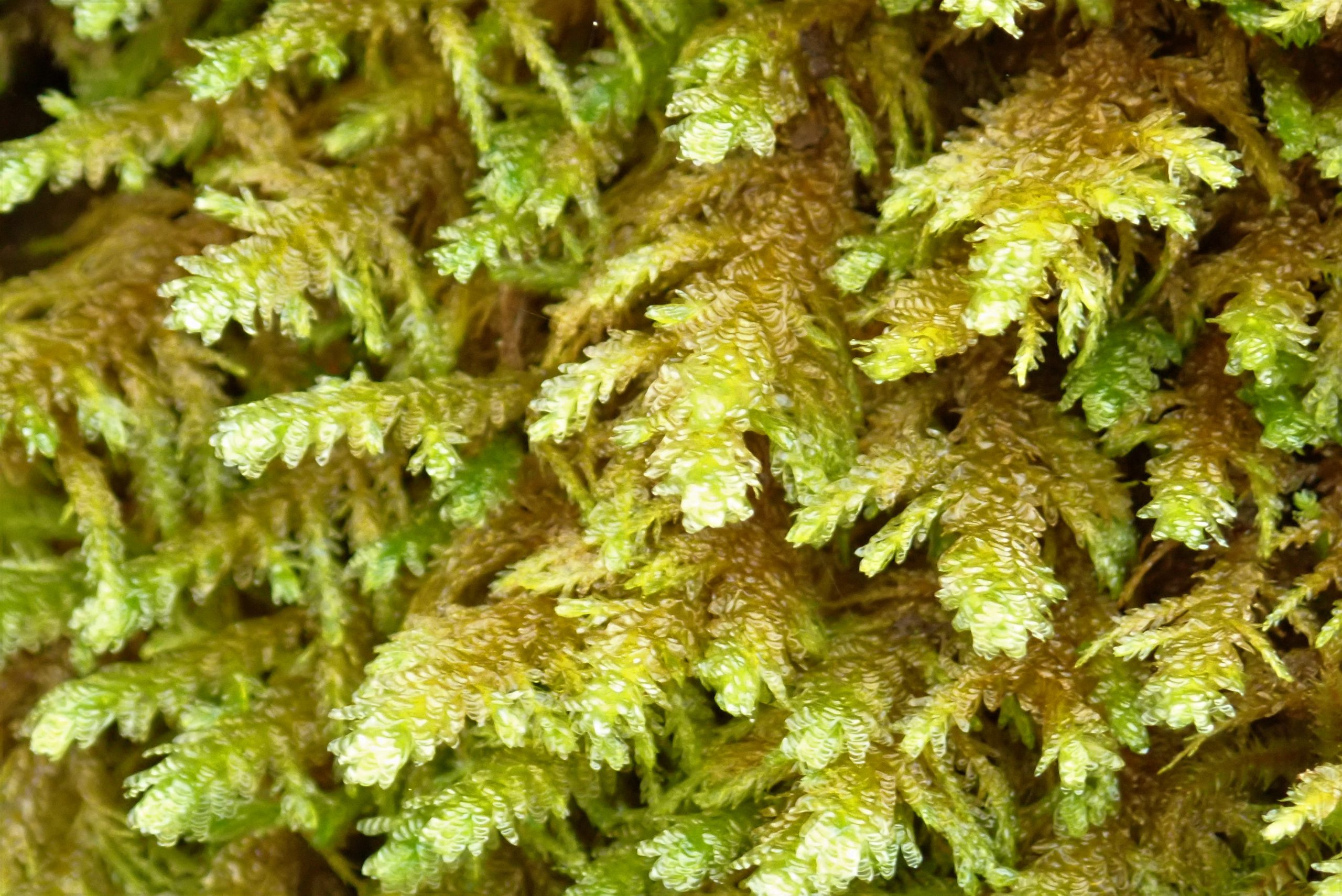 A close-up of the moss, Neckera menziesii, showing its iridescent undulating leaves. 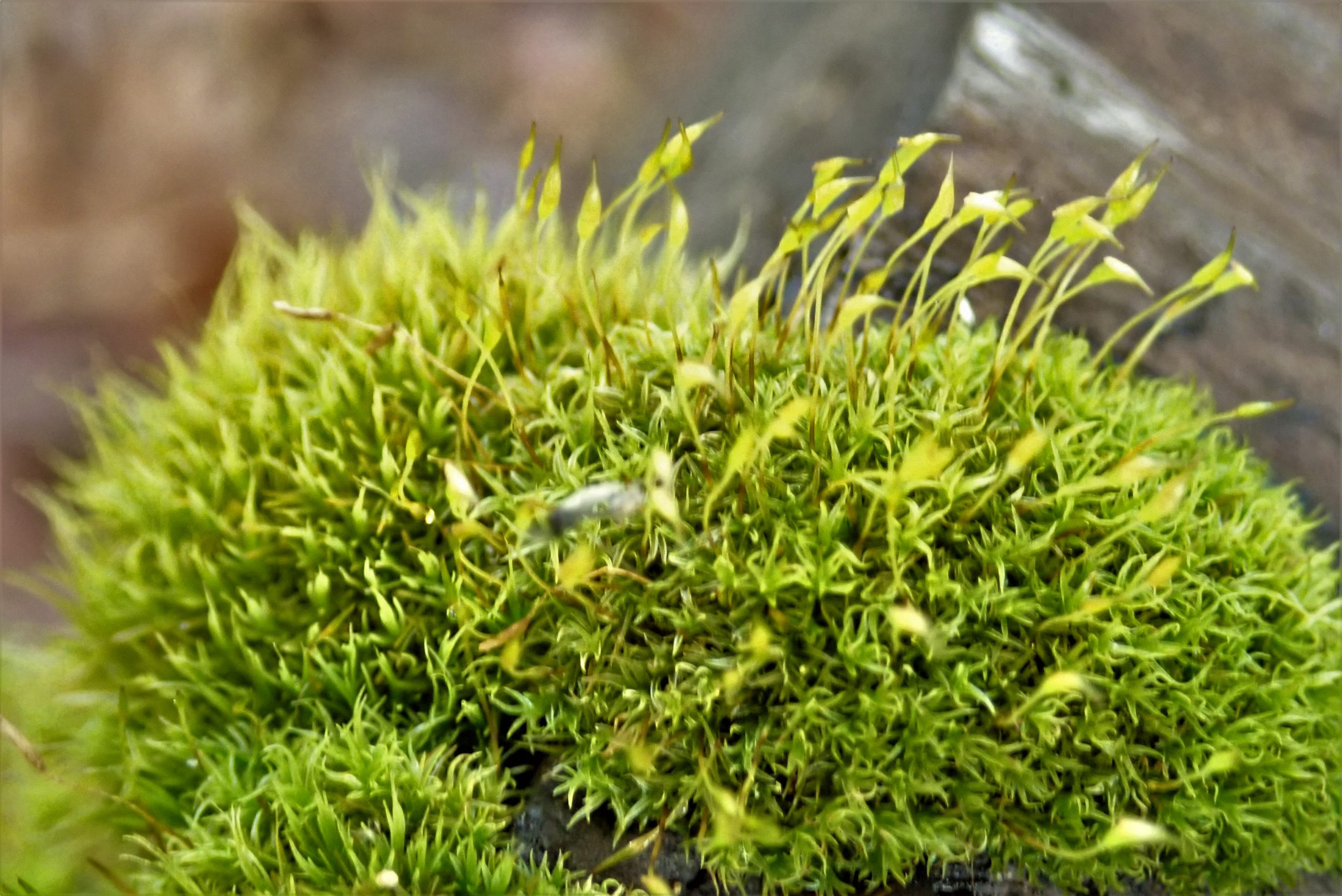 Dicranoweisia citrata is a cushion moss that is found on tree trunks, stumps and burnt logs. It is often a perfect circle of star-like plants with narrow leaves. 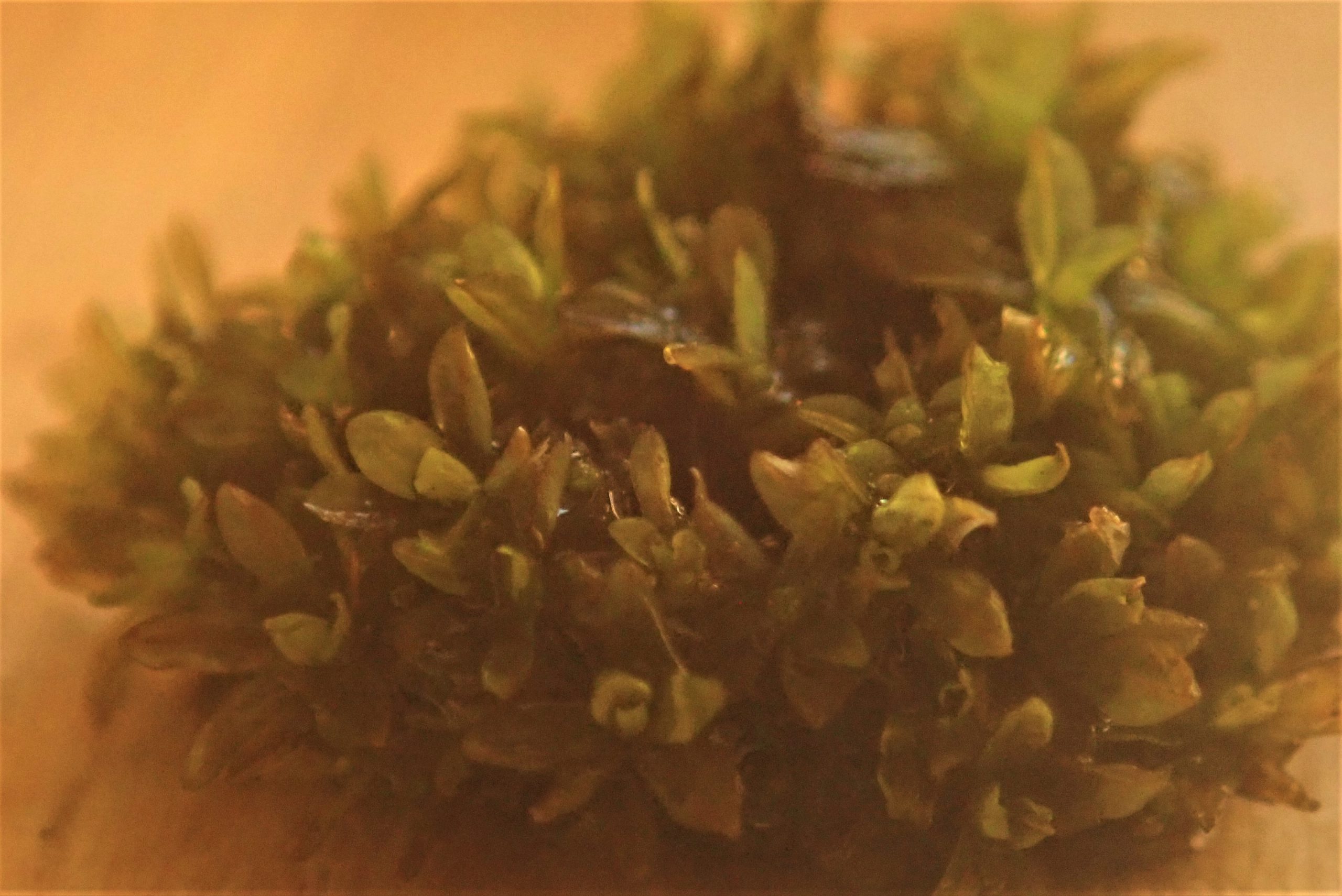 A new discovery found out in the northern mitigation land wetlands on the trunk of an Oregon ash tree. This is Crumia latifolia with broad leaves clustered at the tips and reddish stems. 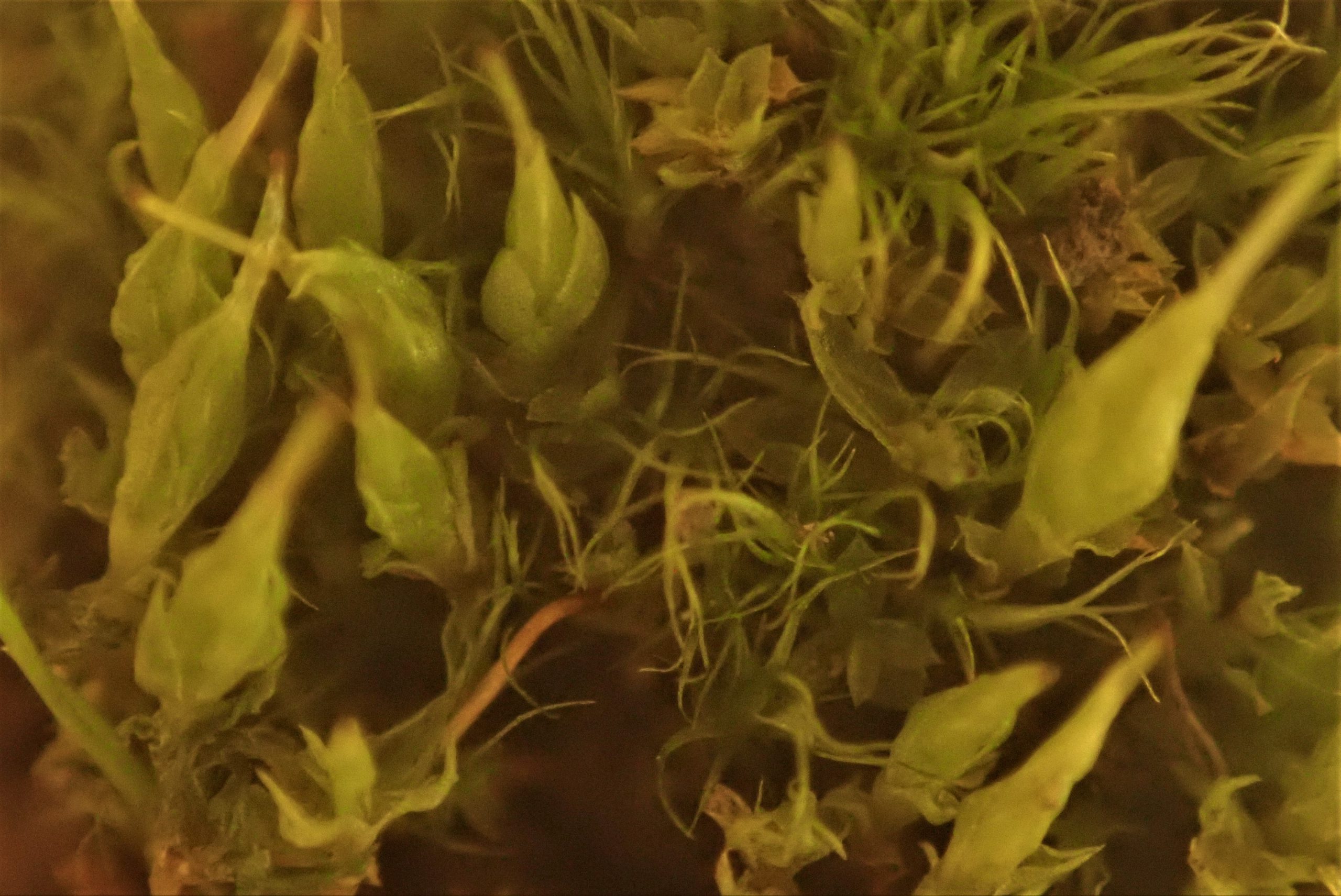 This odd tiny moss, Entosthodon californicus I found growing in the seasonally wet grassland in the north end of the mitigation lands.

Each winter my mind becomes obsessed with the mosses that suddenly grow everywhere and seemingly on every surface in the woods and fields. A hand lens magnifies their beauty the same way binoculars amplify my appreciation for birds. Last year I wrote generally about the mosses, and in this blog I would like to be more specific and deepen your knowledge of a few common mosses. One of the books I read this time of the year is Robin Kimmerer’s book titled ‘Gathering Moss.’ It is the best, most informative book on mosses for anyone who is just starting or has even just a little interest in mosses. She is a wonderful author and an Associate Professor at the State University of New York College of Environmental Science and Forestry. Her Native American heritage and upbringing adds stories to the simple lives of mosses.

Here are her words describing what a moss is, “a true moss or a bryophyte is the most primitive of land plants. Mosses are often described by what they lack, in comparison to familiar higher plants. They lack flowers, fruits, seeds and have no roots. They have no vascular system….to conduct water internally. They are the most simple of plants and in their simplicity, elegant.” She goes on to say that mosses are in many different habitats from forests, streams, and meadows to deserts and mountaintops. In the dry season these mosses basically dry up and seem to mostly disappear. Without moisture a dry moss is incapable of growth, most just desiccate but do not die. Robin says that most are immune to death by drying and it is just a temporary interruption in life. Even after 40 years of dehydration in a specimen cabinet, mosses have fully revived after being moistened! This ability to rapidly balance plant water content to that of the surrounding environment is called poikilohydry. The water content of the plant depends on and changes with the water content of the environment.

So even today, which is the third day we have had of warm and dry weather, the mosses are beginning to dry up, especially those that are on the sunnier side of a tree or a rock.  They are going back to that dormant state they were in all summer long. If you have a spray bottle with water, you can bring the mosses back into life again with just a little spray.

There are 650 known species of mosses in California. This can be daunting for a person just starting out to learn them, but I recommend beginning by learning a few common, local ones. There are probably 10 to 20 species that can be learned just from habitat, leaf shape, and color. The first very easy to identify moss we have locally is a tree moss that looks like a small fern, and even is commonly called fern moss. This is, Dendroalsia abietina. It is what makes our Oregon and Valley oaks look shaggy. Robin tells us that the name, Dendroalsia, translates from scientific Latin to something like “Companion to the trees.” This moss grows profusely in our oak woodlands and becomes vibrant with the first rains of fall.

A moss which is often found on the same oaks, Neckera menziesii, is differentiated by its iridescent and undulating leaves. Looking at this moss with a magnifier is always a treat!

Isothecium cristatum, another moss found on the trunks of oaks, is more difficult to recognize. It has a beautiful bright green color, coarsely serrated margins on the leaves, and a midrib or costa that is spiny. A good hand lens will help with the identification. The genus, Syntrichia, is easy to identify because of its straight capsules, which are where the spores are found. The lovely starlike leaves with clear hyaline tips are diagnostic also.

Every area you walk through, visit, or live in has many adapted species of moss to look at and try to identify. The book, “California Mosses” by Bill and Nancy Malcolm, Jim Shevock, and Dan Norris is the main one I use for helping with identifying mosses. If you decide you really want to dive in deeper, then a dissecting scope and a good microscope will be necessary.

Below are more photos of some of the different moss species I have found out on the mitigation lands. I encourage you to try figuring out what mosses are around your home and as Robin Kimmerer says so beautifully “…looking at mosses adds a depth and intimacy to knowing the forest”.