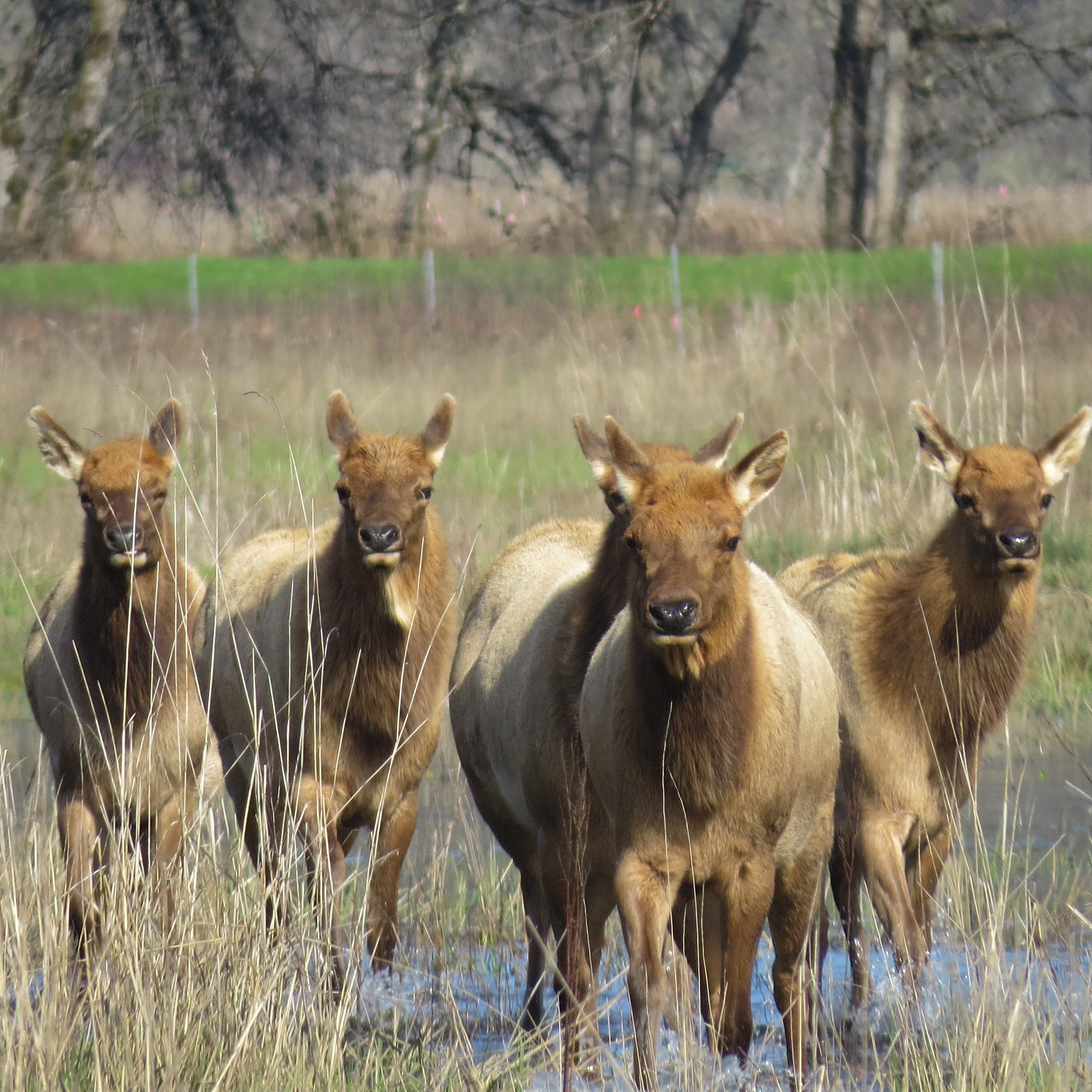 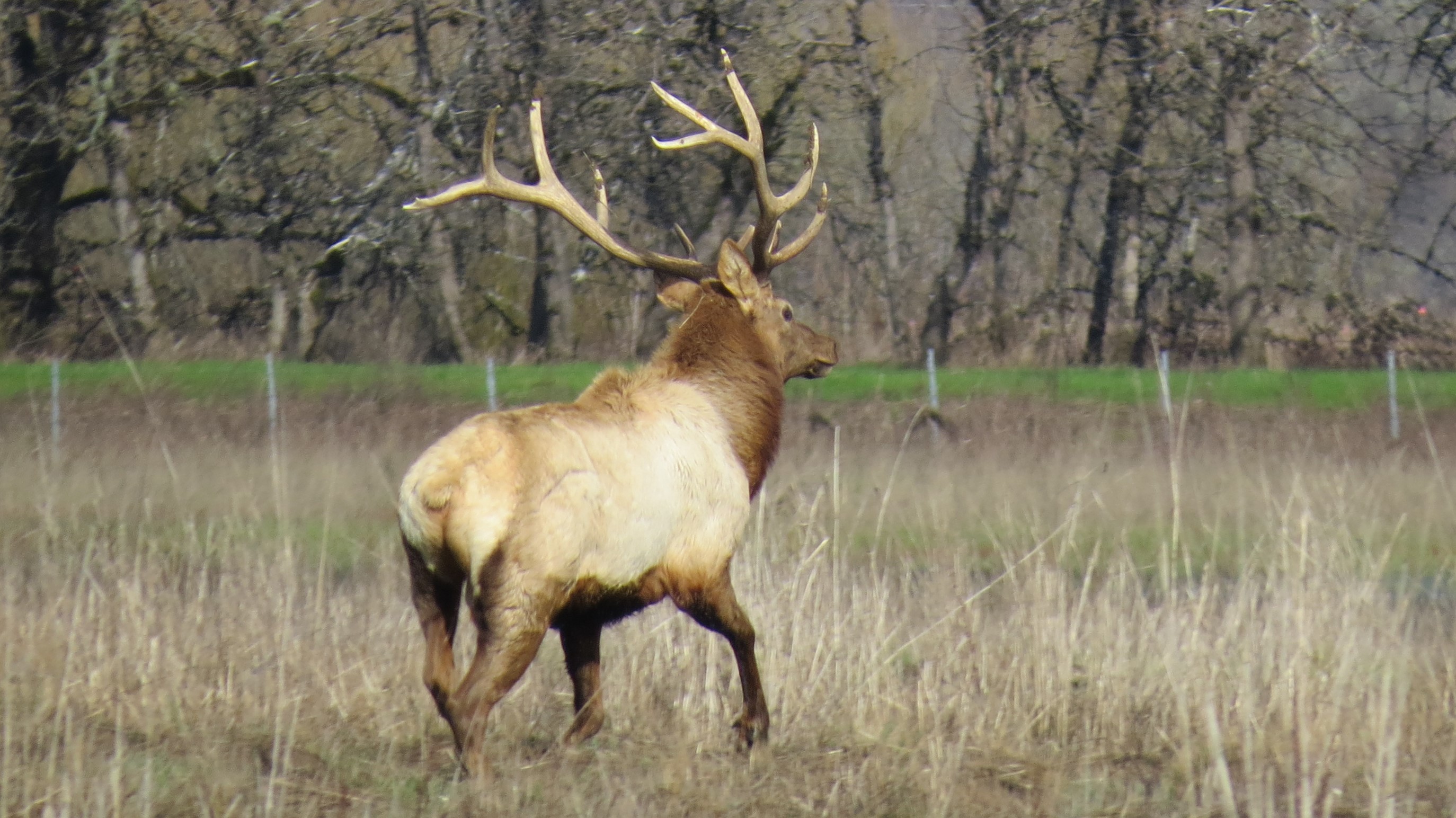 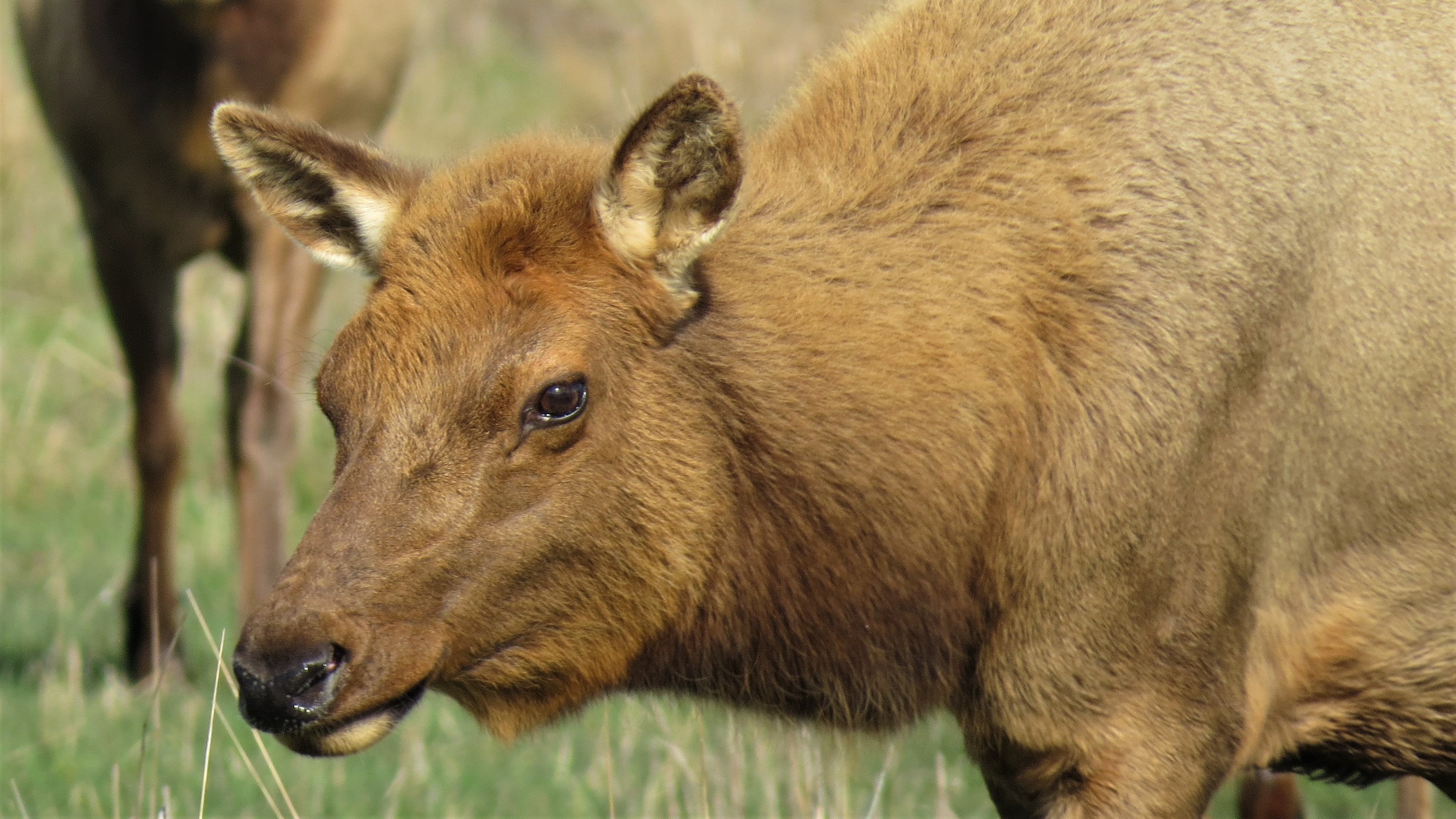 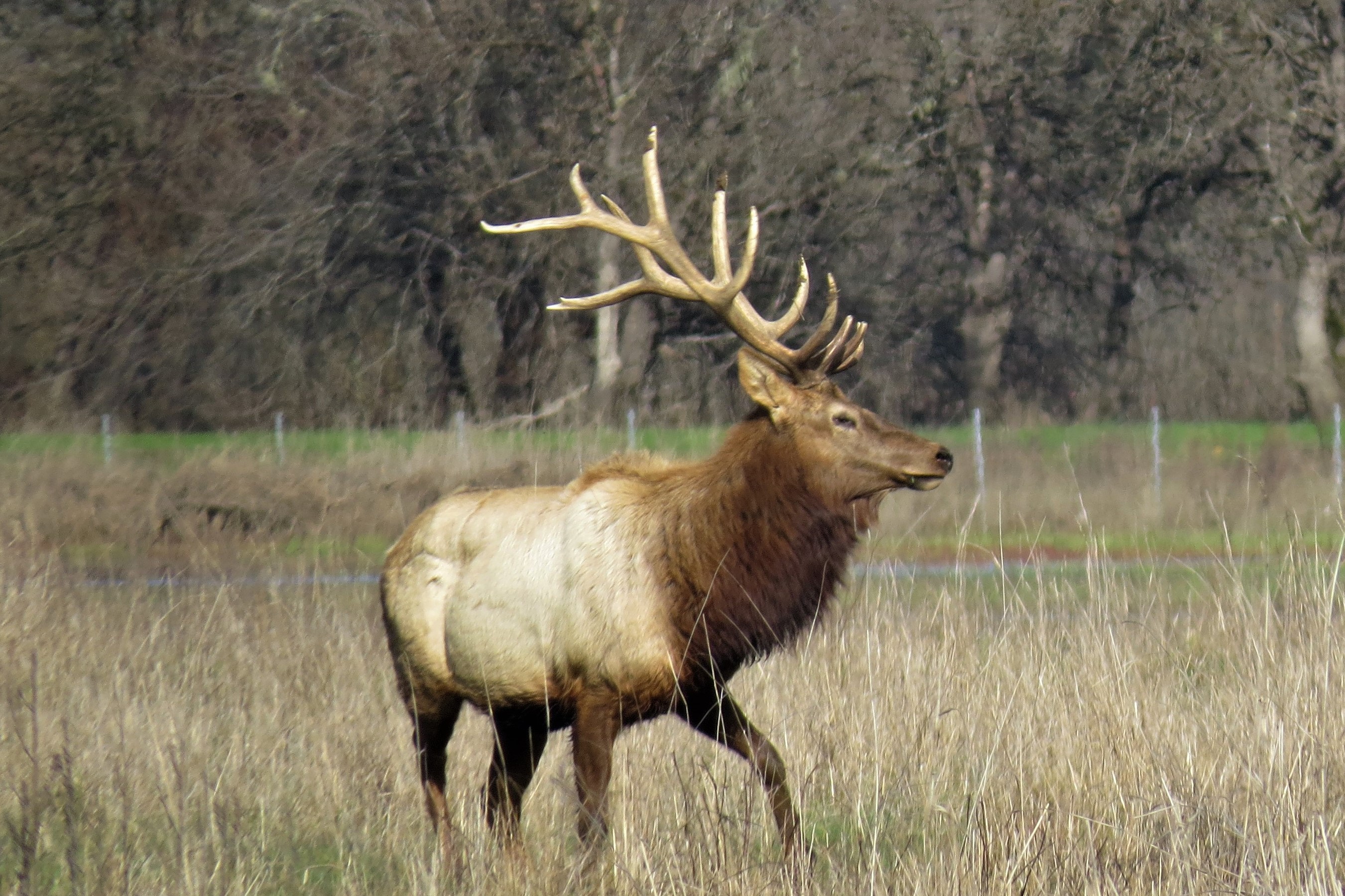 Another gorgeous warm blue sky day. Rain is in the forecast for later in the week which allows me to relax and enjoy this winter day that feels like spring. I have come out to the HARC 4 gate to see what the inundation looks like now that we have had a dry spell. It is still wet out in the pastures and I can hear the honking and calls of geese and mixed waterfowl. Putting my spotting scope on them I see American Widgeon, Mallards, and many Canada Geese. There are meadowlarks singing in the distance. As I make my way closer trying not to disturb a large number of ducks, I stop behind a fencepost and some ash trees, then set up to take a look in the other field. It still has some water and I can see there are a group of many geese in it. These are not the Canada geese but a group of White Fronted geese. I count 48 of them, the most I have ever seen in this valley. In the Sacramento Valley there are thousands of them, filling the sky with their own particular honking.

As I watch them happily eating I see a movement to the left, it is the herd of cow elk with the dominant bull way behind them. The cow elk begin to move forward rapidly, breaking into a run, heading directly to where I am standing. At first, I am thrilled because I am taking photos as they get closer and closer. These are the questions going through my head, are they excited to see me? Do they think I have food for them? Then I realize they are heading directly towards the open gate to my left and my spotting scope is right in the way! I carefully reach out to move it and something happens before my very eyes that makes me laugh out loud. The group of cow elk and their young stop in what looks like mid-air. They stop so hard that if there was dust it would have created a giant dust cloud. They make an about face and begin running in the opposite direction. In the meantime, the big bull elk in the back of the herd has seen me and he does the same, running with such force it looks like he is being chased. What I figure is that I was not visible until I made that sideways move and then it was such a shock, it scared them silly!

The White Fronted geese have stretched their necks up as high as they could to watch the spectacle and have become silent observers. It is a marvel to be out here with all of these enchanting creatures as the earth offers up entertainment every minute!