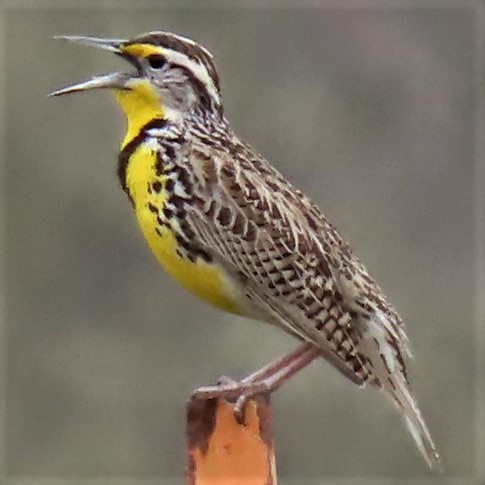 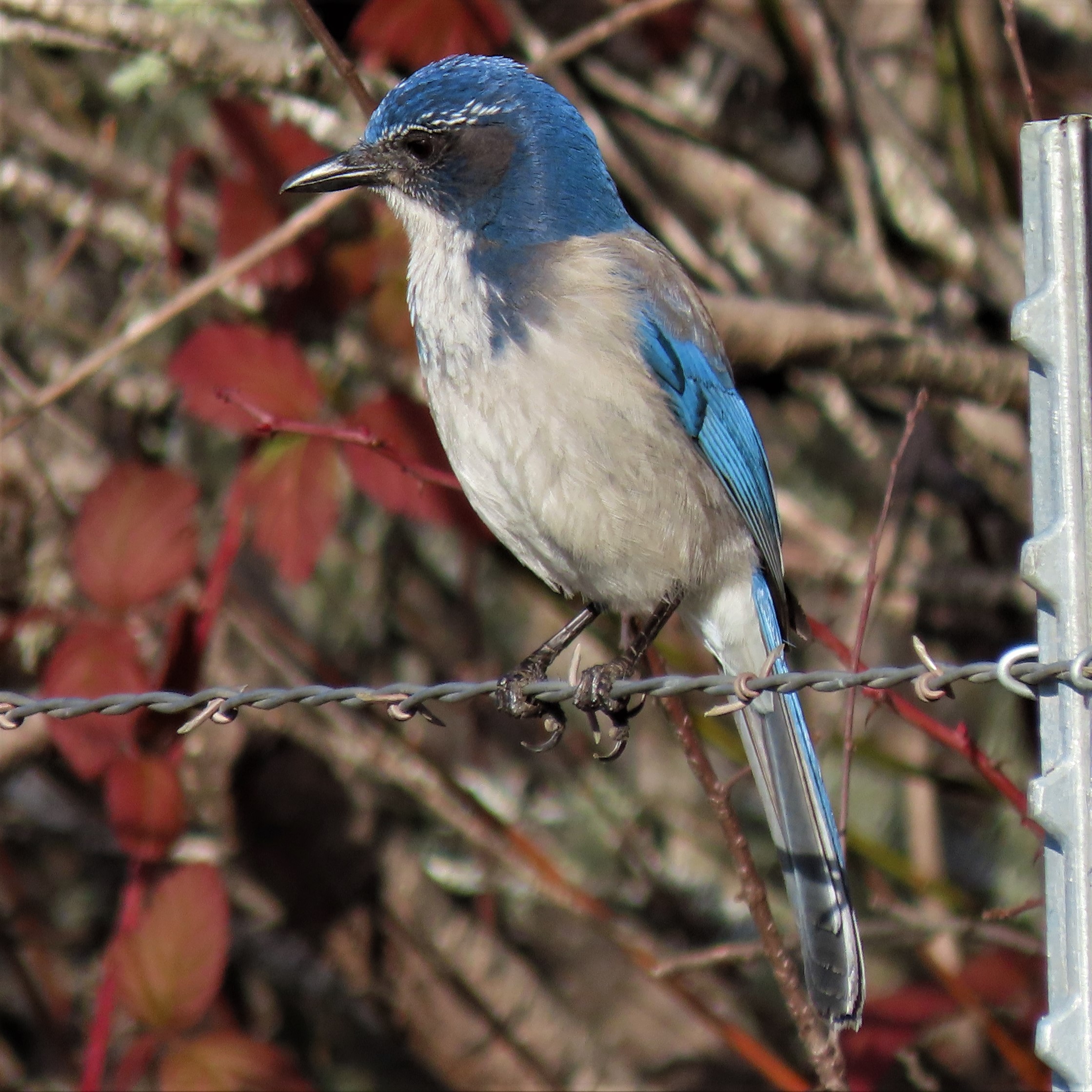 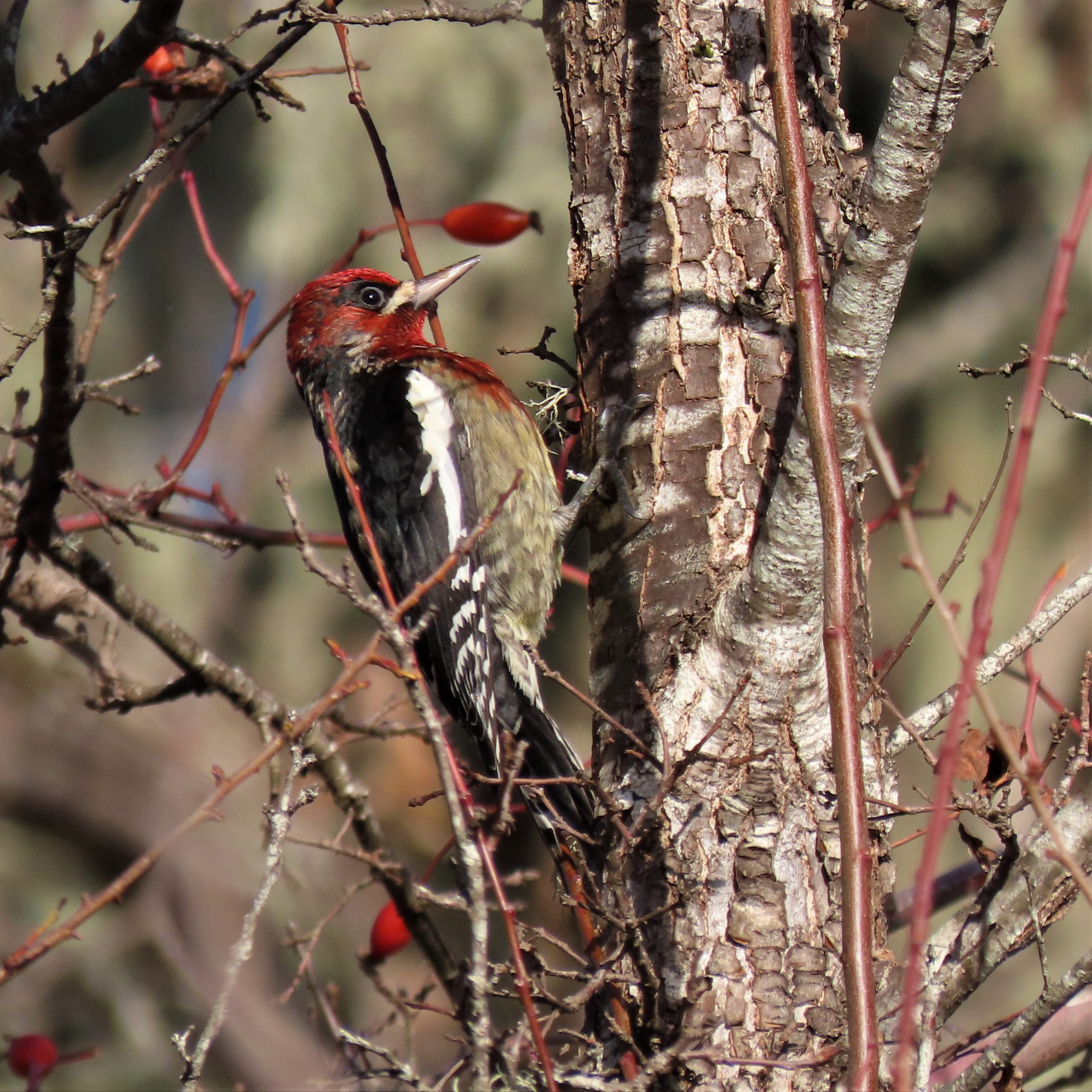 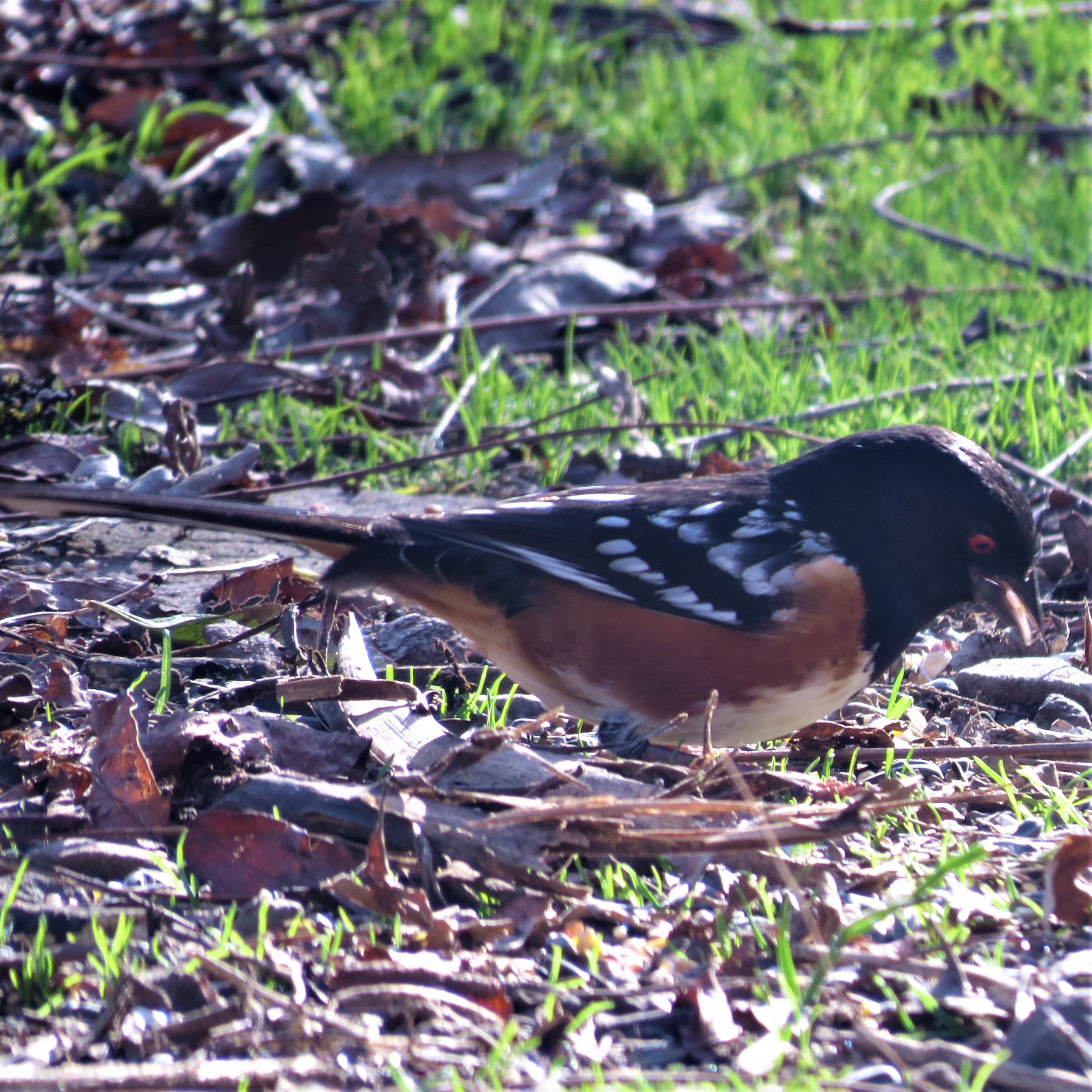 As the days of fall end, it gets darker earlier and the colors become more muted and what I call, “earthy”. These are shades of oranges, yellows, and all manner of browns that are a softer version of what they were a month ago. On a fence pole I spot a golden-yellow bird whose color has not yet faded in the least. It is a Western meadowlark, a short-tailed resident of our valley in the blackbird family. They continue to sing their melodic song during this colder season but not as frequently as in the spring and summer. As I said in a past blog, it looks like a Christmas tree ornament when it is up in the branches of a tree.

Walking along Berry creek there are a few bright red rose hips which cause me to look up right as I hear a Red-breasted sapsucker. Both sightings cause me to realize how much more vibrant some colors are this time of the year. Maybe it is the position of the clouds or the angle of the sun, but the red and yellow on that sapsucker is brilliant! Its’ long bill is rat-ta-tat-tatting around the trunk of an alder tree. One of our resident year-round woodpeckers, its call sounds like a squeaky toy.

Right away a California scrub jay is attracted to the sound, and again I notice it is a beautiful blue. It looks as if it has put on a new fresh coat of blue paint. This is a commonly seen resident bird this time of year, often with an acorn or two in its mouth. It dips and bobs its head as though dancing while making a scratchy “chee chee chee” call. This species is responsible for planting many oak trees as acorns are one of their favorite foods and will store them in the ground for a later meal. The bill of a California scrub jay is stout and hooked, giving it extra power and grip as the birds hammer open acorns in their oak woodland habitats.

The next bird that hops out of the creek area is another beauteous resident of the valley and probably every backyard in town too. It is a Spotted Towhee and its black head, white belly and spotted back, rufous red sides, and especially its glowing red eyes make it appear quite spectacular in this subdued lighting. I observe its two-footed, backwards-scratching hop. This “double-scratching” is used by several towhee and sparrow species to uncover the seeds and small invertebrates they feed on.

With each bird that appears, I see that there are dazzling colors everywhere. They brighten up even the dreariest of days.