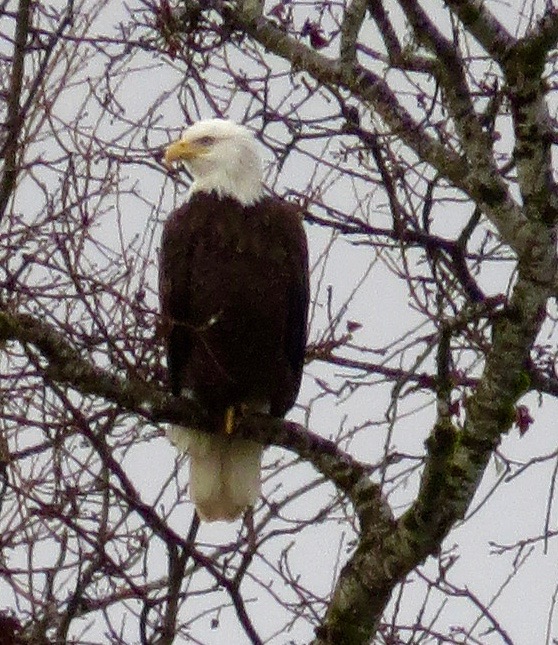 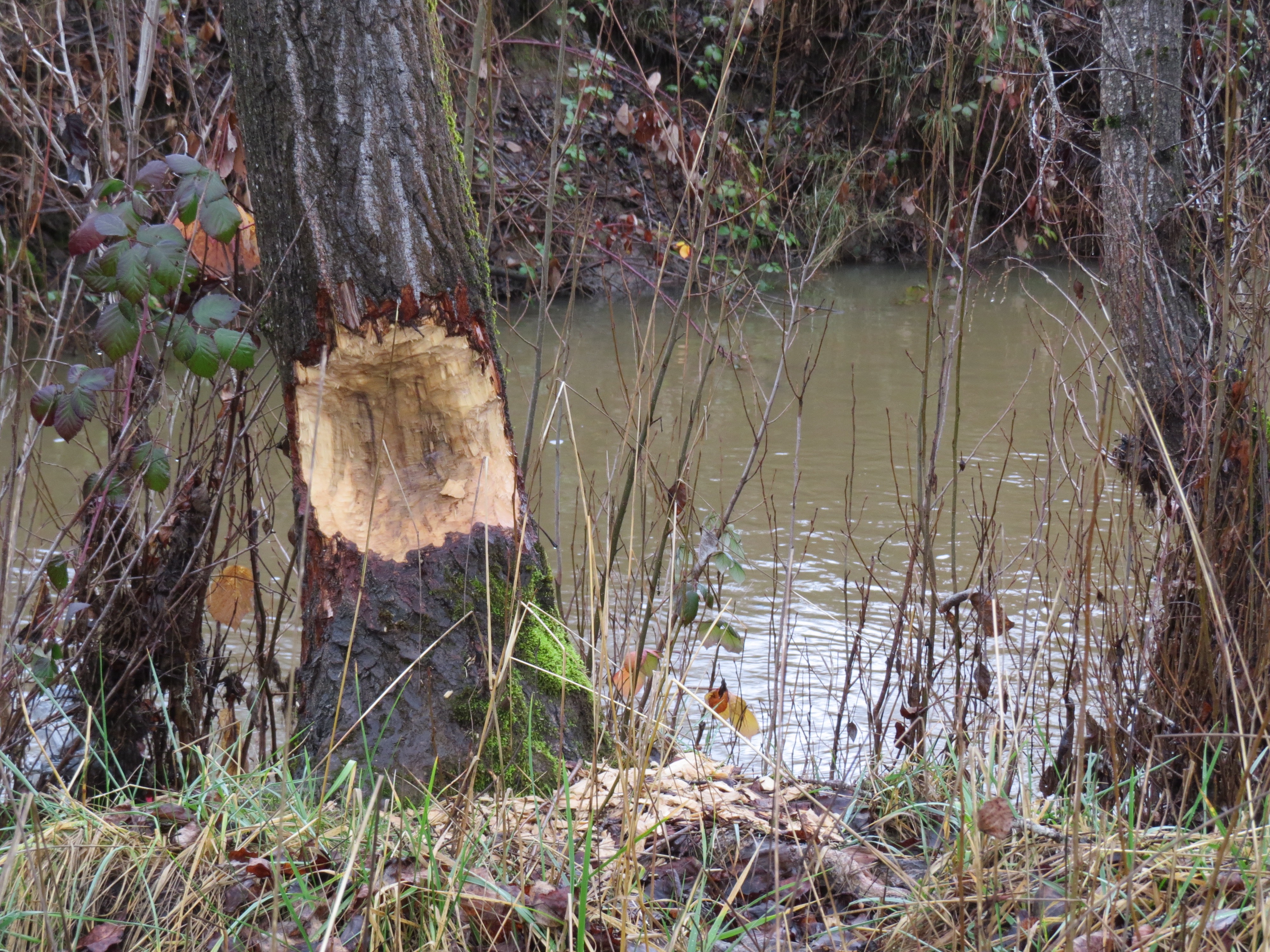 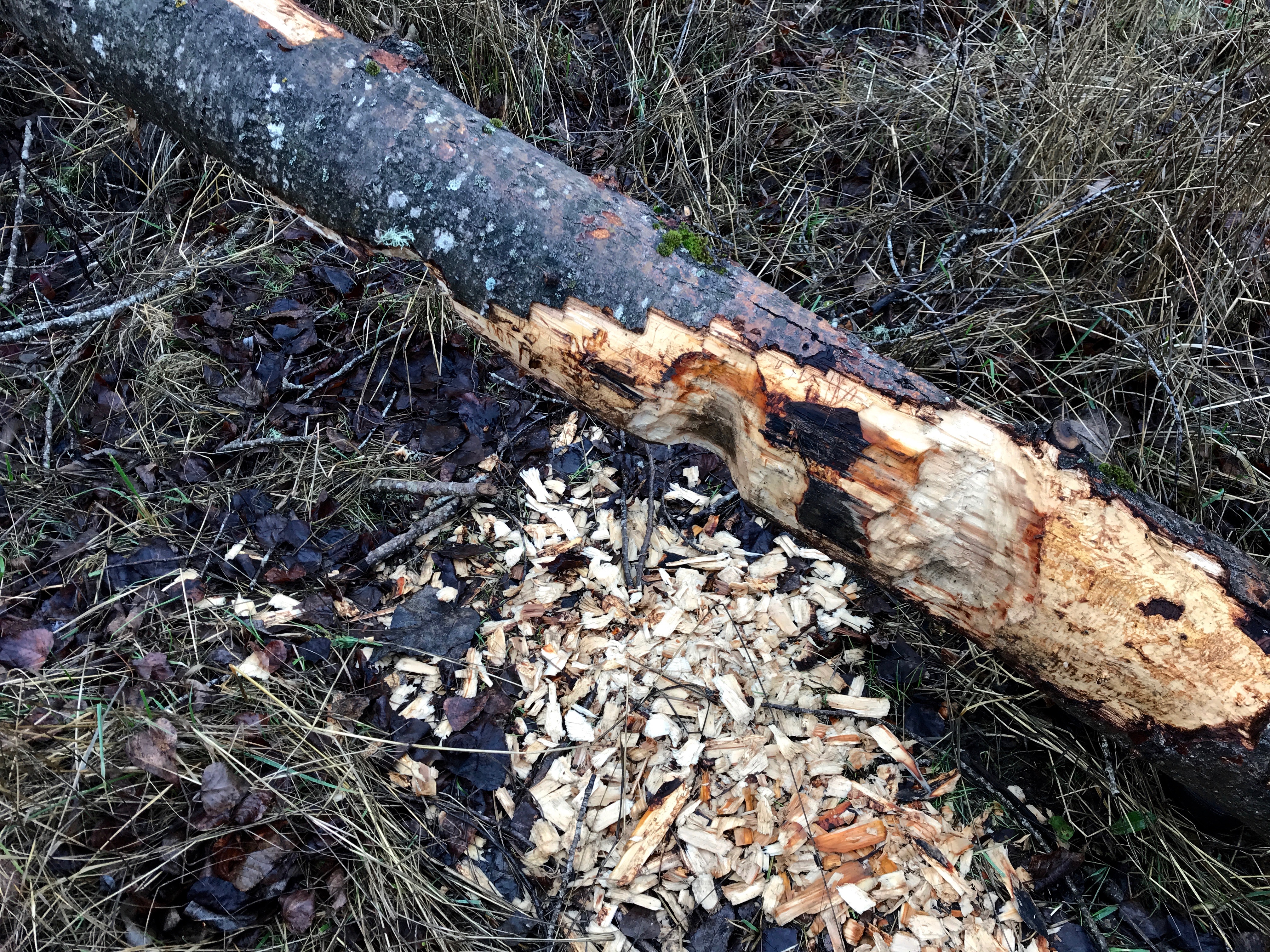 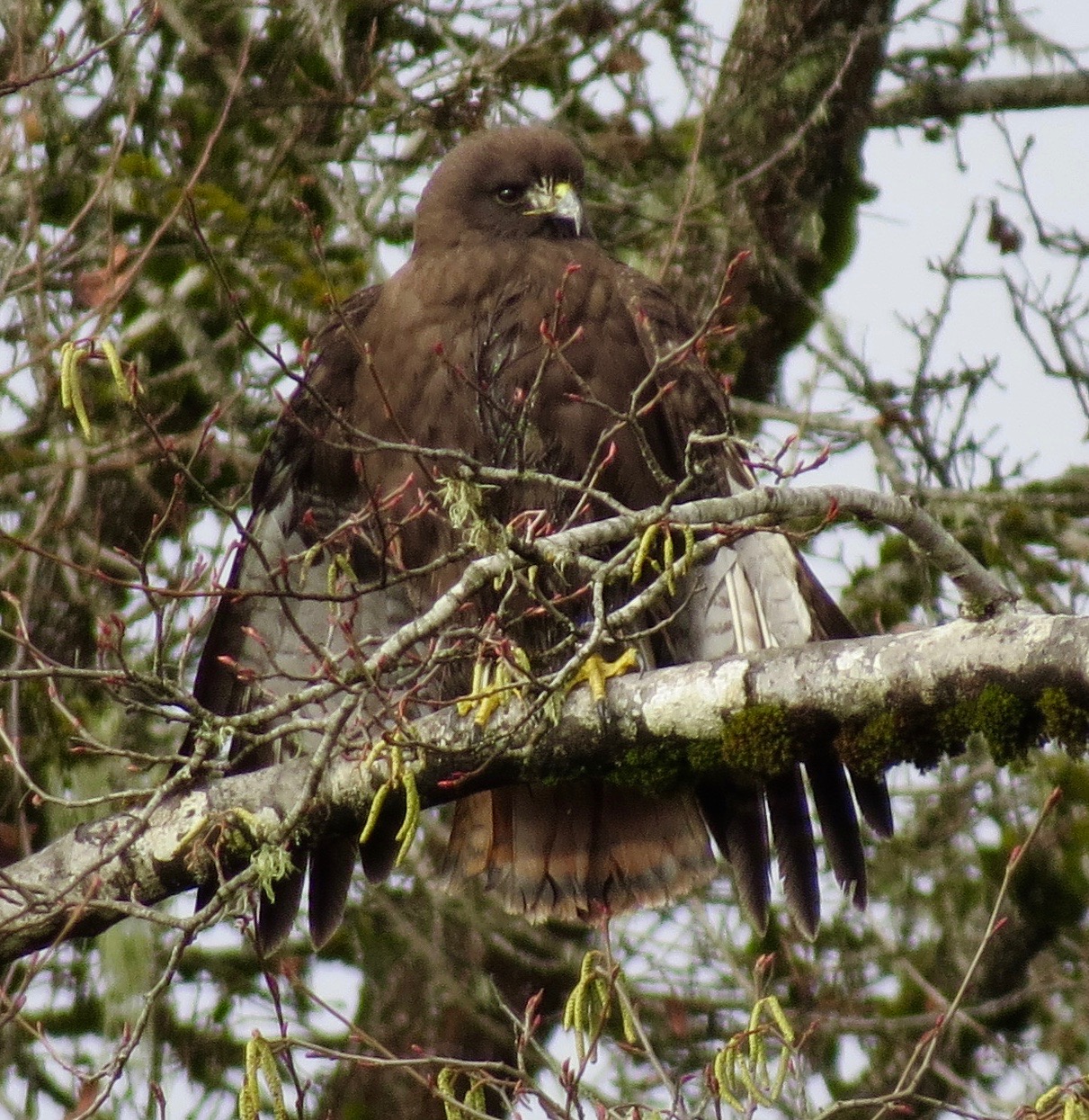 It is a typical winter day. It is grey and foggy, not the kind of fog that one finds at the ocean but a Willits ground fog that comes up from the very wet ground. I am in the south end of the mitigation properties, at the north end of the Willits waste water treatment plant. I have come to try and get a photo of the beaver that my colleagues and myself saw earlier in the week. It was a large, busy beaver living in the Outlet Creek. We were hoping to see it and were surprized by its sudden appearance and then disappearance! Beavers may have been historical residents of the Willits valley but have not found records that say anything about them. They are recent additions to the Willits local fauna and I for one am very excited to see them here as part of this watershed. Beavers are marvelous dam builders, they are the worlds second largest rodent, and one of the few mammals that significantly alters its habitat to suit its needs.

It can and often does set back ecological succession and brings about changes in vegetation and animal life. According to the author of the book, Water a Natural History, Alice Outwater, it is estimated that as many as 200 million beavers once lived in the continental United States. She also goes on to say that beavers are a keystone species because where they build dams the wetlands spread out behind them, providing homes and food for dozens of species from migrating ducks to elk, from fish to frogs, to great blue herons.

I am out here to get a photo of this amazing member of the wetland community. I approach quietly but do not see any beaver, only the signs of its diligent work. Since they are very powerful, and can drag a 20 lb piece of wood with its jaws, it is obvious where it has been chewing. The tree is about a 2 foot diameter trunk and it is eaten about half way through! There are smaller logs that have been chewed, leaving behind piles of wood chips like a chain saw would. A beaver is about 3 to almost 4 feet long, including its tail, and weighs 28 to 75 lbs. It is believed that there are about 10 million beavers left in North America and I am thrilled that there are at least two areas in the Willits valley where they have chosen to live. Hopefully I will get a look at this fantastic mammal on another day.

Above me I hear the screams of a Red-tailed hawk and see an adult Bald eagle fly over and land in a valley oak. It diverts my attention from searching for the beaver. It is such a magnificent, and powerful bird. Its’ eyes are on the ducks that are in the ponds, but for now it is content to just look. The Red-tailed hawk has also landed in an opposite tree, where it looks bedraggled from the morning fog. It is an extremely dark version called a dark morph, which I try to make into some other kind of hawk until I clearly see that it has a red tail.

Once again I am filled with wonder at how there is always something interesting to look at in our valley.