A Kettle of Kites 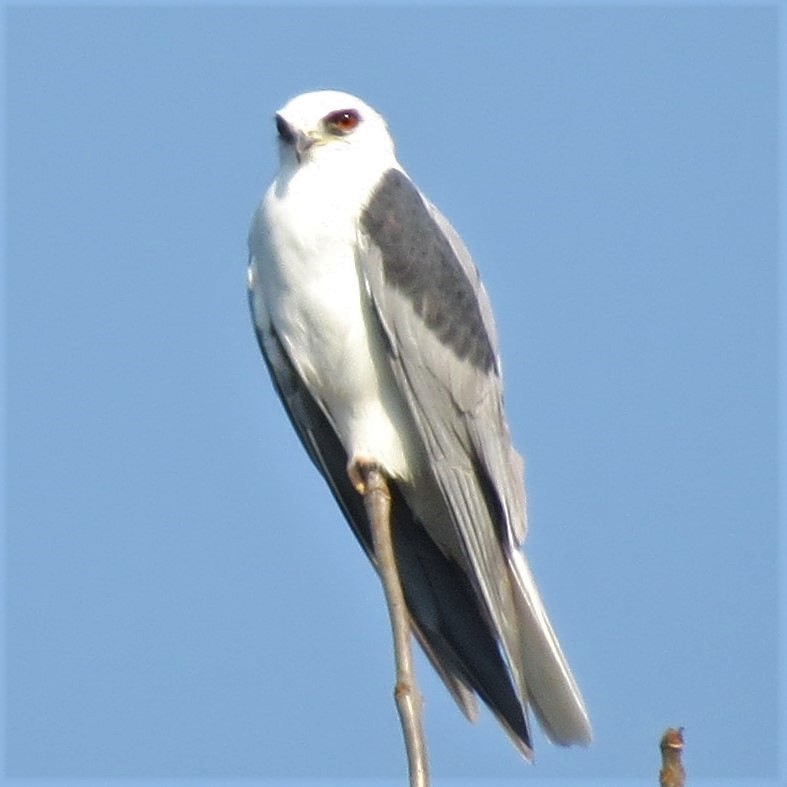 Adult White-tailed Kite perched high in an Ash tree looking into the grassy meadow below. 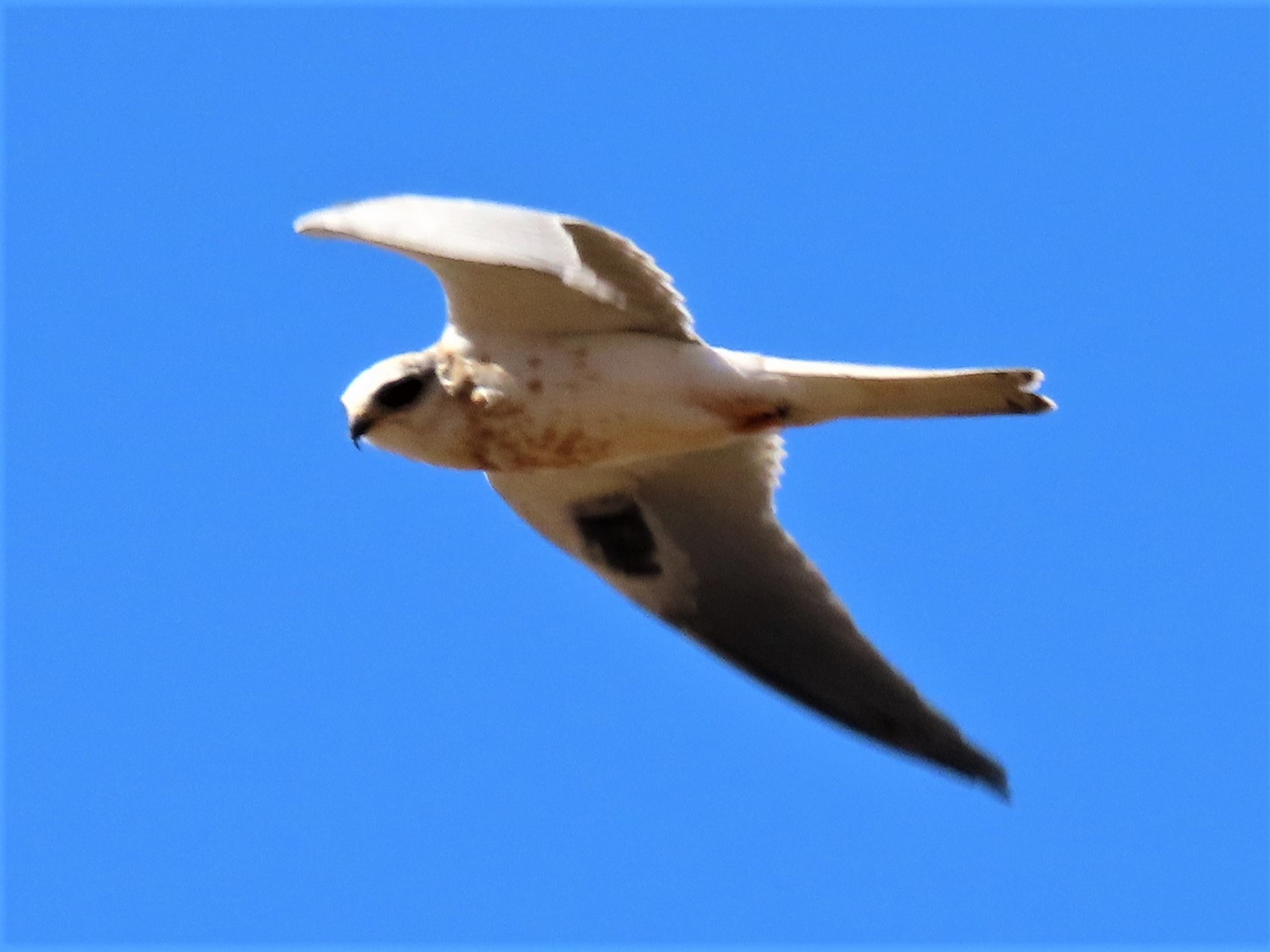 Juvenile White-tailed Kite flying in Kettle with others. 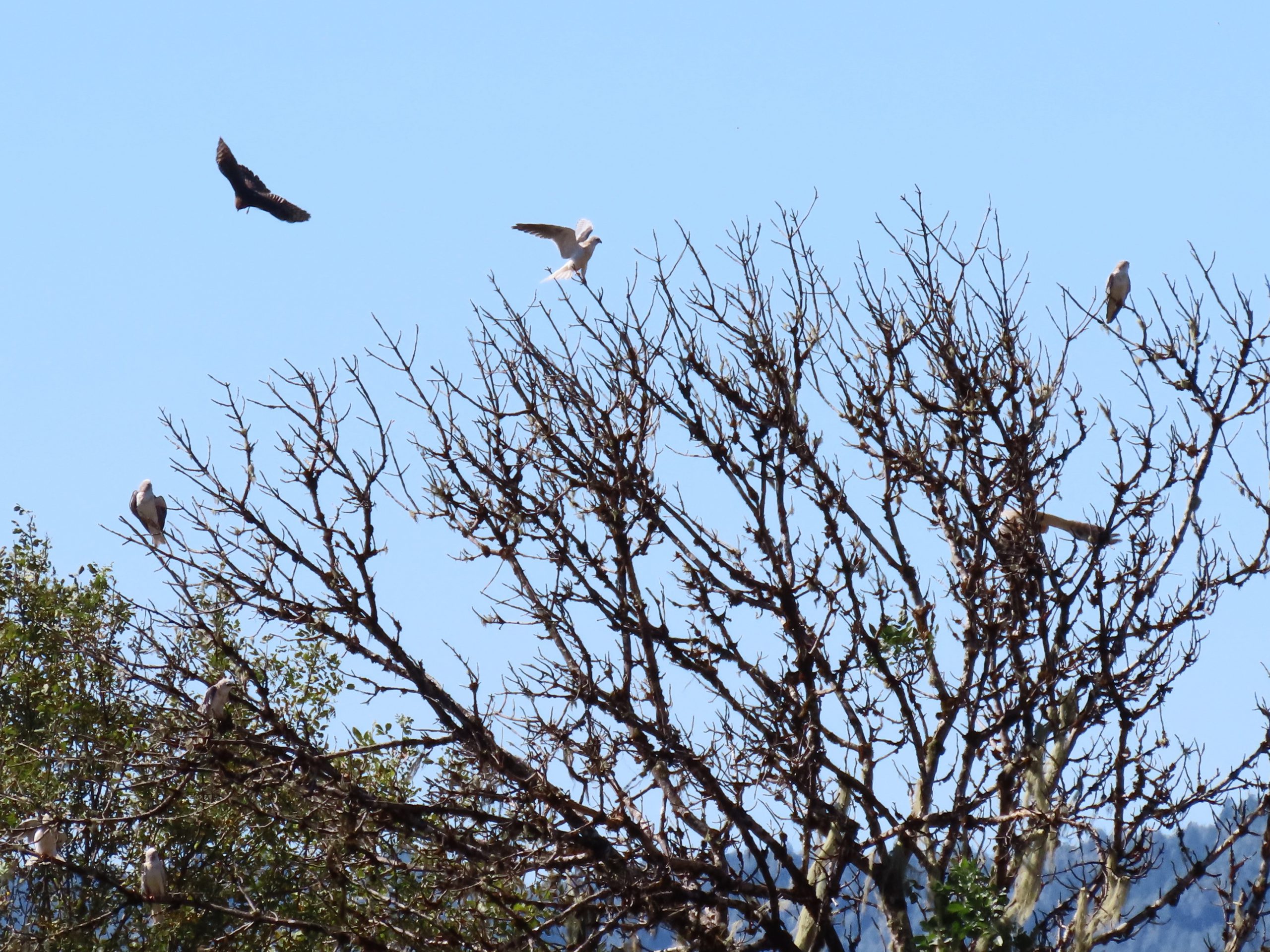 At least 5 Kites in the Ash tree next to another Ash with 5 or 6 more Kites. 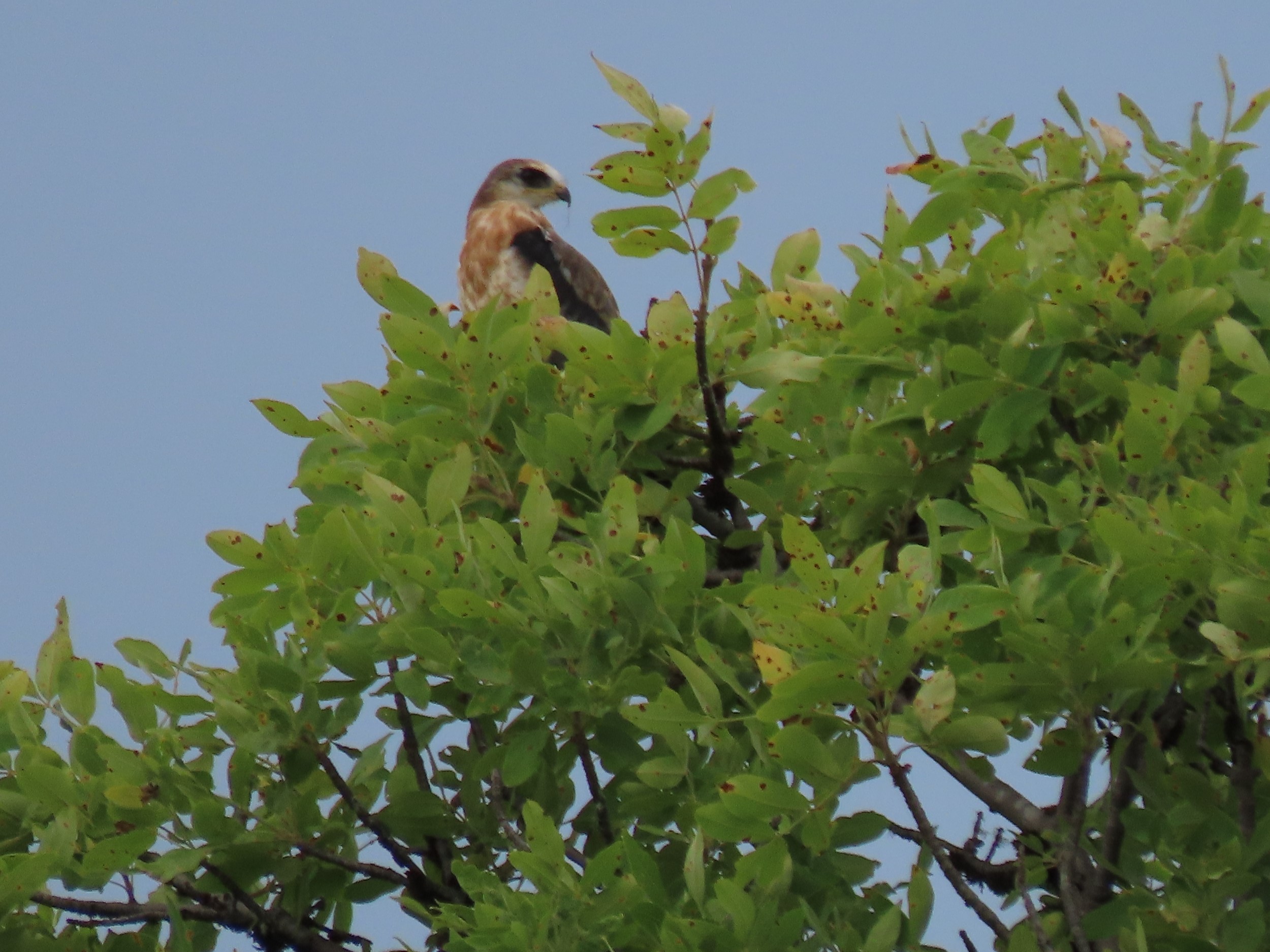 A juvenile Kite busy crying for food while the rest of the group is “kiting” and making lots of shrills, whistles, and “keep-keep-keep” sounds.

Around mid-August one of our small and graceful raptors, the White-Tailed Kite, Elanus leucurus, fills the air with its ‘plee-wit, plee-wit’ warning call or its ‘keep-keep-keep’ whistles. It is mainly white underneath and can be mistaken for a gull due to its black wingtips and shoulders. It gets its name from its white tail and its fluttering behavior called ‘kiting.’ This year appears to be a very good year for our Kites nesting on the mitigation lands. There were at least four pairs from the south end to the north end that each successfully raised two young. A great visual of this was when a few days ago on the north end of the valley, the trees were suddenly full of White-tailed Kites. When I counted them, there were sixteen! It was a beautiful display, with adults flying high into the sky and fluttering down to the treetops while the juvenile birds tried out their aerial skills. All would land in the trees and make lots of noise and then one by one take off into the air to soar and flutter like kites. It looked like a dance of angels!

I read recently that Kites are social birds outside of the breeding season, and that they often roost communally, sometimes in groups of up to 100! Watching these 16, I imagined what that would be like, extraordinarily fantastic for sure.

It was once thought that White-tailed Kites only ate voles but now it is known that they eat many types of rodents including rabbits, shrews, gophers, and rats. As with many birds of prey, or raptors, they will also eat birds, insects, lizards, snakes, and frogs.

White-tailed Kites form pair bonds that last only during the breeding season.  Both the male and female help to build a small nest in a treetop which will be reused year after year. This sounds a bit tricky but maybe one half of the old pair decides the nest is hers or his? In a valley as small as ours, the pairs either recycle their partners or new partners are found from other Kite populations coming in from other territories. Kites are mostly resident birds with no regular migration, but they do wander widely. They are found throughout the Americas with California and Texas having the highest numbers in North America. Since they prefer to hunt grasslands, riparian valleys, marshes, and shrublands, our Little Lake Valley is the perfect habitat for the graceful White-tailed Kite. Each day, no matter where I am walking on the mitigation land, there are always Kites to watch and thrill the senses.