A “Day of the Dead” Blog 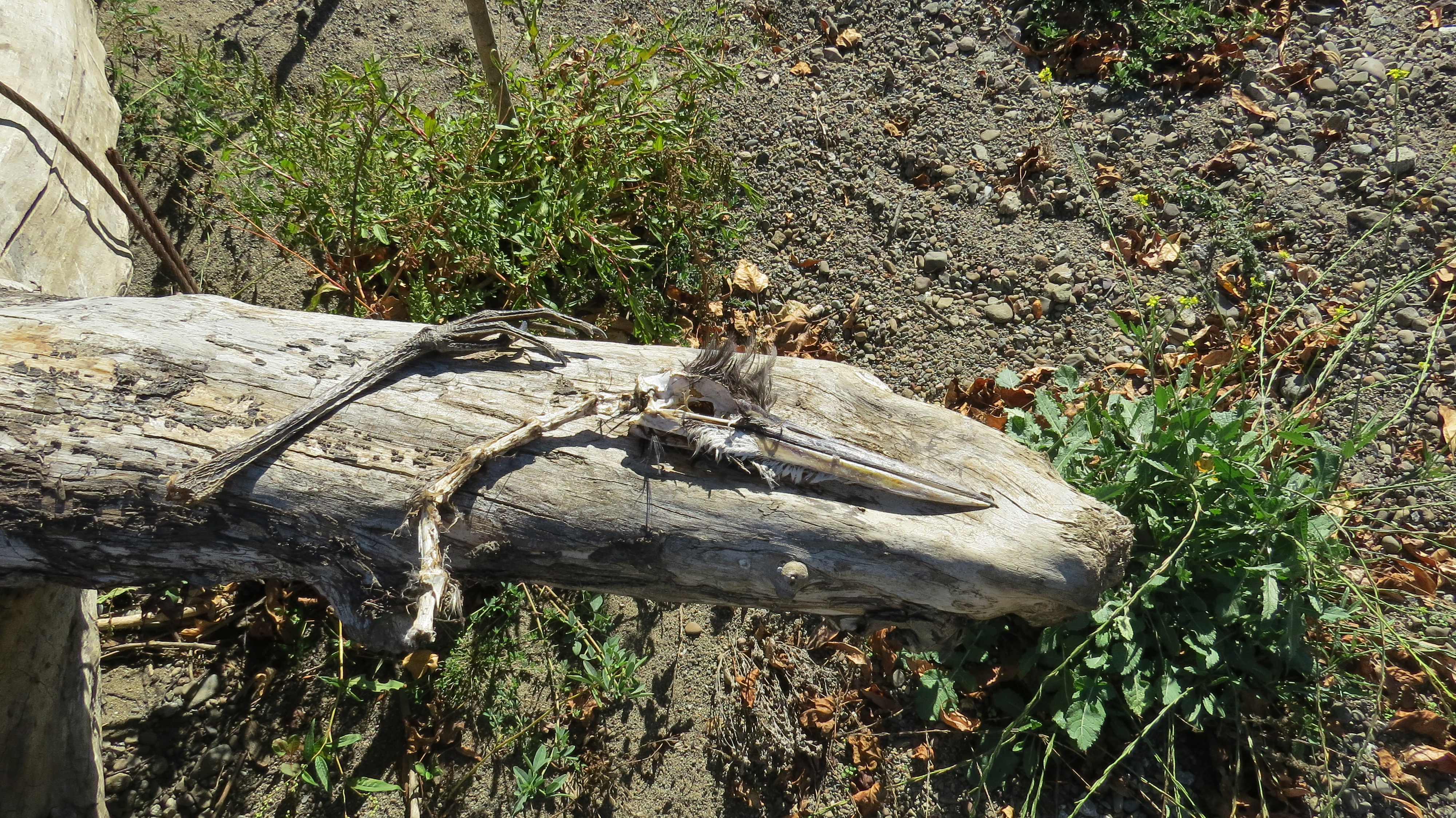 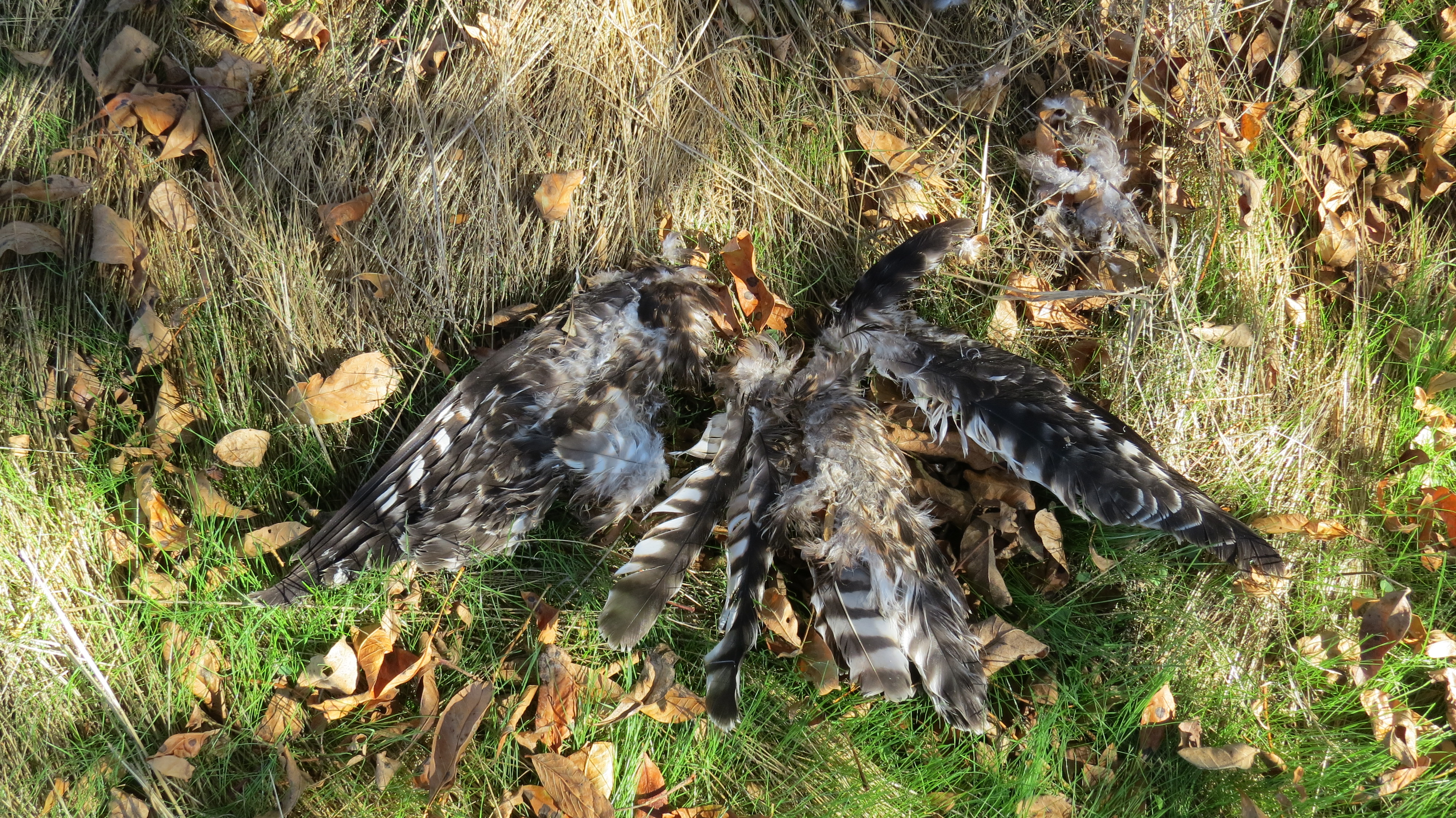 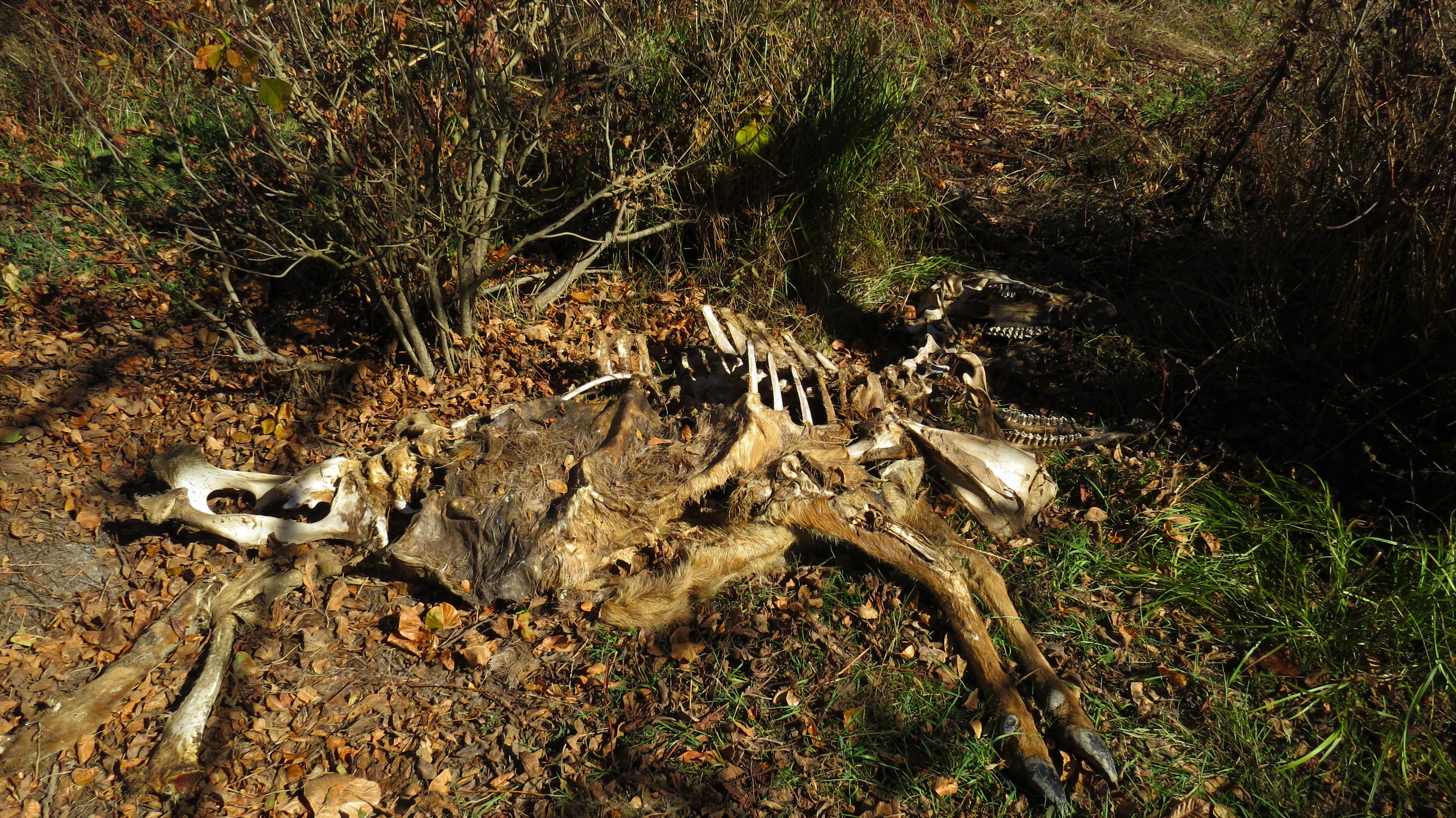 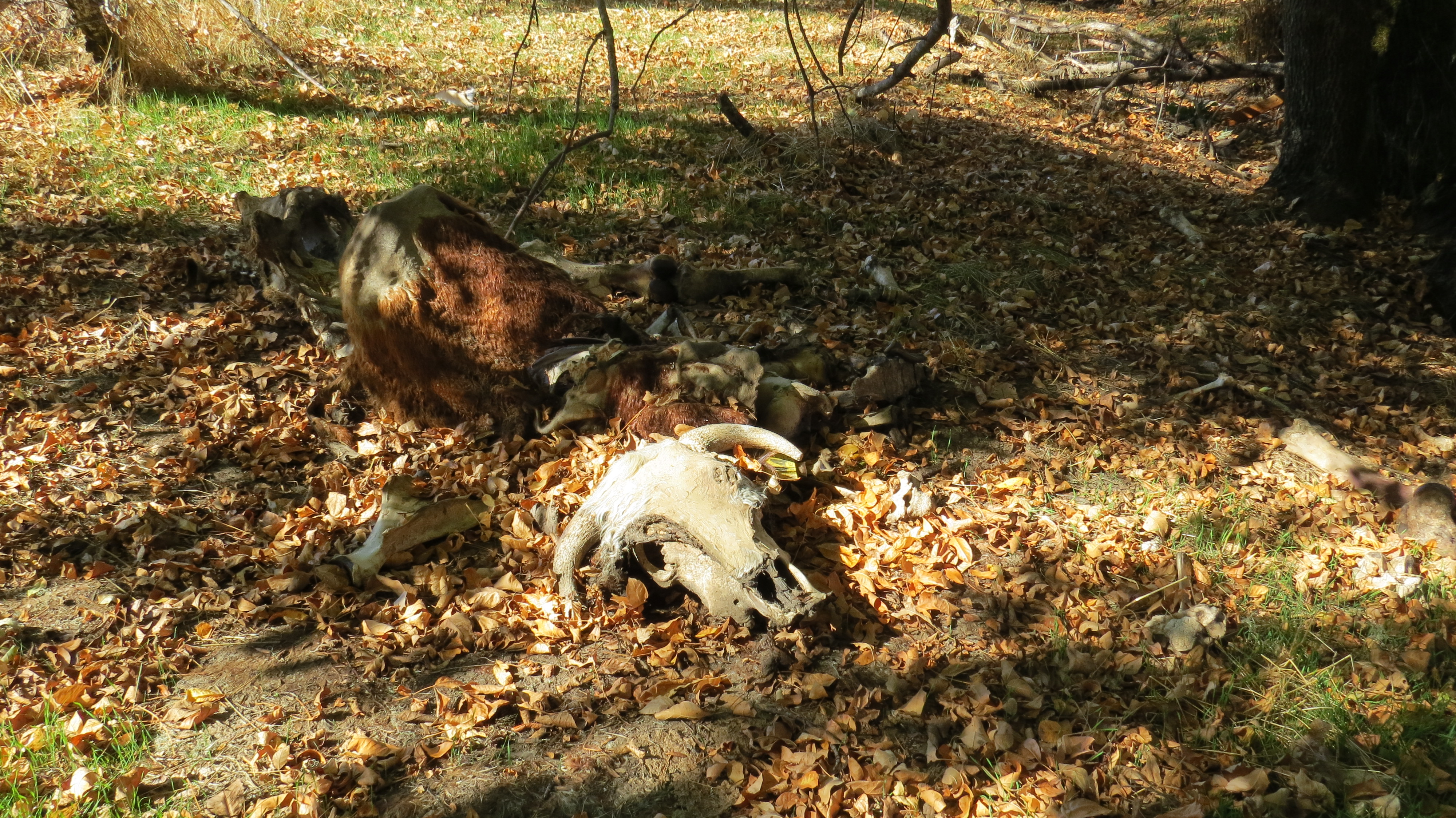 As autumn progresses and Halloween approaches I begin to see the earth around me full of signs of the season. I am not a great fan of Halloween but prefer the celebration of the Day of the Dead, El Dia de los Muertos, because I do love the idea that it is a time of remembrance and appreciation for the beings that have passed on, relatives, pets, and even the wild creatures that live with us. With this in mind, I have taken a few photos of some of the animals I have found in the valley that have died and left their remains for the rest of “animaldom” to feast upon. The first dead creature is a Great Blue Heron that I found on the shore of northwest Outlet Creek. Its huge wings were spread out over a large area, with the head and feet separated from them. Trying to figure out what may have killed, and then eaten, this large bird with its very long powerful bill, I think it must have been surprised by something like a Bobcat or a Coyote. What a meal it must have been for one of them! The next animal I found was a Tule Elk cow in the tule marshes in the north end of the valley. At first in discussing it with my colleagues, we had thought that maybe it died giving birth, but after finding a mountain lion scat nearby, I now think it was a lion kill. ( Maybe during a difficult birthing) This animal was indeed a feast for many, probably from bear, to turkey vulture to carrion beetles. In an animal dying the earth gains rewards. The next creature I found was a Red-shouldered Hawk with only the tail and wings present. It must have been a Peregrine falcon feast, or at least it appears so. This was a juvenile bird that may have not been on the alert as much as it needed to be. The last skeleton I came across was a dead cow. This animal had been dead a long time(as had the elk ). Many of the bones had been dragged away and had been chewed upon. possibly by meadow mice, skunks, foxes, and many more animals that used the calcium from the bones to enrich their own bodies.

There are many more stories to be learned from the study of bones from dead animals and in fact, there is a whole science devoted to this called, Zooarchaeology. A person who has this informative job is called a zooarchaeologist.